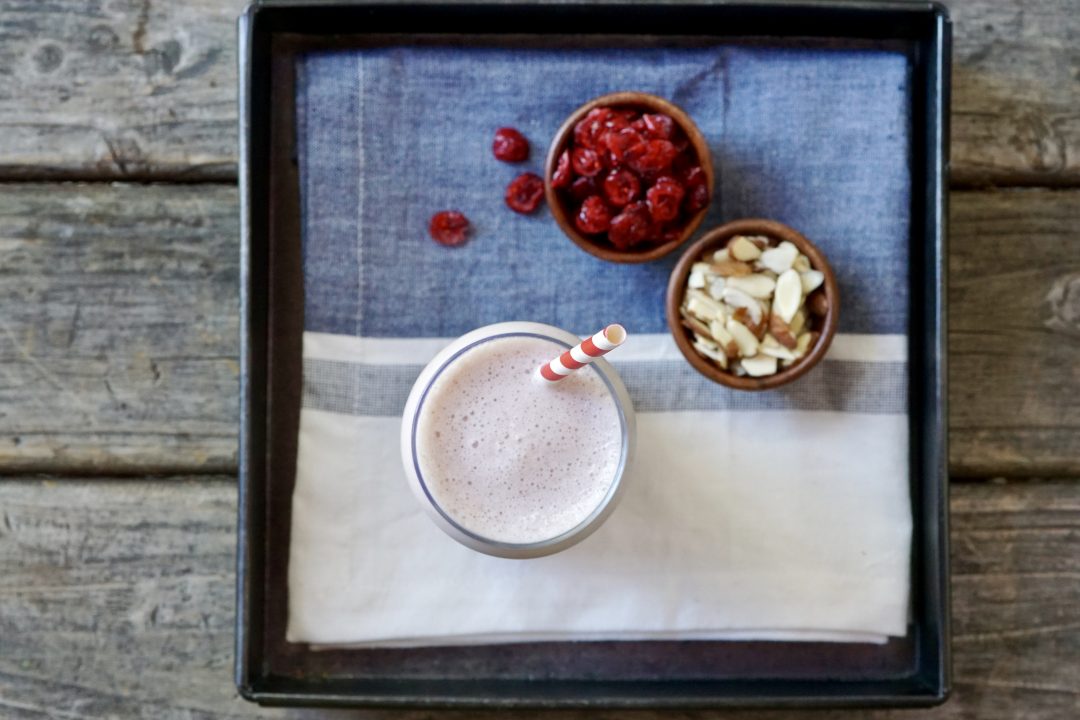 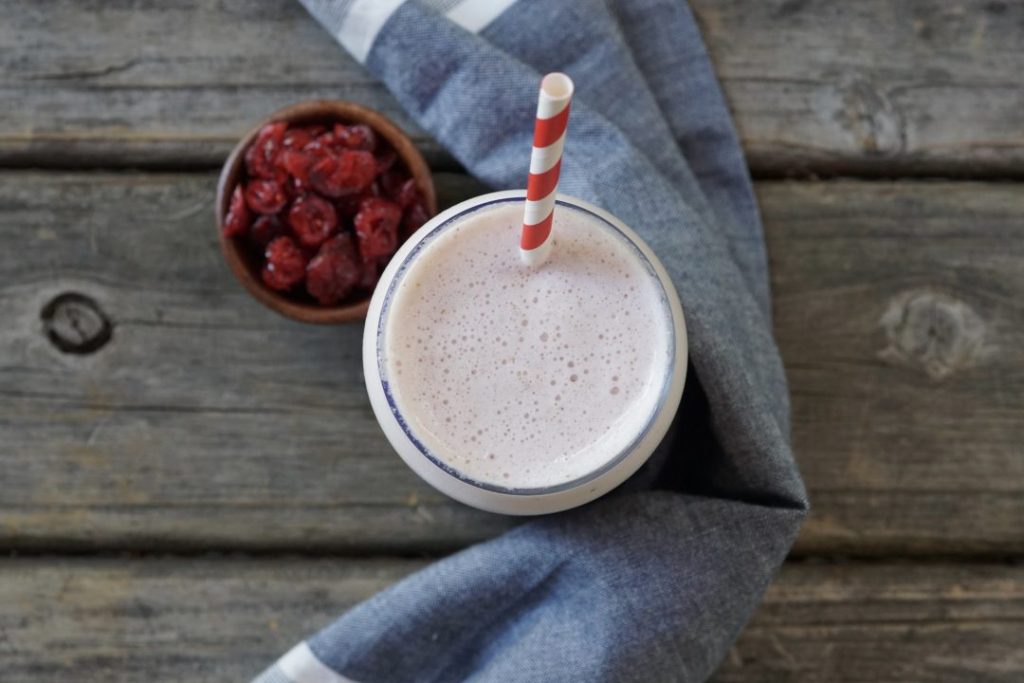 In developing this recipe, I just had to find out more about the history of creamsicles themselves. A creamsicle, for those who don’t know, are essentially popsicles with an ice cream center. The most common flavor by far is orange. To credit this frozen treat properly, “creamsicle” is actually a brand name for the frozen treat owned by Unilever. A man named Frank Epperson from Oakland, California invented creamsicles way back in the early 1900’s. Epperson, at only 11, successfully completed an experiment when he was able to enclose vanilla ice cream inside a frozen layer of powdered drink mix. He titled his invention the”Epsicle” ice pop which was later renamed “popsicle” and later referred to as “creamsicle” and sometimes “dreamsicle“. Epperson sold his rights to his popsicle invention in 1925 due to financial difficulties, but his invention would never be forgotten. 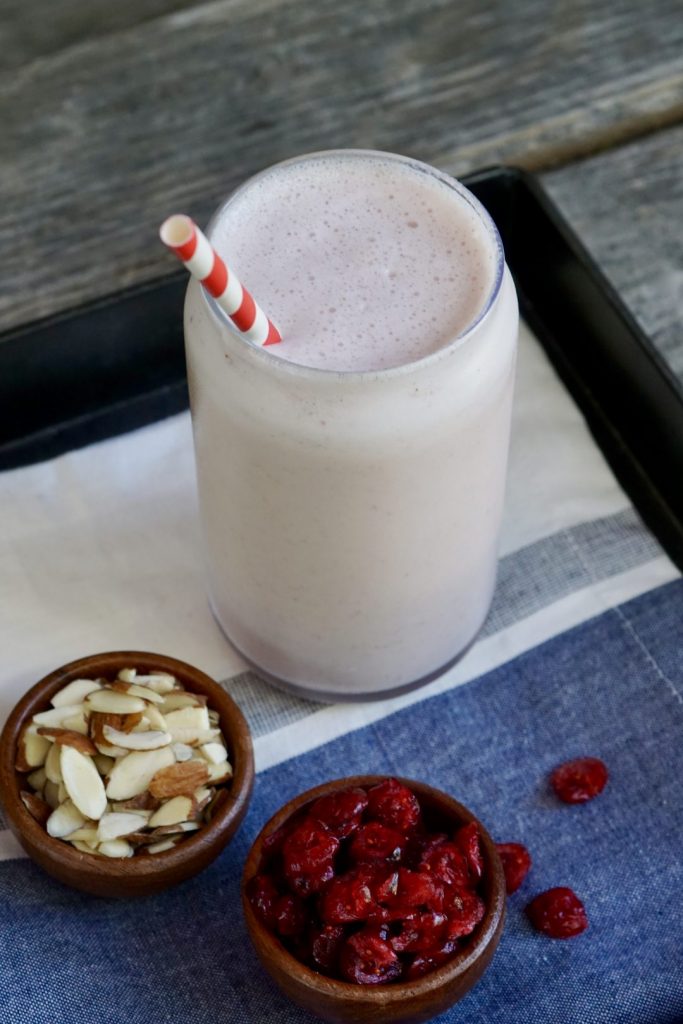 To complement the orange, I added my favorite nut (almonds) for a nice nutty flavor and cranberries for some tartness. Cranberries, native to North America, are farmed on roughly 40,000 acres across the United States and Canada. Despite what you might think, cranberries are a healthful “superfood” due to their low-calorie and high nutrient and antioxidant content. Falling on the slightly sweet but not overly so scale, this smoothie can add protein to your day morning, noon or night. 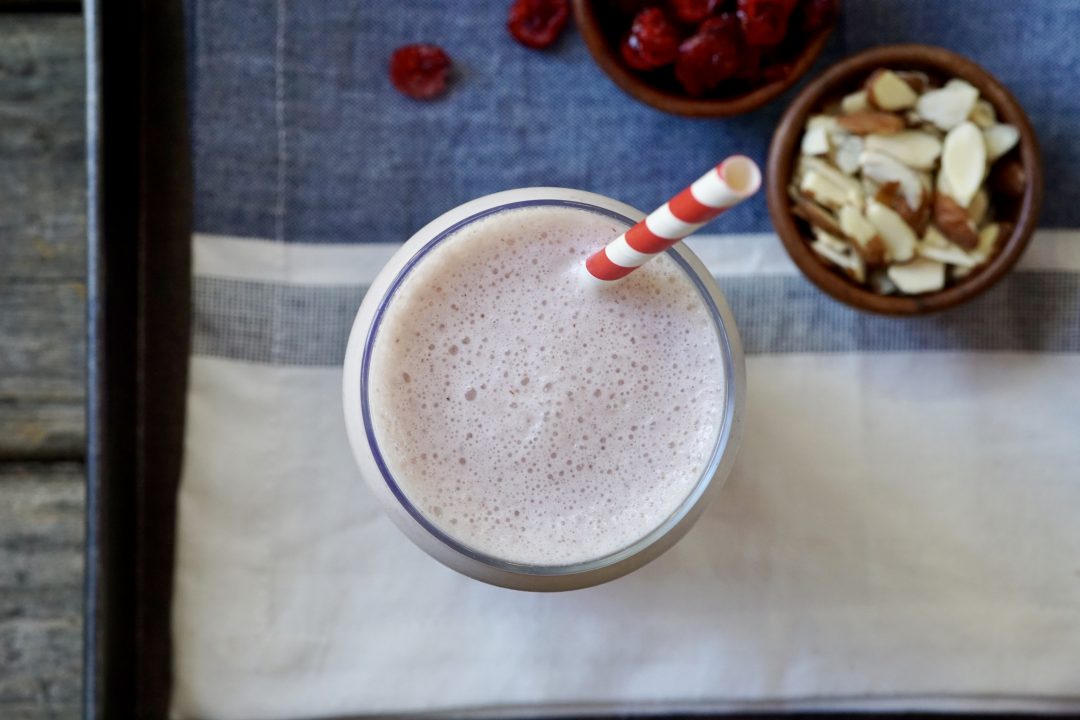