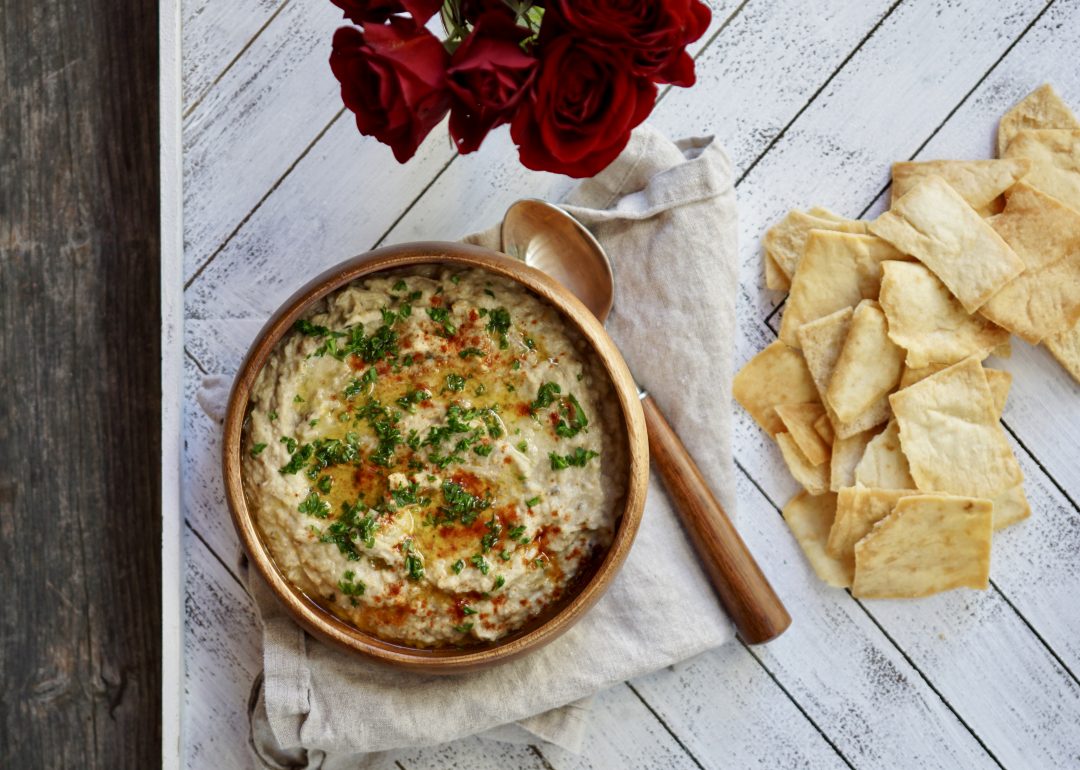 Baba ganoush is a levantine dip of mashed broiled eggplants, blended with tahini, olive oil and seasoning, and it’s a dip I love making in warmer months. There’s lots of speculation about the origin of baba ganoush, but this iconic dip (or a similar version of it) has likely been around, for over 1000 years. In Arabic, “baba” means father and “ganoush” means pampered or spoiled. Some believe the name is perhaps a reference to the dips supposed invention by a member of a royal harem, so “pampered daddy“, although the perfect name for a rap song, may have been a sultan.

Considered “exotic” when I was growing up, my kids now request it with their falafel. Served mostly as an appetizer, this flavorful, popular eggplant salad (as it’s also referred), is considered a creamier companion to hummus. Popular in many Middle Eastern countries such as Syria and Lebanon, but also as far reaching as Brazil and West India. Baba ganoush can also be seen on Greek and Roman tables and it also popular in Pakistan, Bangladesh, Israel as well as the United States. Truthfully, there are not many dishes that have crossed such cultural divides. 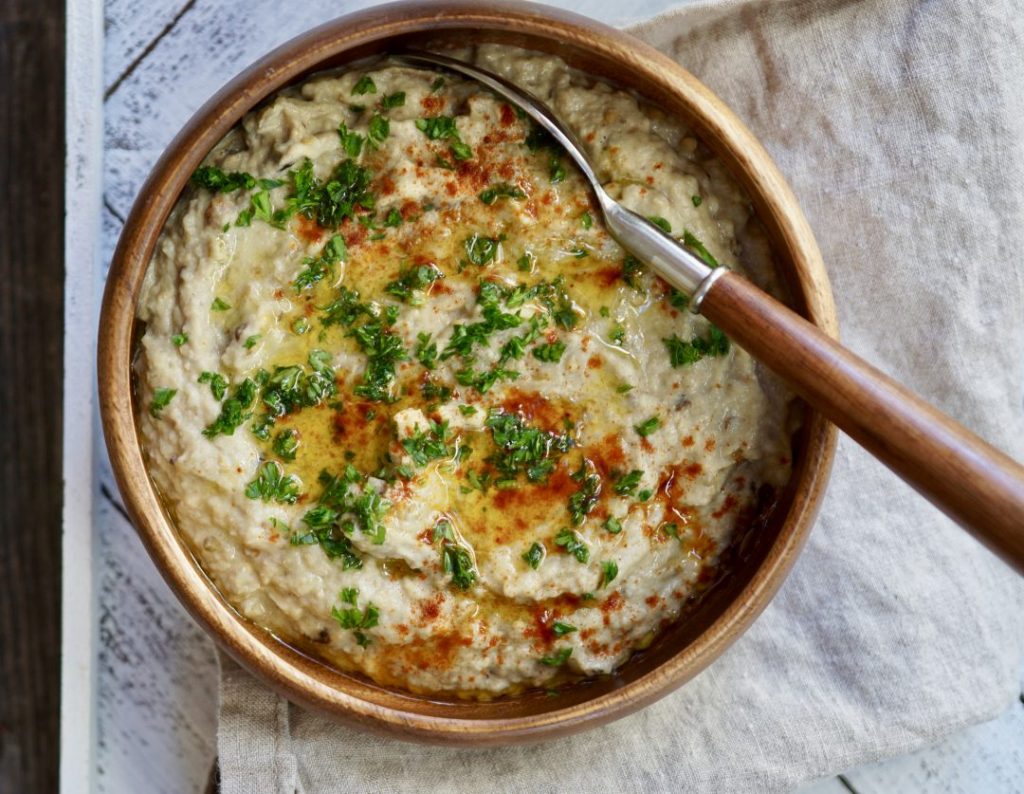 Baba ganoush’s main ingredient is eggplant, a vegetable that often gets a bad wrap. Eggplant is a delicious vegetable, but unfortunetley is not cooked properly all that often.  Spongy is never the goal. When cooking eggplant, heat and flavoring matters. So I get it, eggplant can be unappealing. But baba ganoush is a great way to learn to love eggplant after a few bad experiences. In this recipe you oven roast the eggplant with olive oil, which gives it better texture and flavor depth, that is rich and earthy.

The store bought version of baba ganoush simply does not compare to the homemade stuff. And effort-wise, this does not take much to make the real deal. This roasted eggplant dip is light and flavorful and actually shines best when served room temperature. Although this well-known favorite can be served with just about anything you think up, try making your own pita bread to go with it, trust me, the two together are life-changing. 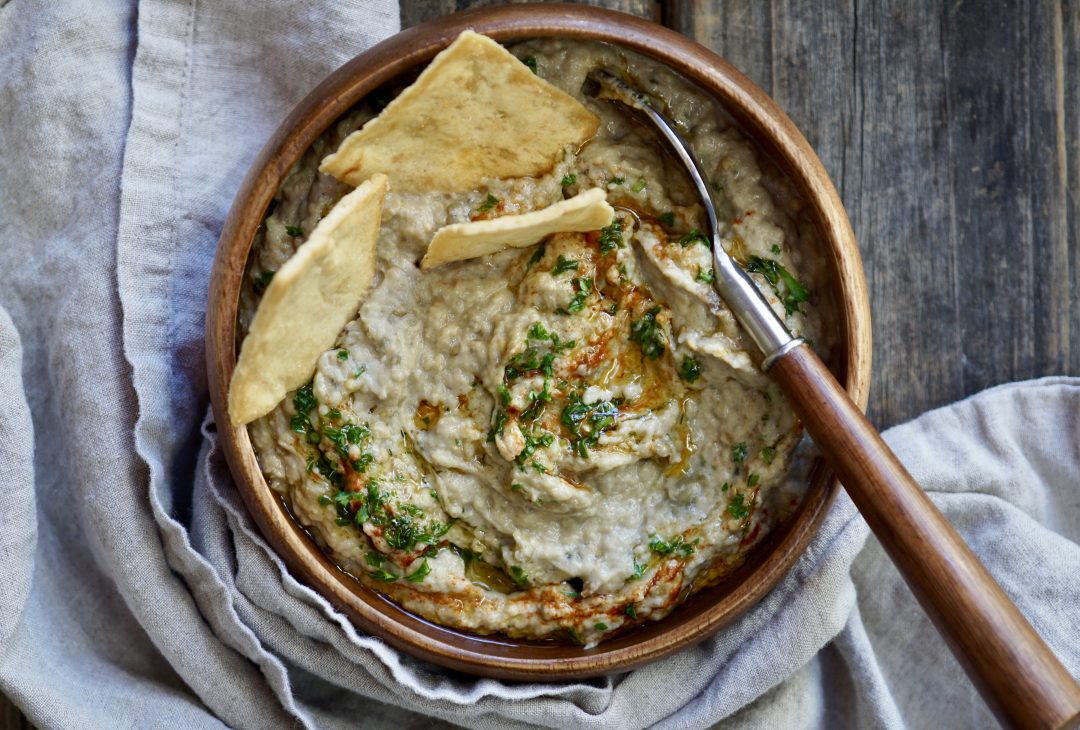 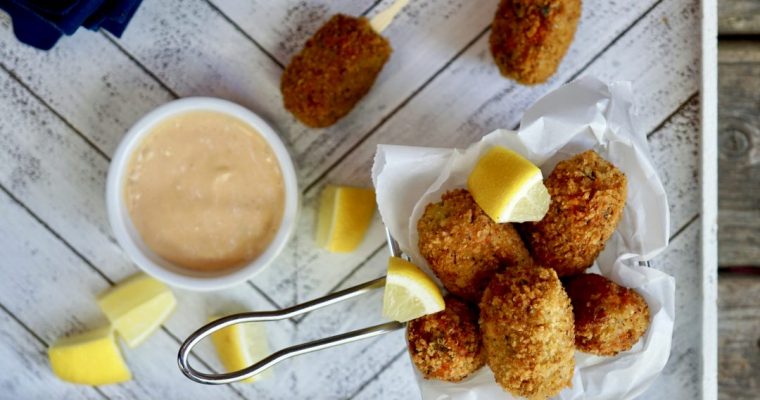