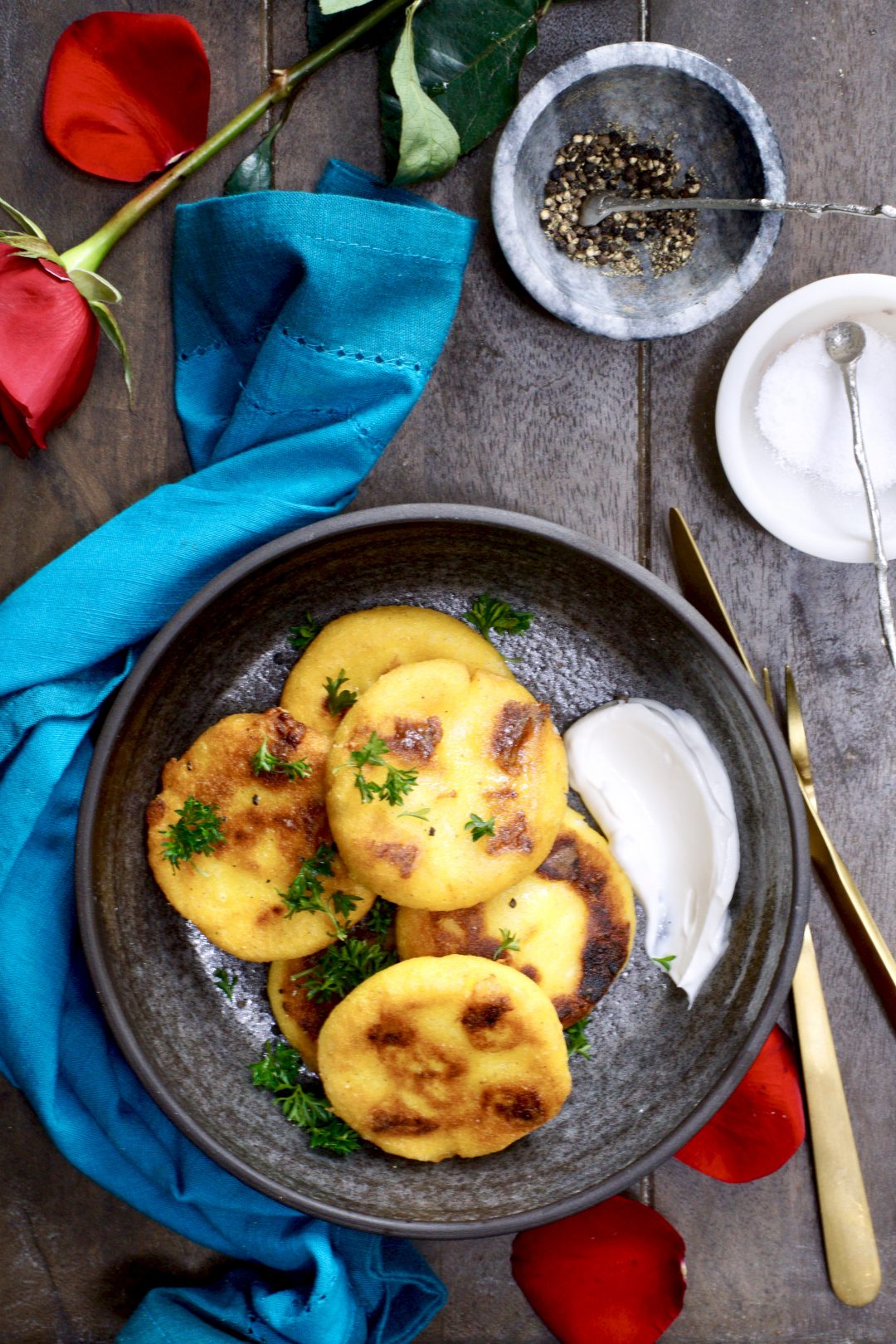 An arepa, is an iconic South American food with over 75 distinct forms and preparations. According to The Columbian Academy of Gastronomy, “arepas are part of (their) cultural heritage and can be considered a symbol of national gastronomic unity”. Arepas are flat, round, unleavened patties made from maize meal or maize flour that can be grilled, pan fried, broiled or steamed. 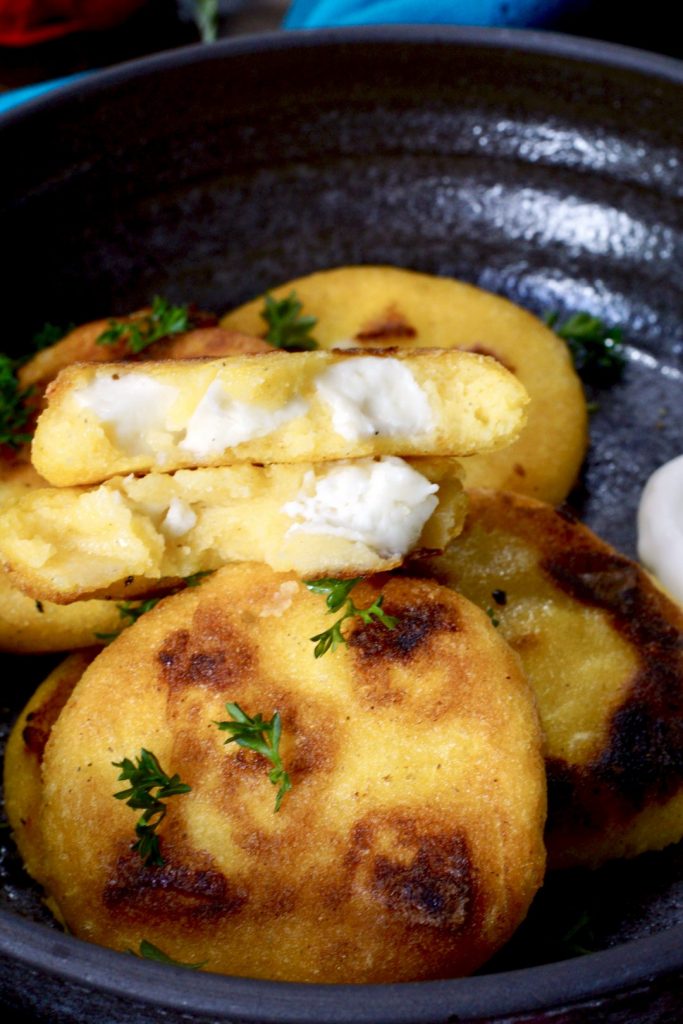 The word “arepa” is believed to have originated from the language of the Caracas natives near the northern coast of Venezuela and simply means “maize” or corn. Depending on the region of origin, arepas can be served stuffed, or topped with various ingredients such as cheese, meat, fish, eggs and vegetables.

Although arepas can historically be traced back to the indigenous inhabitant of both Venezuela and Columbia, similar variations are also found in Mexico where there are known as “gorditas”or in El Salvador where they are referred to as “pupusas”.

Maize flour (also called “maize“, “masarepa”, “masa de arepa”, “masa al instante”, or “harissa precocida”), is specially prepared by being cooked in water, then dried and can be used for making other maize dough-based dishes including tamales and empanadas. The most common brands of maize found in local supermarkets are typically Goya and Harina PAN. Arepas can be served for breakfast, as a snack, appetizer or even as a side dish to a main course in place of bread. 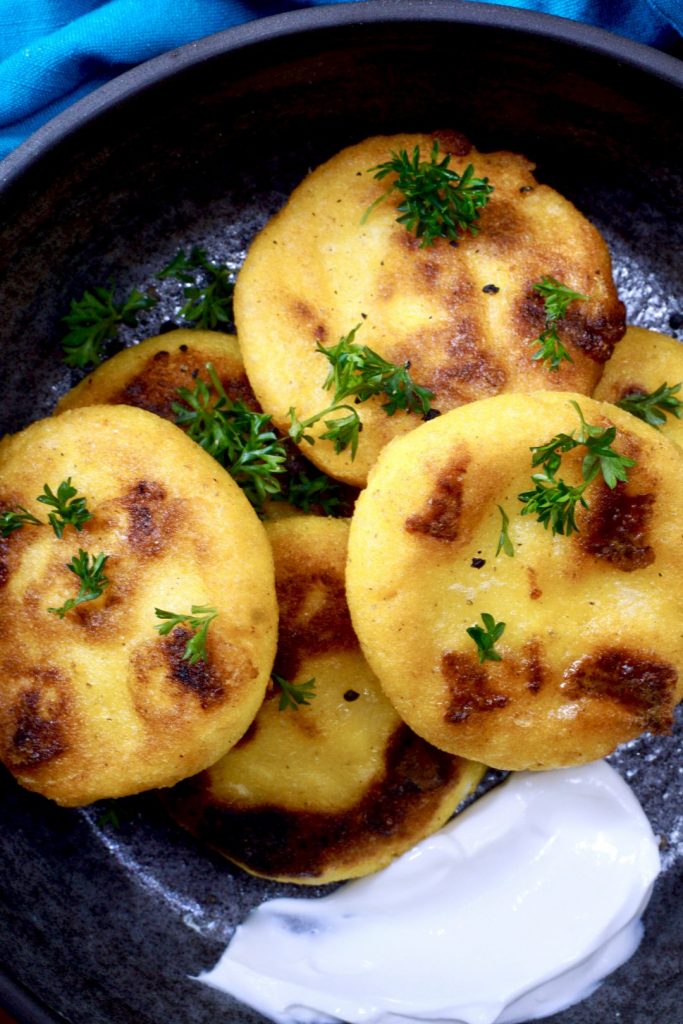 I discovered arepas when I moved to California years ago. Cheese arepas were a signature dish at a local café my family and I frequented for breakfast. I fell in love fast. My recipe for classic South American arepas is incredibly similar to those my family and I have been enjoying for years.

Making arepas may seem difficult, but don’t be deceived, they’re not. I use a lovely soft queso fresco cheese in this recipe and the amount can easily be increased or decreased to your liking. My family loves arepas simple, and a touch of sour cream on the side is not a bad addition. Arepas can easily be prepared ahead of time and held, but taste-wise, they are best served hot, straight from the pan with a crispy outside and melted cheesy center. 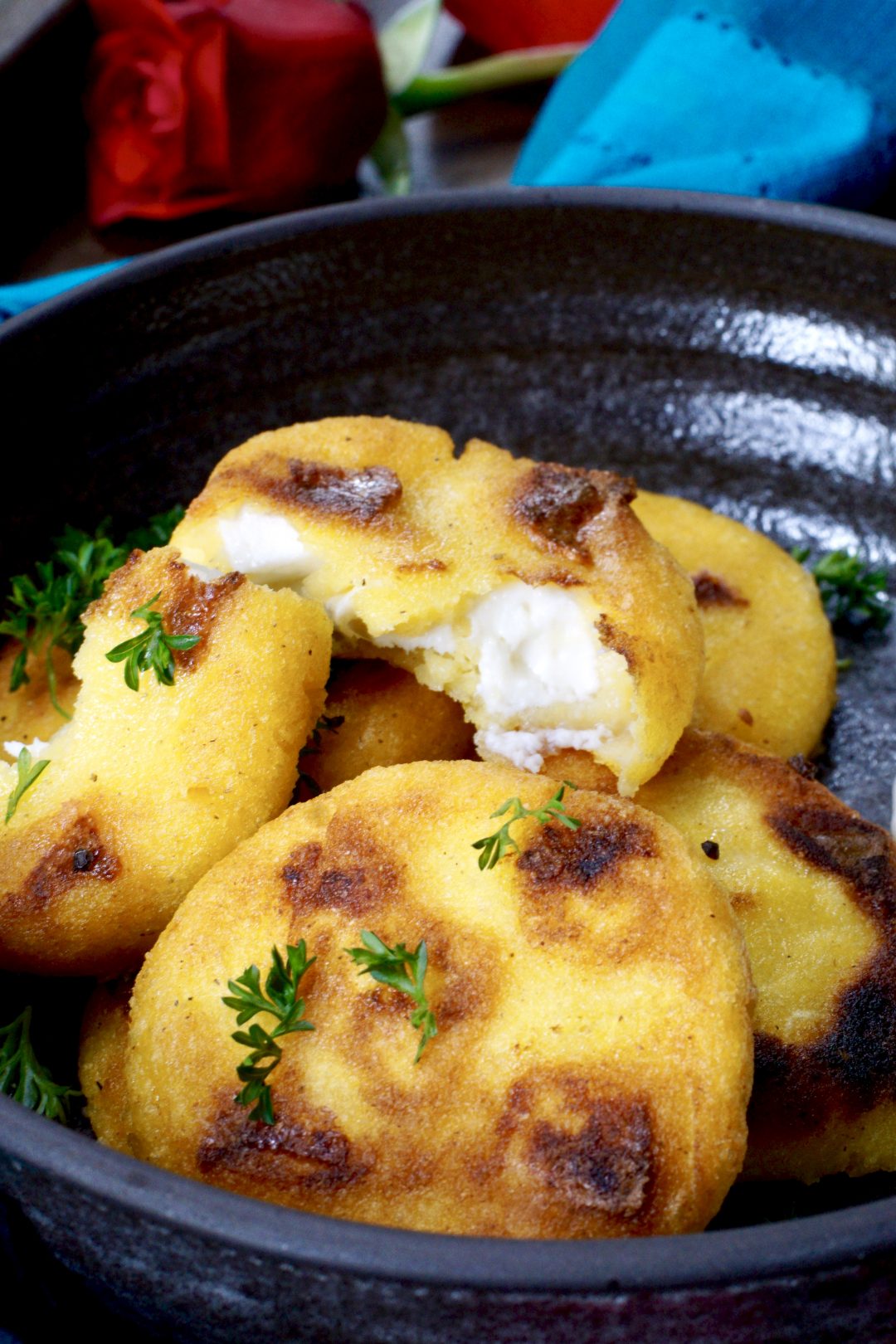