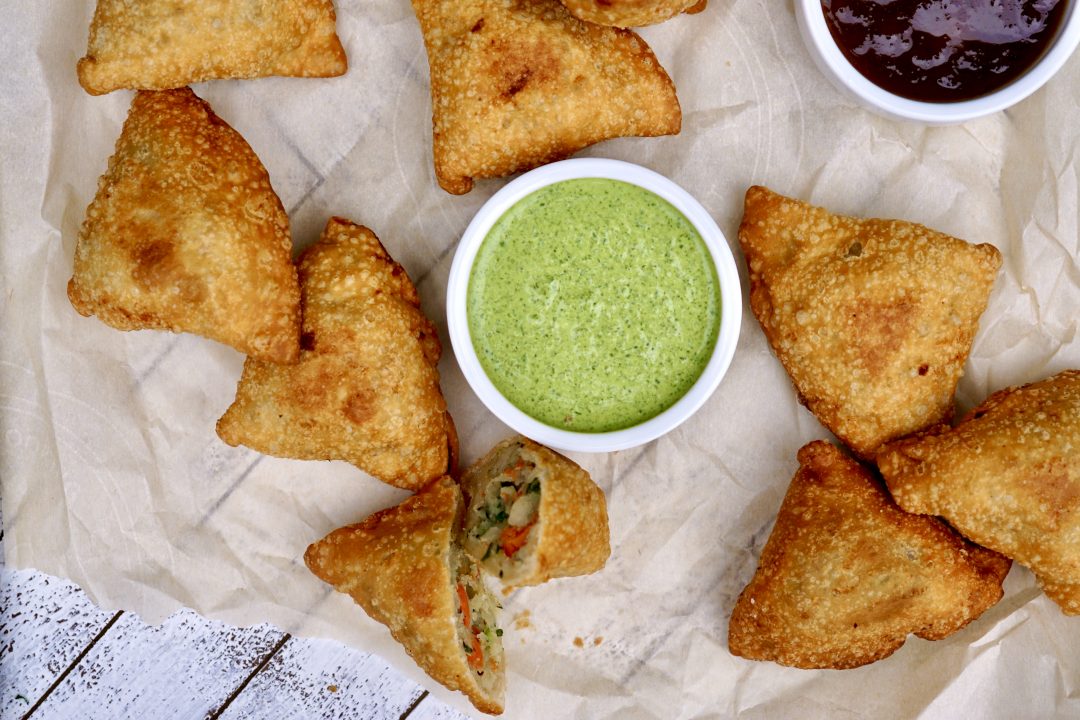 Potato samosas are one of my favorite comfort foods. I say comfort food as these tasty, typically savory, potato stuffed, golden-fried pastries are by no means low calorie, but they are delightful. Samosas have been popular in South Asian cuisine for the last eight centuries and have been said to be a food that transcends both class and status across towns and cities in India and Pakistan. What is surprising to me is that samosas are not actually native to South Asia, they are actually native to Central Asia and Middle Eastern in origin. 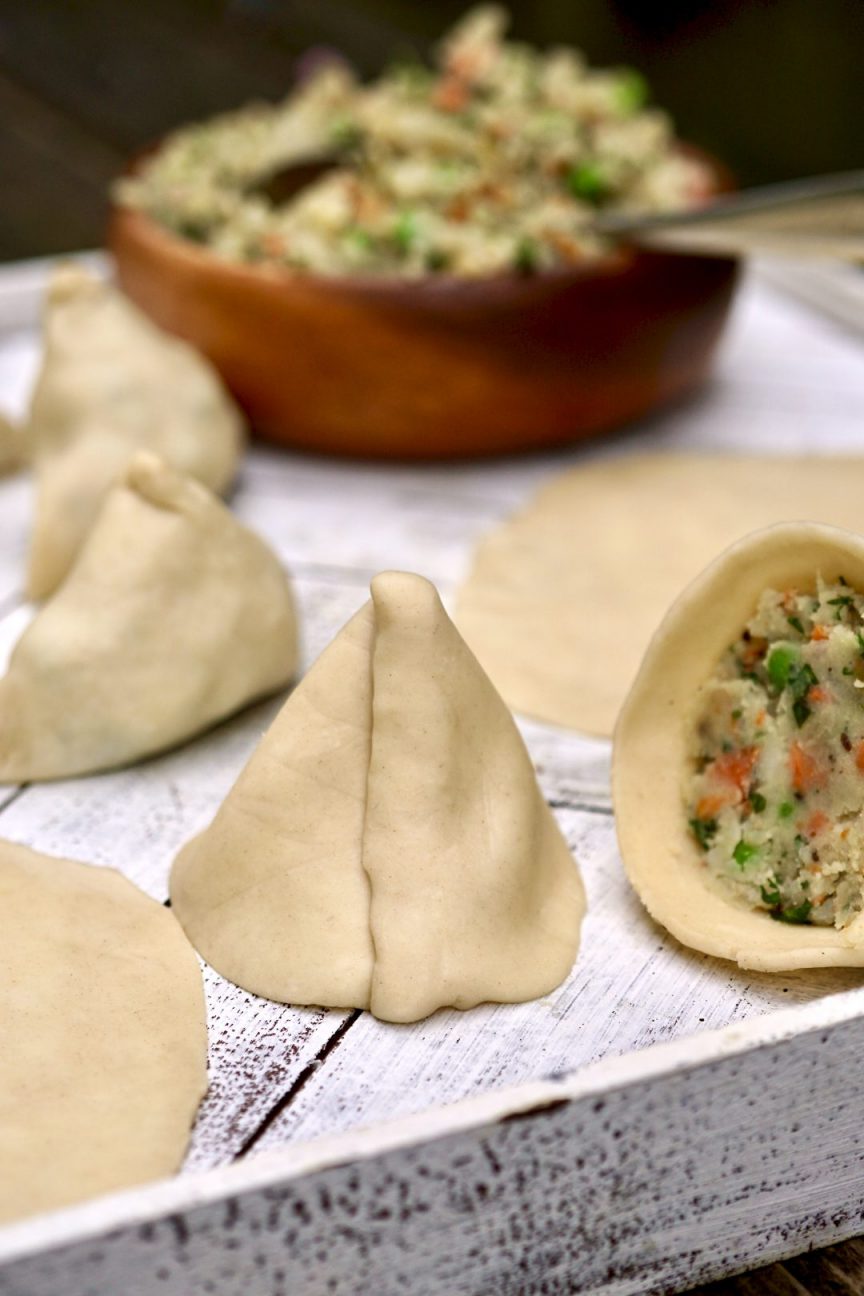 These infamous pastries did not get introduced to South Asia until the Muslim Delhi Sultanate when cooks from both the Middle East and Central Asia came to work in the kitchens of the Sultan. After their arrival in India, samosas were adapted into a vegetarian dish and went on to become of the most popular go-to snacks within India (due to their conveniences for travel). Although commonly found vegetarian, minced beef, lamb and chicken are also popular fillings more commonly found in North India. 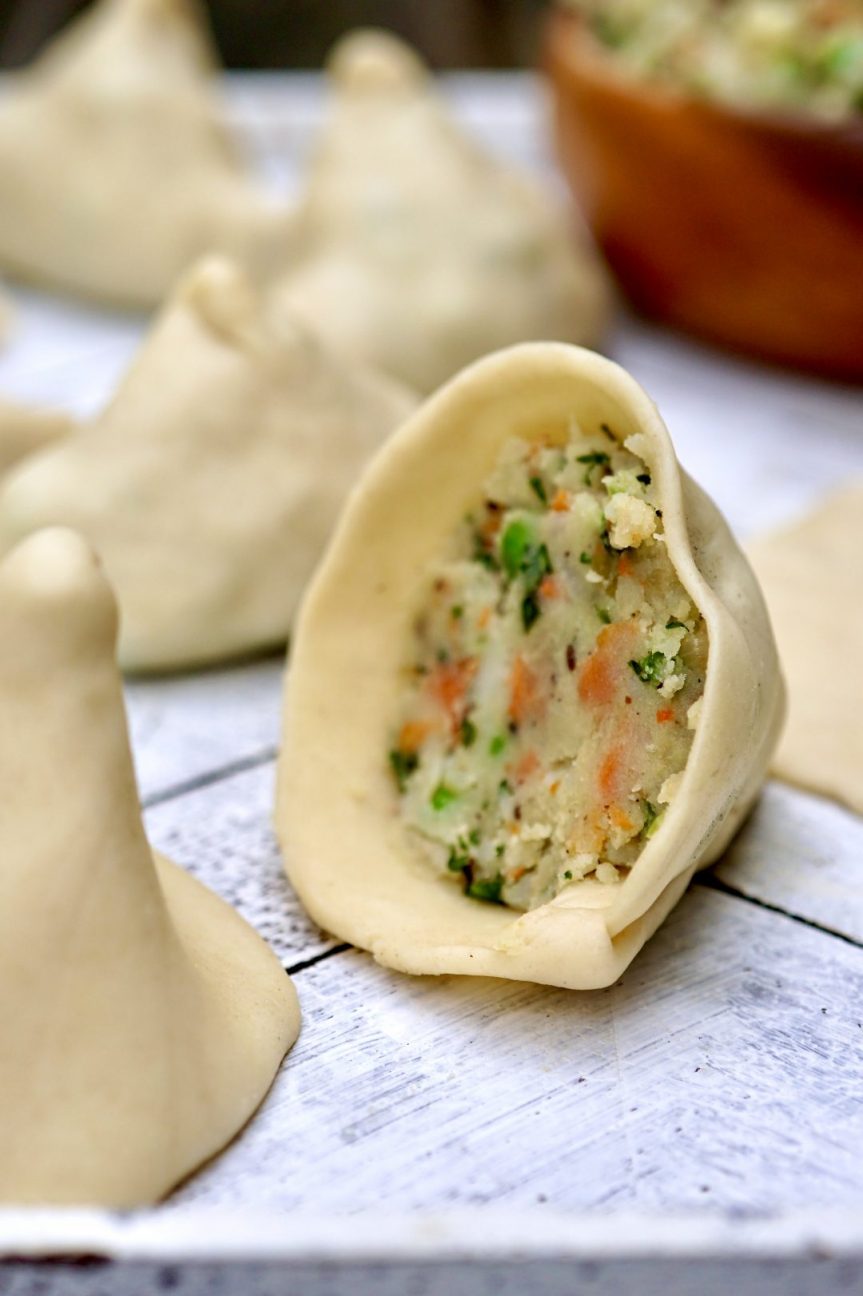 Served hot, often with a side of sweet chutney, samosas are often influenced by local cuisine and may not always be triangular in shape. A popular street food version is called “samosa chaat” a popular street food in India where they are topped with yogurt, tamarind chutney, finely chopped onions and masala making for a flavorful mouthful of contrasting textures. In parts of India that celebrate Diwali, sweet samosas are also common and often include sweetened dried fruits. 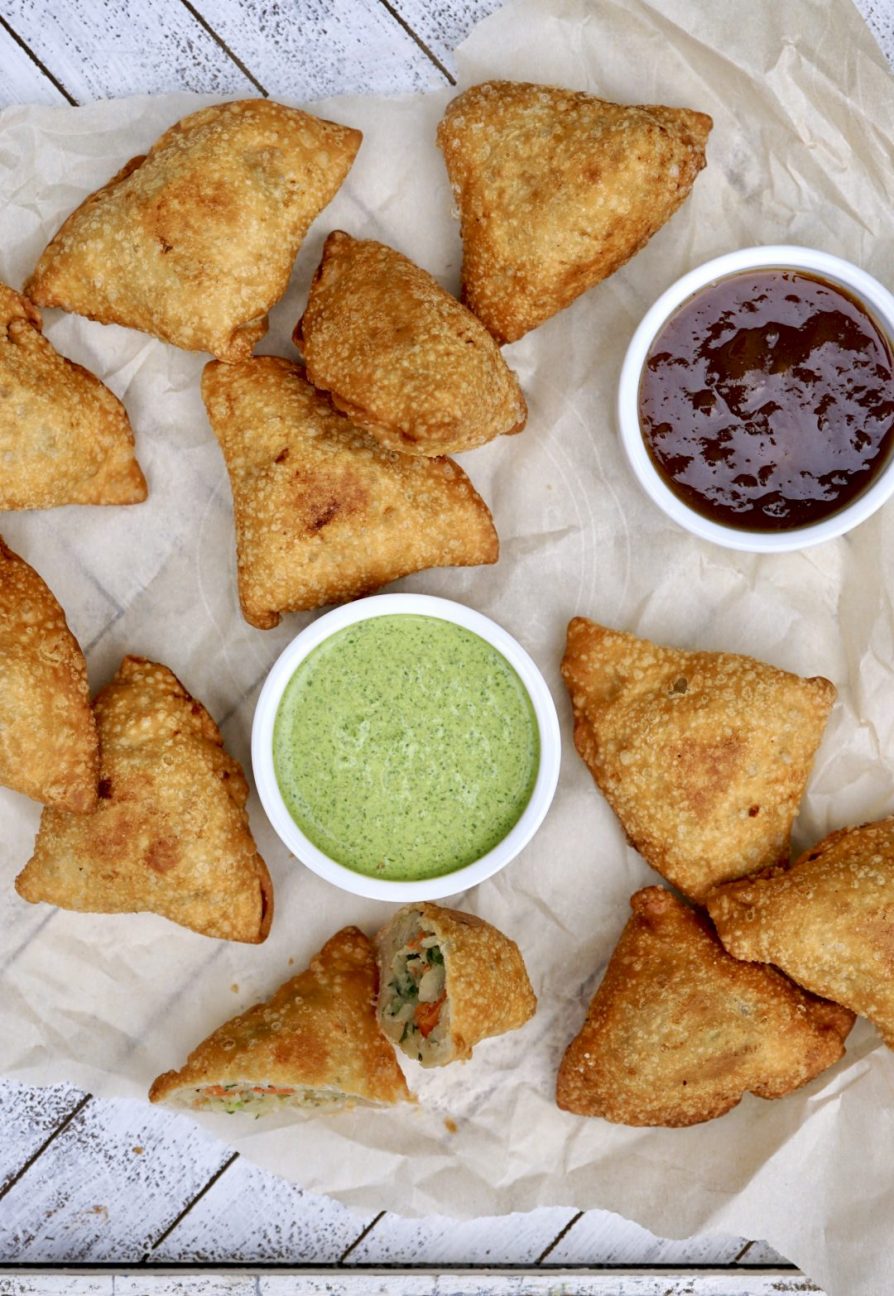 Truthfully, versions of samosas can be found all over the globe if you start looking. In Bengali, the slighter sweeter version of samosas is called “shingaras“. In Goan and Portugal they are known as “chamucas” but are typically filled with pork, chicken or beef. Mozambique and Brazil have versions that are referred to as “pastel”. Some Arab countries refer to their samosa version as “sambusak” and are commonly filled with meat, onion, feta cheese and spinach. In the horn of Africa, “sambusa” is considered a staple and served as a traditional snack during Christmas.

Once considered a specialty item, samosas are now so mainstream and have become globally famous and remain one of the most popular international foods. Because samosas are now commonly found in prepared food sections as well as frozen, but traditional potato samosas are a humble comfort food with cross-cultural recognition. Despite the availability, homemade ones are to me, the very best. 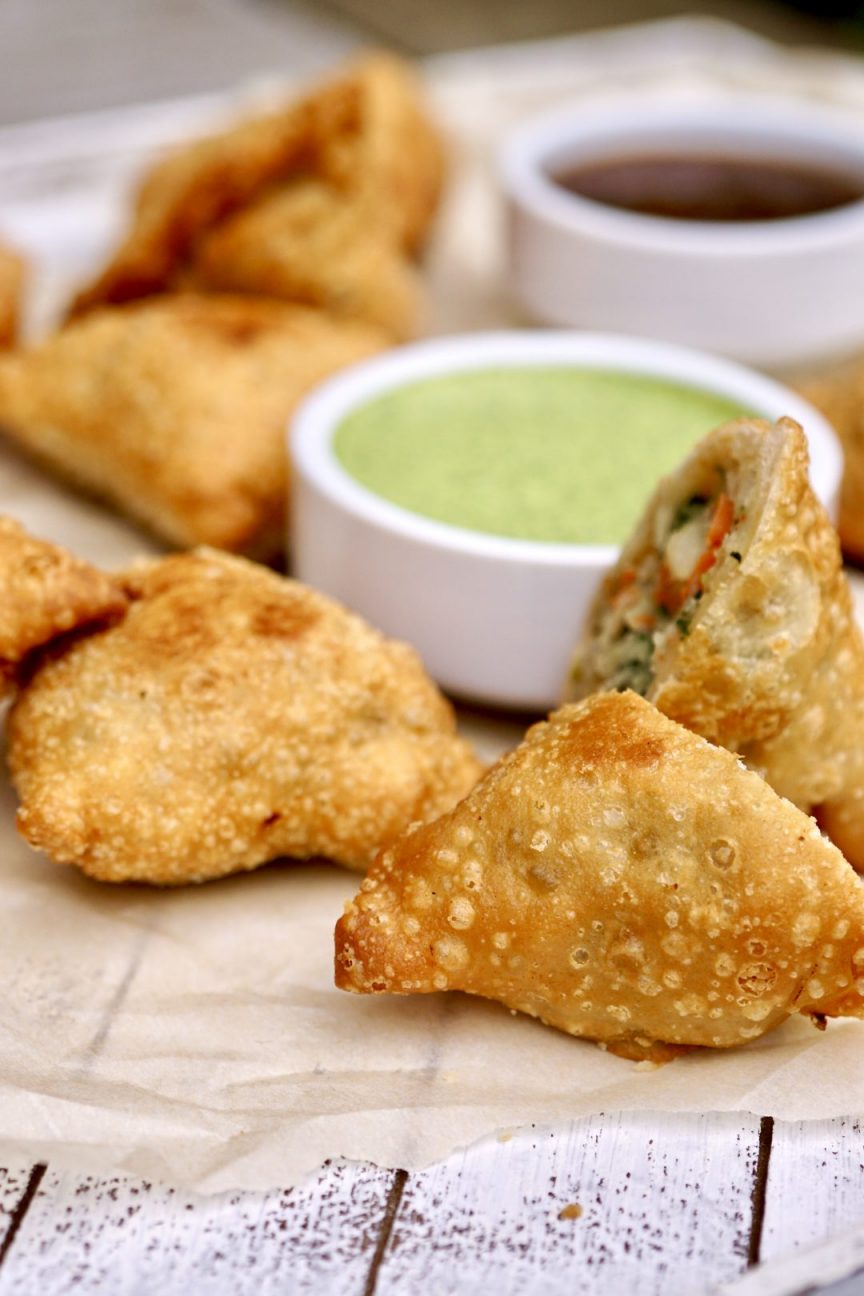 Teaching myself how to make potato samosas was not as complicated as I expected, but they are slightly labor intensive. Mastering the traditional triangular shape probably took the most time, but like my chocolate dumplings, it’s just about practice and repetition. My samosa recipe is traditional both in filling and flavor and I prefer frying over baking so these are not health food, but they sure are tasty. 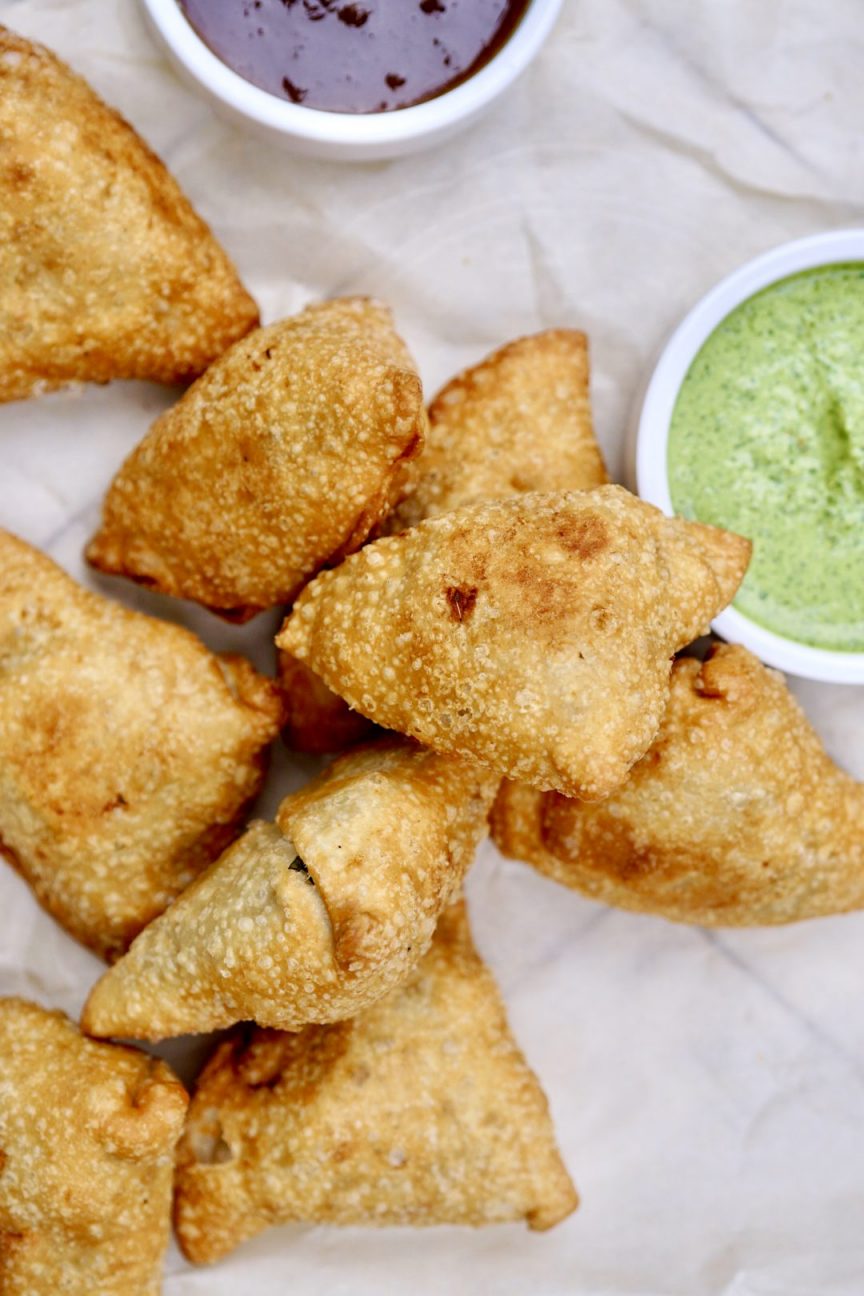