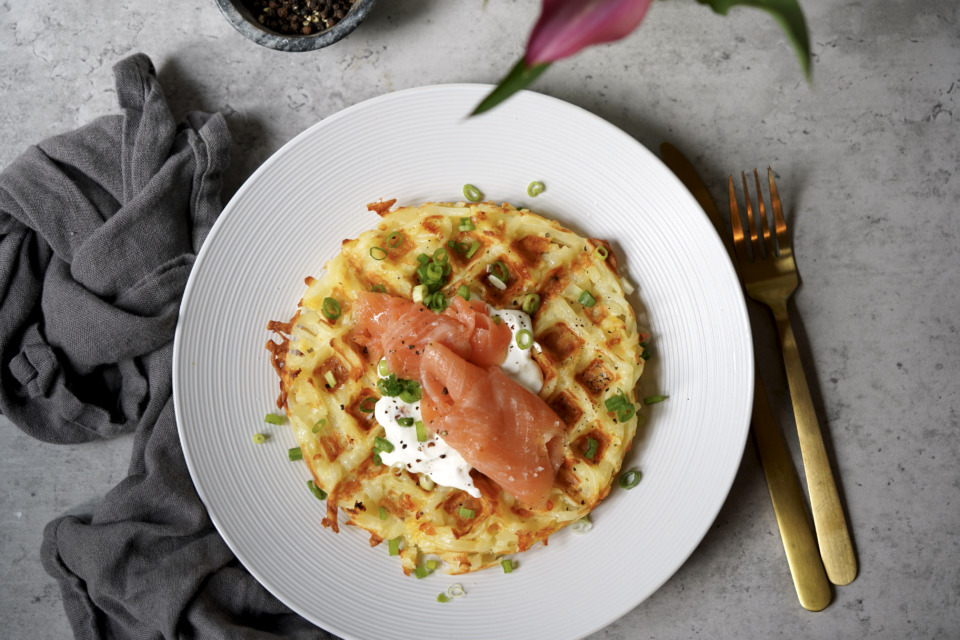 This is my latest and greatest obsession; savory shredded potato waffles topped with sour cream, smoked salmon and scallions. As if breakfast could not get any better, or truthfully, more effortless. I’m talking, crispy, buttery potatoes, made in minutes in a standard waffle maker, garnished like a baked potato, with sour cream and green onion and finished with salty smoked fish. Think of this lovely dish as a modern take on a potato latke, and a combo most Jews I know have been eating together for decades. This dish is perfect for Hanukkah, but the truth is, you don’t have to be Jewish to love it or make it. 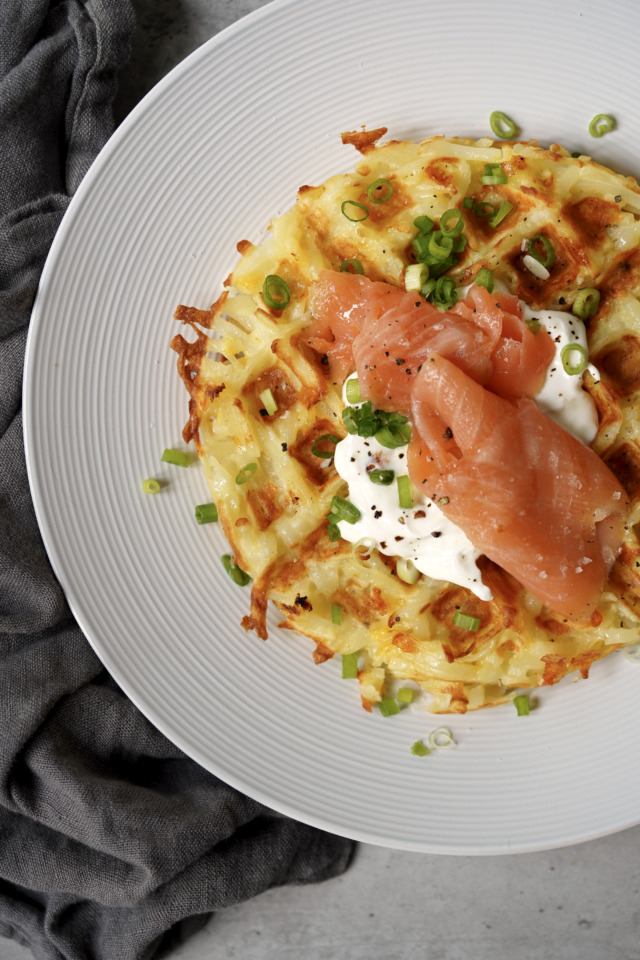 For Mother’s Day one year I received a double waffle maker from my husband and kids. I will admit, I was a bit resistant about using this “gift,” which I think the rest of my family really wanted, and wanted me to want. I say this because I’m not a huge waffle person. Don’t get me wrong, I like waffles, but because I’m more of a savory person, I don’t crave waffles like my kids do. That said, I have embraced my waffle maker over the years and am super pleased with the waffles it can churn out on a Sunday morning  in no time at all. 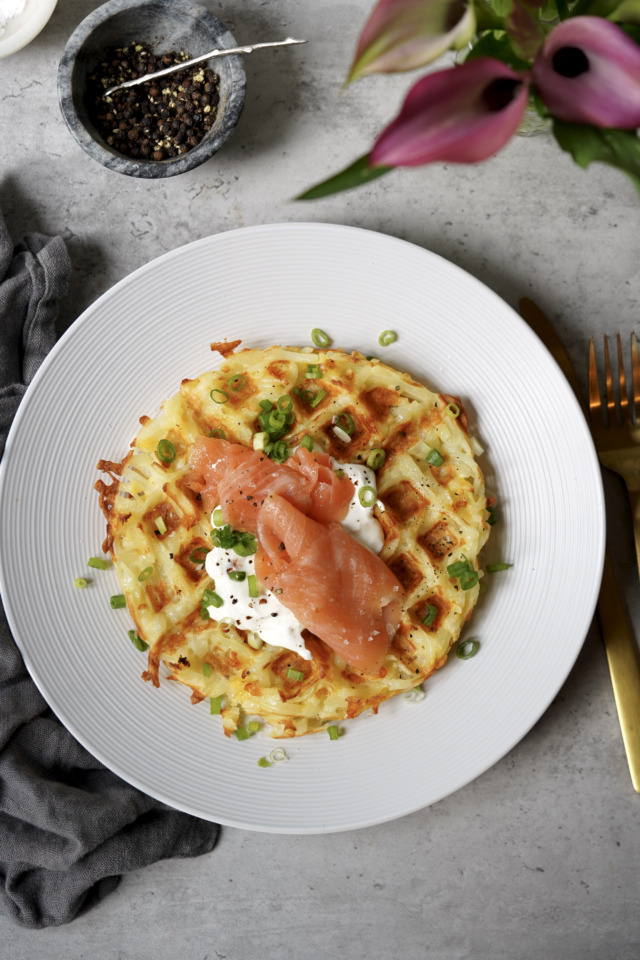 I’m dropping this recipe in advance of the Festival of Lights later this week. I’ll be the first to admit, no one makes latkes every night and this potato waffle is a fun, easy-to-make sub for Hanukkah’s most notable dish. Potato waffles can also be served for breakfast, brunch, as an appetizer, or as a side dish, in leu of any more traditional potato dish, alongside anything you can think up, from chicken to beef. 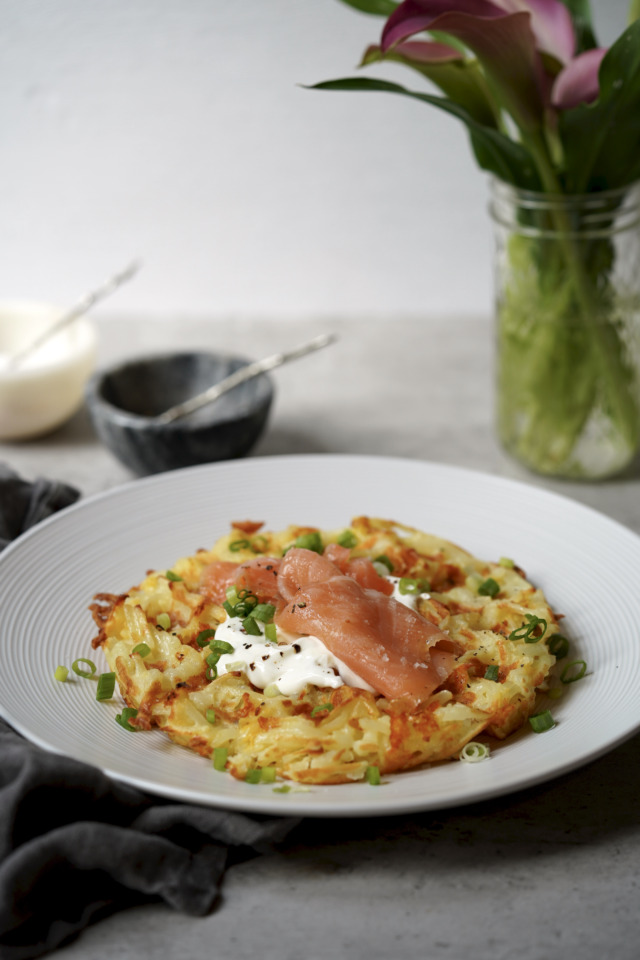 When time allows, I will often make my own gravlax and top these savory waffles with that instead of smoked salmon which is a nice alternative. But if you don’t like the thought of that, no worries, a store bought smoked salmon does the trick just as well.