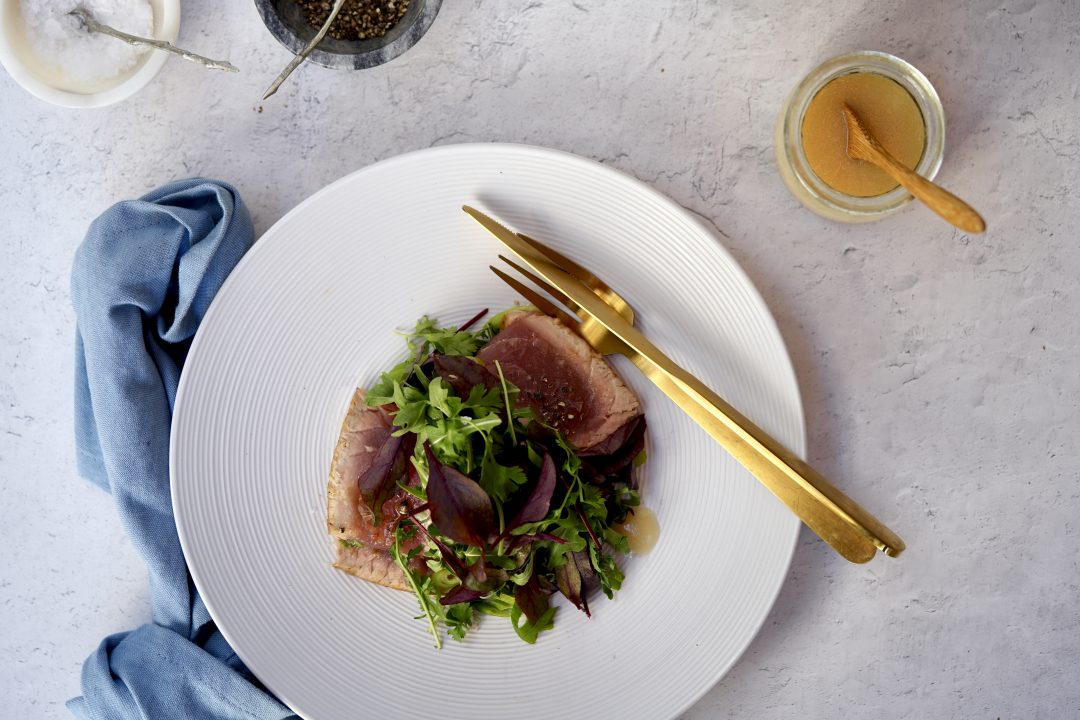 This simple recipe has a story to it. This seared tuna salad is a dish I ate almost nightly when I managed a restaurant in NYC years ago. It was my go-to meal of choice, not only because I’m a big tuna fan, but because it is incredibly easy (and fast) to make. Most importantly, this dish was an off menu item that did not tax the already exhausted cooks post dinner service, while cleaning and pepping was in full swing. 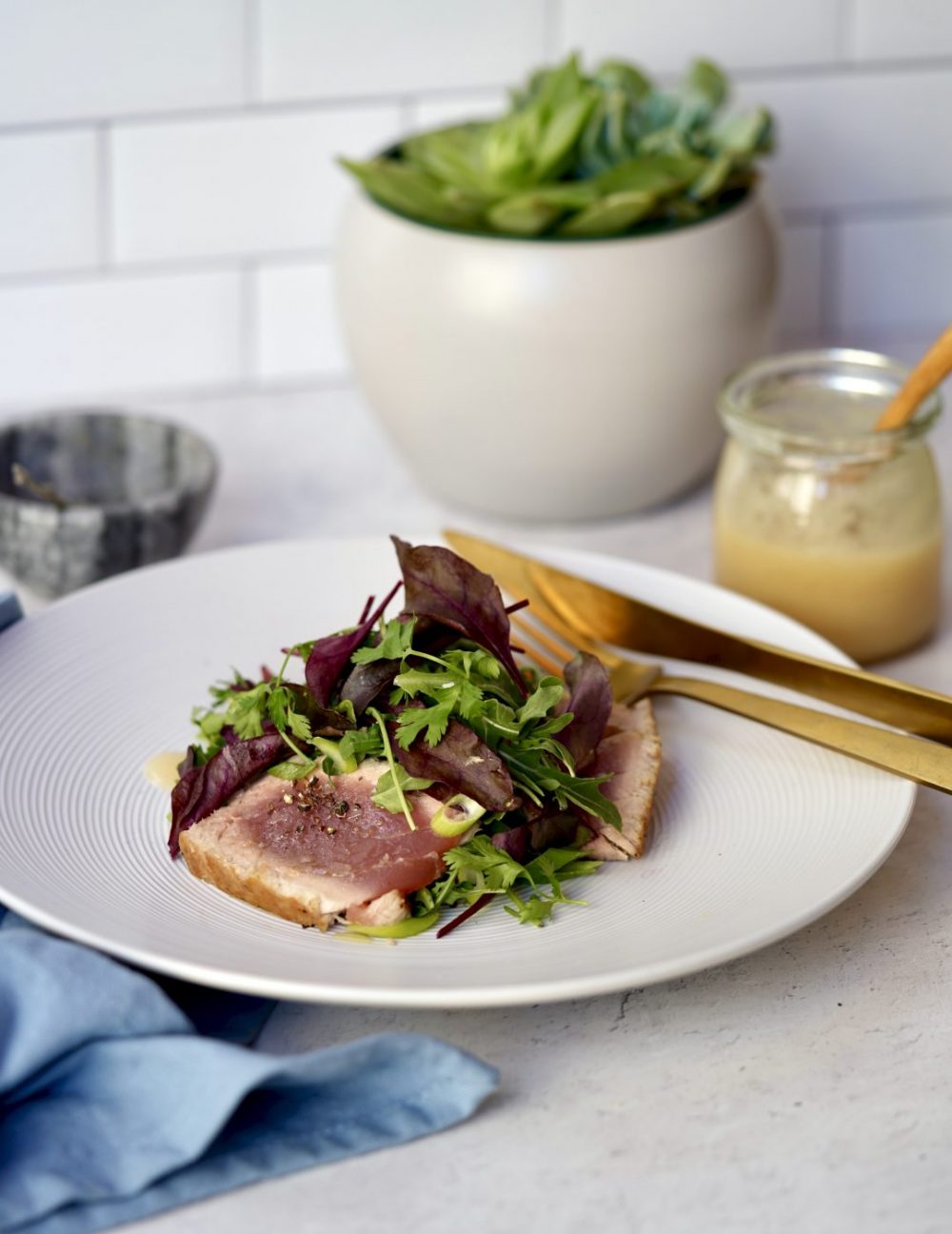 For a restaurant, of any kind, to run smoothly and efficiently, there needs to be a clear divide that works together; the back the house “BOH” (chefs, cooks, precooks, dishwashers, runners) and front of the house staff “FOH” (managers, wait staff, bartenders, hosts). But in reality, in most restaurants, there is typically lots of unspoken tension and animosity between these two divisions.

Having worked in both the BOH and FOH I can tell you most of this “tension, in a predominately male dominated industry, is simply arrogance. But in order for the two divisions to work together in harmony, I quickly learned there had to be respect. I experienced a real lack of respect by the FOH while working as a chef. But this experience is what allowed me to go on and be a good manager. My focus was always kindness, equality and team work. As a result, most of my managerial shifts were without drama. That said, ordering an uncomplicated tuna salad for dinner, when the kitchen was closed, was my olive branch, and a sign of respect to everyone in the BOH .

Although dinner service had concluded, in those days, drinks were served till 3am. Those late night hours we considered some of the most lucrative, and a crowded bar was coveted. My seared tuna at midnight became a welcome respite from my shift that typically started at 2:00pm and ended around 5:00am. Sounds nuts thinking about it now, but closing up a restaurant and getting it prepped for brunch the next day took at least 2 hours, working incredibly swiftly. 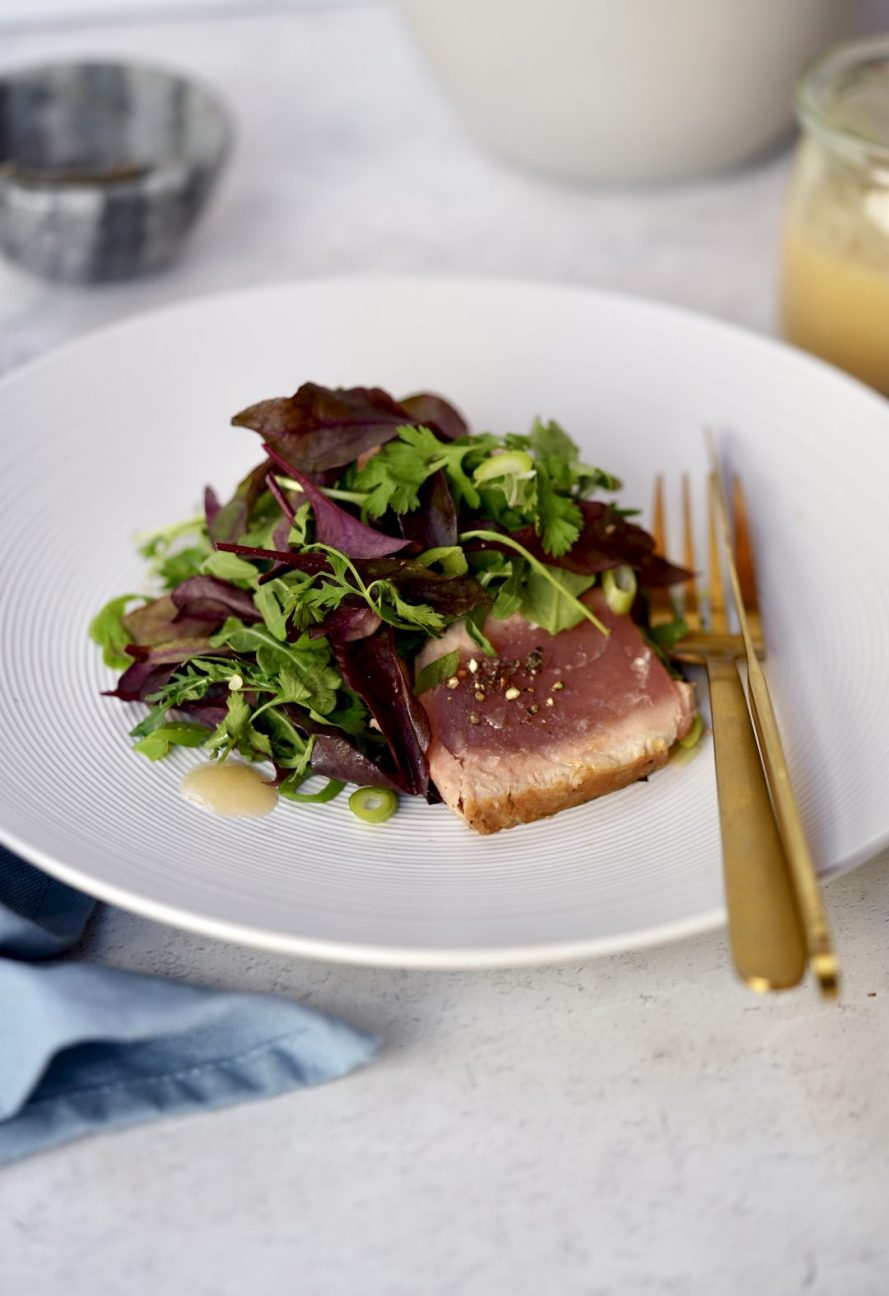 Truthfully, I looked forward to my seared tuna, for a few reasons; (1) it meant the nightly rush has ended, (2) I was finally able to sit-down and (3) it was around the time Keanu Reeves came in for his evening nightcap. He was my “dressing on the side“. Keanu, lived in the building directly above the restaurant. And being the extremely quiet, slightly anti-social, shy guy that he was (and probably still is), he was a guy who liked routines. And one of these “routines” was coming to into the restaurant and sitting at the bar around the same time I was at there eating my seared tuna salad.

I’ll be honest, it was often rather difficult to actually eat my salad in his presence. I was never big on celebrity crushes, but Keanu was (and still is) a big one. I will also tell you, Hollywood has accurately portrayed his sweet nature, seductive voice, and puppy dog eyes that really do sparkle, and almost dance slightly, when he speaks. Sadly, if asked, Keanu would never in a million years remember these random nights at the bar, or me for that matter, but I will forever think of him whenever I have a seared tuna salad. 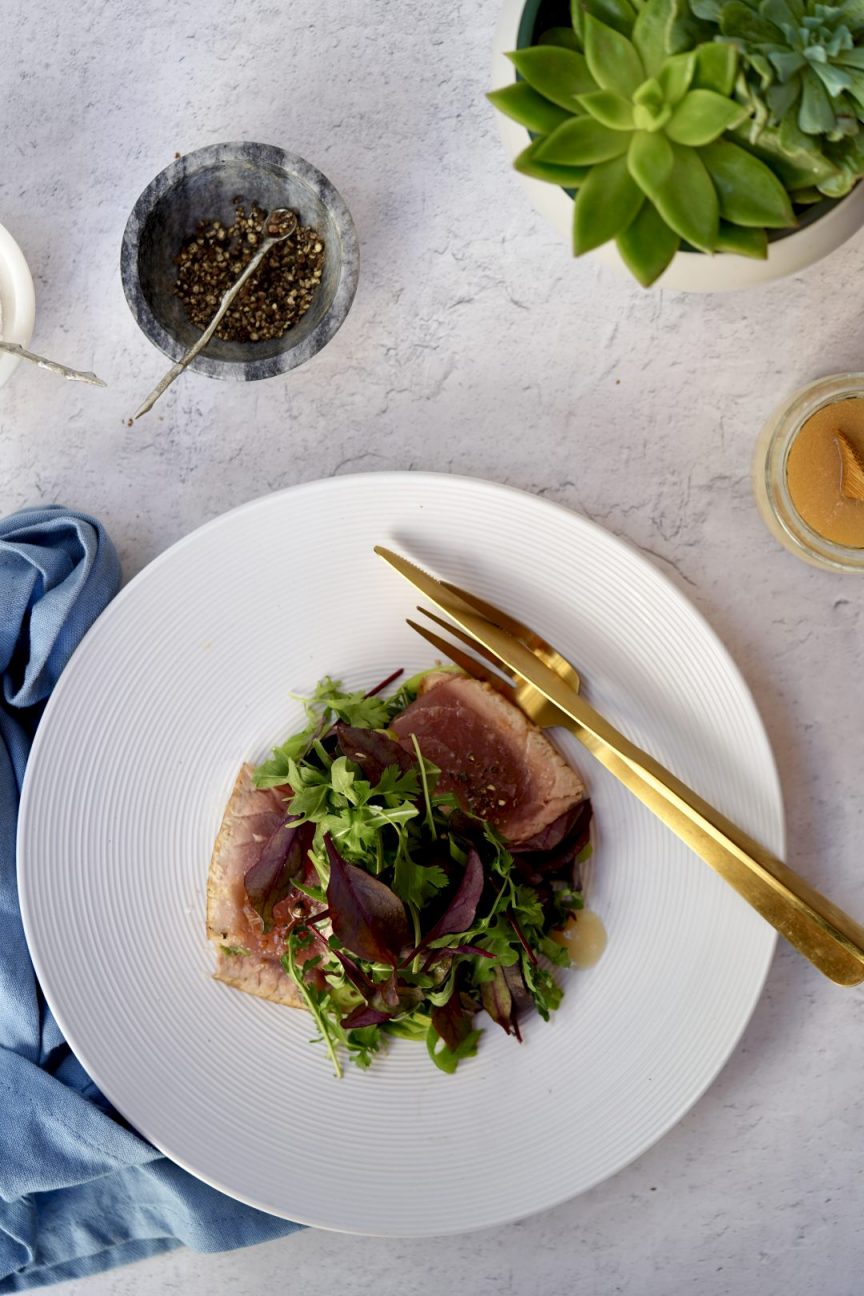