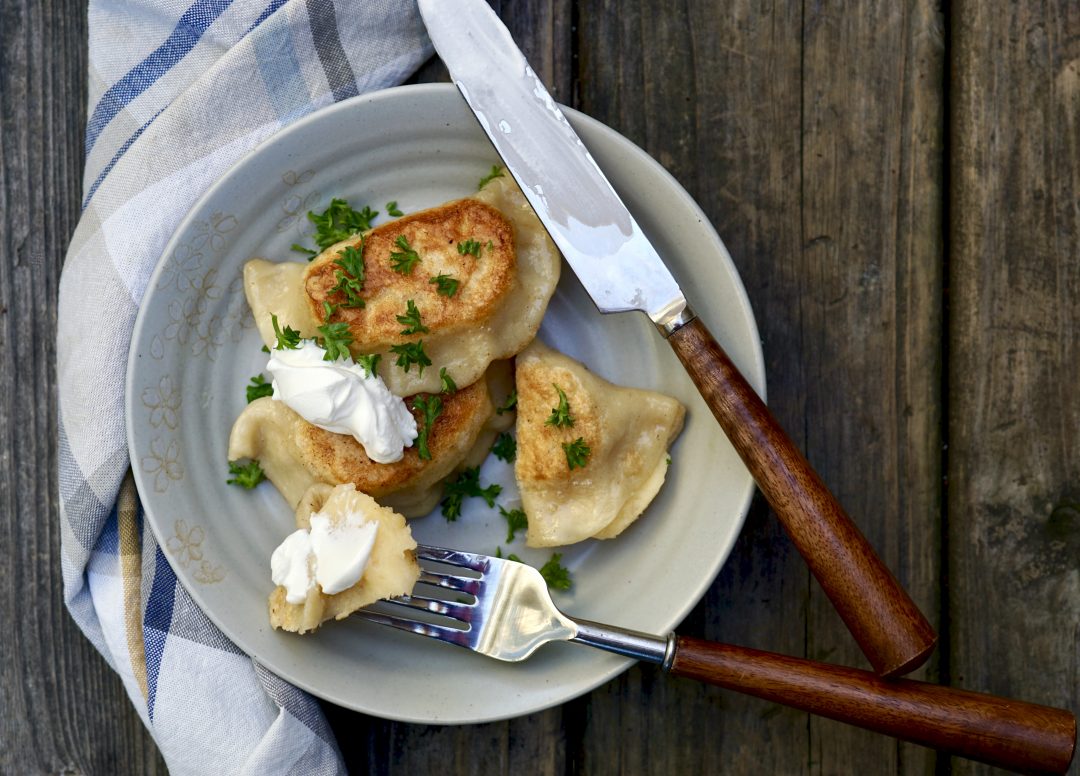 Traditional Easter foods consist of baked meats (typically ham), various sweet breads and chocolate of all varieties. This can likely be attributed to the Lenten season, the 40 days prior to Easter when observant Christians often try to avoid indulgences. But for many Eastern European countries, such as the Ukraine, a staple Easter food is perogies, also known as “”pierogies” or pierożki”. Served boiled or pan-fried, perogies have always been a favorite of mine.

Perogies are Poland’s national dish and have been cherished there since the 13th century. Some believe perogies actually originated from China via Italy during the Marco Polo expeditions. Others argue that the Tartars brought the recipe West from the former Russian Empire. Although nothing is for sure, we do know that the word “pierogi” first appeared in Polish cookbooks in the late 17th century. 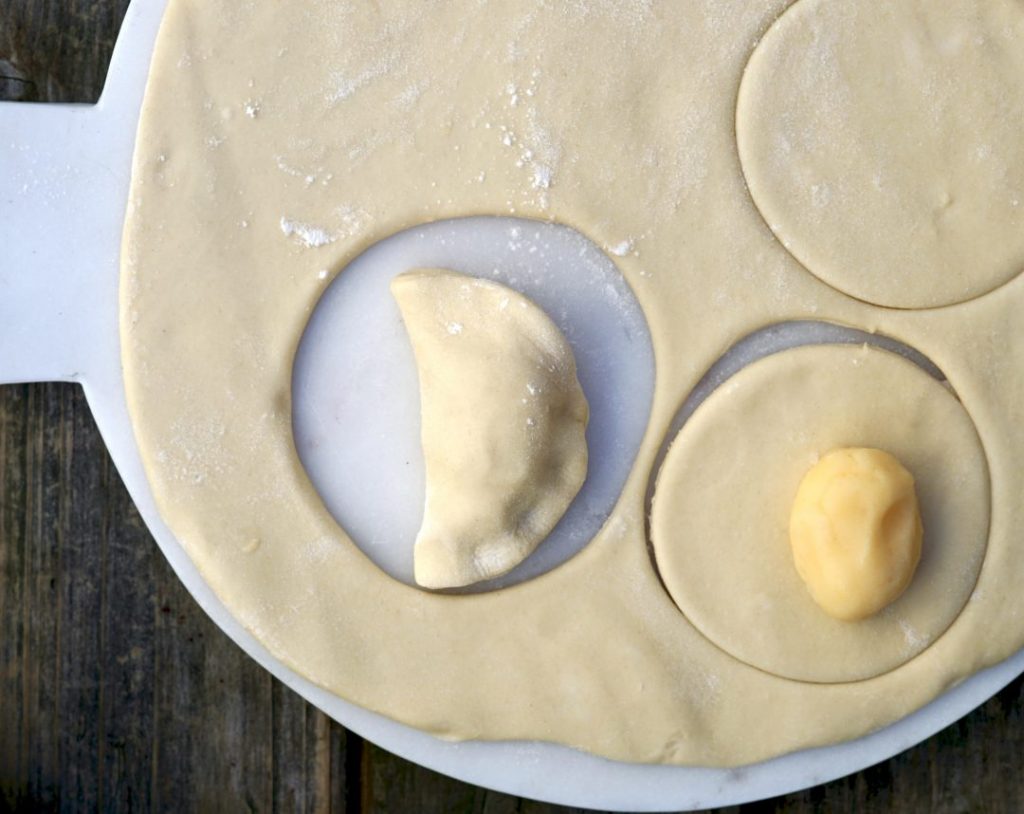 Perogies, for those unfamiliar, are basically crescent-shaped dough (with a dumpling-like appearance) that is traditionally filled with potato and cheddar cheese, (sometimes cottage cheese or sauerkraut). But perogies are not always savory, they can also be sweet, commonly stuffed with sweet cherry or blueberry filling. 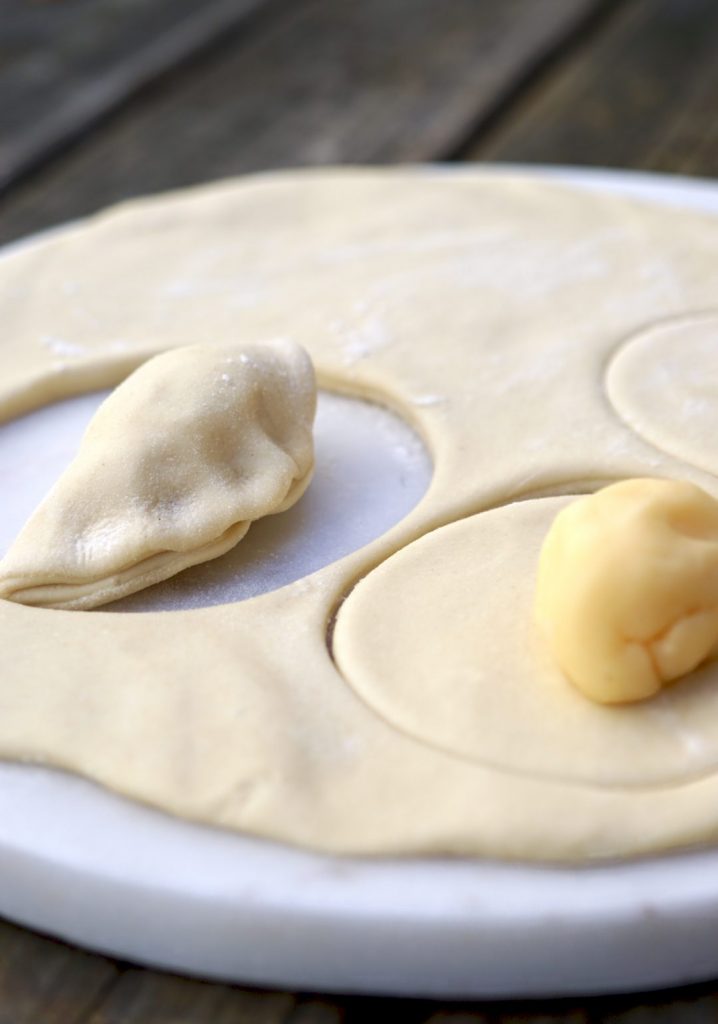 I’m not sure how I first got introduced to perogies, but growing up in New York City I was exposed to them often. One of the restaurants I miss most is a simple (but well-known) Polish restaurant in Brooklyn we used to live by called Teresa’s. Known for their perogies (as well as their incredible blitzes and potato pancakes), Teresa’s was our go-to for an inexpensive, but delicious Polish feast. Served straight-up with a generous dollop of sour cream, there was nothing fancy about their perogies, but they were (and still are if you ask me) the best perogies around. 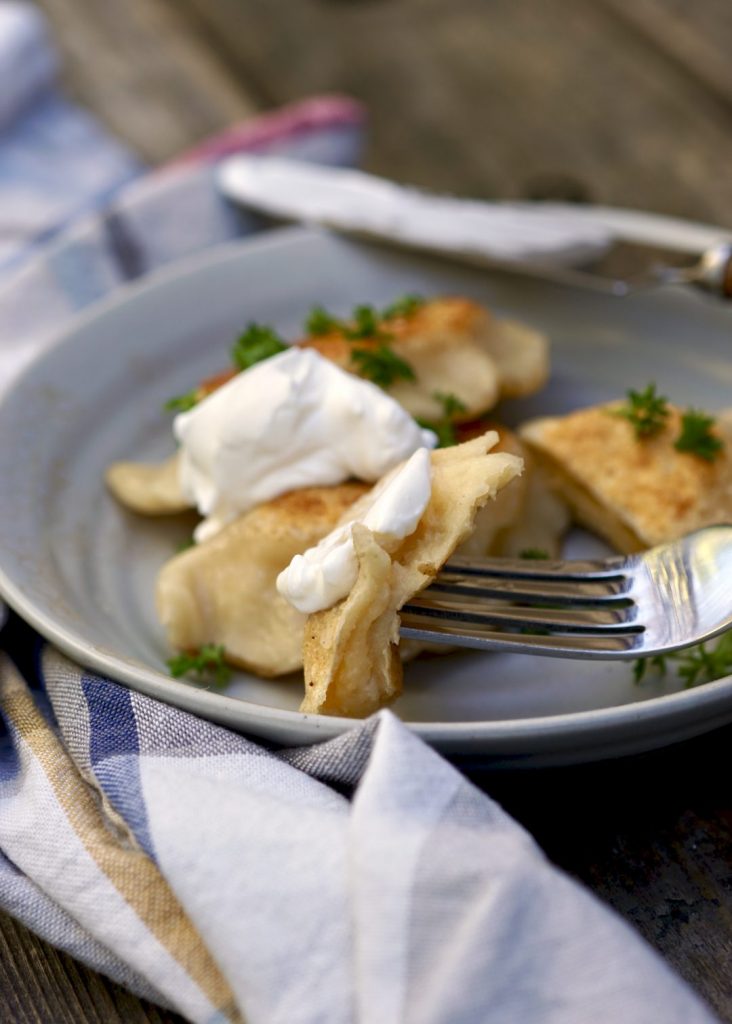 Sadly, I have not found many perogies in Northern California and I don’t get back to Brooklyn as often as I would like, so I decided to develop my own recipe. To be honest, my older sons love of anything with sour cream was also a motivating factor. I went with my favorite classic flavor, potato and cheddar cheese, and while these are not quick to whip, they are not impossible either and completely worth it. 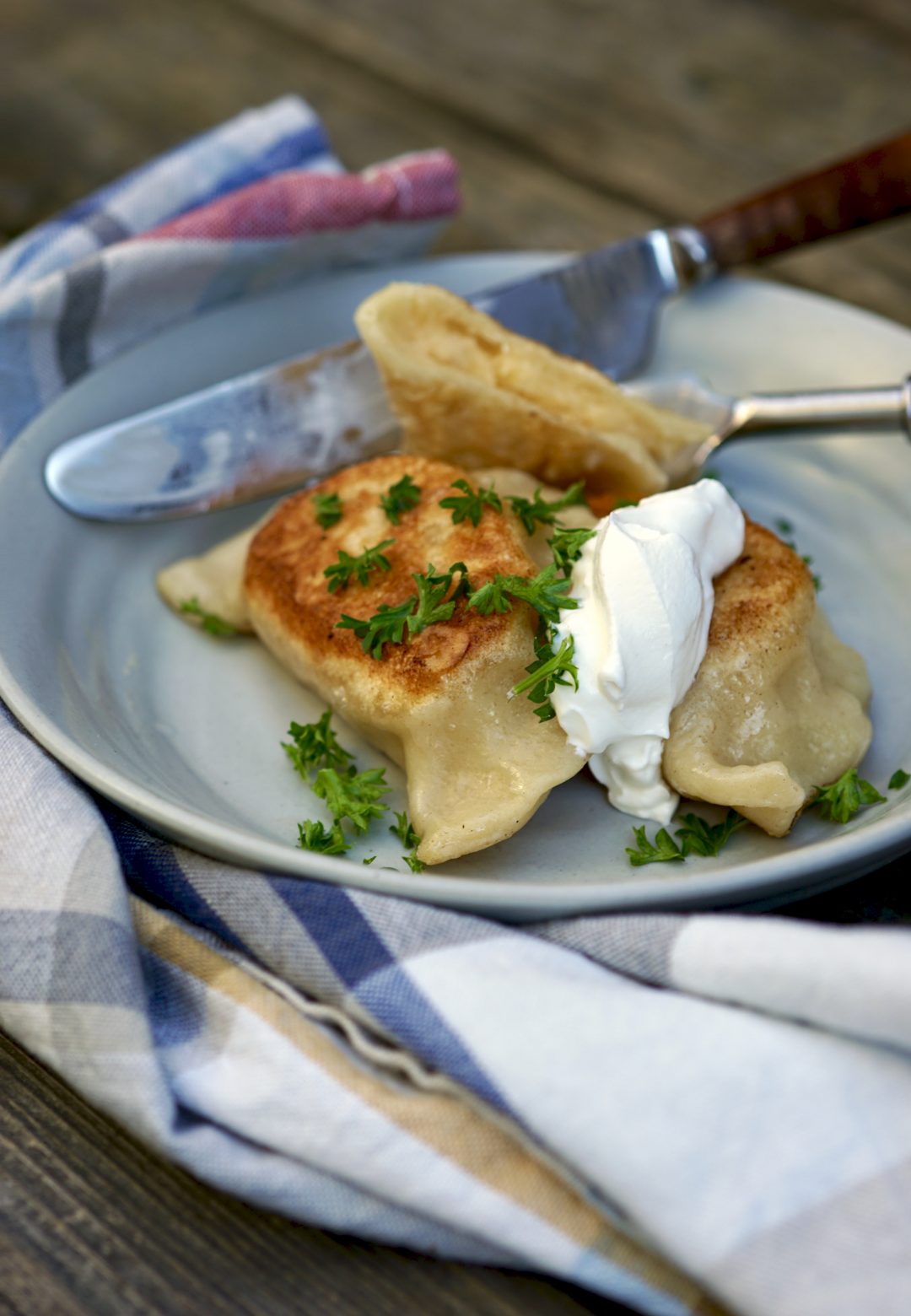