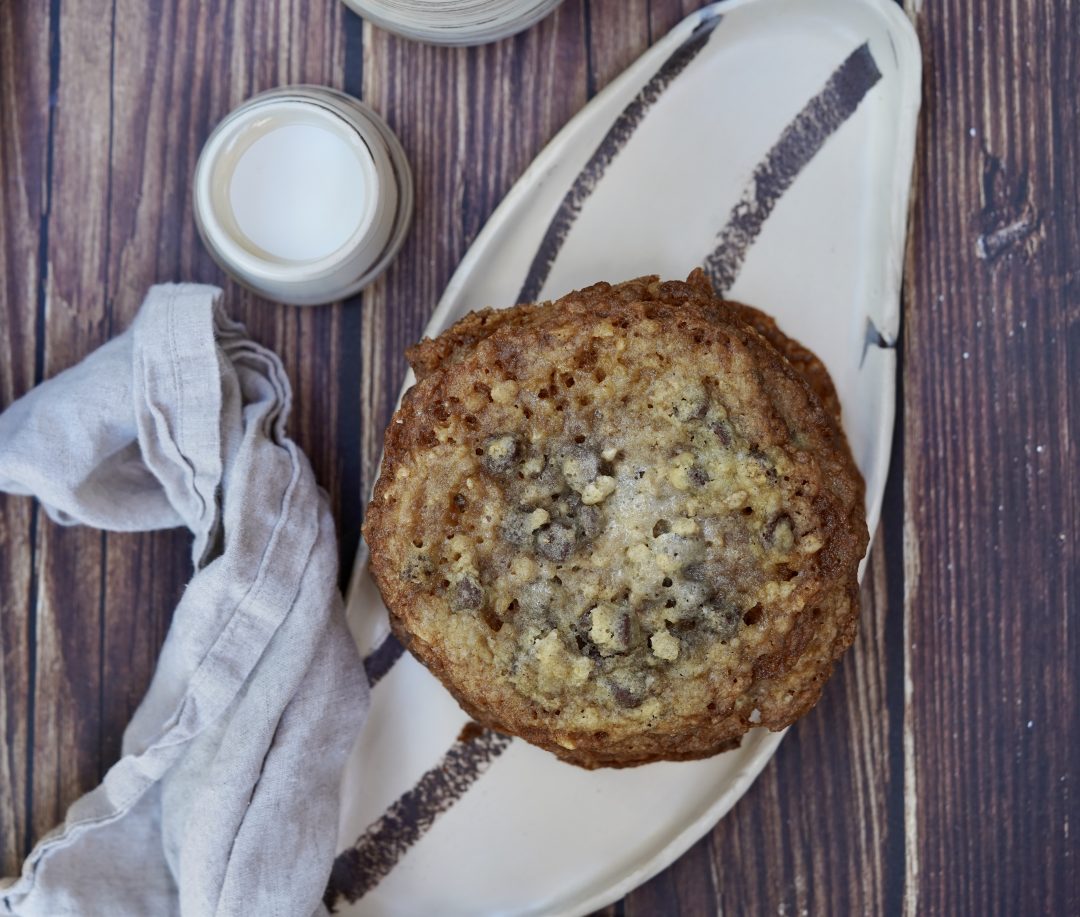 I have never been a big breakfast cereal fan. But, mix some cereal into a cookie, like in these chocolate chip rice krispie cookies or in ice cream and it’s a game changer. Historically, breakfast cereal became a highly competitive market. And whether for health or convenience reasons, consumers have been hooked on cereal since its invention. 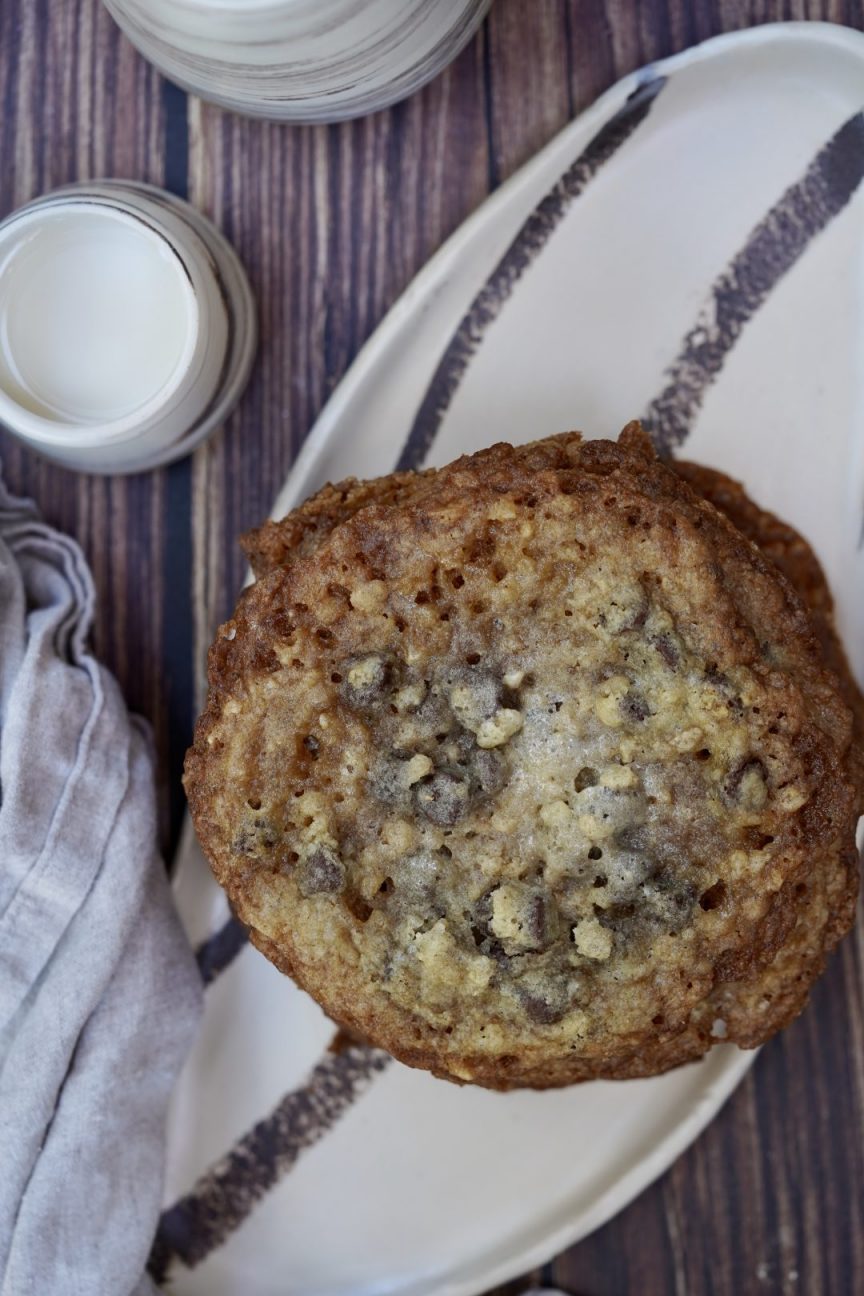 The History of Cereal

In 1863, James Caleb Jackson, who was a vegetarian and ran a medical sanitarium in western New York, created a breakfast cereal using graham flour dough that was dried and broken into shapes that needed to be soaked in milk overnight. He called it “granula“. Soon after, John Harvey Kellogg, a surgeon who ran a health spa in Michigan, made a similar version he called “granola“. But it was a patient of Kellogg’s, named C.­W. Post, who created “Grape-Nuts“, which would is what went on to become the first popular cereal product.

John Harvey Kellogg along with his younger brother, Will Keith Kellogg, discovered a way to make a flaked cereal which they called “Corn Flakes“. Will Kellogg had the idea to add sugar and began mass-marketing them, with included putting an in-box prize. Post developed a similar cereal Corn Flakes which he called “Elijah’s Manna“, that later got renamed “Post Toasties” after receiving flack from a religious group. 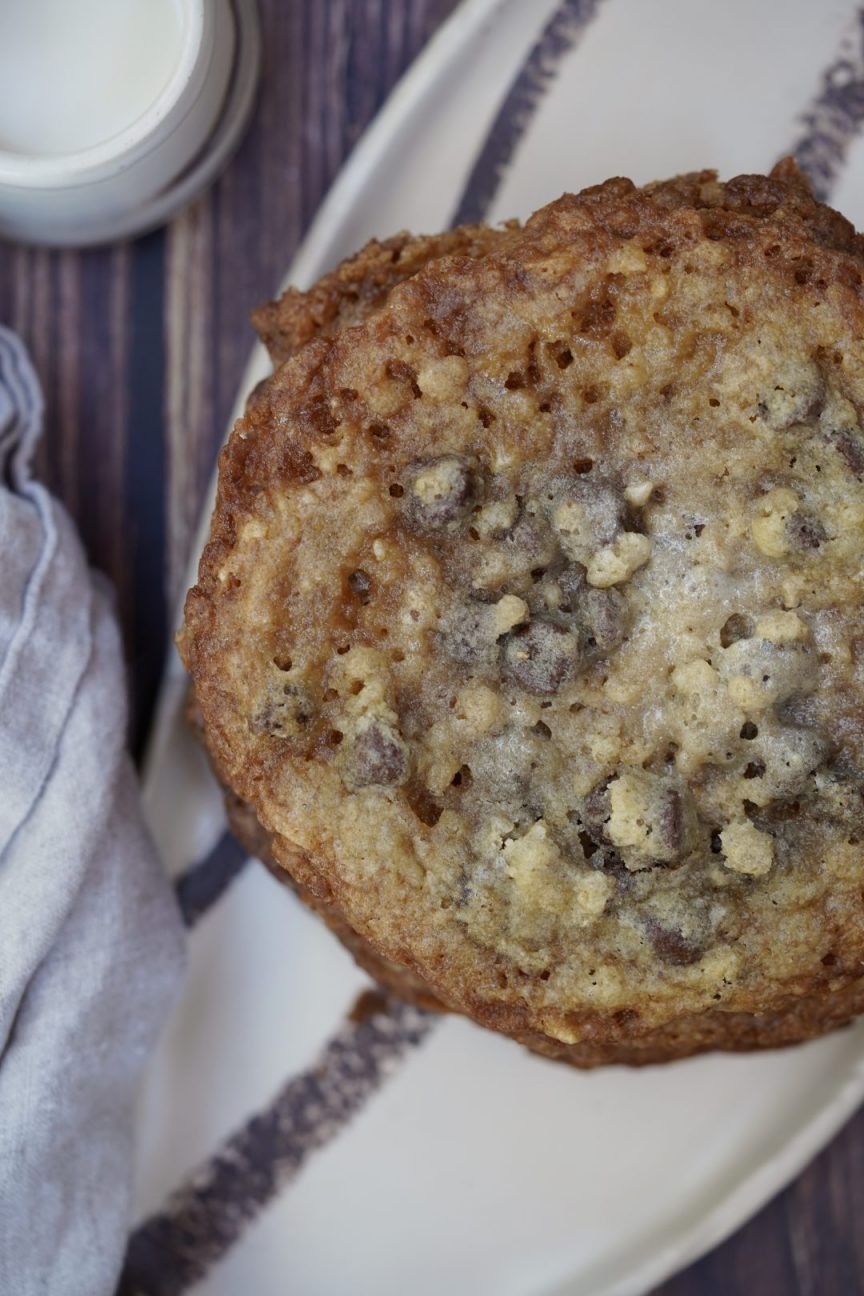 In the early 1900’s, the Quaker Oats Company, had devised a method of forcing rice grains to explode under pressure, and began marketing “Puffed Rice” and “Puffed Wheat” as a breakthrough in food science, calling them the first “food shot from guns” and a new “wonder of the world.”

In the 20’s-30s, a health clinician accidentally spilled a wheat bran mixture onto a hot stove, creating what would come to be called “Wheaties“. The Ralston Purina company introduced “Wheat Chex“, calling it “Shredded Ralston“. It was intended to feed followers of Ralstonism, a strict, racist social movement that included a belief in controlling the minds of others. Cheerios first entered the market as “CheeriOats“, but were quickly renamed.

Around the same time, Kellogg was hard at work on a puffed rice cereal ad were officially launched to the public in 1928. What made Rice Krispies stand out was the very distinct noise they made when milk gets added. Because of this, Rice Krispies were initially marketed as “The Talking Cereal” back in 1928.

According to Mashed.com, the “talking” is apparently due to the physical structure of the cereal. Rice Krispies are made by cooking rice at a high temperature. This makes the rice expand or puff up, creating pockets of air divided by bonded starch molecules. This causes the cereal to behave like a piece of glass. Liquid (milk) puts pressure on the air pockets, pushing the air up against the thin walls of the pocket, shattering it. And it’s that shattering that makes the distinctive snap, crackle, and pop noises Rice Krispies are known for. 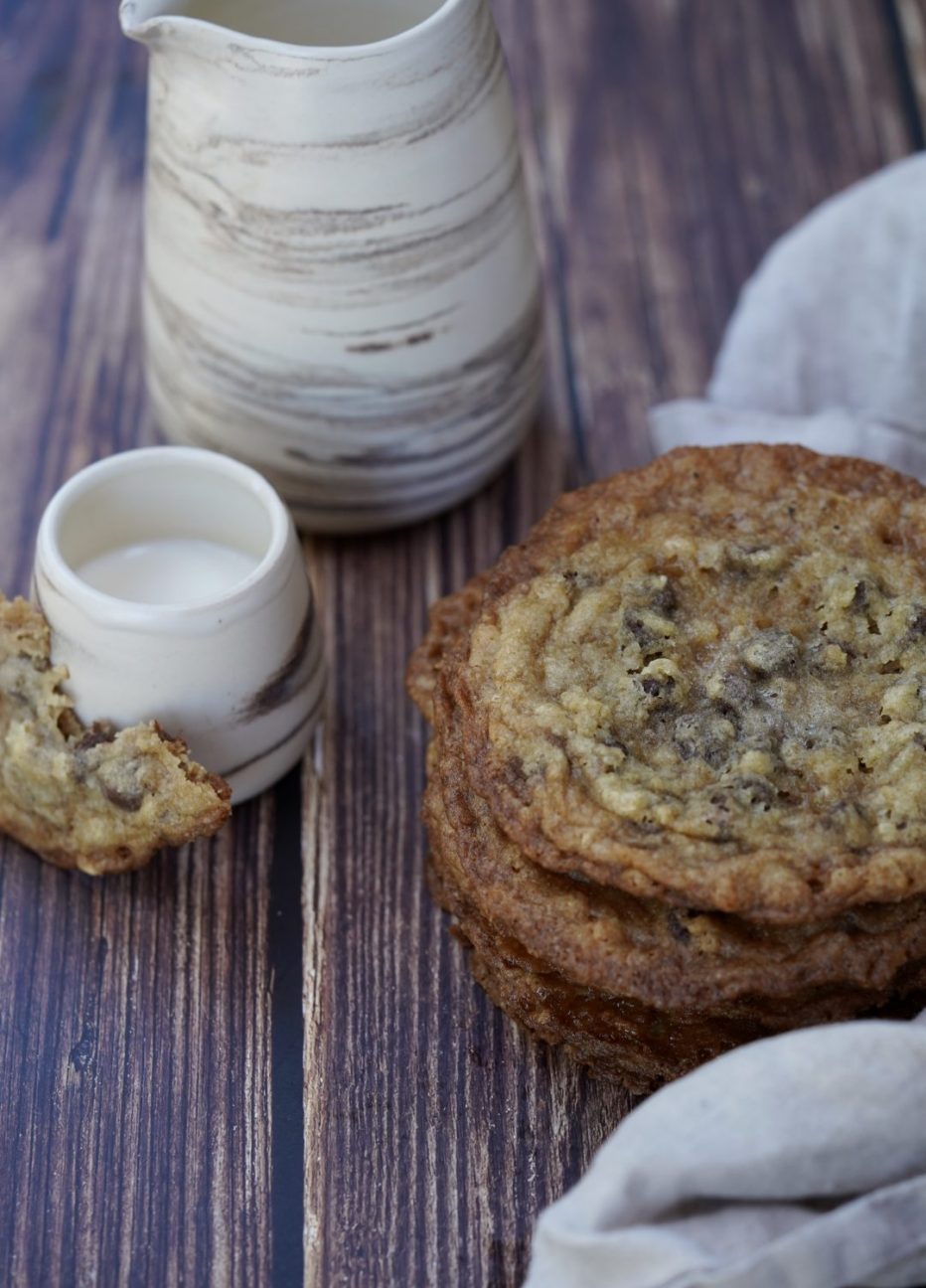 After World War II, cereal consumption increased with of the baby boom, and the addition of sugar became a huge selling point. It was also when Kellogg’s invented its signature cereal, “Frosted Flakes“, launching breakfast cereal into a whole new direction.

The word is still loves cereal today. Revenue in the breakfast cereals market amounts to$72 billion dollars as of 2022. And although I don’t like breakfast cereal for breakfast, I am still a consumer. Case in point, these outrageously delicious, slightly, chewy, slightly crispy chocolate chip cookies with rice krispies. The addition of krispies take these buttery chocolate chip cookies to a different playing field. My compost cookies, featuring corn flakes, were the inso behind this cereal cookies and got me thinking, perhaps I’m a cereal gal after all. 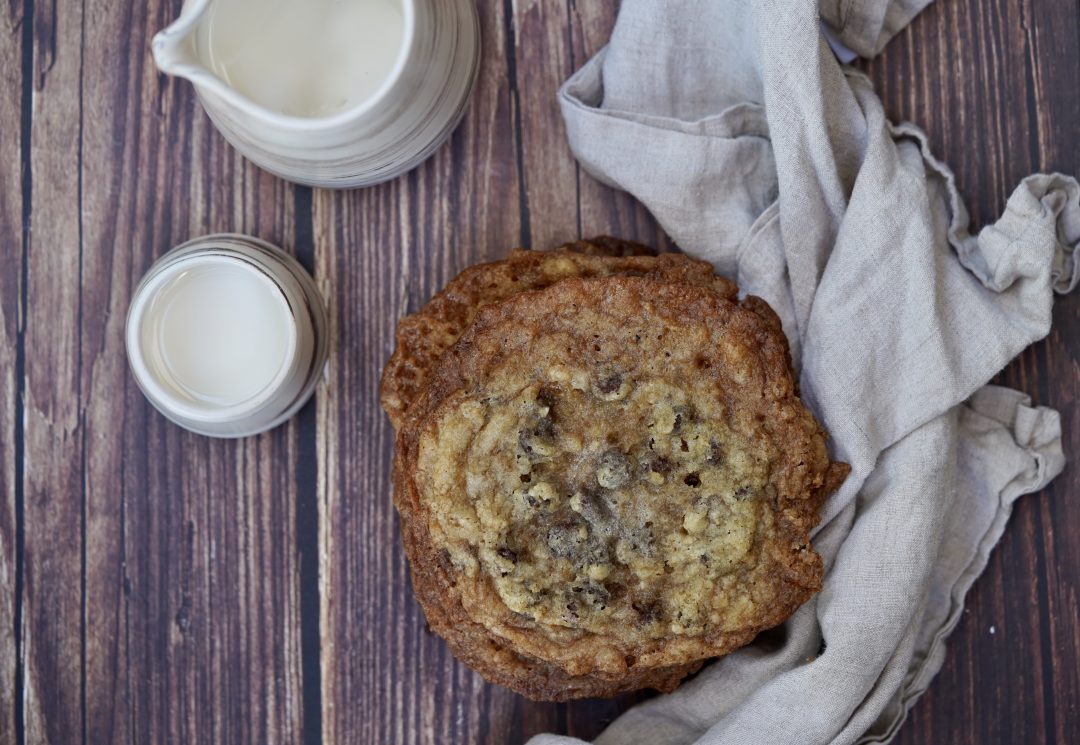 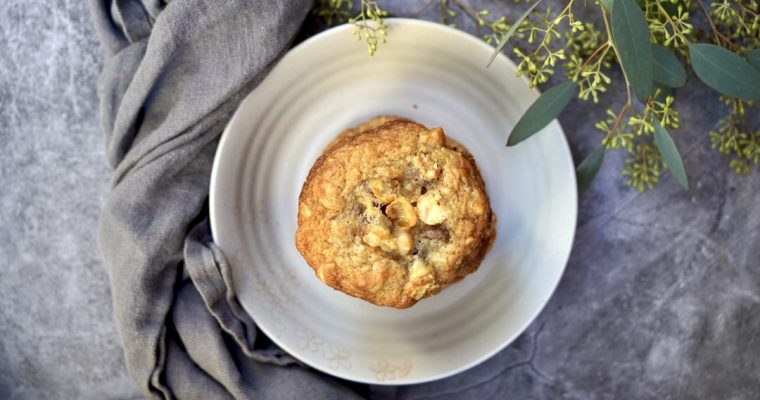