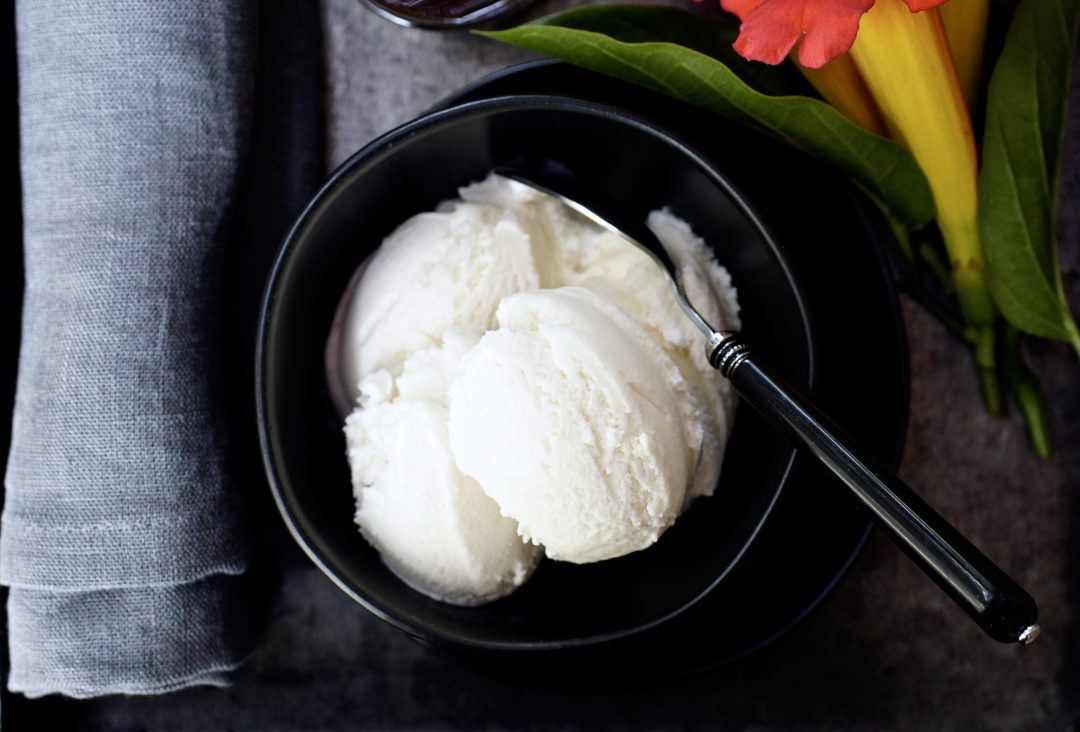 This coconut ice cream is for all my coconut-loving friends out there. It’s also dedicated to my older son, who starts his sophomore year of high school (via distant learning) today, during a Pandemic and in a state burning from wildfires. He is a huge coconut lover like I am, so I thought what could me more appropriate. If you’ve never made homemade ice cream before, now is the time, the days are still warm and this recipe for coconut ice cream is the perfect recipe to start with. I would however, like to point out the differences between ice cream and gelato. These are two delicious treats I adore, but many people often mistake them as the same.

Ice cream and gelato actually look and taste somewhat similar, but in all honesty, they’re actually very different. Although “gelato” is the Italian word for “ice cream” there are a few important differences between the two. From the ratio of milk to cream, to how the mixture is churned, to the flavors and textures, there are some big distinctions between the two.

The two main ingredients in both gelato and ice cream is milk and cream, but it is the amount of each that results in two very different desserts. As the name implies, “ice cream” contains more cream than milk, whereas gelato is made with a greater proportion of whole milk to cream. Another ingredient that distinguishes the two is eggs; ice cream typically includes egg yolks (although my recipe here does not) while gelato is (most often) completely void of any eggs.

These differing measurements and ingredients affect the amount of fat in each dessert, as well as how the frozen treat actually feels in your mouth (the texture of the food in your mouth as you eat it). Legally, ice cream has to have a minimum of 10 percent fat; gelato contains only 5 to 7 percent fat. I’m willing to be that’s a fun-fact you’ve never heard about.

The process for making ice cream and gelato is also different. Ice cream and gelato must be churned to create that creamy, scoopable goodness, but, it is the speed at which they are churned (and the resulting amount of air incorporated) that is different. Gelato is churned at a slower speed than ice cream, which creates a denser consistency since less air is whipped into the mixture. Gelato contains about 25% air, while ice cream can contain as much as 50%.

Once the ice cream and gelato are made, they are stored at certain temperatures to maintain the right consistency. Ice cream is typically served frozen, around 0 degrees F, whereas gelato is typically stored and served at a slightly warmer temperature, around 15 degrees F. This subtle difference means gelato is not completely frozen, making the texture much softer and silkier than ice cream. 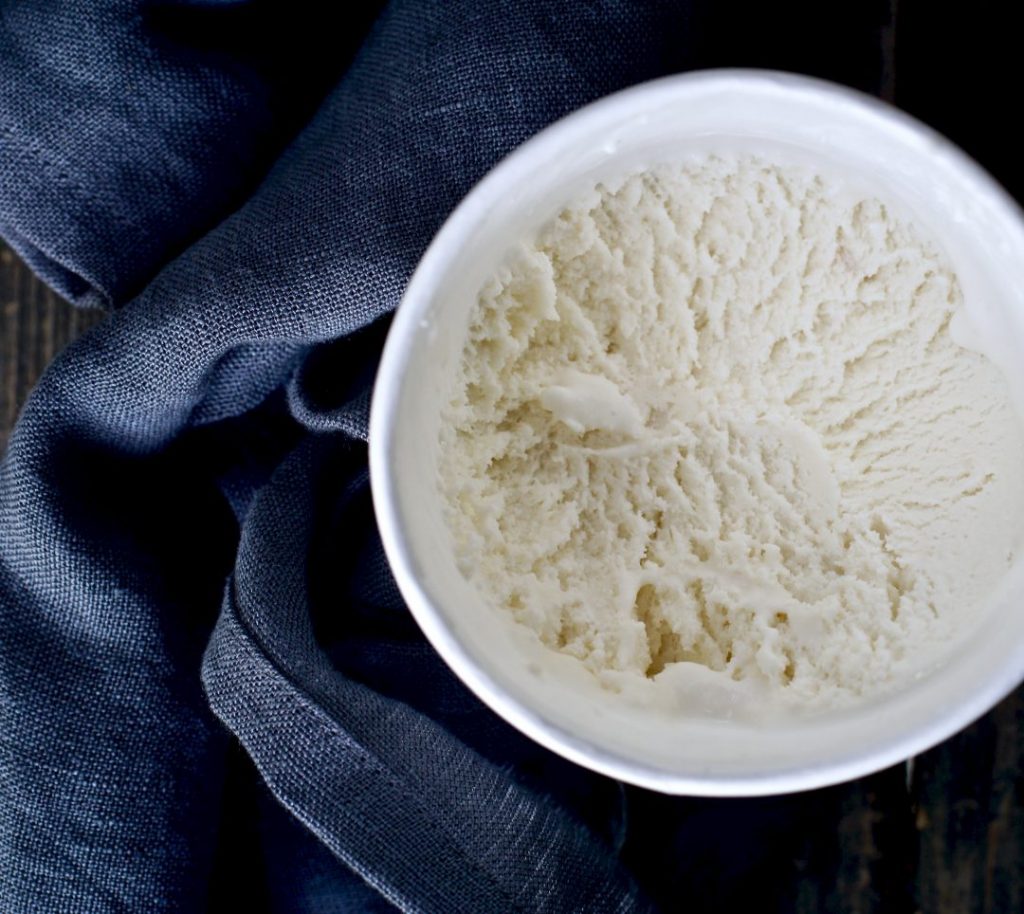 The Flavor and Texture

Flavor-wise, there are limitless options for ice cream. But when it comes to gelato, the flavor profile is more narrow. There are the classics; vanilla, chocolate, hazelnut, and stracciatella and often a variety of fruit flavors—but uncommon are the outrageous ice cream combinations you see out there like bourbon and cornflakes.

The composition differences, combined with the way they are stored, affect the taste and feel in your mouth. Fat and cold numb the tongue and taste buds slightly making it more difficult to actually taste the food. Because gelato has less fat and is warmer than ice cream, the flavors shine more. For gelato these factors also make for a smoother consistency whereas ice cream typically has more of a fine crystal texture.

So, as summer winds down and fall approaches, I encourage you to embrace the warm weather and longer days while we have them. Ice cream is a great make-at-home treat for the whole family and may just offer a little bit of comfort during this unsettling time. And if you are a parent with children at home about to begin the school year, I wish you patience, as I know well how challenging it will be for all of us. 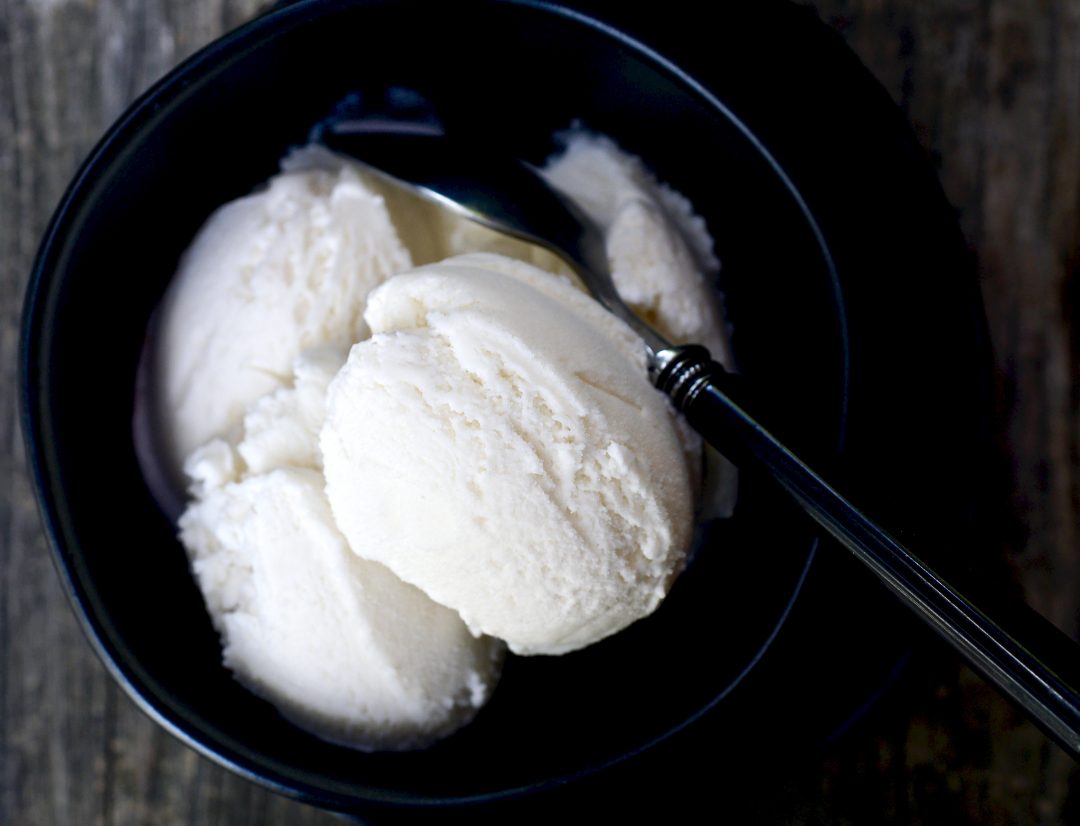