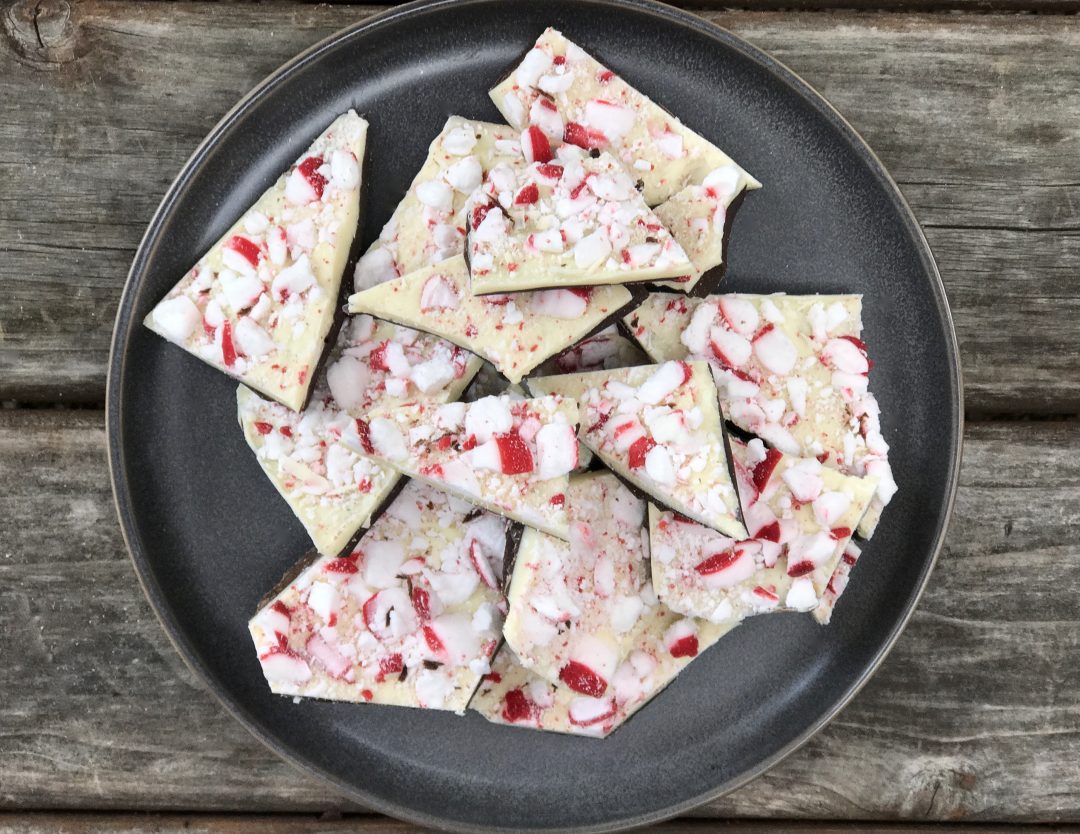 Yum
Peppermint bark, as it’s called, is almost non-existent during the year, until Christmas time when it is absolutely everywhere.  I don’t typically like the commercially made verities, but when you find an artisanal one, it can be fantastic.  Peppermint bark is a rich chocolate confection, it’s not something you eat a large amount of; the peppermint prevents that. It’s something you nibble on, and a little bit ordinarily goes a long way.  It’s great with coffee after a meal and it makes a a nice treat for friends and family.  Peppermint bark can be traced as far back to the 1960’s but it was not nearly as popular until Williams-Sonoma introduced their now famous version of the candy in 1998.  Although other companies now sell it, William-Sonomas’ version is by far the most popular, despite only selling it during the last 12 weeks of the year. William-Sonoma estimates they’ve sold more than five million (1-pound packages) of this lovable holiday treat in the last decade. That is a lot of peppermint bark! 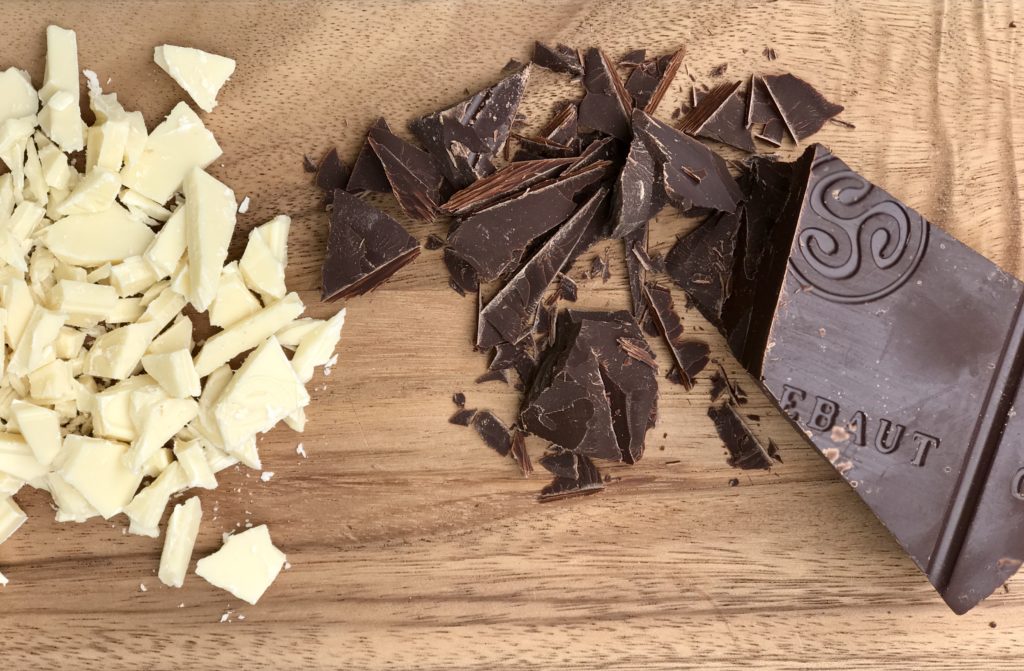 Peppermint bark is actually not very complicated to make, it only has four ingredients, but there are few important things to remember:  First, you want to use good quality chocolate. The taste will be as good as the chocolate is. Second, you must temper your chocolate. Using a double boiler works best. Third, leaving a bit of chopped chocolate (or seed chocolate) unmelted to be added during the tempering process is helpful. 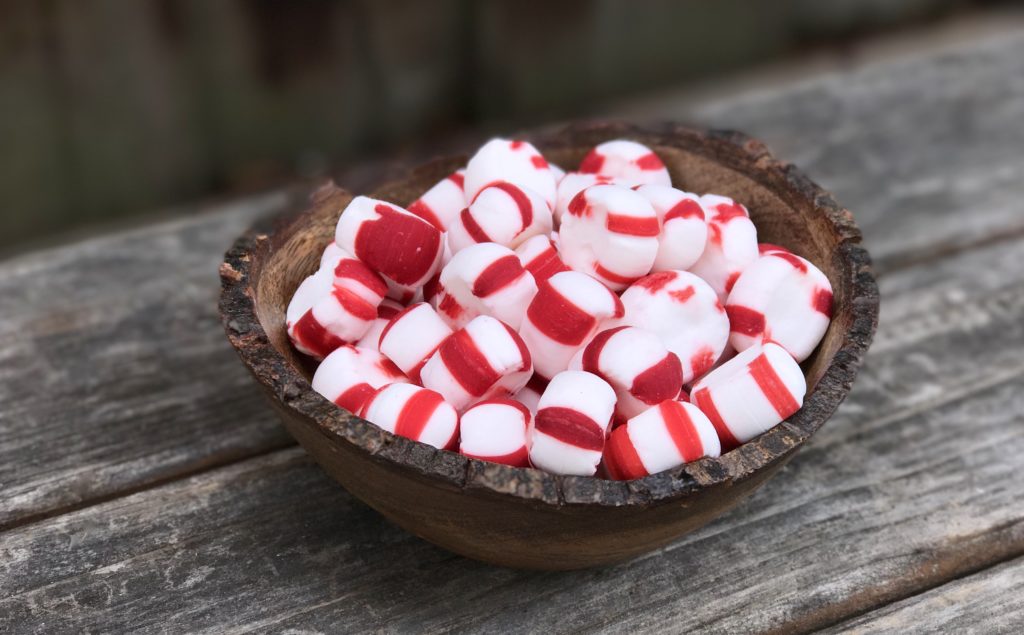 Tempering chocolate is a term that many home cooks are fearful of: don’t be.  Simply melting chocolate will not be enough to guarantee that the peppermint bark will become solid at room temperature. Tempering makes this possible.  Tempering makes chocolate smooth and glossy. It prevents the dull, grayish color and almost wax-like texture that you can see when the cocoa fat separates out. Instead, the result is a more crisp chocolate. If you have never tempered chocolate before, check out this link, which shows you how to do it properly. 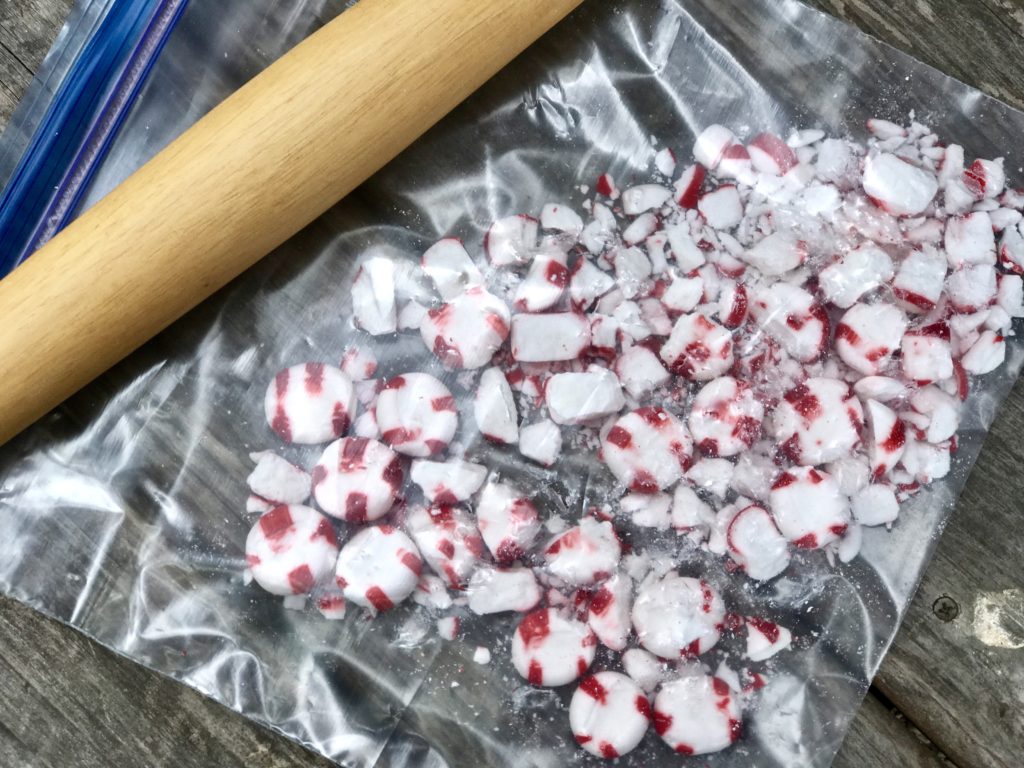 This is a great recipe to work on with kids, if they (and you) are interested.  You place peppermint candies in a sealed Ziplock bag, with most of the air removed. Using a rolling-pin, gently crush the candies into smaller pieces. (Not surprisingly, this is the part kids love). Just be careful not to over crush the candies—you don’t want peppermint powder, you want to have small chunks with visible red stripes, since they give the peppermint bark its distinct appearance. 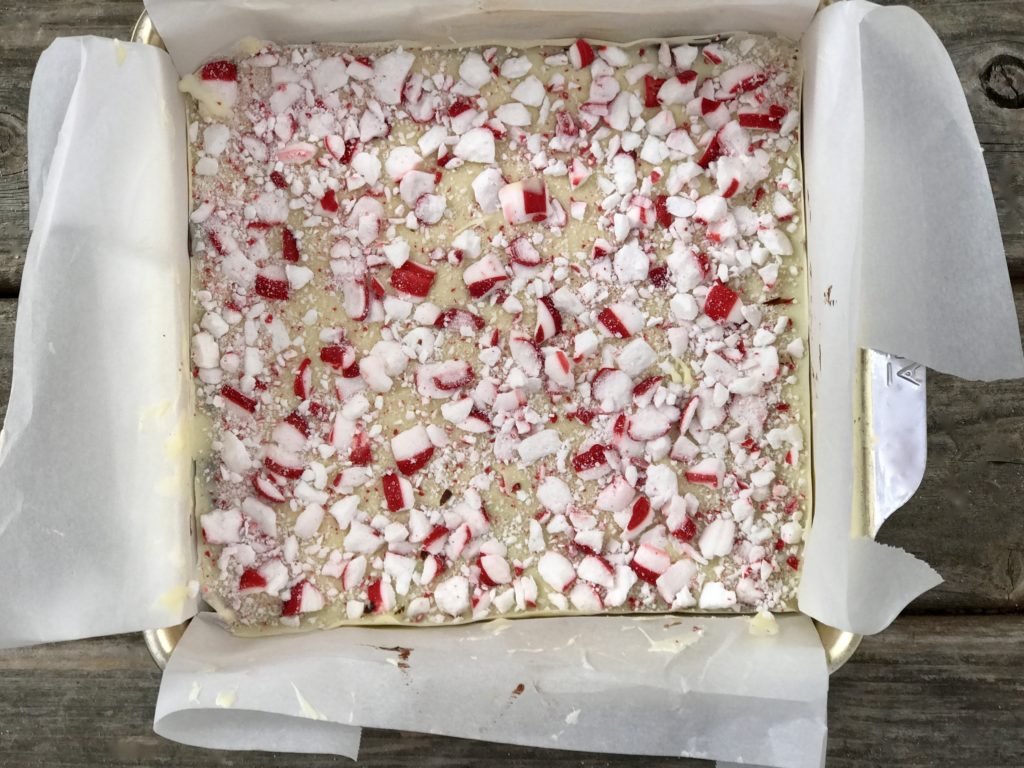 Assembly of the bark is rather easy after the tempering. Semi-sweet chocolate goes first, followed by the white chocolate. The crushed peppermint candies get  sprinkled on top off the white chocolate before it sets, so that the candies adhere properly. Once the peppermints are on, the bark gets refrigerated to harden before breaking up into smaller pieces. This a fun festive sweet treat for the holidays and a perfect hostess gift for any and all. 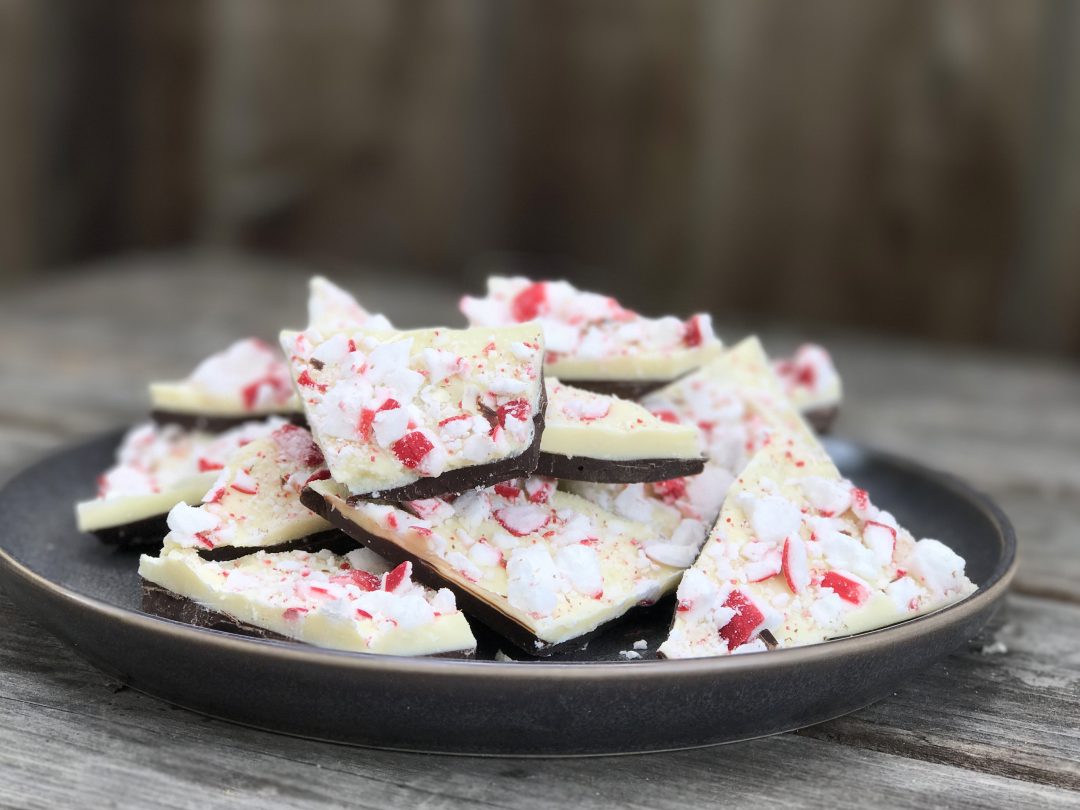 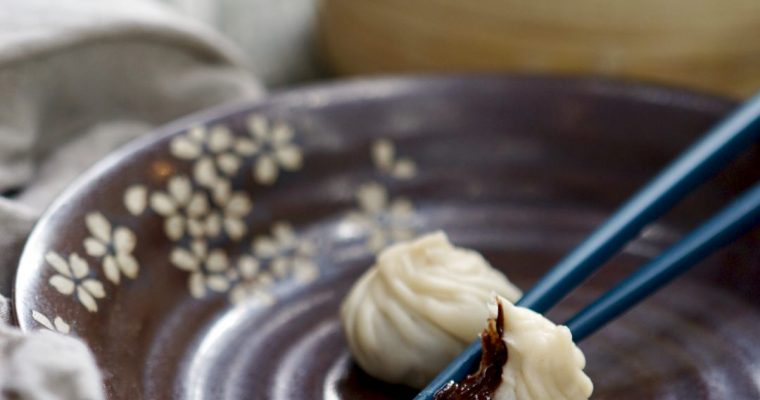 Slice And Bake Icebox Holiday Cookies, Nice And Simple
Cranberry-Orange Pistachio Biscotti That I Have Been Making For Years