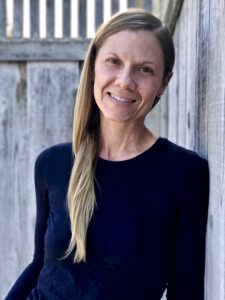 I am a classically trained chef from New York City.  After obtaining a B.A. from the University of Wisconsin-Madison and working as a legal assistant at Sullivan & Cromwell with plans of going to law school, I made a career shift and decided to go to culinary school instead.  I graduated from The French Culinary Institute in lower Manhattan.  After graduation, I cooked in New York as a line chef, taught cooking classes, catered, tested recipes, managed a restaurant, and was the general manager of a cooking school in TriBeCa.

My very first job out of culinary school was as a line chef at a well-established literary club in Midtown.  Other than my coveted internship at the legendary Montrachet, I had very little actual restaurant cooking experience.   I credit Chef Jacques, my mentor chef at French Culinary (now known as the International Culinary Center), for strongly encouraging me to go speak with a chef who just got hired at this club.  He was a French-Middle Eastern man, known for his fusion of flavors and impeccable skill.  I was intrigued and desperate, so I went.

Like many new graduates in any profession, I was confident but unqualified.  There I was, a young blonde girl with a B.A. in political science and fresh out of culinary school ready to start my career.  The chef did not like me, nor did he pretend to like me.  But as my mom has always taught me, you sell yourself (or your skills) to the best of your ability, and you hope.  I do not think he bought my spiel. I think he was out to make an example of me, and possibly even enjoy my downfall.  But for whatever reason, he hired me.

It took a while to adjust to the all male, primarily Spanish-speaking kitchen.  The recipes were written in French (another language that I don’t speak), which also proved challenging.  But with a tremendous amount of hard work and grit, I assimilated, paid my dues, and grew to love it.  I actually loved almost the whole experience: the challenging work, the sweat, the people, the camaraderie, the pressure, the energy, the endless opportunities for creativity, and the sense of accomplishment we felt when something went well.

I didn’t much care for the burns, the cuts, the bits of sexism that can permeate a kitchen, and I definitely got tired of making rice pudding.  But I also came to love the chef, and the two chefs who followed him there.  I think they all came to respect me.  I loved my four years at the club: they were long years, but I miss it every day.

In June 2009, I moved to Northern California with my husband.  Now, a mom of two boys (and three dogs), I’m a stay-at-home mom who cooks for my family.  I had always thought I would raise my kids in New York City (where my husband and I both grew up and where we met in 6th grade !?!?!? at The Calhoun School). But now I live in Silicon Valley.  Sometimes life is not what you expect it to be, but somehow, it just works out.  The one thing that has never changed is my love of food.  When it comes to eating, I will try almost anything. I think about food all the time, and I cook constantly.  I’m extremely critical of my own cooking, but extremely impressed (even grateful) when others cook for me, especially when someone invites us over for a home-cooked meal.

I started this blog for a few reasons: because people always ask me cooking questions; because people (especially my husband) encouraged me; because I wanted a way to journal (or document) my recipes; and because I hope one day my boys, who both LOVE food, will enjoy it too.