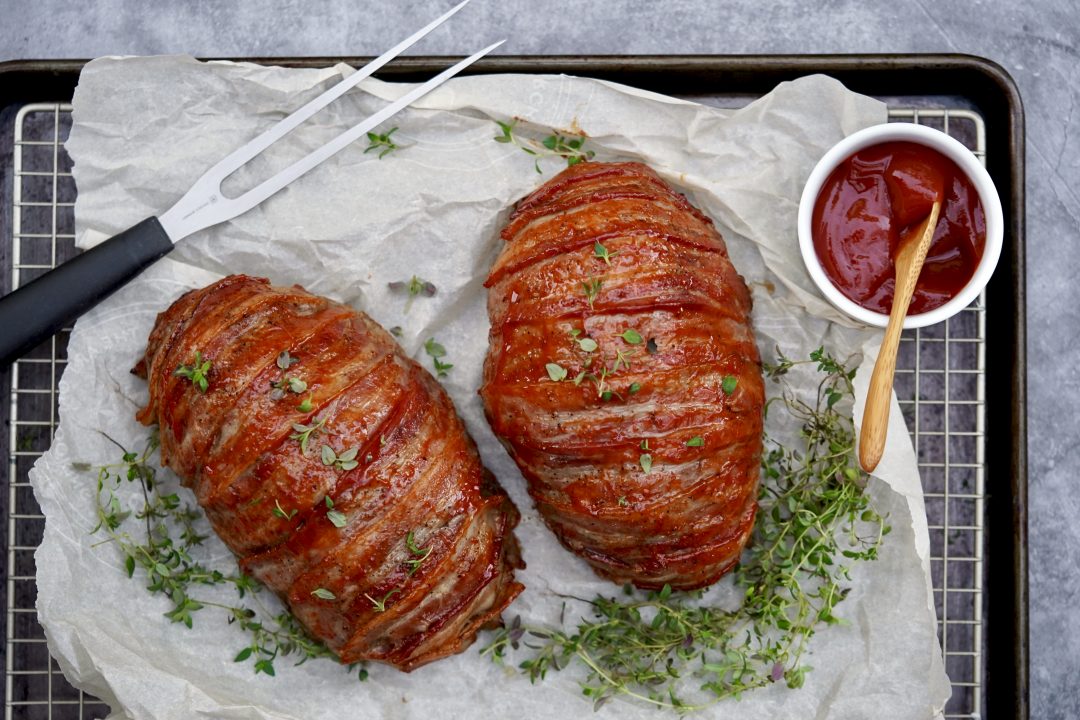 Let’s talk about meatloaf shall we. Some love it, some love to hate it and some love it in secret and absolutely refuse to admit it. I find this fascinating.

Historically, meatloaf is considered a traditional German, Scandinavian dish that is cousin to the Dutch meatball. Meatloaf, when you break it down, is exactly as the name implies, a dish of ground meat (although ground lamb, veal, pork, venison, poultry, seafood and tofu are also used) that is mixed with other ingredients and formed into a loaf shape. This well-known comfort food is commonly baked in a standard loaf pan, on a baking sheet (as is the case here) or even, at times, smoked. 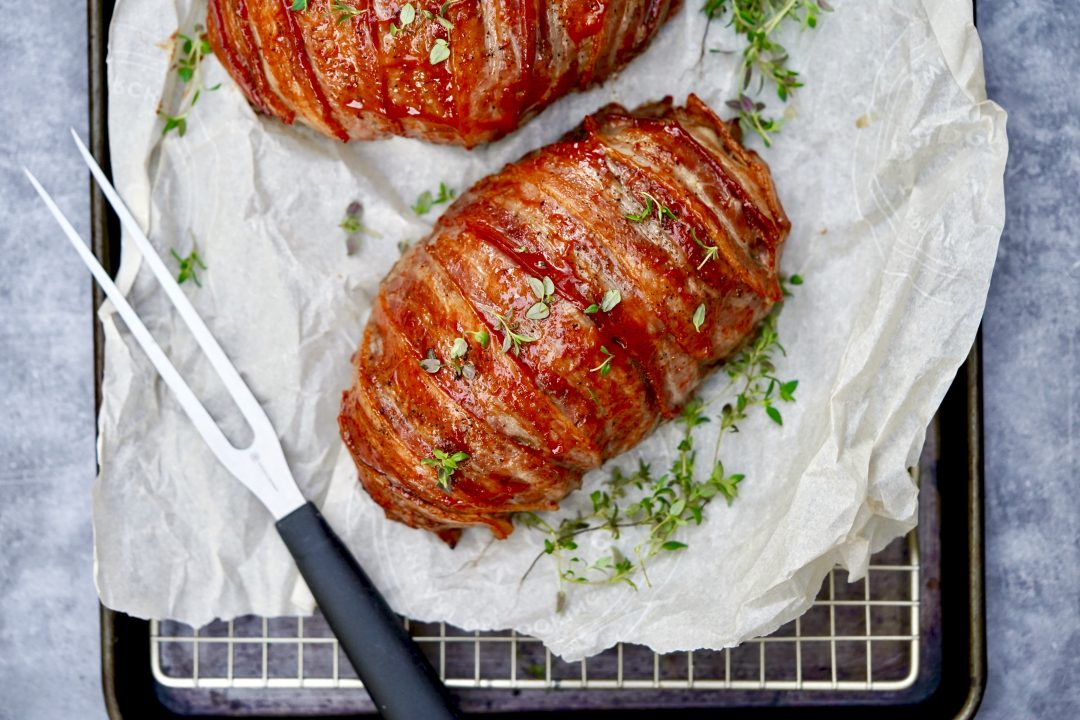 Meatloaf during the colonial times consisted mainly of ground pork and cornmeal, two ingredients more readily available.  But during the Great Depression, meatloaf became a staple of many Americans’ diets because it was economical. Meatloaf helped home cooks extend precious protein farther to feed more people with less meat. In the 1940s meatloaf was an “emblem of wartime ingenuity“; this was the era of Penny Prudence’s “Vitality Loaf,” made with beef, pork and liver. The Culinary Arts Institute even published a recipe for a Savory Meat Loaf that called for beef, vegetable soup and cereal. 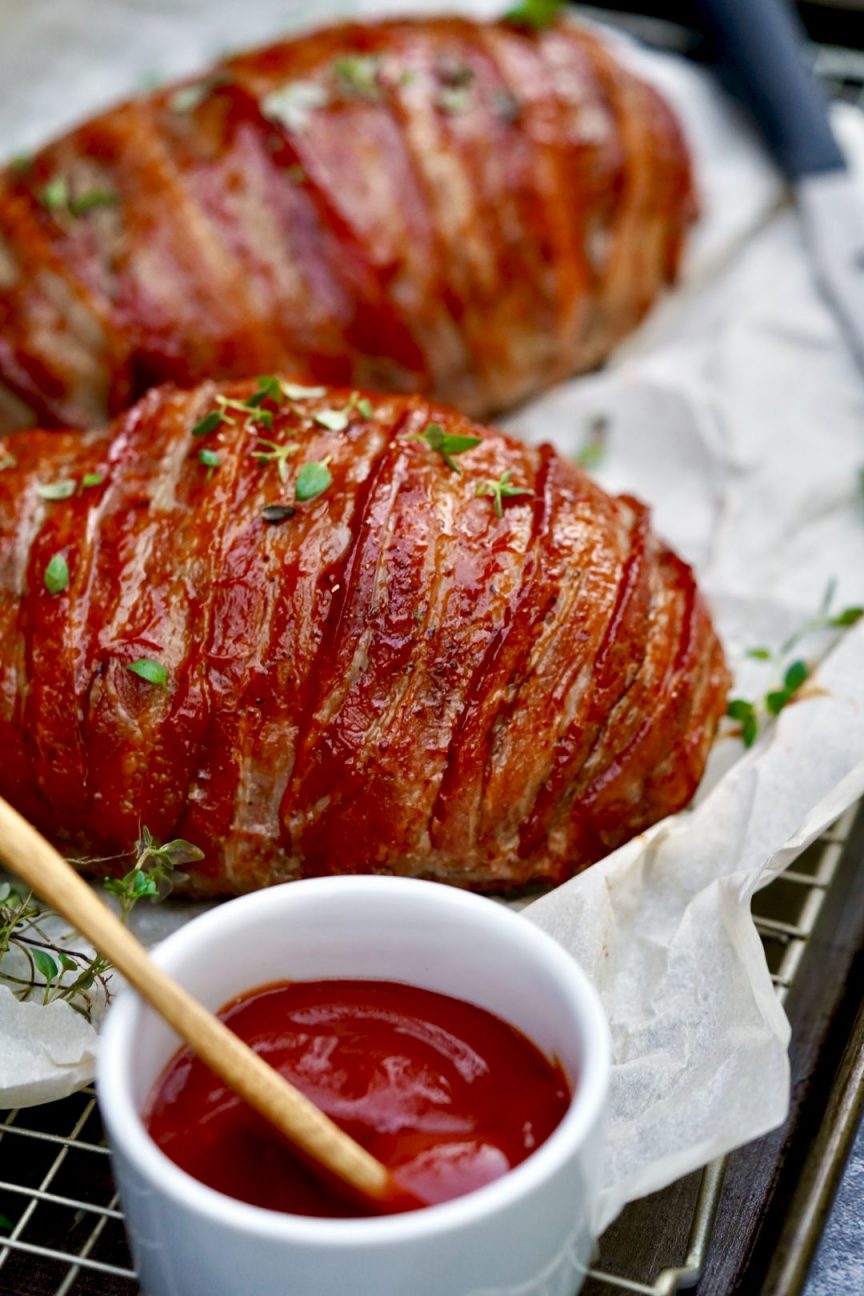 Americans embraced meatloaf with great fondness over the years that followed and by the 1950s, meatloaf was here to stay. Betty Crocker punished recipes, which home cooks tweaked. And in 1958 a book titled “365 Ways to Cook Hamburger”, included 70 different recipes for meatloaf. Soon meatloaf became an expected item at American diners and was seen in some finer restaurants as an act of nostalgia that Americans sustained through hard times. 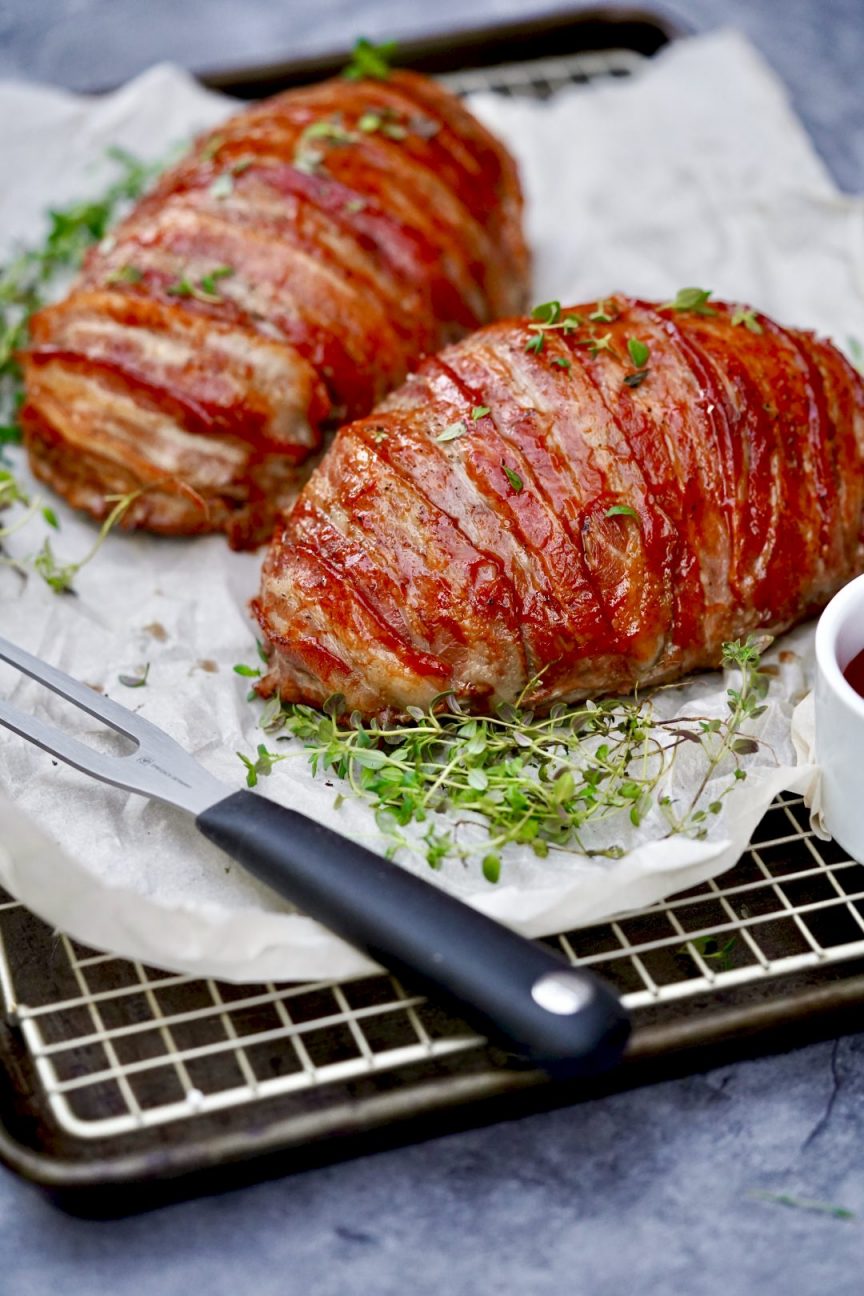 Meatloaf, is a dish connected to something bigger: a tradition, a timeline in American history that’s enduring. As a kid, I would not touch the stuff and my mid-western mom rolled her eyes at me often because of it. But now, I make it for my boys. Karma. I can’t say I’m a huge meatloaf fan, but I have learned to embrace it and all the many ways you can enhance it.

This is a new recipe I developed using bison (a meat I love) that is wrapped in bacon (something my husband prefers not to eat) that is easy and flavorful as ever. The bacon helps keep the meatloaf juicy which eliminates perhaps my biggest issue with meatloaf to begin with–dryness. If you’re wavering on how you fee about this American classic, give this recipe a go and see if you’re actually a diehard meatloaf lover yourself but you didn’t know it. 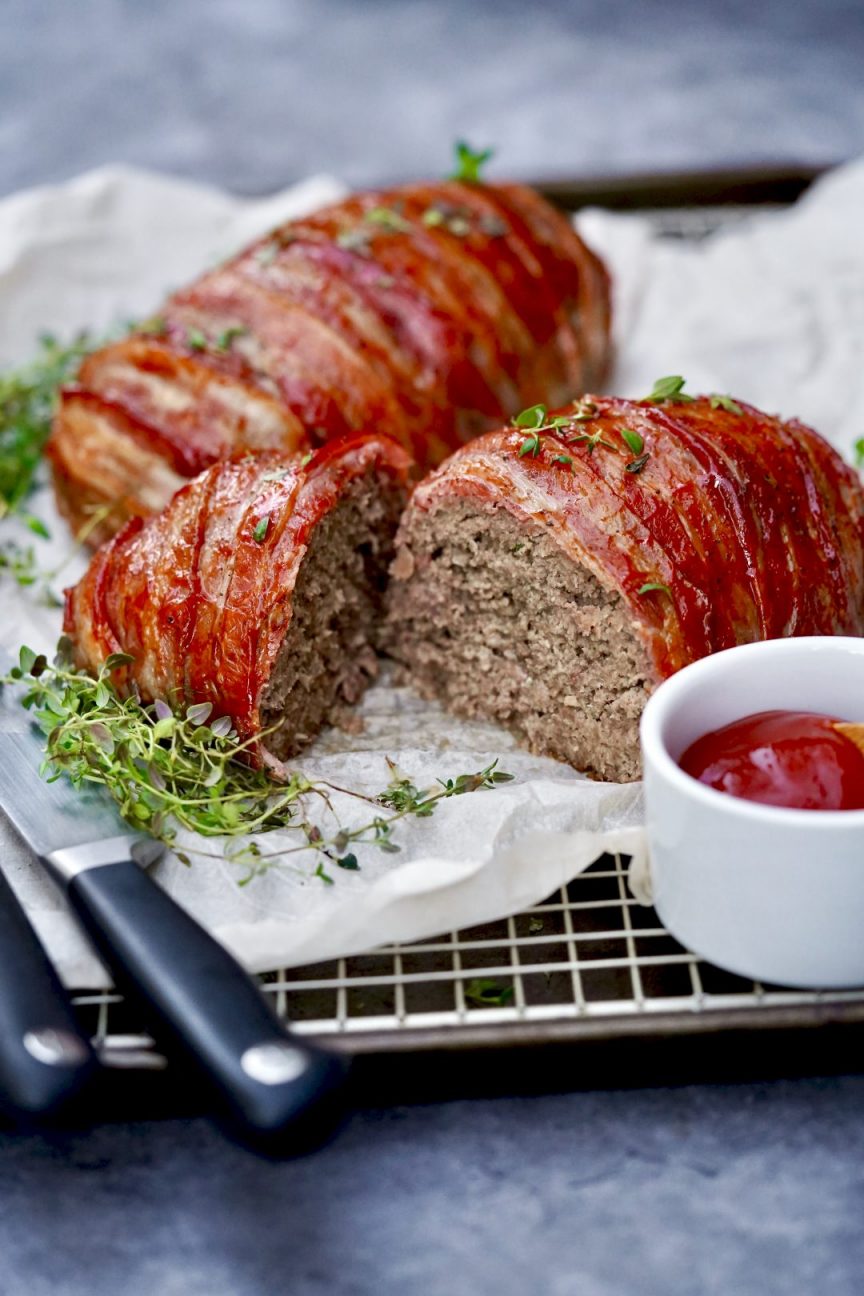