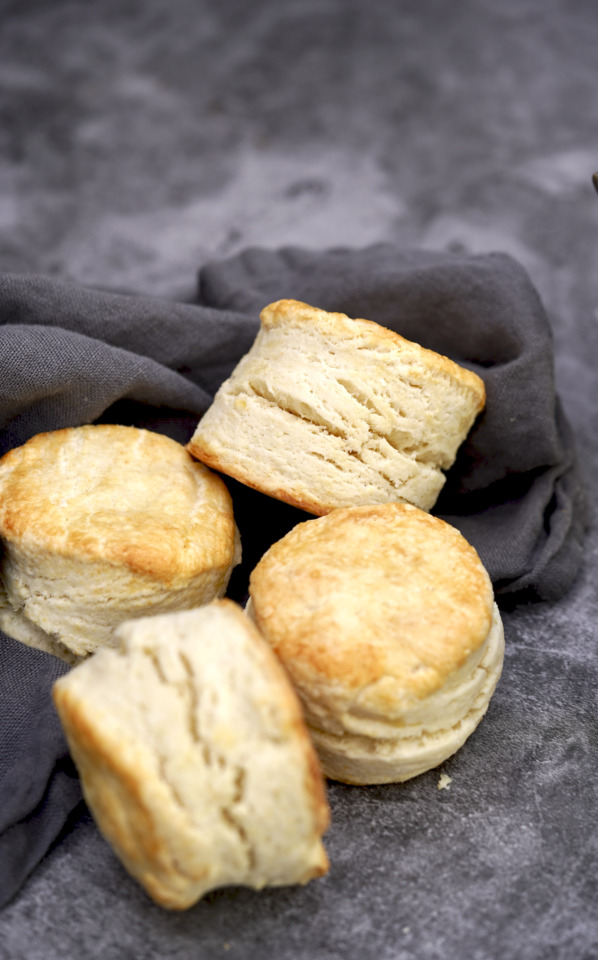 Homemade buttermilk biscuits are a true weakness of mine. But biscuits, I’ve learned, are an incredibly personal thing. Those who love them, have strong options, and I totally get that. Historically, biscuits were considered a delicacy and so revered, in the pre-Civil War South, that they were typically reserved only for Sunday night dinners. To me, they are not a delicacy, but rather a comfort food. And when the whole Covid nightmare began, I found myself making and eating homemade biscuits often. 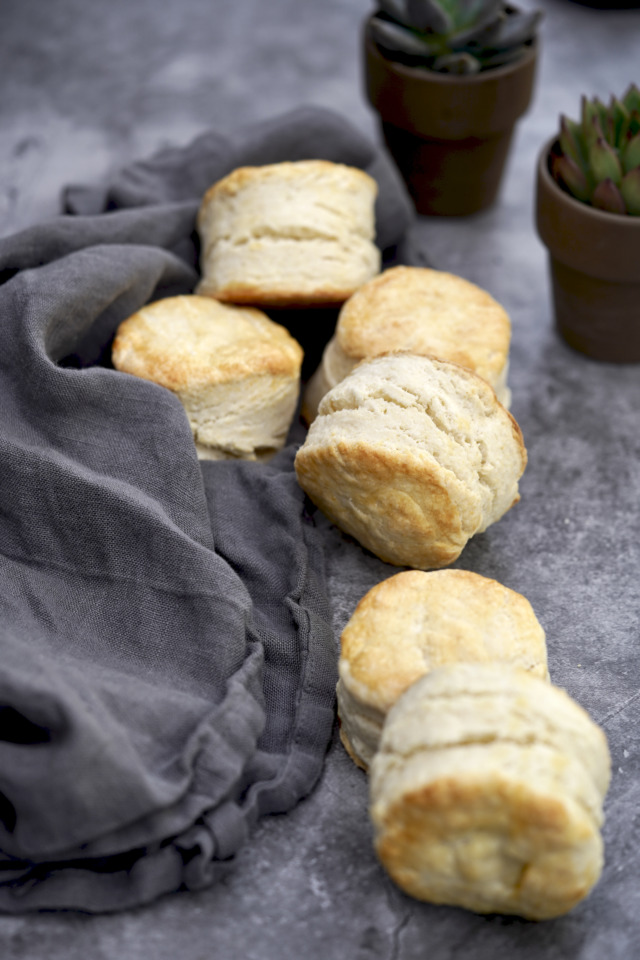 For the non-bakers out there, biscuits are considered a “quick bread”; meaning, they don’t need time to rise before baking. Made up of only a few simple pantry ingredients, biscuit dough should always be folded by hand (never rolled) to incorporate air, which expands while baking, and causes the biscuit to rise. In the South, biscuits are traditionally served as a side dish with fresh butter but are also common at breakfast-time served alongside spreads such as; molasses, maple syrup, sorghum syrup, honey, jam or jelly.

In 1952 Colonel Sanders opened his first Kentucky Fried Chicken in Utah, taking biscuits out of the south for the very first time. The popularity of biscuits was quick to explode and before too long, they too had their very own food holiday. Most don’t know it, but National Buttermilk Biscuit Day was just last weekend, on May 14th. 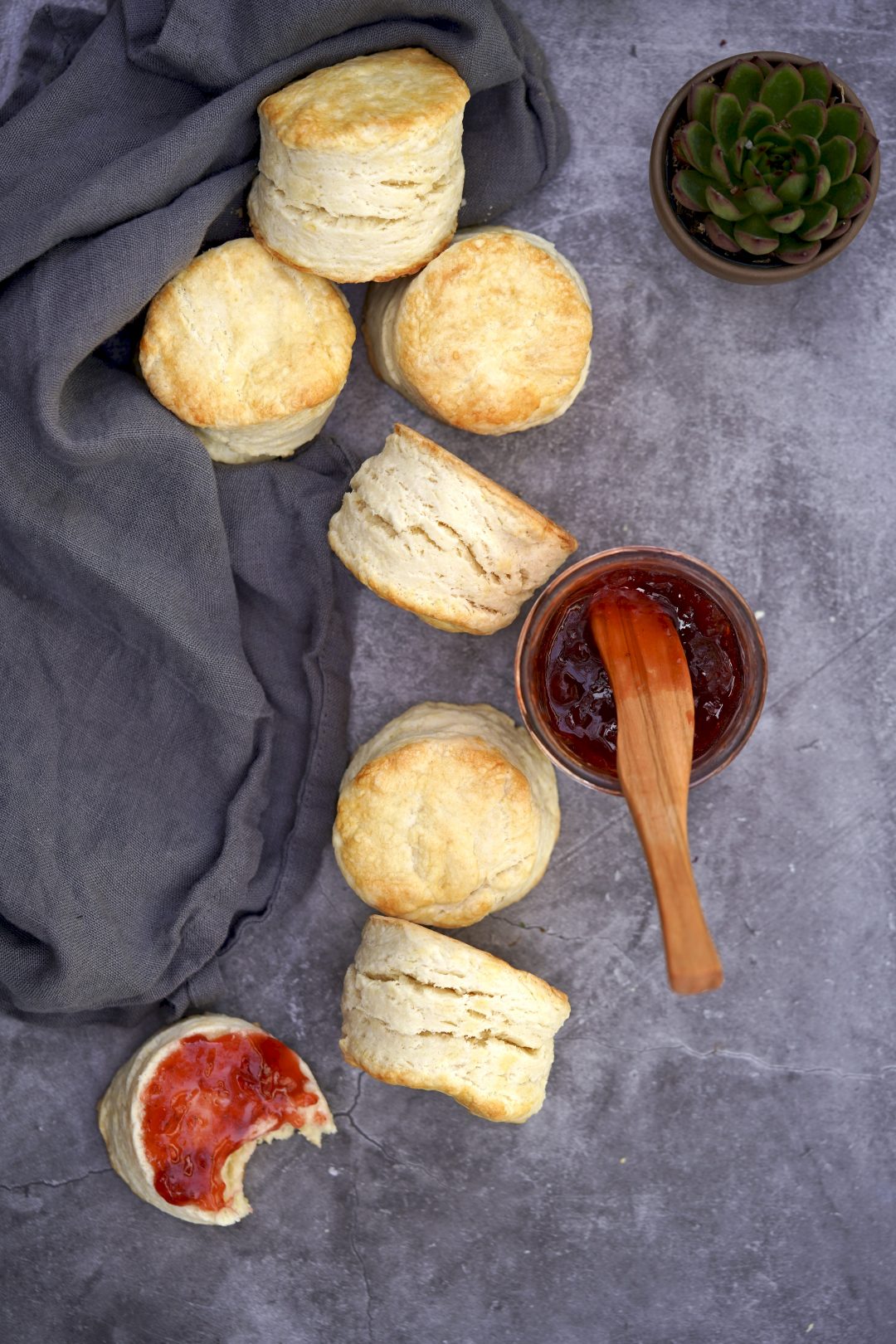 The Best Flour For Biscuit Making:

Dating back to 1883, the gold standard biscuit flour was White Lily, which was milled in the heart if the South, in Knoxville, TN. White Lily flour is made with soft wheat and a much lower protein content than northern wheats.  But why is lower protein so important? The answer is, protein, in flour, is what leads to the development of gluten (the proteins that give dough its elasticity). You want a little gluten to give your biscuit structure, but not too much because that traps the fibers and doesn’t allow the leavening to make the biscuit rise as much as you ideally want.

If you can’t find White Lily, which I highly suggest using, there’s a trick I learned that works almost as well. Mix half all-purpose flour with half pastry flour, and that’s a pretty good compromise in a pinch. All-purpose flour has a protein content of around 12% while pastry flour is closer to 6%. Combine them, and your result has a protein number of 9%, just about the same level as what made White Lily so unique. But just as important as the flour, the technique in making biscuits should not be overlooked. 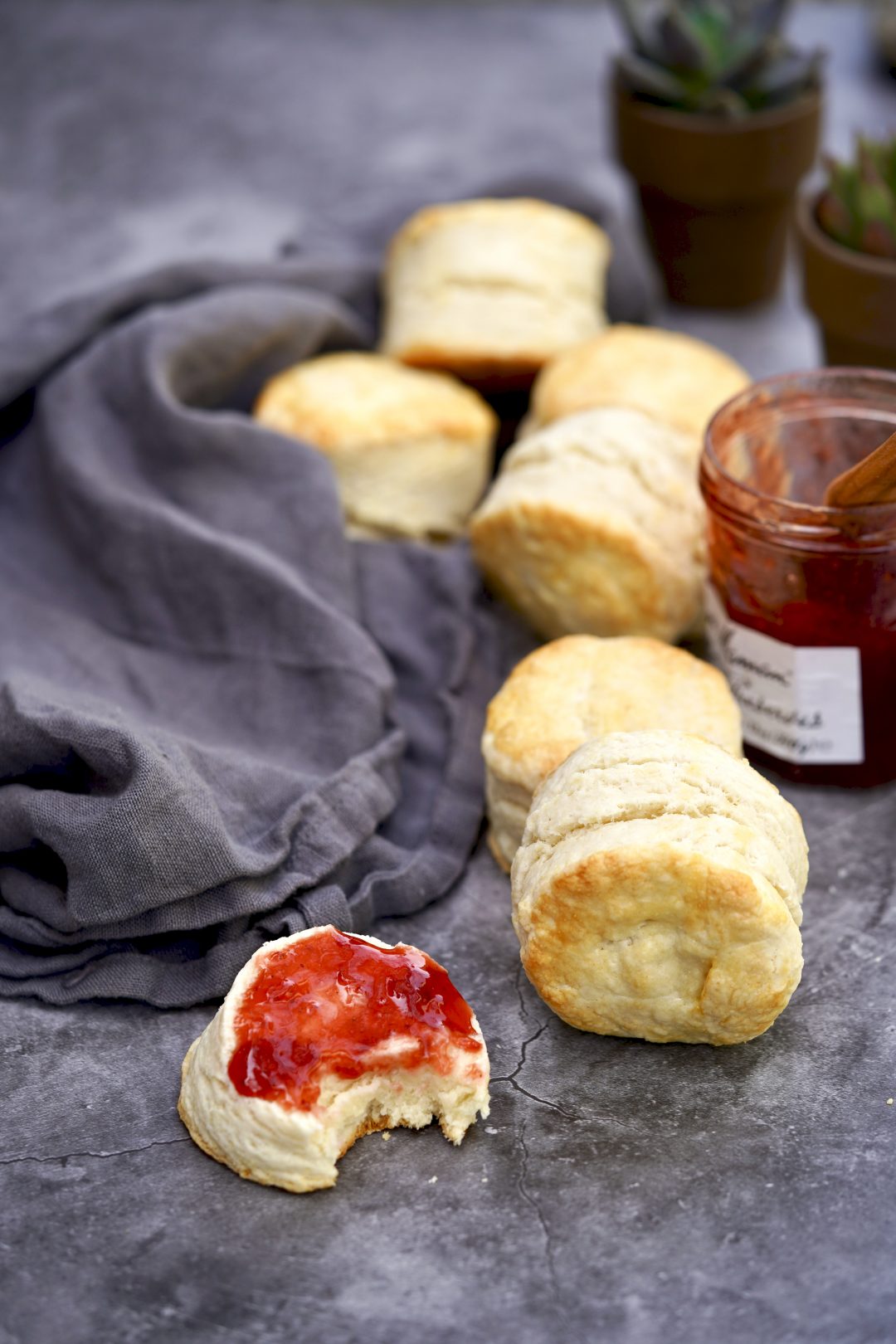 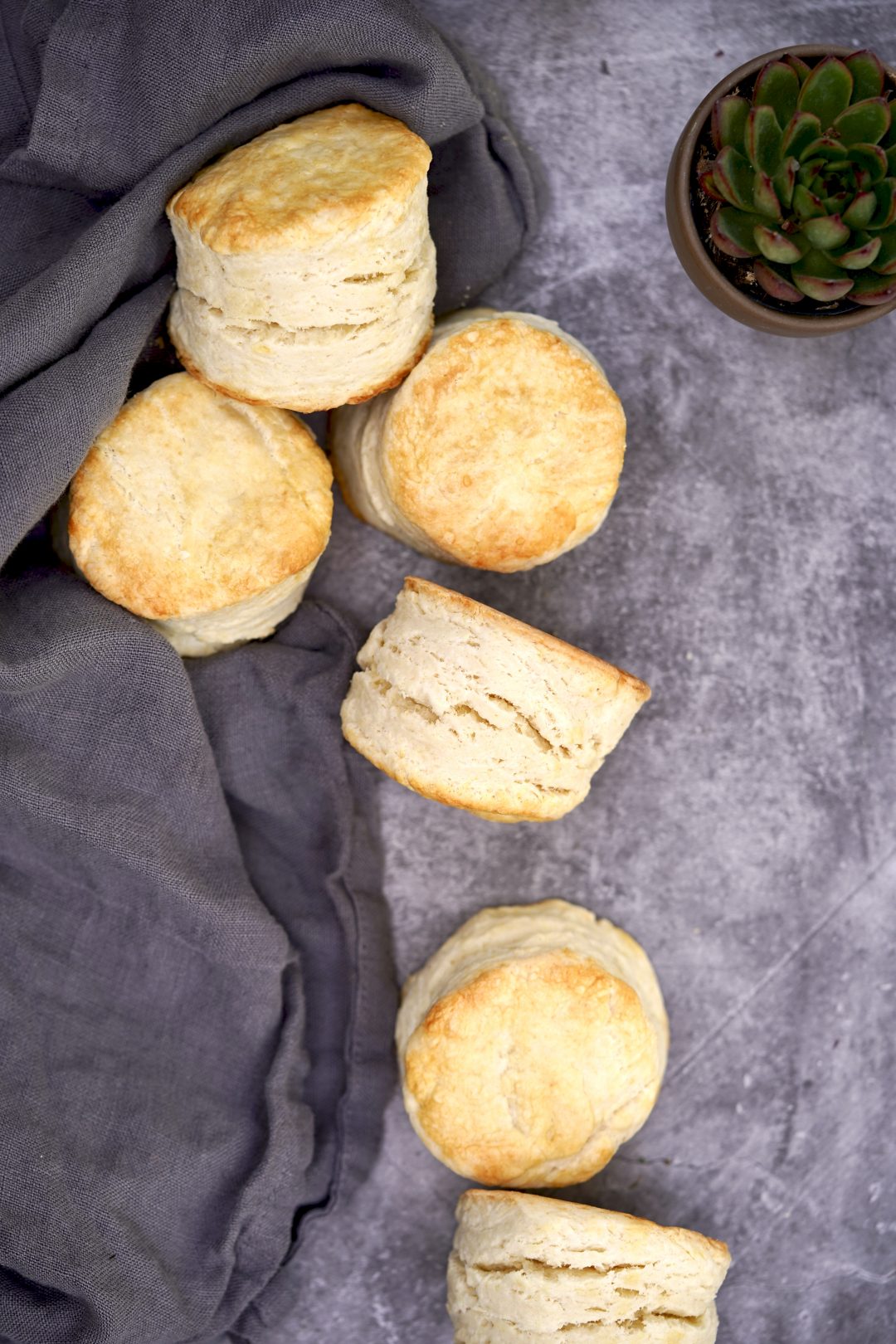