German Stollen, also called “Christstollen” has been around for nearly 700 years and is considered one of the most famous Christmas treats. Sweet breads and cakes flavored with candied fruits and nuts are perhaps the hallmark of the Christmas baking  season in many counties around of the world.  Examples of this include; fruitcakes which is traditional throughout the English speaking nations, panettone in Italy, keks in Poland, julekake in Norway, bolo-rei in Portugal and birnenbrot in Switzerland.  But perhaps the most famous throughout the world is the German Stollen. 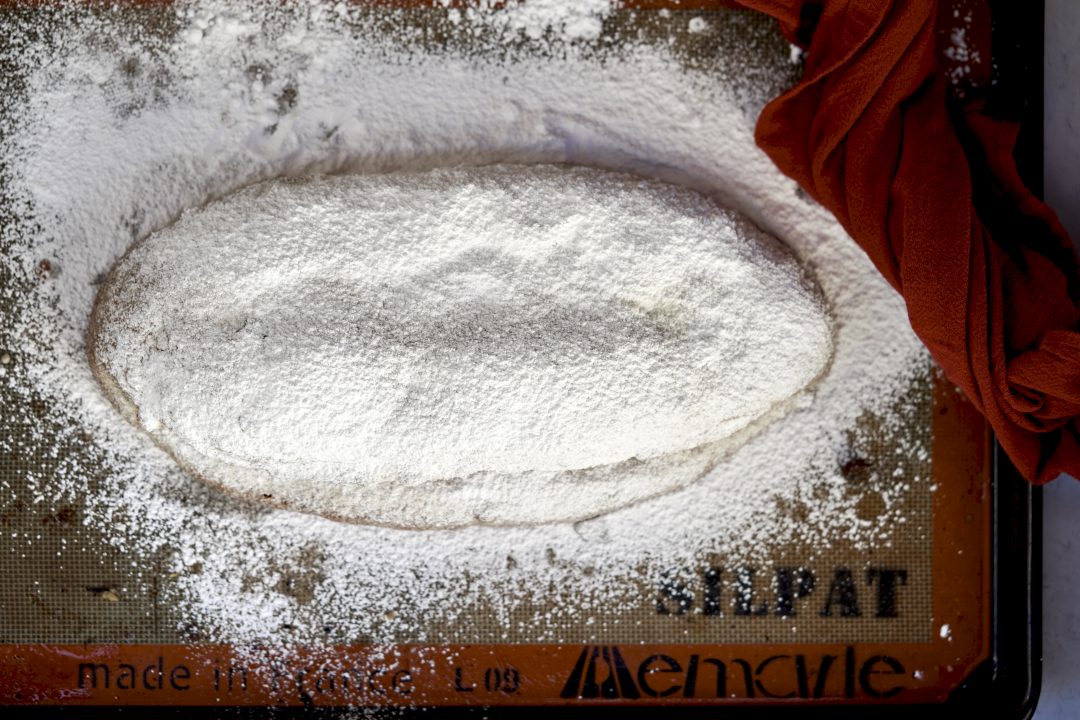 Stollen is a yeast bread that is baked with dried fruits, candied citrus peel, nuts and spices. A traditional Stollen is always dusted with a thick coating of powdered sugar, which is said to represent the snowy German landscape, and baked with spices conveying the warmth of the Christmas season. Despite my German heritage, I had never made a stollen, so developing this stollen recipe was a fun experimentent for me.

How Stollen Got It’s Name:

The word “Stollen” was a word for a post or boundary stone for a city. “Striezel” is a word for loaf, and the shape of the bread along with being dusted with powdered sugar was a symbolic shape of the baby Jesus in swaddling clothes so it was also called Christstollen. 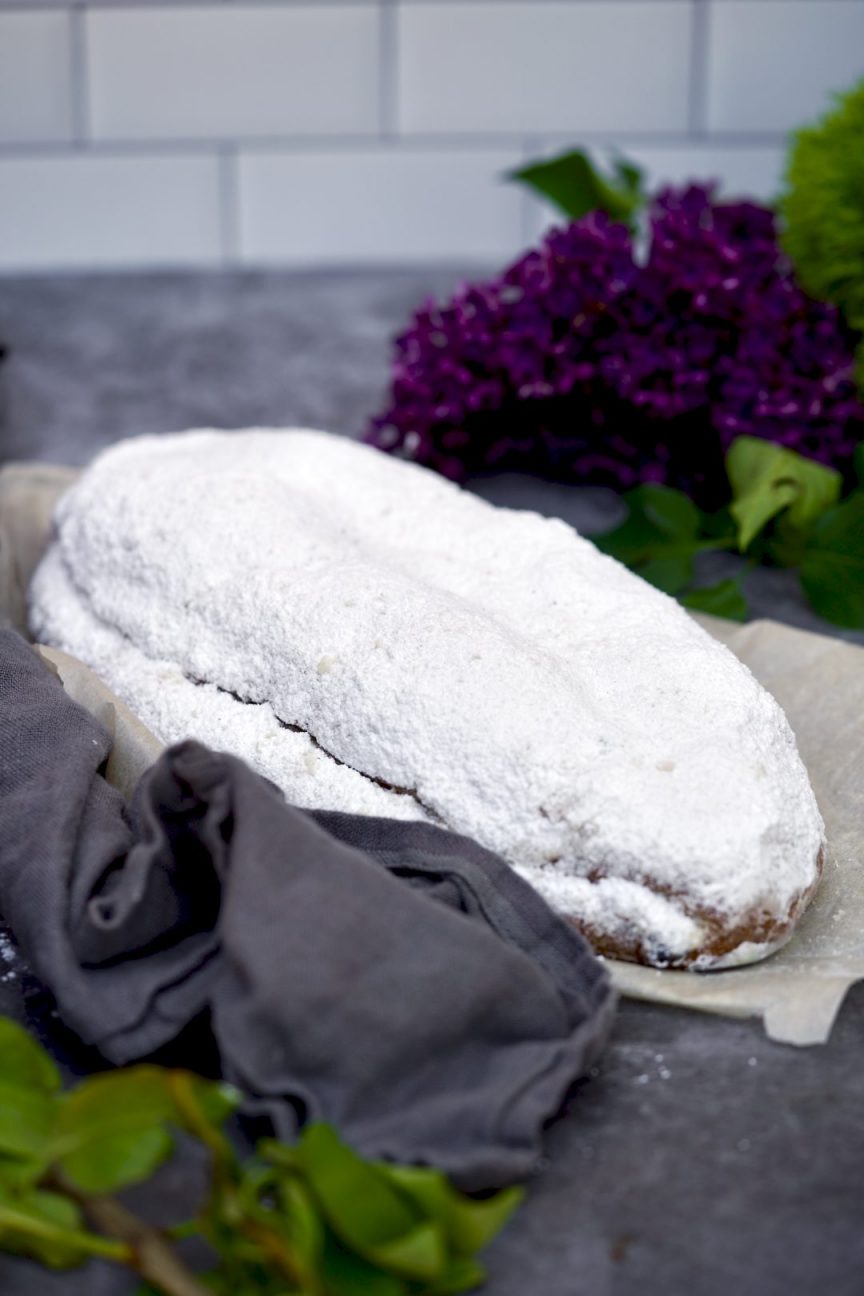 The History of Stollen:

There are actually several different versions of stollen: Mandelstollen (almond), Mohnstollen (poppy seed), Quarkstollen (quark), Nuss-Stollen (nuts), Butterstollen (high butter content), Dresdner Stollen (raisin) and Marzipanstollen (marzipan). The first and most famous variety of stollen is by far the Dresdner Christstollen.  Some historians date its origin to the early 1300’s  and over the centuries the stollen was refined to become what it is today.

Stollen And The Butter Ban:

But stollen was not always as delicious as it is today.  Original stollen recipes were often bland, made of hard pastry mainly because the Catholic Church forbid the use of butter and milk during Lent).  It was in this year that Prince Ernst von Sachsen, at the request of the bakers of Dresden, petitioned the pope to lift the butter ban.  The request was denied and then, five popes later, the ban was finally lifted in 1490 via the pope’s famous Butterbrief, “butter letter.”

From that point on, stollen gradually developed into a delicious sweet bread with added ingredients and it soon become an important symbol of the region.  Germany’s first Christmas market was held in Dresden in 1434.  This market, the Dresdner Striezelmarkt, is still held every year.

Are Stollen And Fruitcake The Same?

What ever you do, don’t ask someone who is German this question. Fruitcake is typically made with chopped candied and dried fruit (cherries, dates, pineapple, etc.) and although Stollen is a made much the same ingredients, it is a lot less dense cake-like and more bread-like. And unlike fruitcake, Stollen is always covered powdered sugar. 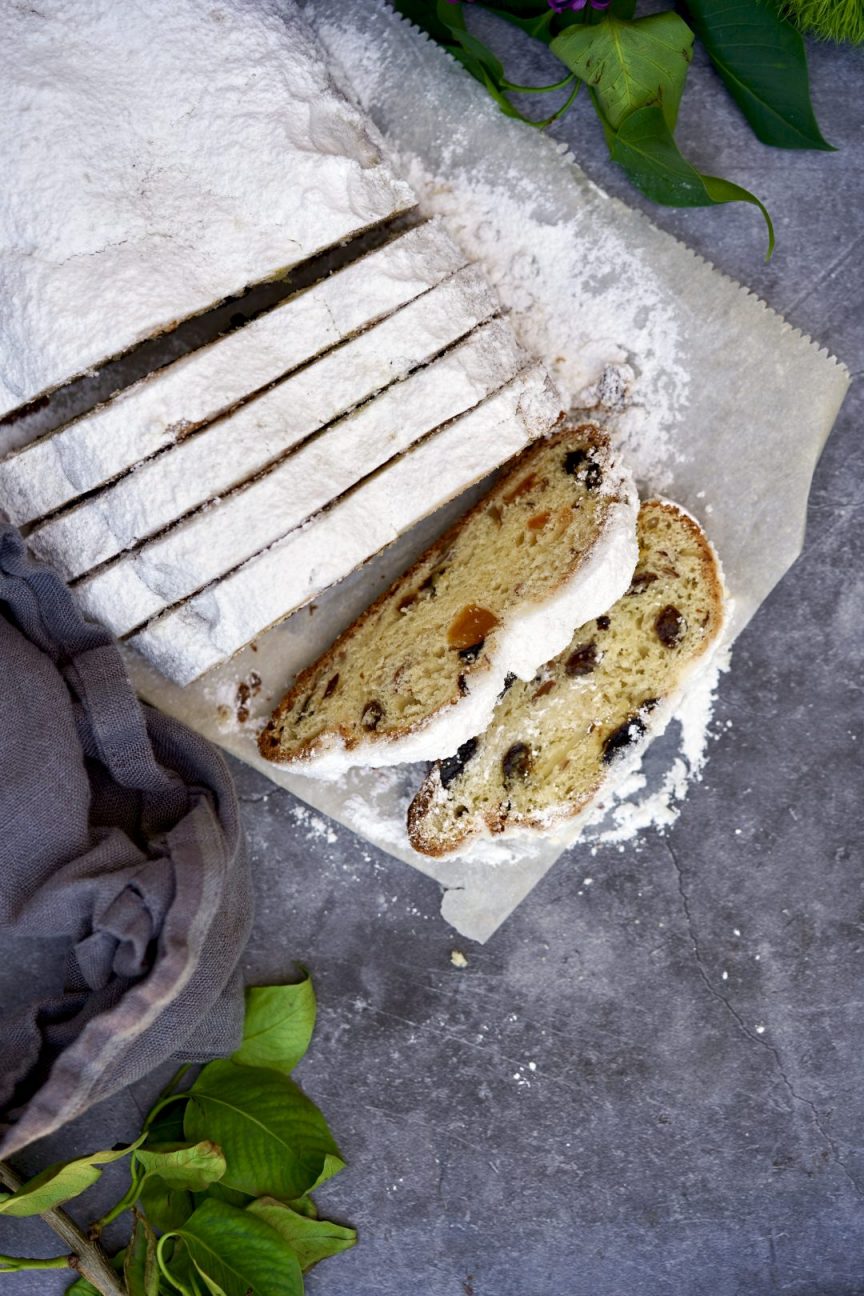 How To Serve Stollen:

Stolen is best sliced using a serrated knife. Stollen is a Christmas bread this is typically served by the slice throughout the holiday season. Typically, it is warmed in the oven or toaster and is either served with a generous helping of jam, honey, or butter.

What To Drink With Stollen:

If you’ve never tried your hand at making homemade Stollen, trust me, it’s a worthy endeavor. In the recipe I skip the marzipan, and use a mixture of raisins, apricots, cherries and orange peel to make a moist, flavorful and unforgettable Christmas bread you just may crave year-round. 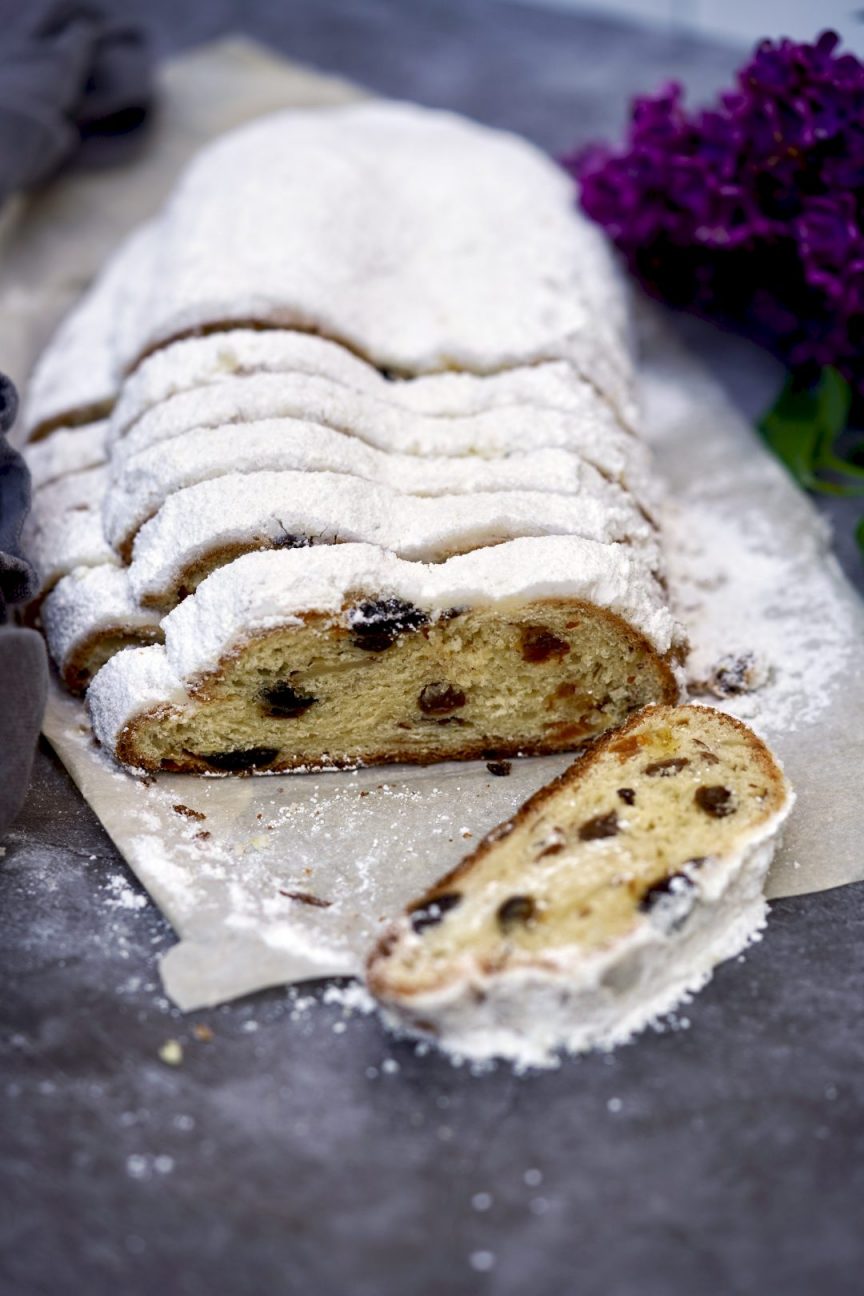 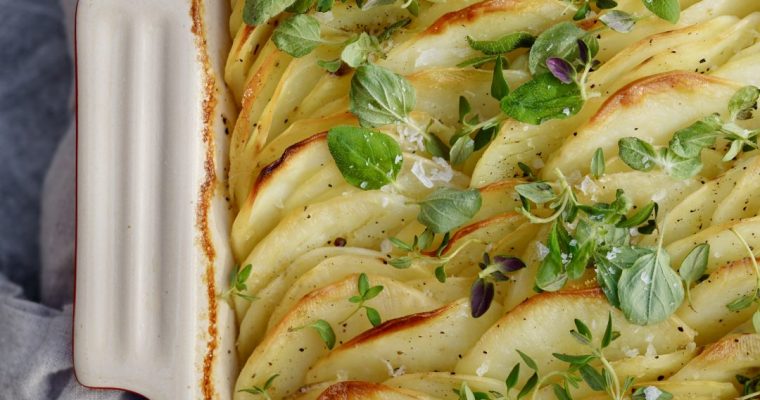