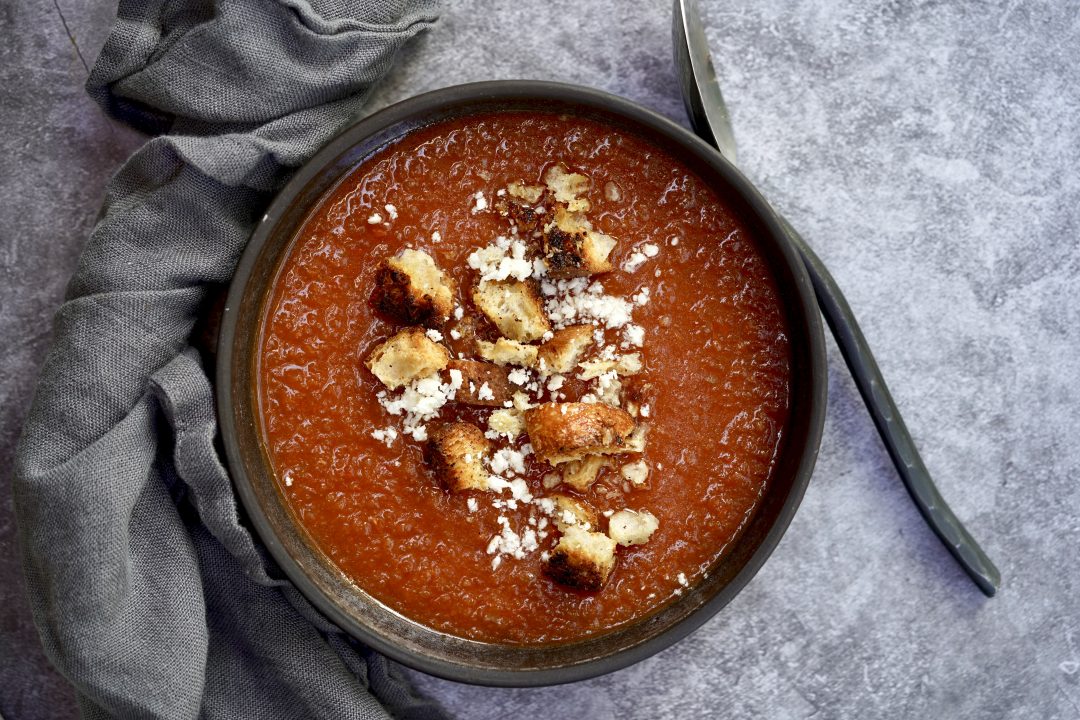 Gazpach is a raw vegetables soup and served chilled.  Gazpacho is believed to have originated in the Southern Spanish region Andalusia, but is commonly seen all over Spain and Portugal (where it is known as “Gaupacho”).  Historically, the most well-known versions of gazpacho (or “soup-salad” as it has been called) come from Seville and Córdoba.  Traditional ingredients were simply a mixture of breadcrumbs, olive oil, water and vinegar–blended in a mortar. Peppers, cucumbers and tomatoes got added in the 19th century.

Ingredients, texture, and thickness of gazpacho continue to vary regionally. For the most part, gazpachos are classified by color: the most common one being red, which contain tomato; white ones , which contain no tomato, but often include dried fruits; and green ones, which start white but contain some spices that make them green.  All of the red gazpachos have core ingredients in common. Gazpacho is a healthy, versatile soup and can be served as a starter or main dish. 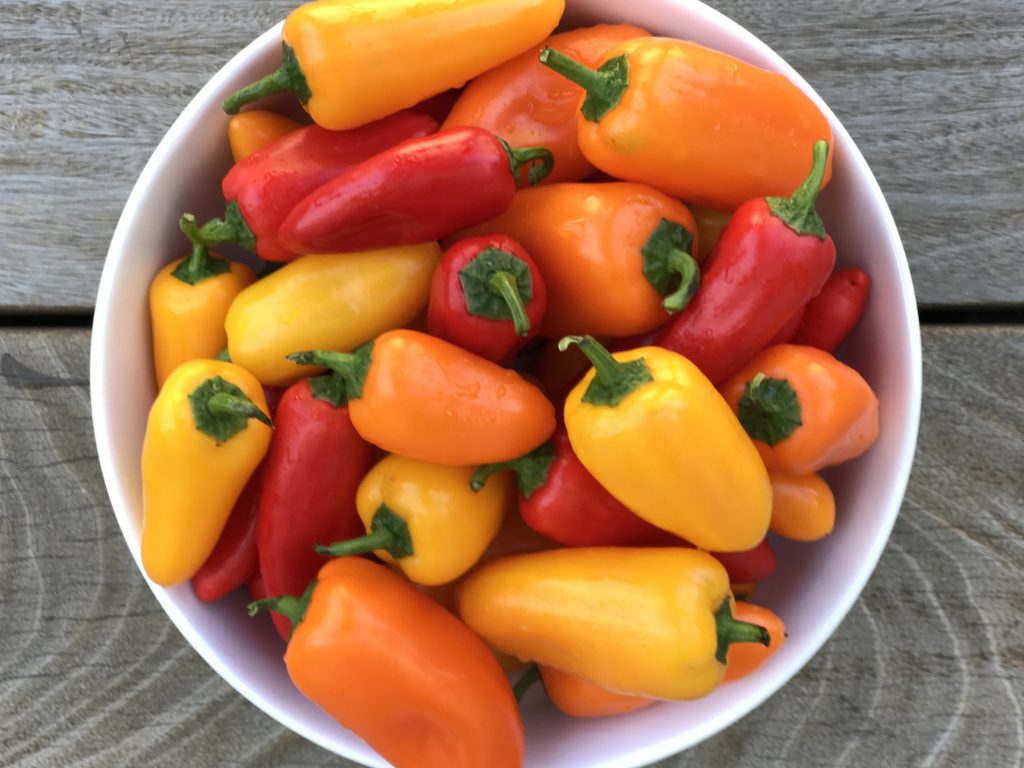 My love of gazpacho began in Portugal, but it was confirmed in Spain, somewhere around 2001.  The specifics are hazy now, I can’t remember the special places I went to eat.  But I remember having gazpacho almost everywhere I went.  It was incredibly hot during that trip, and that probably explains why I consumed so much chilled soup.  While cold soup does not sound entirely appealing to me in concept, there I realized it can be delicious, refreshing and earthy.

The recipes were different everywhere I went, but they all succeeded in layering flavors, enhancing ingredients. My very favorite version of gazpacho came in Seville, just before I returned home.  This recipe made like traditional gazpacho, with old bread puréed into the liquid, was more pink tin color and garnished with finely chopped egg.  To this day, I can not replicate that version. 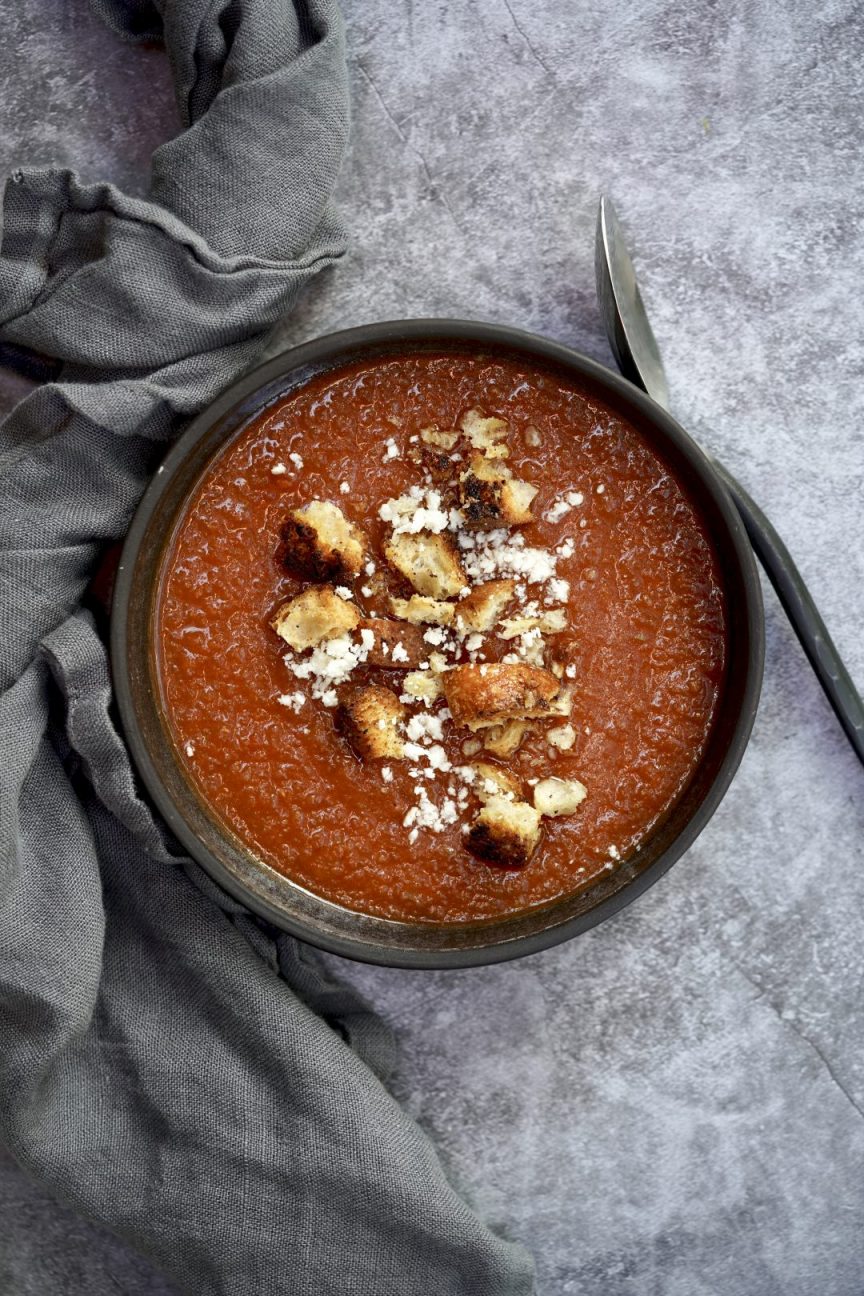 Below is a version of gazpacho I came up with about 10 years ago when I first began cooking with my boys. This is a clean, simple and easy version that is fun to make with children.  I began making this to encourage my kids to eat more vegetables and it worked.  I don’t believe in hiding vegetables in foods, or tricking your kids into thinking they are eating something else.  Children need to learn to like vegetables for what they are.  I believe if you continually expose children to vegetables, they will learn to like the flavors and textures eventually, even Brussels sprouts.  A good presentation won’t hurt either! 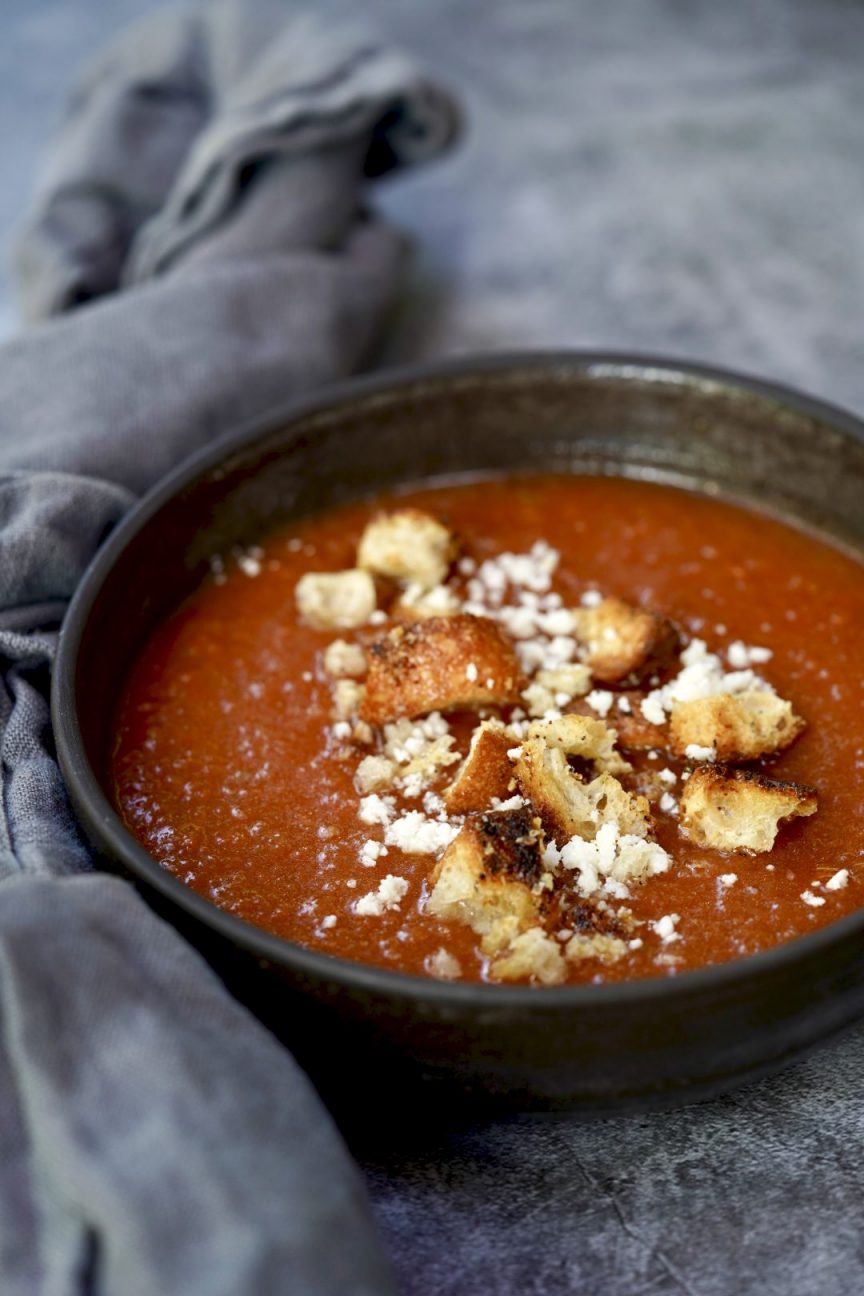 My gazpacho is a quick version that does not even require fresh summer tomatoes. You can make it with good quality canned ones, for simplicity or with fresh tomatoes if available. I added V8 because my older son went through a phase of loving it, and so we experimented one day by adding some.  He had a good palate even than, and V-8 has become a permanent ingredient ever since. 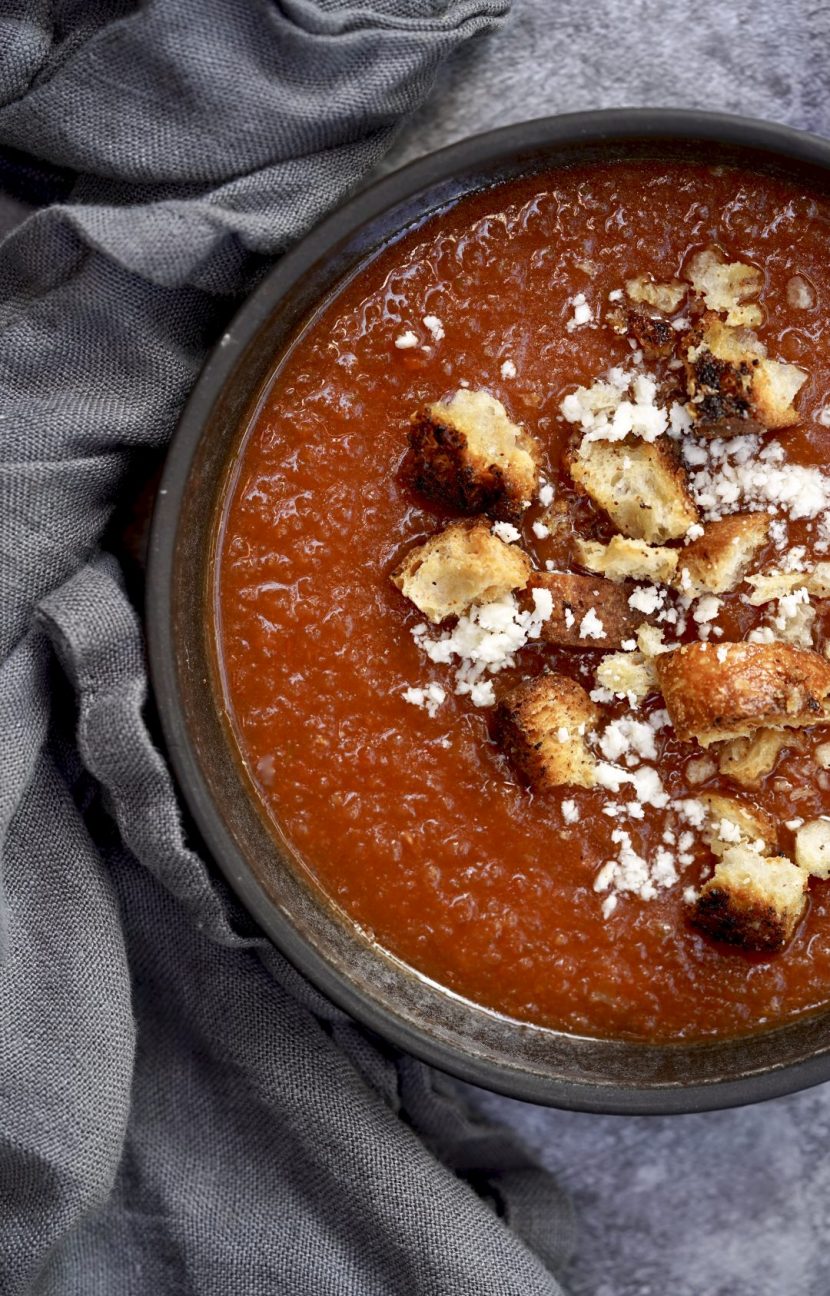 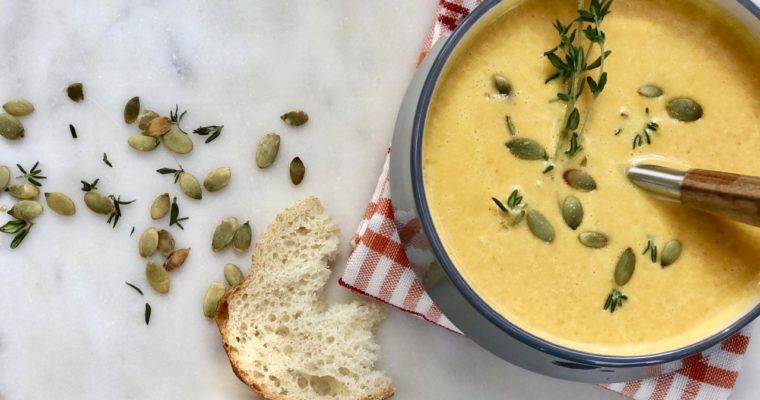 This is my mother-in-law’s pumpkin curry soup, and it is fantastic. The first time I has this was at Thanksgiving dinner when my husband and I were merely dating. I loved it from the first sip.  It is a simple blended soup, but the sweet […]