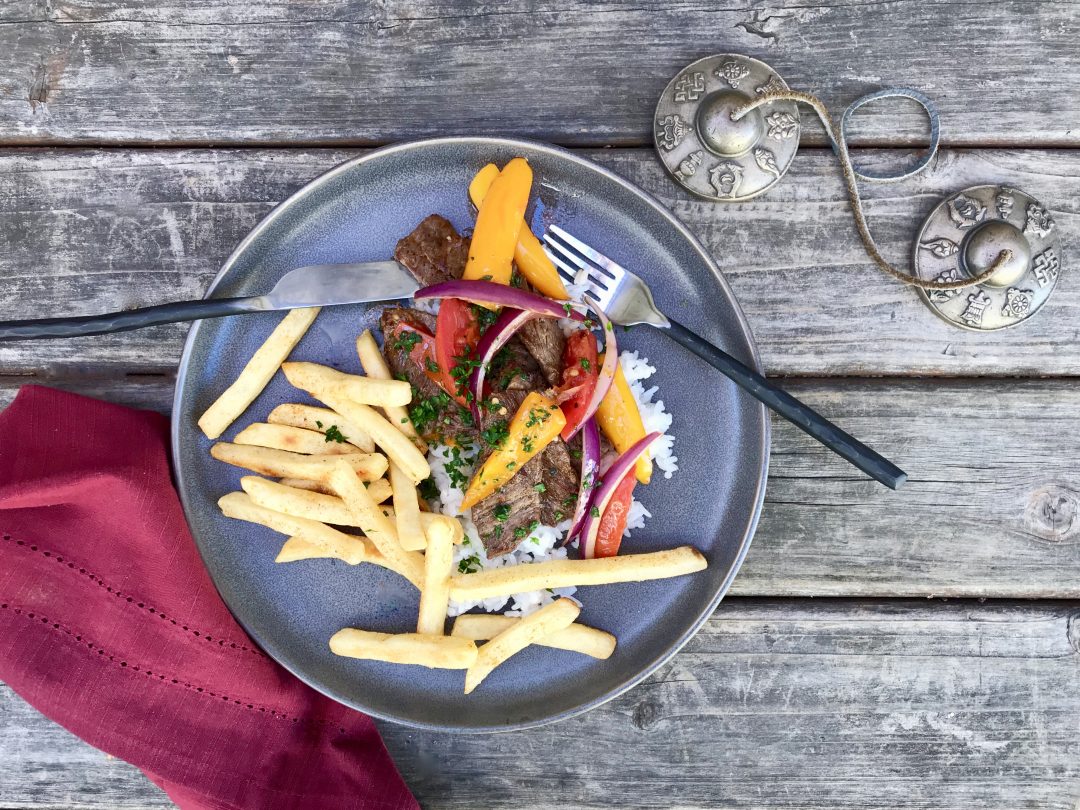 Erik Burmeister is my featured Changemaker this month. Most in my local community already knows this dynamic community leader: Erik is the Menlo Park City School District’s young and progressive Superintendent.  His vision for our schools is creative and thoughtful.  I had the pleasure of meeting Erik a few years ago when he was still a middle school principal, and I have  been impressed by him since day one.

Erik has degrees from Stanford, Ohio University, and San Jose State. Don’t let his youthful appearance fool you: Erik has been active in the field of education for years.  At the age of 15, Erik knew he was destined to work in education. Before joining the MPCSD, Erik was a Principal in San Jose and in Campbell, both in California.  Before moving into administration, Erik taught high school English and Speech/Debate.

In 2012, Erik became Principal at Hillview Middle School here in Menlo Park, where he quickly received national recognition for his forward thinking. In 2012 Erik was named “,” an award given to leaders who “multiply the capabilities of people around them,” according to the sponsor of the award, The Wiseman Group, which conducts leadership training workshops.  I think that award reveals a lot about Erik, who is an incredible motivator.  The accolades don’t stop there. Among other recognition, the Association of California School Administrators named Erik “Middle Grades Principal of the Year.”  During his tenure at Hillview, Erik lead Hillview to a 2015 prestigious California Gold Ribbon School Award, which honors public schools that demonstrate exemplary achievements in implementing state standards in priority areas.

In his Superintendent role, Erik leads to create a culture of possibility and innovation in MPCSD. Erik is focused on two major priorities. The first is “ensuring that race, family income, and native language are not predictive of school success in Menlo Park–a lofty goal, but one that MPCSD is committed to pursuing.”  The second is “increasing student engagement in meaningful learning experiences.”  Some of his top priorities include the opening of a district-led preschool called the Early Learning Center, scheduled to open Fall 2018.

His commitment to raising the achievement of all students includes efforts to “use real-time learning data to inform instruction and to seek to ensure that all students (1) come ready to kindergarten, and (2) graduate from 8th grade (MPCSD’s final year, as it a K-8 district) at or above grade level in reading, writing, and numeracy“.  Erik believes in communication and strives to keep his district informed. To do so, Erik takes time to write a monthly blog at www.mpcsdsupson.com that provides insight into parenting, education, and community.

With his charismatic and outgoing demeanor, Erik is a local Changemaker who makes an impact on thousands of children and families.  Below is a personal message from Erik about his favorite food a wonderful classic Peruvian dish called Peruvian Lomo Saltado and why it (and Peru) are so  meaningful to him.

“At 30 years old, I took a leave of absence from my job as a high school vice principal to volunteer in a developing country and learn Spanish. As fate would have it, I ended up spending a year in the beautiful country of Peru. I fell in love with Peruvian cuisine which has quickly become one of the premiere cuisines around the world. I stay quite connected to Peru because during my time volunteering at an orphanage there, I connected with a young kid who later joined our family as our son. Today he is 27, a police officer in Peru, and one year away from graduating with his culinary degree. One of the “staple” dishes that Peruvians are known for is my favorite; it’s called Lomo Saltado or “seasoned steak.” It’s easy, hearty, and delicious.

The real secret to a good Lomo Saltado is the yellow chili pepper native to Peru called Ají . I have found it nearly impossible to find fresh Ají in the Bay Area, but it is possible to find them preserved in a jar (whole or pureed, both shown below). If you get a chance to travel to Peru, I highly recommend the Lomo Saltado, as well as the Papa Rellena and/or Ceviche as an appetizer, Picarones as dessert, Chicha Morada as a non-alcoholic beverage, and a Pisco Sour as an adult beverage; there’s just nothing like enjoying this complete meal in its country of origin.” 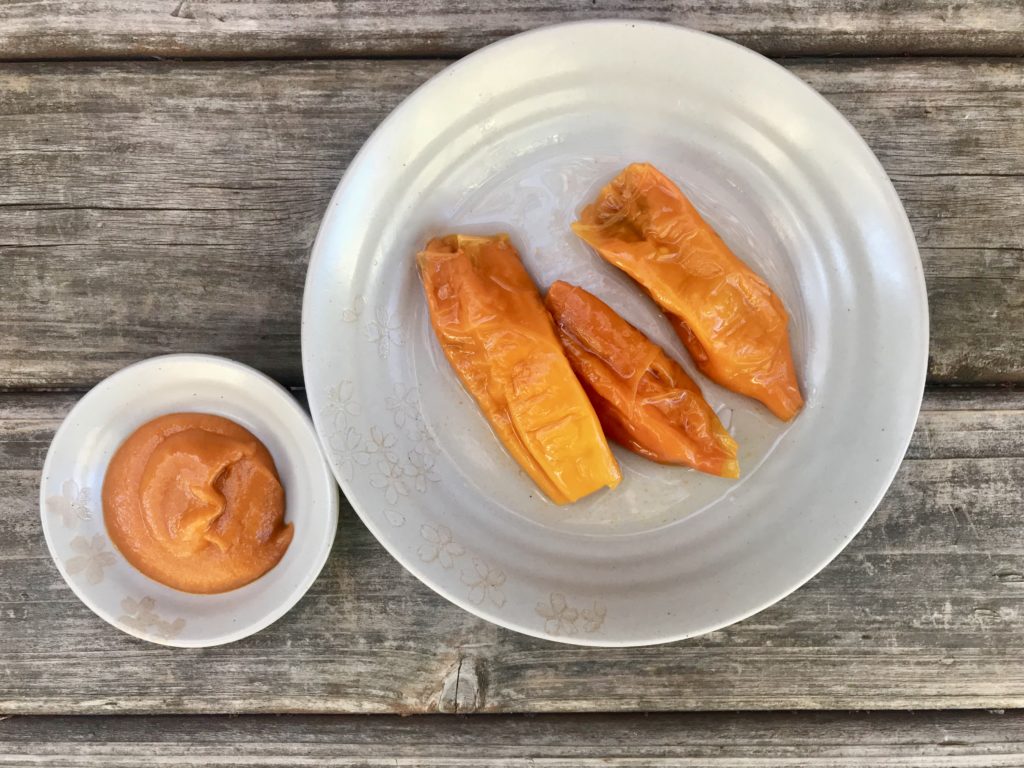 This recipe for Peruvian Lomo Saltado is not Erik’s recipe, but one that he says is authentic and I absolutely love it. I have adapted the recipe only slightly, the original one can be found here.  I myself was unable to locate fresh Ají amarillo chili peppers, but after speaking with a chef at a local Peruvian restauranteur me I was told the peppers are available in both a pureed paste and jared form (see above).  The paste is much hotter so be mindful of that is using it.  I prefered the jarred Ají chili peppers much more, but both with can work. If you have difficulty locating the jarred Ají or other types of specialty Peruvian food items in a store near you, try Kosmos Peru, this is a fantastic online store which carries a vast array of Peruvian specialty food items. This is an easy and tasty dish and one my family absolutely loved.

I would like to thank Erik for taking time out of his busy schedule to speak with me, share this recipe and for allowing me to feature him in my Changemaker series.  Erik is an inspiration and role model to us all and I am honored to call him a friend. 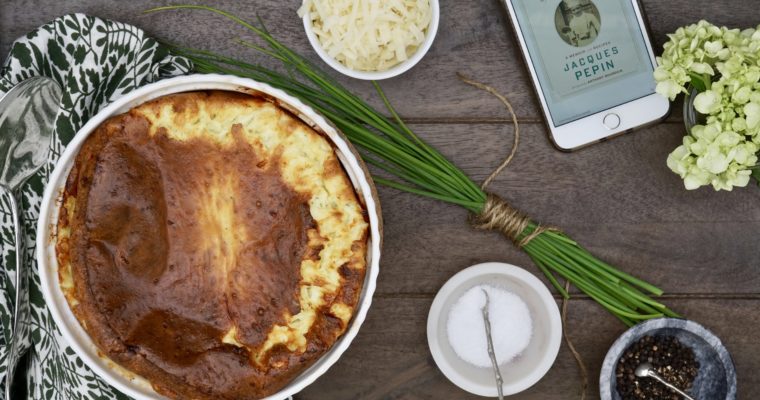 Jacques Pépin is my featured Changemaker this month. Chef Pépin is also a living legend, an icon and a hero of mine and thus I am posting about him on my one year blogging anniversary. For the few who don’t know, he is one of […] 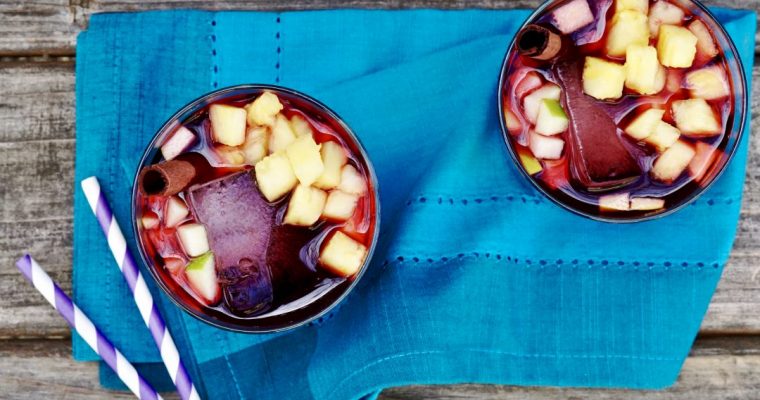 Unless you’ve traveled to Peru, chances are you have never tasted chicha morada. I have Erik Burmeister to thank for introducing me to this delicious Peruvian speciality. Chicha morada is a non-alcoholic Peruvian beverage made from purple corn called “maiz morado“.  “Chicha” is common in […]