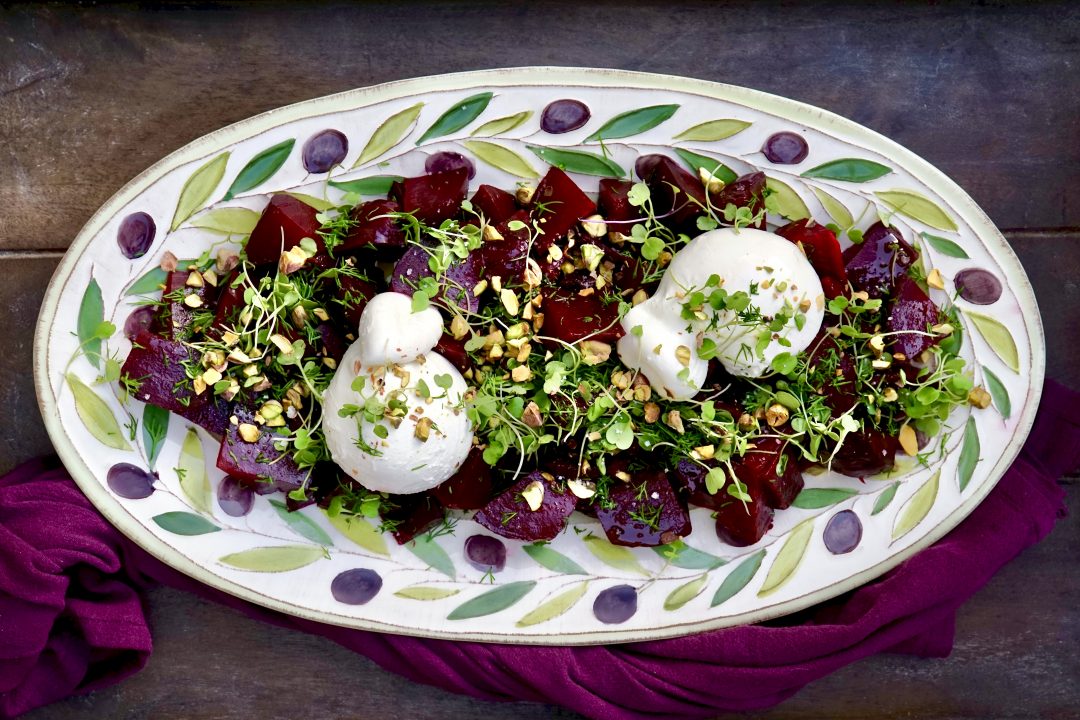 Roasted beets with burrata and pistachios: these are a few of my favorite things. There is nothing all that fancy or complicated going on here, just a salad, but a fantastic one. Earthy flavors combined with creamy delicious burrata cheese to make the perfect pairing. It’s a simple dish I could honestly live on all year-long.

I am a huge beet fan generally, but I especially love them in the winter months. Beets are a sweet, hearty root vegetable ideal for roasting and they cook perfectly with almost no help at all. While I do enjoy a great fresh mozzarella, burrata has, in recent years, become my new go-to. Burrata, known as a modern cheese, is a fresh Italian cheese made from cow or water buffalo milk. The outer layer is solid mozzarella, while the inside contains stracciatella , (“shreds” or “rags” and cream), giving it a special, soft, creamy texture inside.

Burrata is considered a pulled cheese like mozzarella, but it is made in a unique way. Once the cooked curd is divided into pieces, the cheesemaker immerses them in very hot water and a pouch is formed. Cream and scraps of mozzarella is poured inside and the pouch is closed by pinching the top together, making a traditional pear-shaped sack. 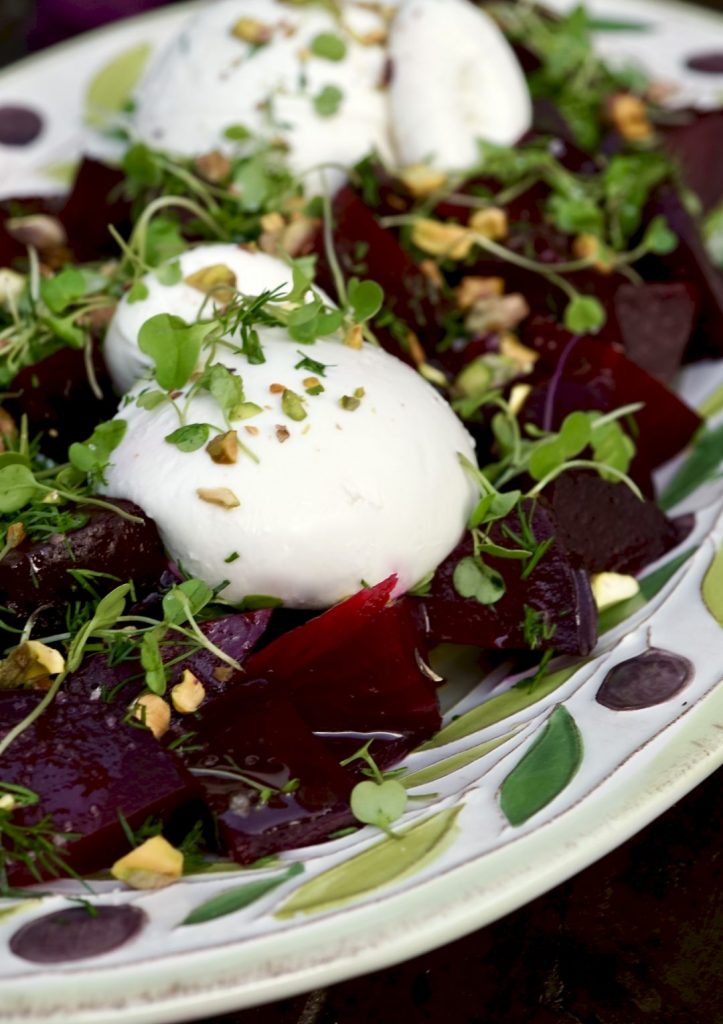 The Bianchini family is credited for having inventing burrata in 1950 somewhat by accident, although some argue it was a way to minimize waste (and likely increase profits). The Bianchinis farmed in the Apulia district of Italy and for years this specialty cheese was only available to local people who lived near their farm.

Eventually, nearby cheese factories caught on and began producing buratta as well, using up their leftover scraps from the mozzarella making process. Like many things, the word got out, and this premium specialty cheese began getting exported to the United States. Burratta began appearing on US menus in early 2006 but did gain real recognition as a “culinary trend” until 2011.

The real trick with serving burrata is temperature.  Fresh burrata should always be served at room temperature to maximize the flavor profile and creamy nature of this incredible cheese. 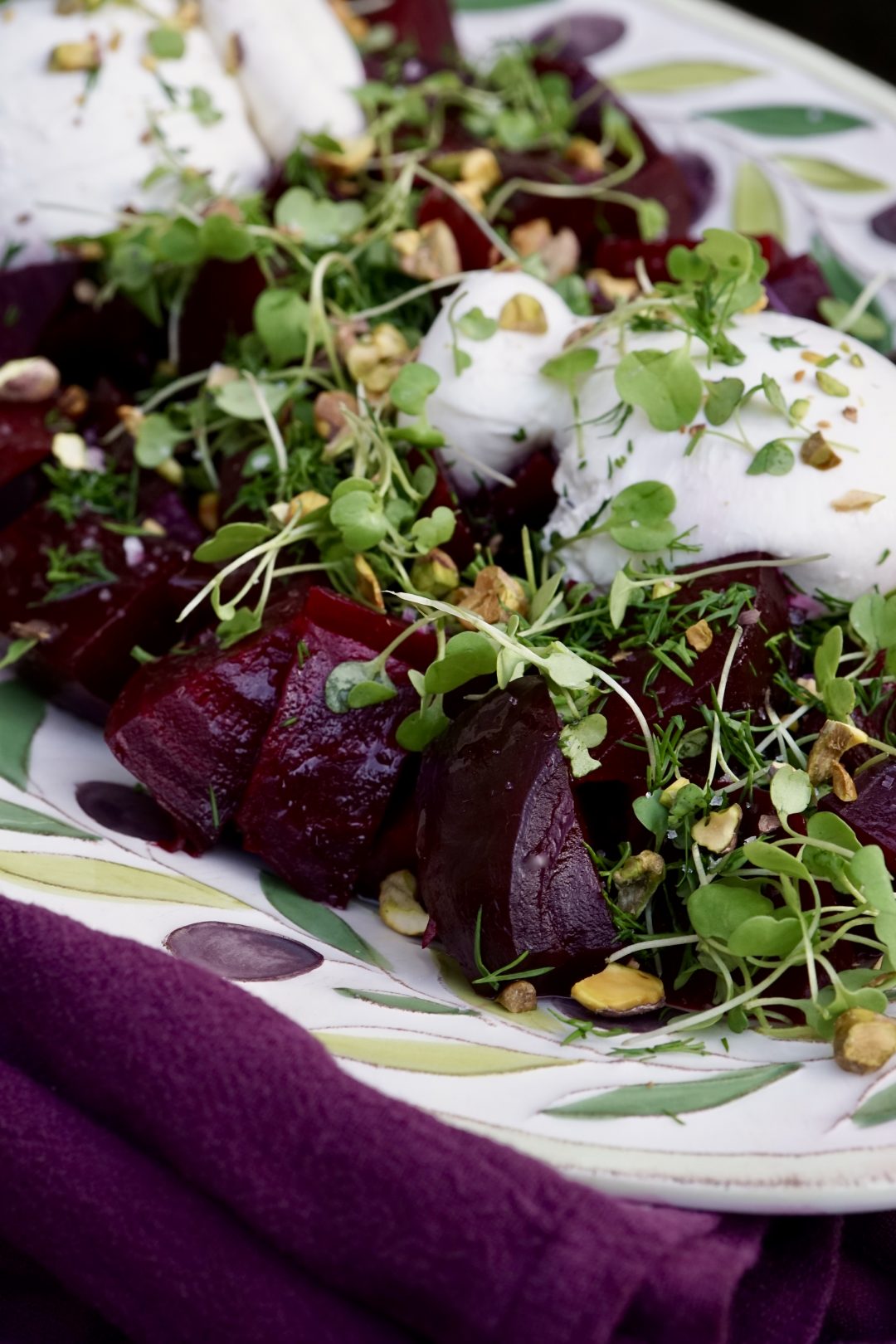 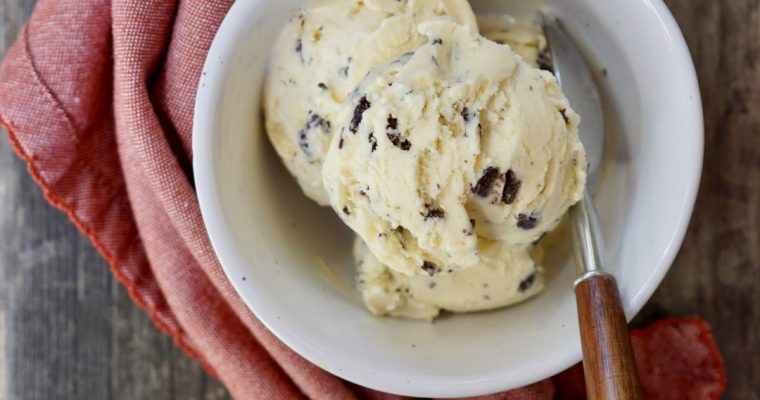 At my kids suggestion, I kicked off summer this year with a new Cusinart ice cream machine. Seriously, best decision ever made. The motivation; our family trip to Copenhagen last Spring. The food scene in this charming little city is truly amazing. From fine dining, […]