Spaghetti alla Puttanesca and I go way back; to culinary school, to be exact. Without getting into too many details, let me just say it involved cooking for the schools restaurant, an all-nighter (to which I blame, my now husband for) and the last minute suggestion he made for me to run this flavorful classic as a lunch special, despite it being a classical French restaurant. But I did it. And not only way the dish a huge hit, it sold out halfway through service and I aced that section. I didn’t marry my husband for my pasta success that day, but lets just say, it helped his chances. 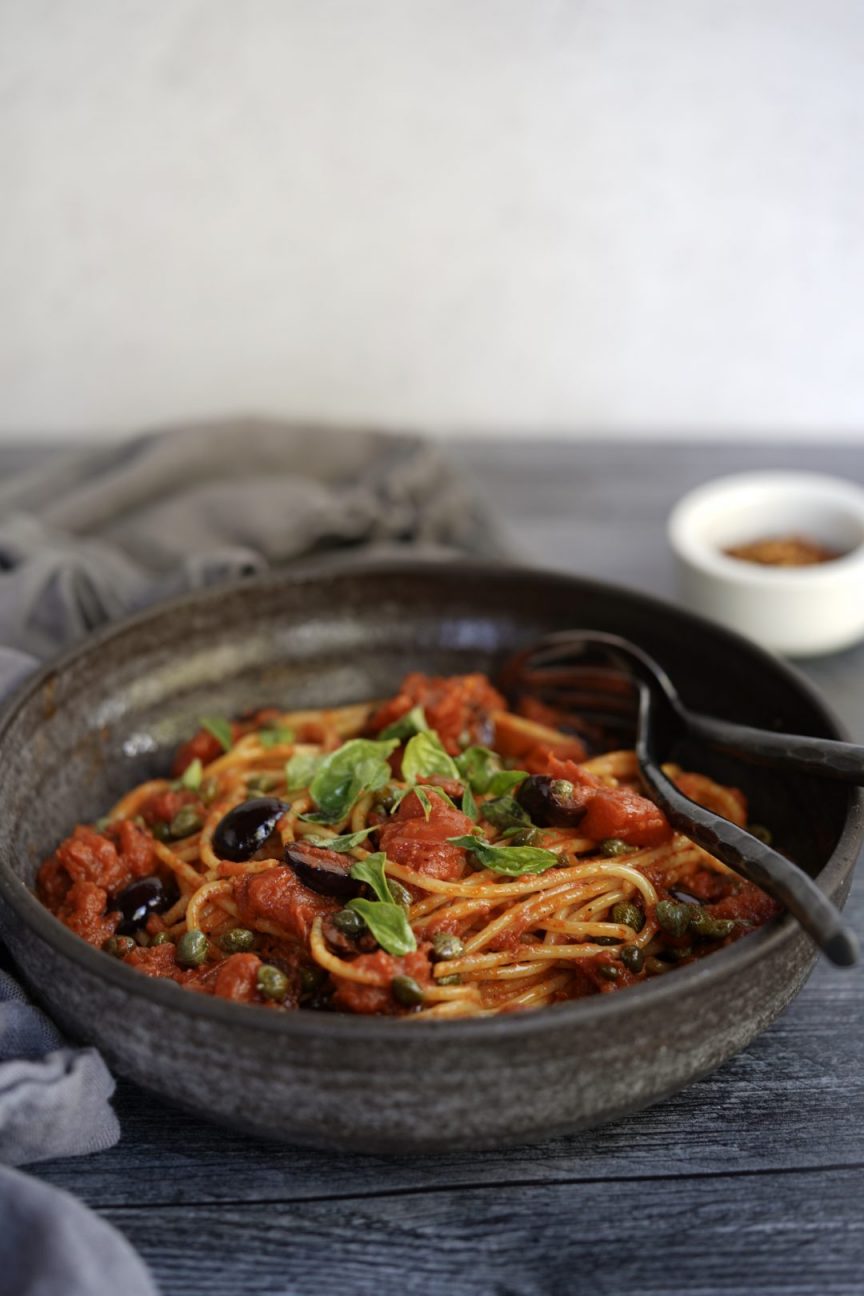 Pasta alla Puttanesca, or Pasta Puttanesca as it’s also known, originated from Naples, possibly dating as far back as the mid-20th century, if not earlier. In Campania, this iconic Italian favorite, is known as “aulive and chiapparielle“(olives and capers) or simply as “pasta alla marinara“.

Some believe the name of this famous dish originated in the brothels of the Spanish Quarters. Puttanesca translates to, “in the style of the whore.”  The name itself derives from the Italian word “puttana” which means whore.  Puttana in turn arises from the Latin word “putida“, which means stinking.

There are a few explanations for how this flavorful sauce got its colorful name.  The first is that the prostitutes made this quick dish for themselves to keep the interruption of their business to a minimum. The second interpretation is that the intense aroma of the zesty sauce would lure men from the street into brothels. And a third interpretation is that they made this quick sauce for the men to eat while awaiting their turn at the brothel. 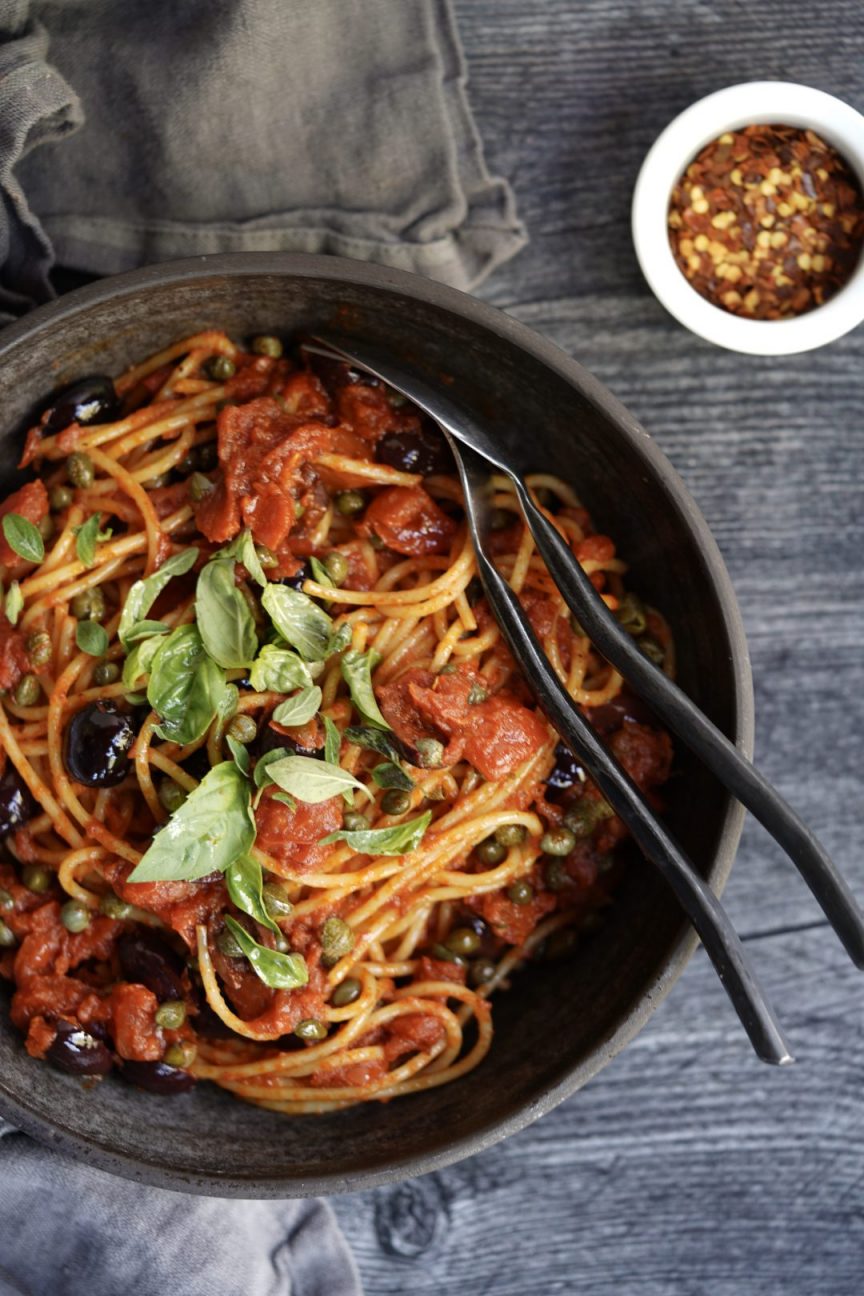 Another, less controversial, story of origin claims the dish was invented in the 1950’s by Sandro Petti, co-owner of Rancio Fellone, a famous Ischian restaurant and nightspot. It is said Petti’s moment of inspiration came when—near closing one night—Petti found a group of customers sitting at one of his tables. Petti had very few ingredients and told the group he didn’t have enough to make them a meal. The group complained that it was late and they were very hungry. They said “Facci una puttanata qualsiasi,”or “make any kind of garbage”.  In Italian, “Puttanata” means something worthless and derives from the Italian word for whore, “puttana“. Petti had only basic ingredients; tomatoes, some olives and capers, so he used them to make the sauce for spaghetti. Later, Petti included this dish on his menu calling it Spaghetti alla Puttanesca. 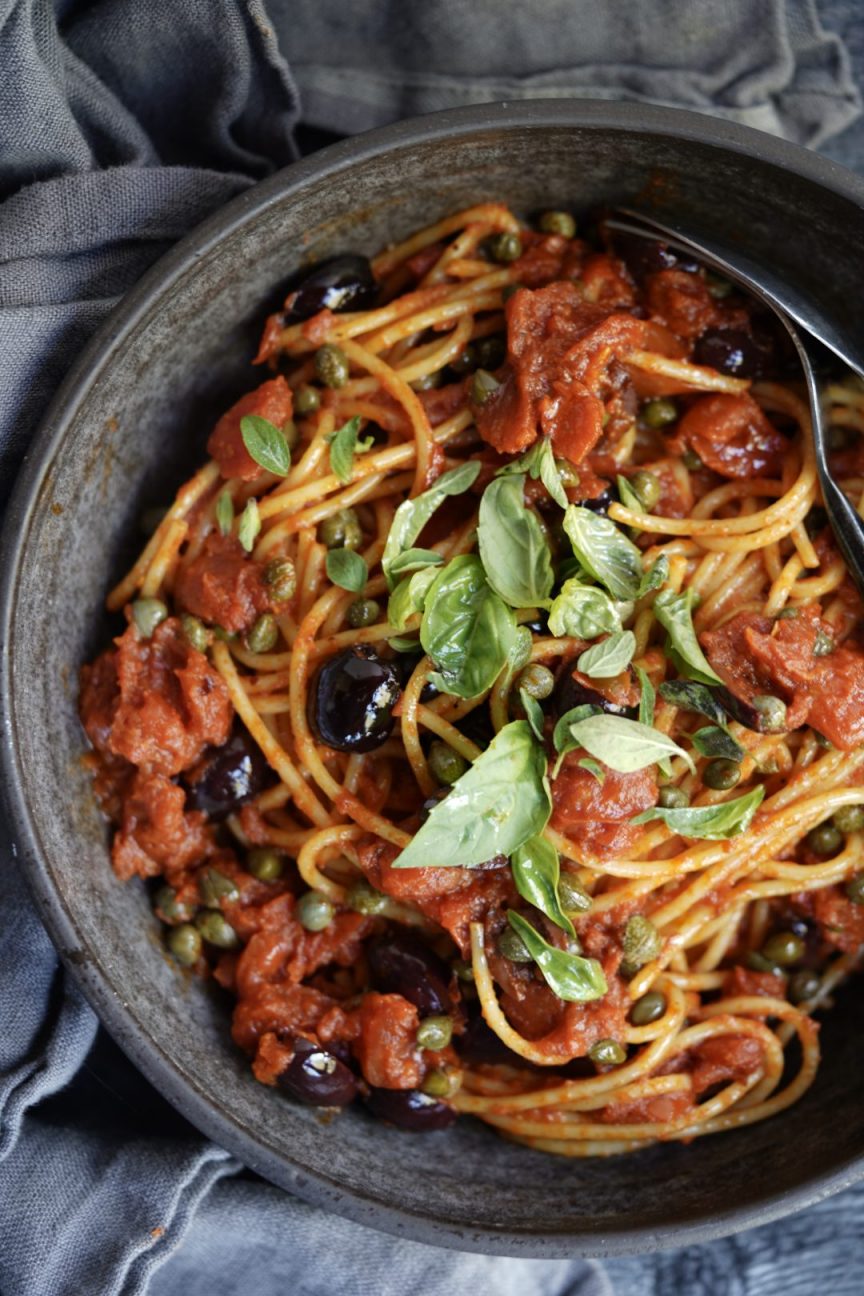 No matter the origin, the beauty of this flavorful dish is that it’s actually a rather healthy pasta dish and one that whips up in minutes. It’s also completely doable with ready-to-use, non-perishable, inexpensive pantry ingredients. Spaghetti alla Puttanesca is a tasty and vibrant sauce that works for a quick meal in my house any day of the week. 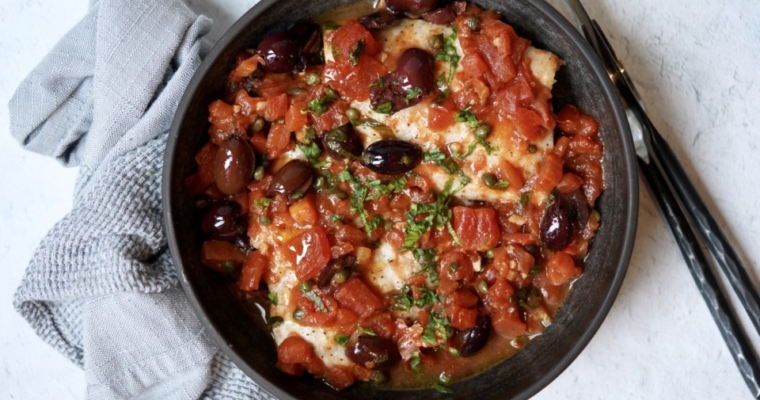 This oven braised snapper with Puttanesca is a wonderful dish for fish lovers. I have blogged about Puttanesca already, but this version is a little different and not served with pasta. I found this lovely recipe in Fine Cooking, and adapted it slightly, but the original one […] 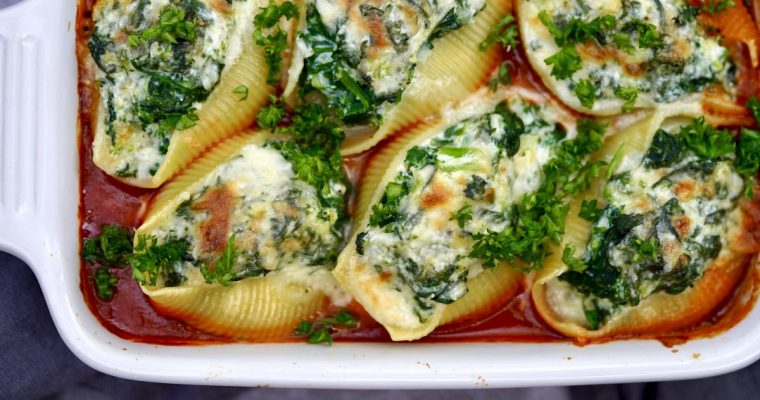 Everyone needs another pasta recipe. And a quick meal one is even better, which works here if you take shortcuts like buying tomato sauce instead of making your own. The truth is, I was never really a huge fan of this well-known Italian-American favorite. To me, […]