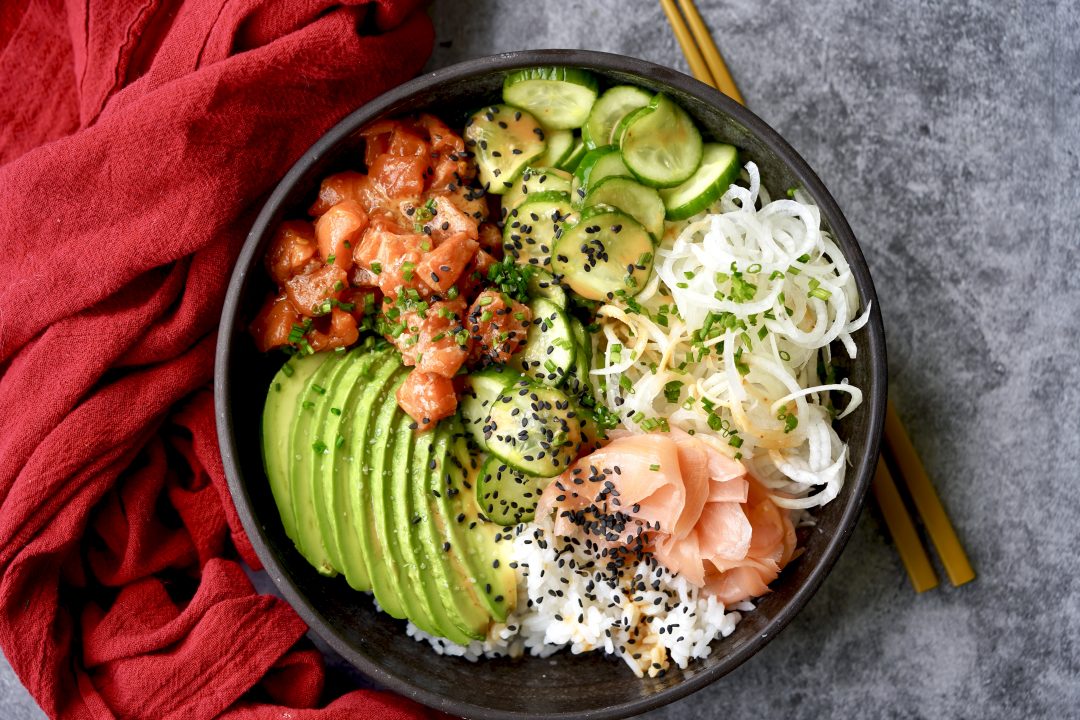 This is my spicy salmon roll sushi bowl and one I’ve loved for some time, but am just getting around to sharing it. Truthfully speaking, there is nothing all that complicated about this dish, but it’s the perfect one-bowl meal that’s easy to make and packed with nutrition. If you are a fish lover, this is a fantastic go-to meal on a hot summer day.

The recipe includes sweet-savory quick pickled cucumbers, an aromatic marinade for the fresh sushi quality salmon, traditional short-grain sushi rice and a spicy dressing to tie all the goodness of this healthful bowl together perfectly. This flavorful summer favorite is quick enough to make for a weekday dinner and fancy enough to serve for a special occasion. 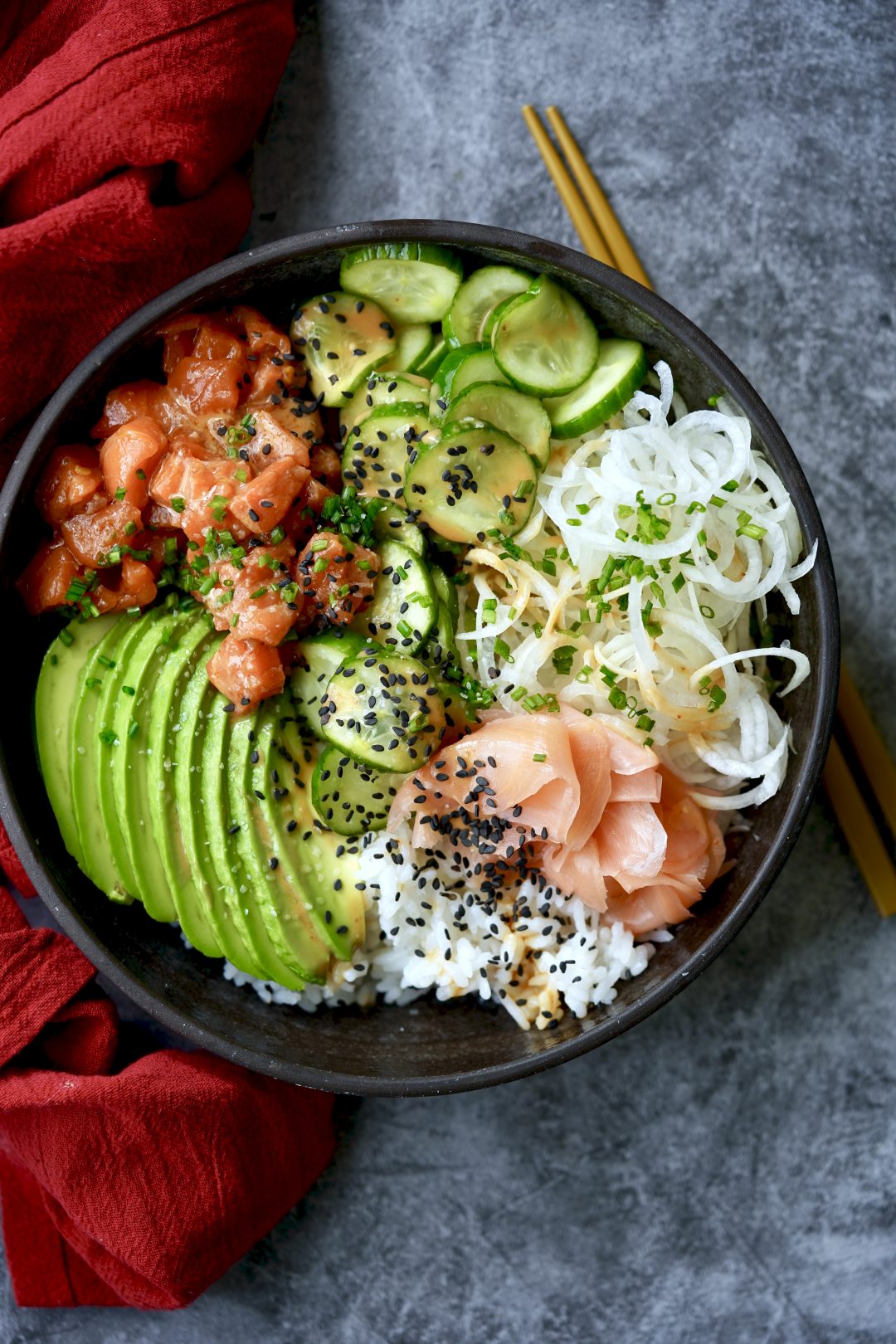 The fine art of sushi, isn’t something to take lightly—good chefs train for decades. But the simplicity of sushi has always captivated me. My spicy salmon sushi roll bowl can almost be considered a deconstructed sushi roll. What makes it special to me is all the different components that come together and make some amazing flavors. The simplicity in presentation, like sushi itself, speaks of the ingredients natural beauty and fresh taste.

The Invention of Sushi:

Sushi is believed to have been invented in the 2nd century in the paddy fields along the Mekong River in Southeast Asia. There sushi was made as a way to preserve raw meat without refrigeration. 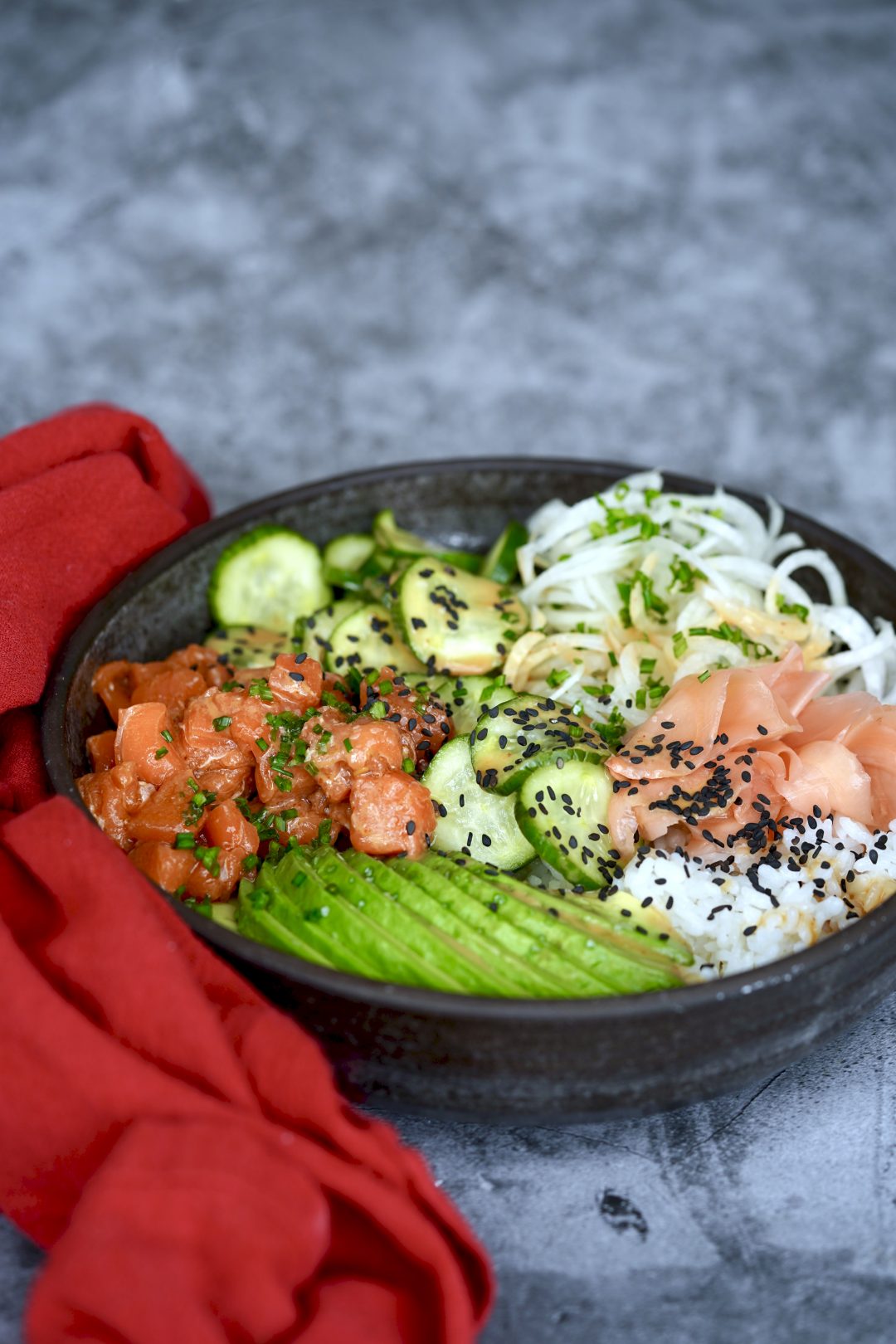 Historians believe, sushi first made its way into China sometime during the second century. While it was a fairly standard dish in China, it apparently never had a huge cultural impact. Later, around the 8th century, after sushi had made its way to Japan, is when is began to take off as a true cultural phenomenon.

The Japanese took the concept of sushi and modernized it, both in preparation and technique. The Japanese were the first to cook sushi fish. They were also the first to soak the sushi in vinegar or soy sauce. In Japan it takes 2 to 20 years to become a fully-trained Itamae. 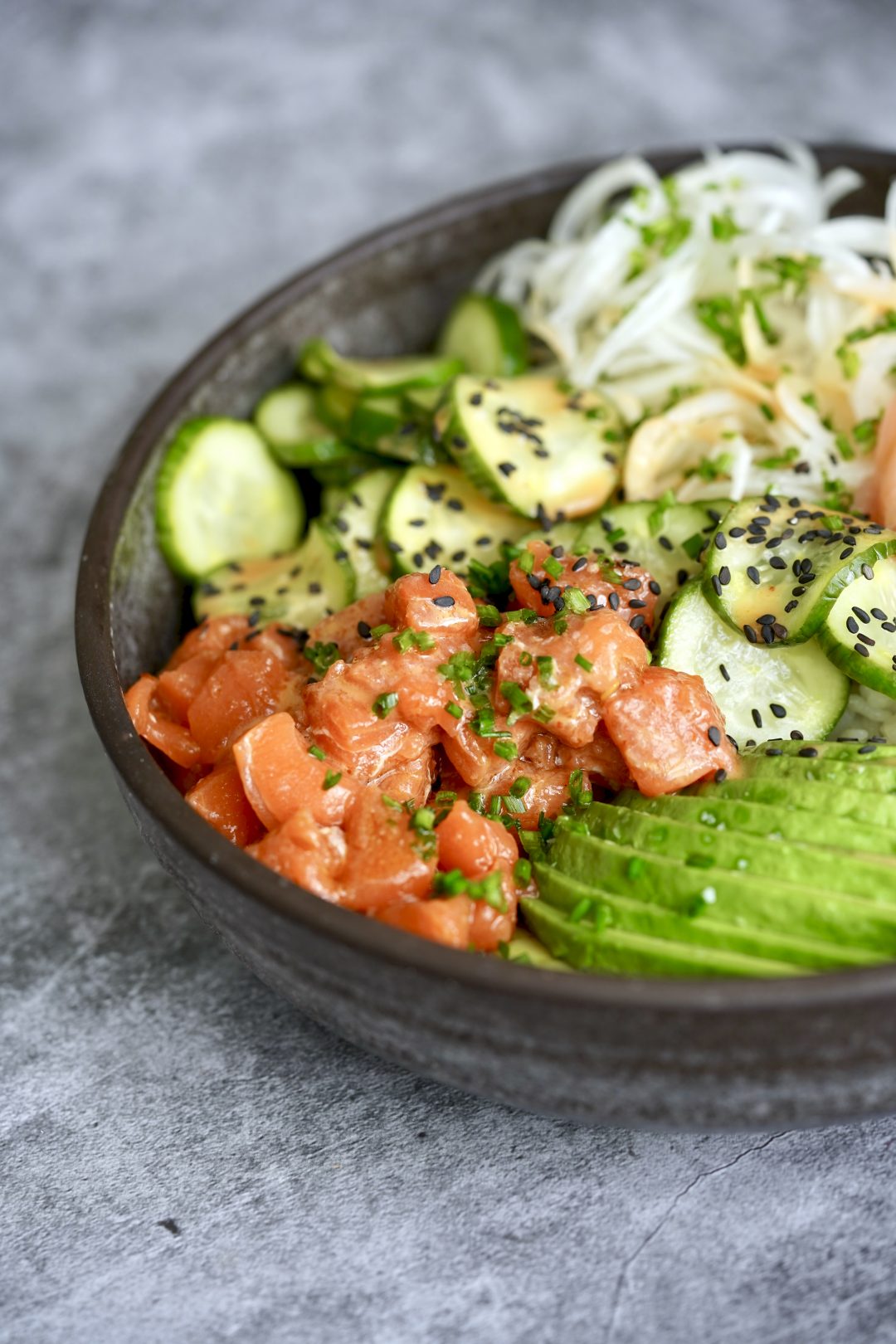 Sushi in the West:

Sushi does not appear in western history books until the 19th century, and there is little record indicating it’s consumption any time before the 20th century.

The first American sushi restaurant was opened in 1906 by Japanese immigrants in the Little Tokyo neighborhood of Los Angeles, California. Sushi’s popularity was slow to grew among Americans and unfortunately, after World War II began, most Americans opted to boycott all things Japanese. It was not until after the war that sushi began its steady uptick within American society. And the rest they say, is history.

Note: This stunning dish requires sushi-grade salmon and fresh ingredients to maximize the true flavor intended while maintaining maximum safety in the consumption of “raw” fish”. 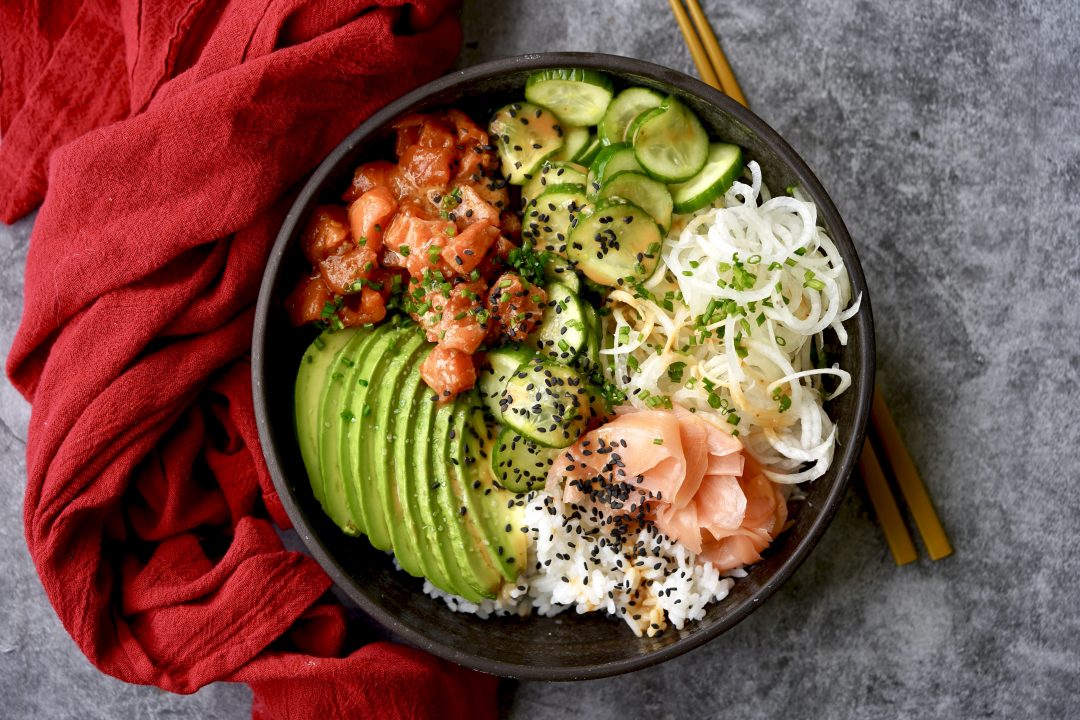