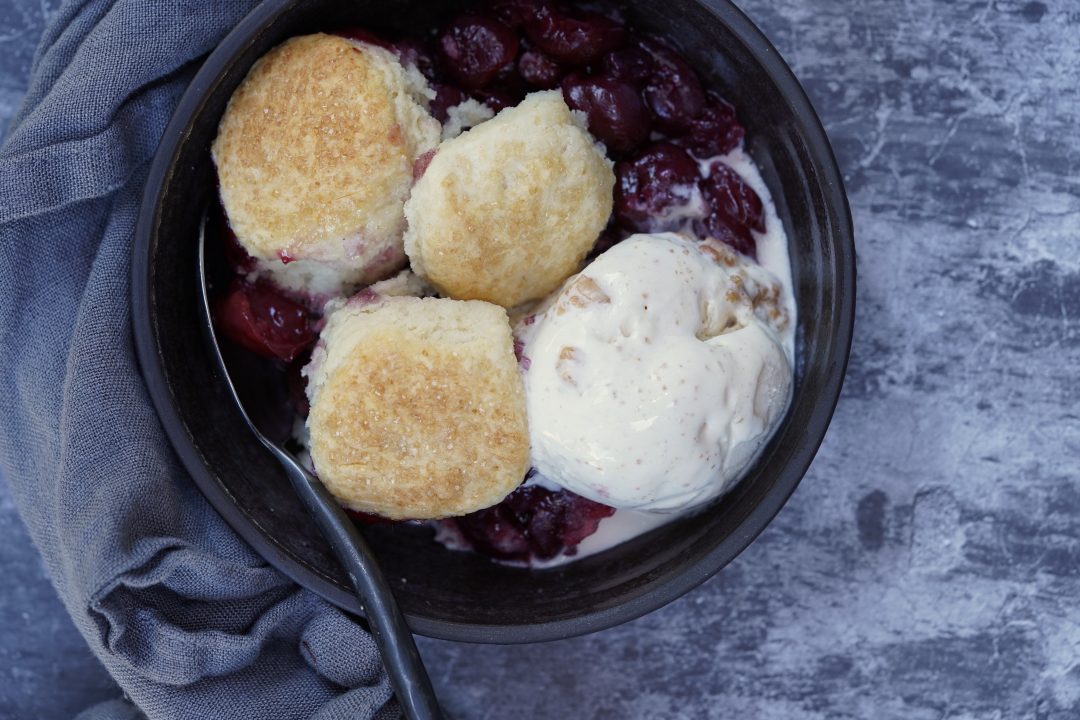 A cherry cobbler is the perfect dessert for Labor Day, even if you, like me, will be home, without friends and extended family, doing nothing much at all. But let’s cut to the chase, and discuss the the subtle difference between a cobbler, a crisp and a crumble, the three desserts that frequently get grouped together. I’m willing to bet, most of you don’t actually know what makes these three fruit-focused dessert favorites different. 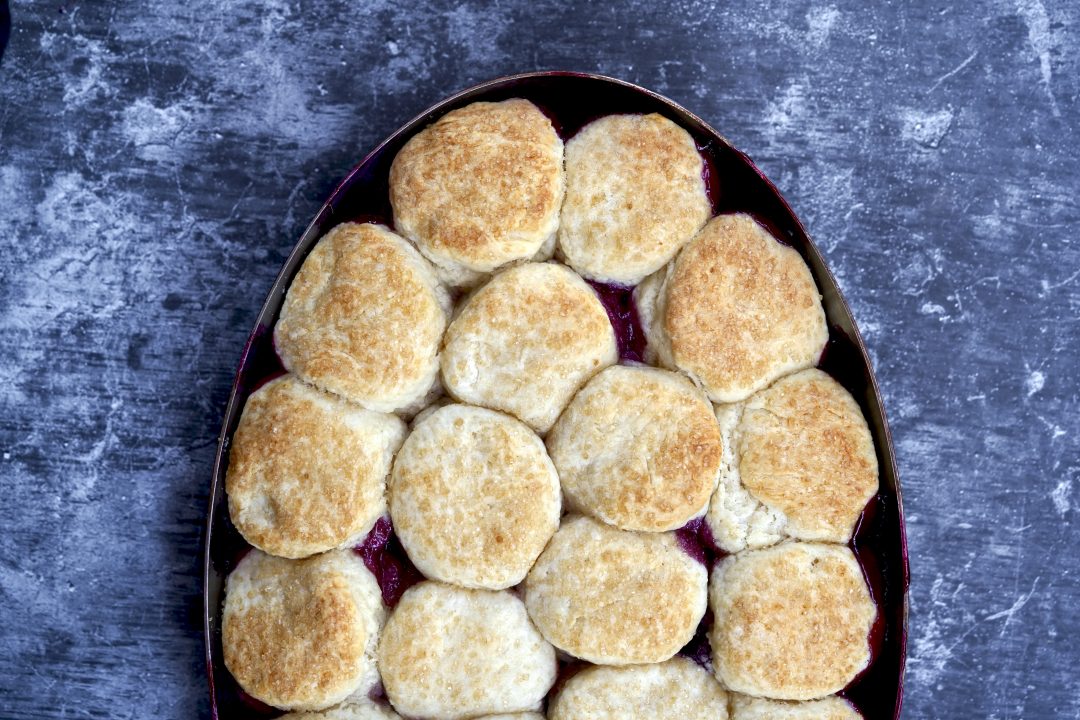 According to the Oxford Companion to Food, cobblers are the oldest and date its inception back to the 1850s. At its core, a cobbler was simply fruit baked in the oven with some form of dough on top. Gradually, over time, we began to associate cobblers with having either a biscuit topping, such as this one, or some dense, cake-type topping. No matter the topping, the real trick with cobblers, is the proper fruit selection. Firmer fruit takes longer to release its juices, which allows the biscuit topping to cook through before the fruit makes them soggy. 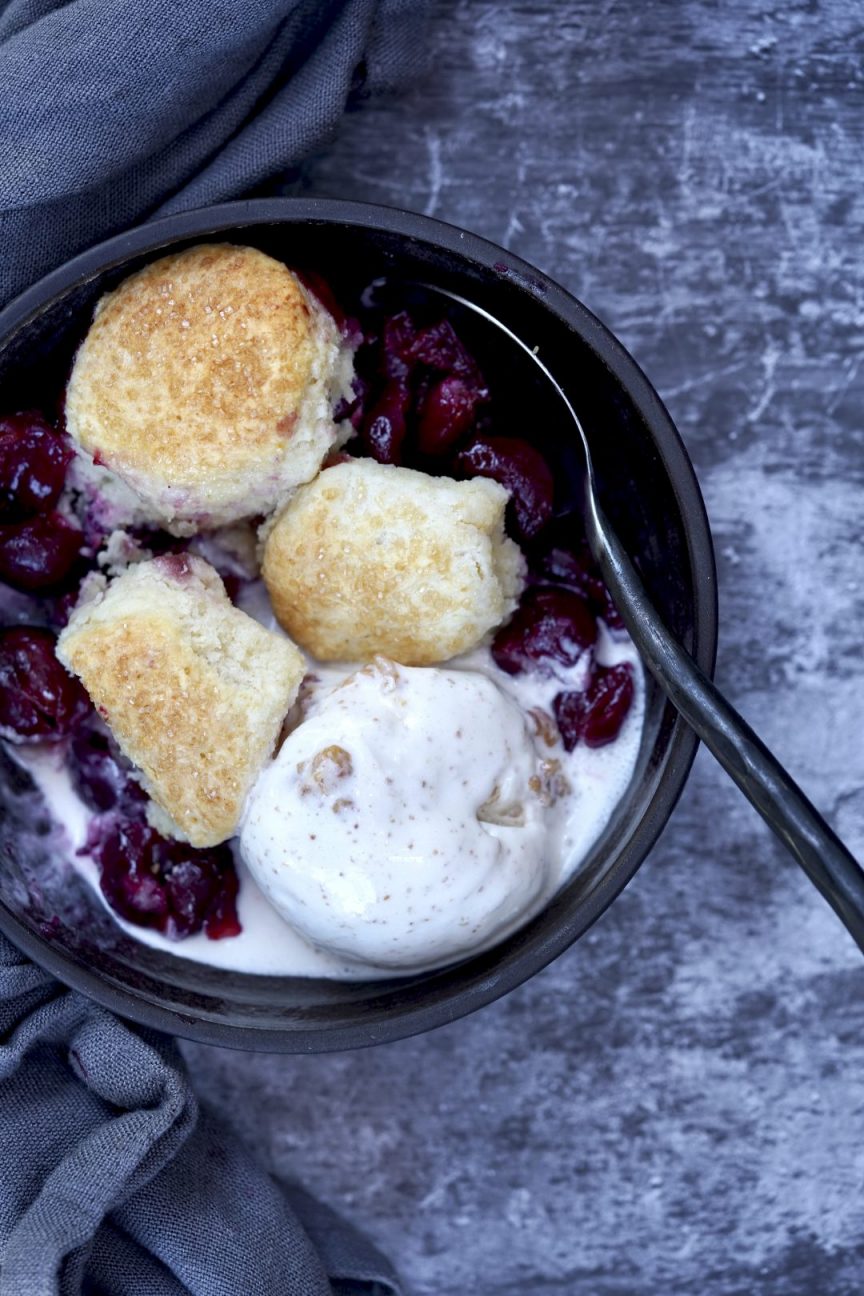 A crisp and a crumble are incredibly similar. The topping that sits on the baked fruit is crispy and crumbly. In contrast to cobblers, crisps didn’t begin making appearances in America until the early 1900s. A crisp is a type of dessert consisting of fruit which is baked with a crumble-like topping. The choices of toppings are endless, but the most common is topping of butter, sugar, flour and oats that’s mixed together with your fingertips until crumbly. Unlike a cobbler, a crisp is where your very ripe fruit comes in handy. The goal here is the fruit bubbles up over the filling and peaks out of the crisp topping. 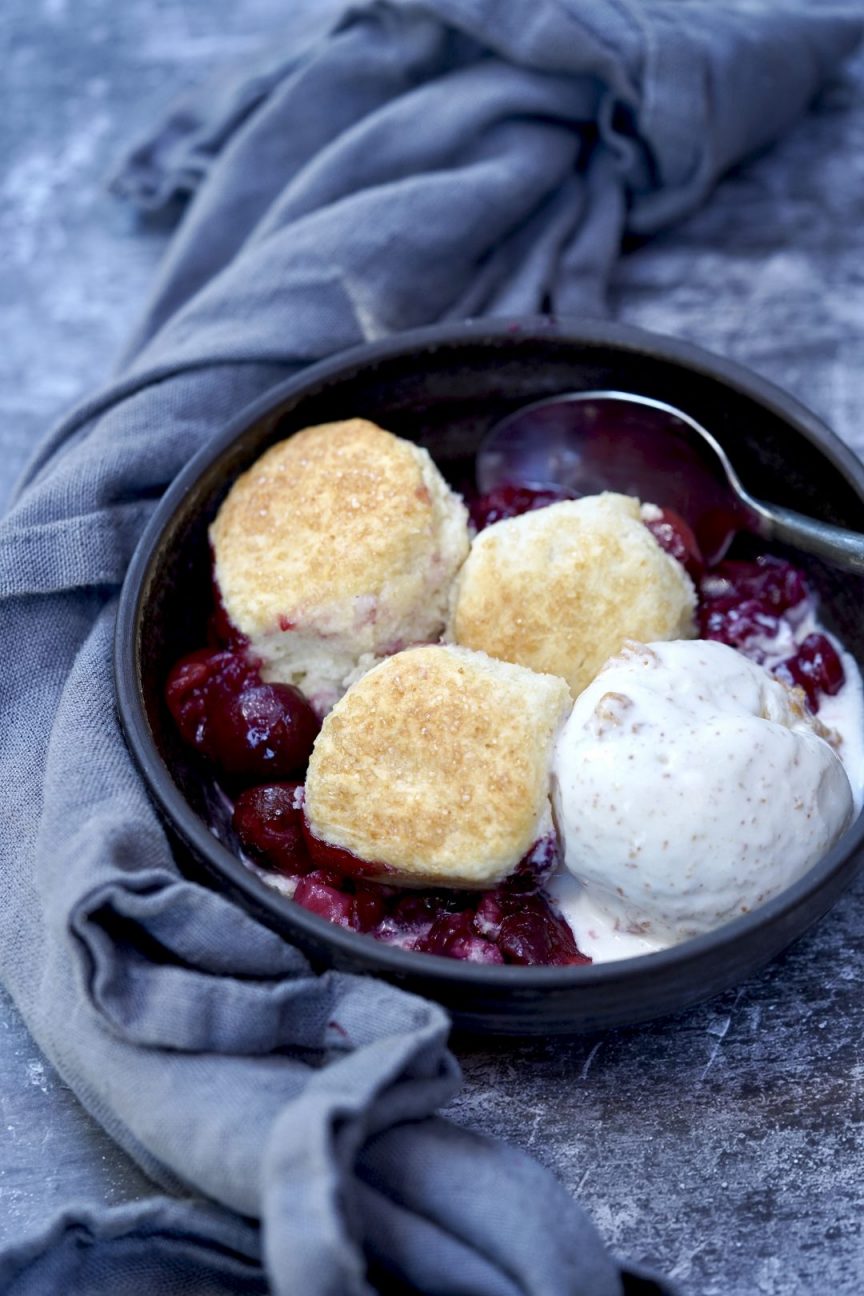 A crumble, originating from England, and is basically a crisp, but it can have a slightly different texture. Crumbles often incorporate things like chopped nuts, though many recipes stick with the standard butter, sugar, and flour, and simple spices like cinnamon and nutmeg. The topping might be slightly softer than a crunchy crisp, or have big clumps rather than a more equally distributed topping commonly found on crisps. But fruit selection for a crumble remains the same as with a crisp; anything goes, but softer tends to be better, which cooks the fruit faster while also brown the top perfectly. 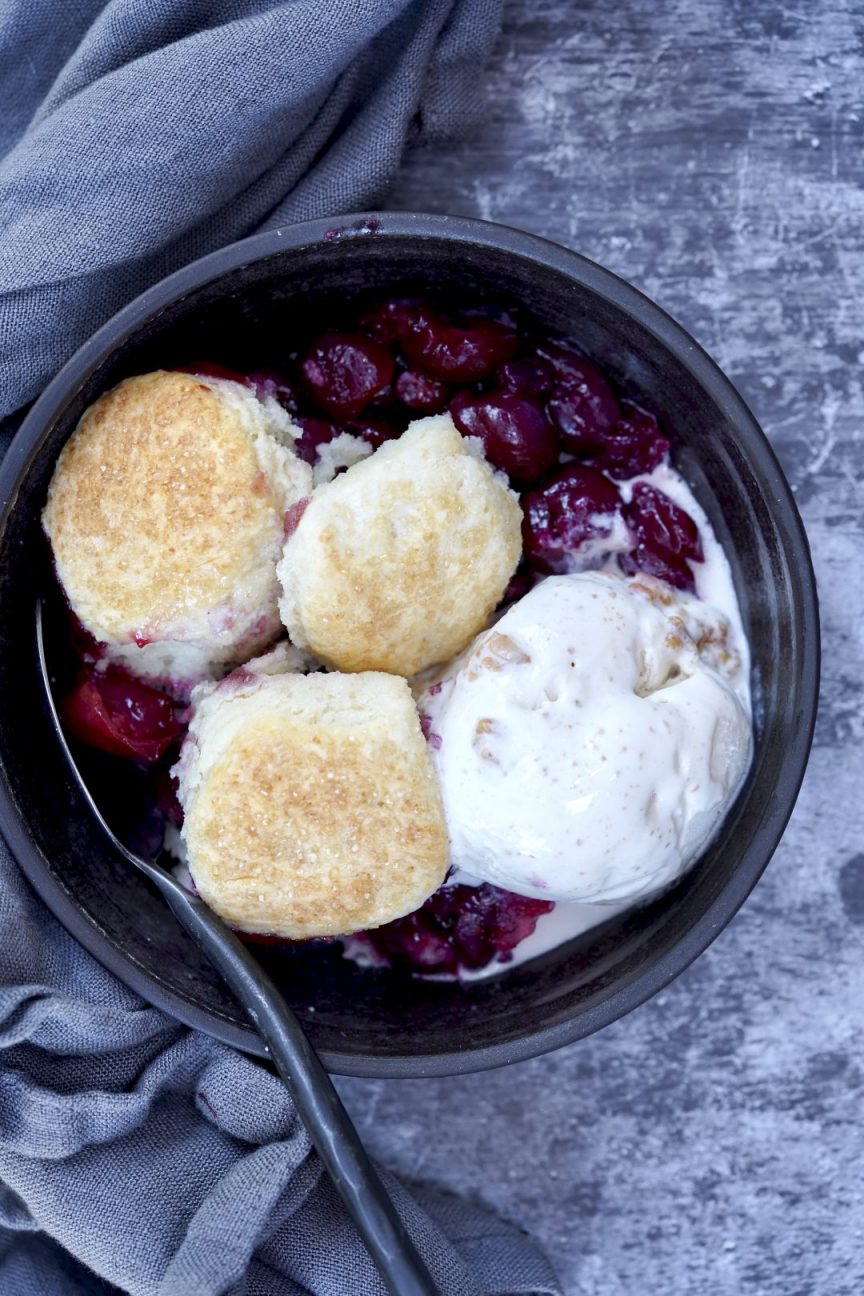 The takeaway here is, cobblers, crumbles, and crisps are all easy rustic baked desserts which highlight seasonal fruit with the added bonus of some type of pastry topping. And although they may not stand out as the most elegant dessert, they are loved by most and a great way to highlight seasonal fruit of any kind. Topped with ice cream, homemade whipped cream or straight up, you honestly can’t go wrong with any of these classics holiday or not. 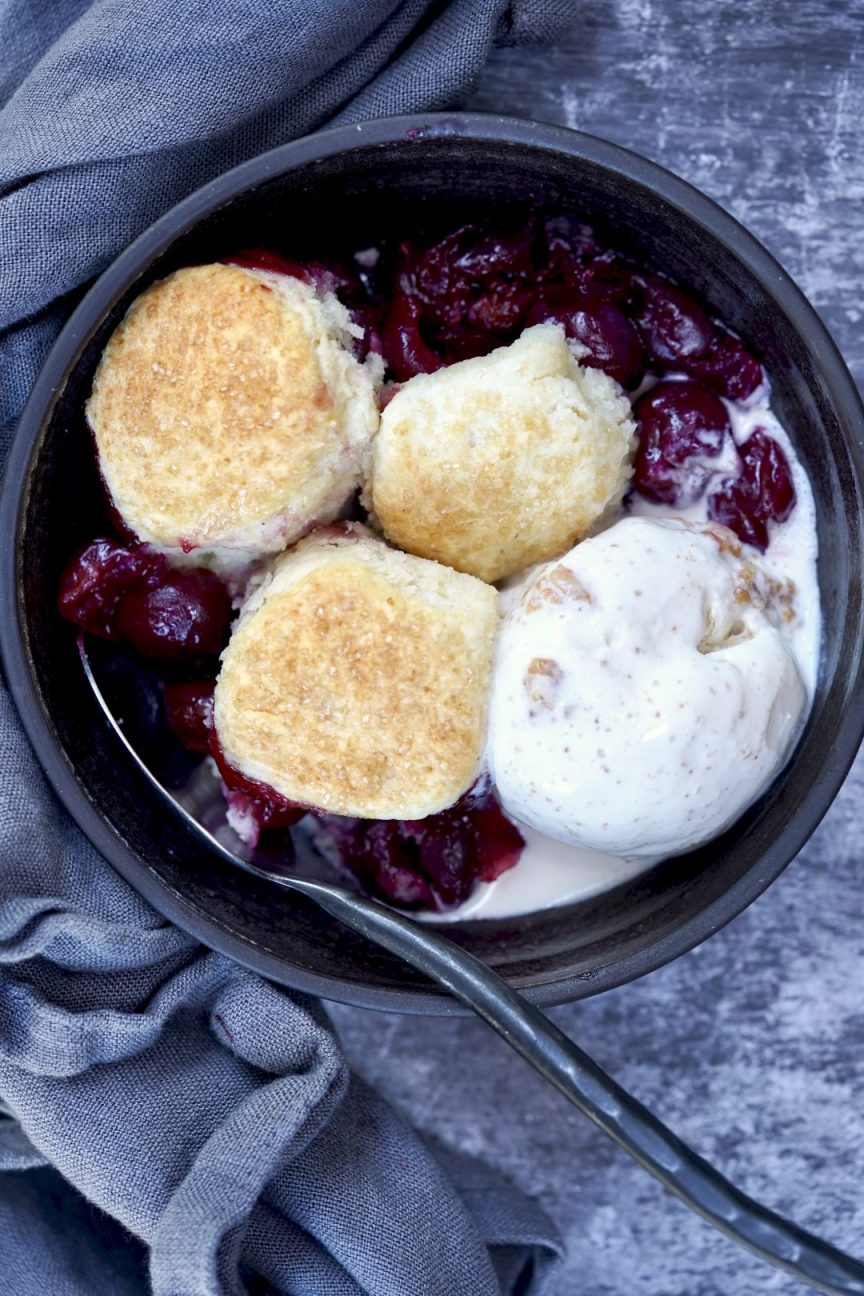