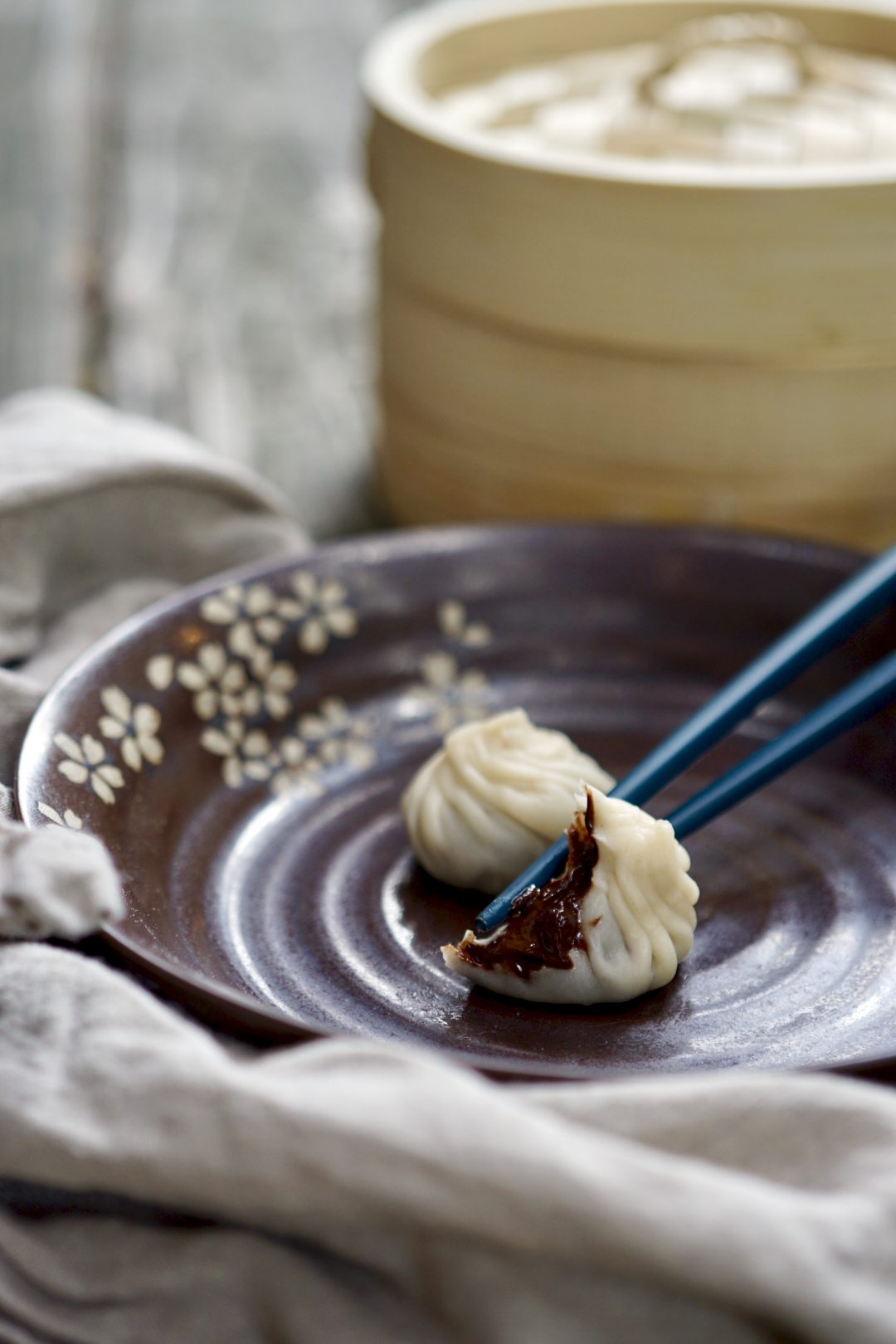 My families love of Din Tai Fung is no secret. I did a copycat recipe of their chilled cucumber salad (a true favorite) and to this day, this simple dish, remains one of my most viewed blog posts. I think that says something. Din Tai Fung has a cult-like following and for good reason. Their soup dumplings, or Xiao Long Bao, as they’re known, are meticulously made and truly sublime. I have had many soup dumplings over the years, but theirs are exquisite.

Xiao Long Bao itself is a type of Chinese steamed bun (baozi) from the Jiangnan region in China. Traditionally prepared in a “xiaolong”, which is a kind of small bamboo steaming basket and how they got their name, Xiao Long Bao, or Xiaolongbao. 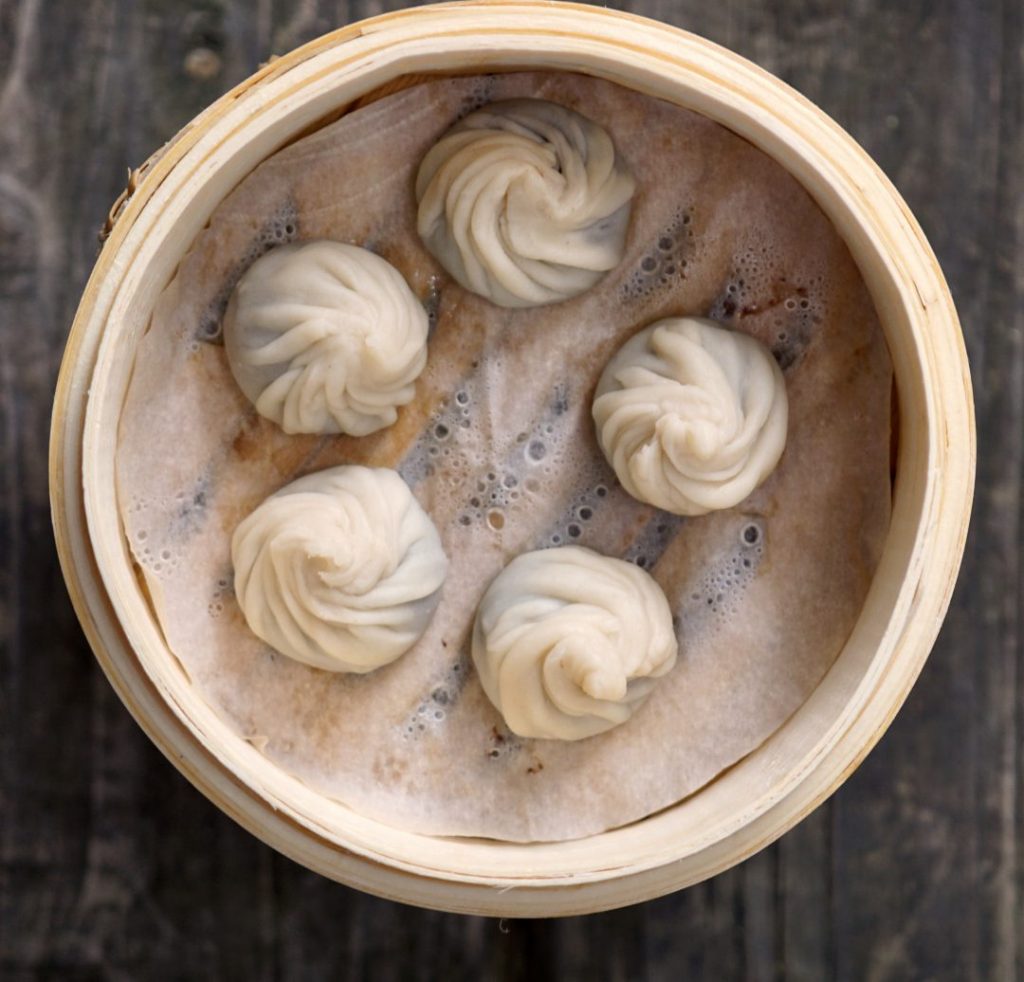 But Din Tai Fung has another lesser known secret my boys discovered and fell in love with-their chocolate Xiao Long Bao also known as their dessert Xiao Long Bao. Served similarly to their beloved soup dumplings; piping hot and in a bamboo steamer, these slightly smaller, chewier dessert dumplings have a decadent molten chocolate center that are just as addictive as their savory cousins. 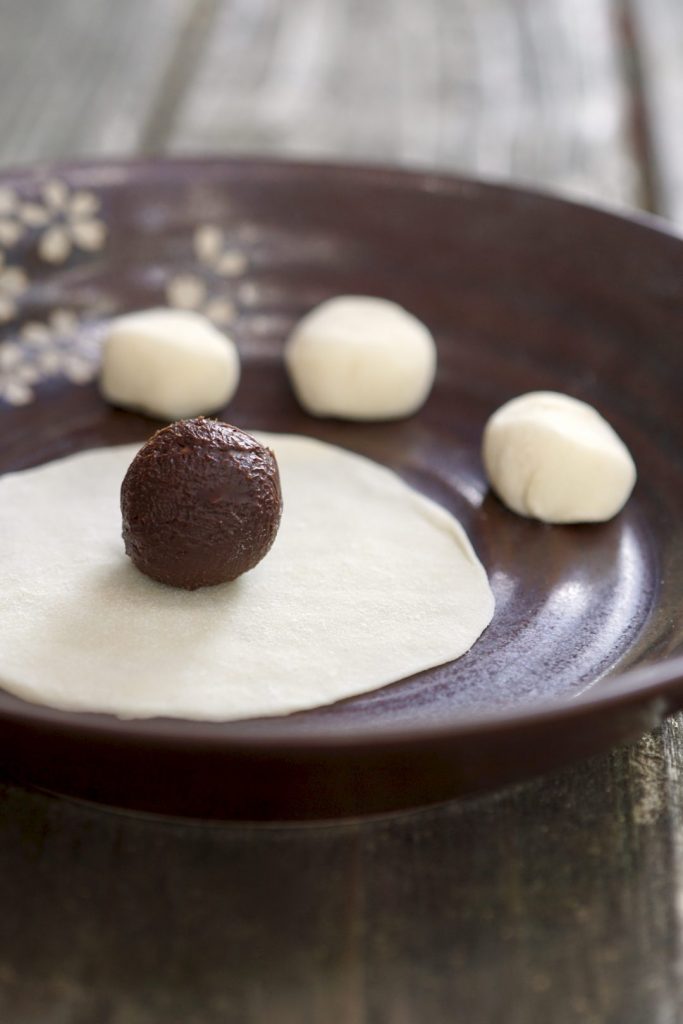 My boys challenged me to recreate this tasty new-found favorite well before I had even tried them myself. Thankfully, I love a good challenge. And my research here did not suck. With the help of a few of my younger son’s friends, we were able to agree upon flavor and texture. The chocolate filling was not all that hard, a simple mix of chocolates would be required to mimic the richness of Din Tai Fung’s version. A chilled chocolate ganache would stand up against the steaming process and create the molten-like center needed.  The real issue was the dough. 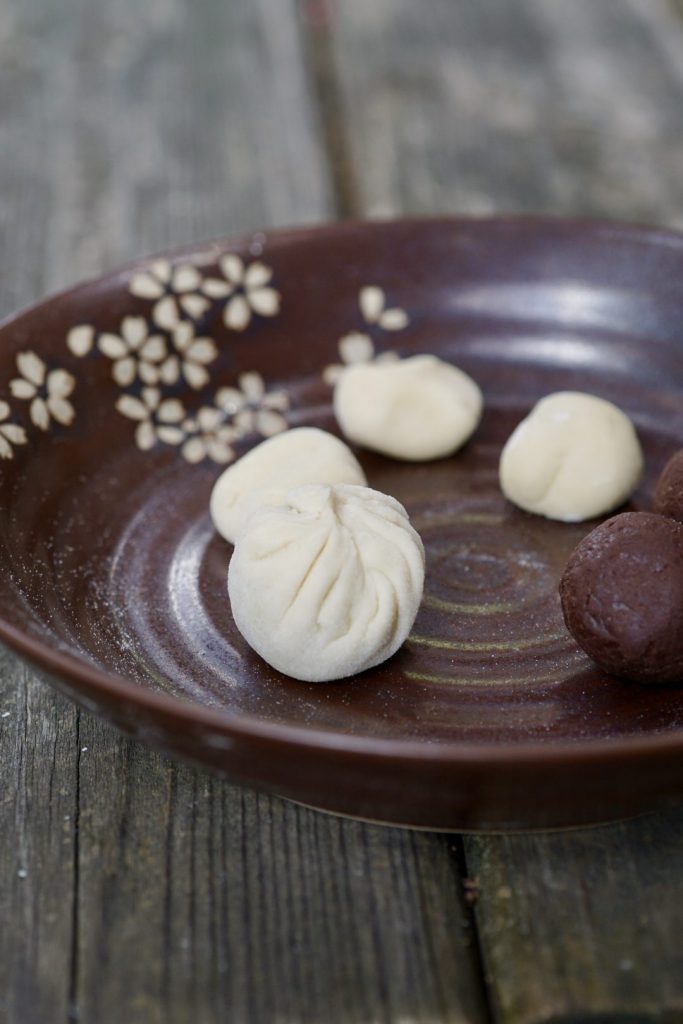 There are lots of articles written about how to make the perfect Xiao Long Bao. There are many people who have even tried a crack at making an exact replica to Din Tai Fung’s soup dumplings, but their sweet version is not the same. Their dessert dumplings were special and not a typical hot water dough as I had first suspected. At one point I had thought it was a mochi dough made from a fine rice flour, but I quickly learned that was not the case. Back to the drawing board I went.

I quickly circled back on my original thought, chocolate Xiao Long Bao had to be a hot water dough, but it required a high protein flour (such as bread flour), that when mixed with the hot water, enhanced the proteins ability to form the gluten bonds giving the dough the strength it needed. Low protein flours (as was the case with the first few hot water doughs I made) simply created too much gluten, making the wrappers chewy and tough. Bread flour allowed me to get a super thin wrapper, with great texture that remained delicate during the steaming process. Bingo. Always important to remember, cooking is often just science. 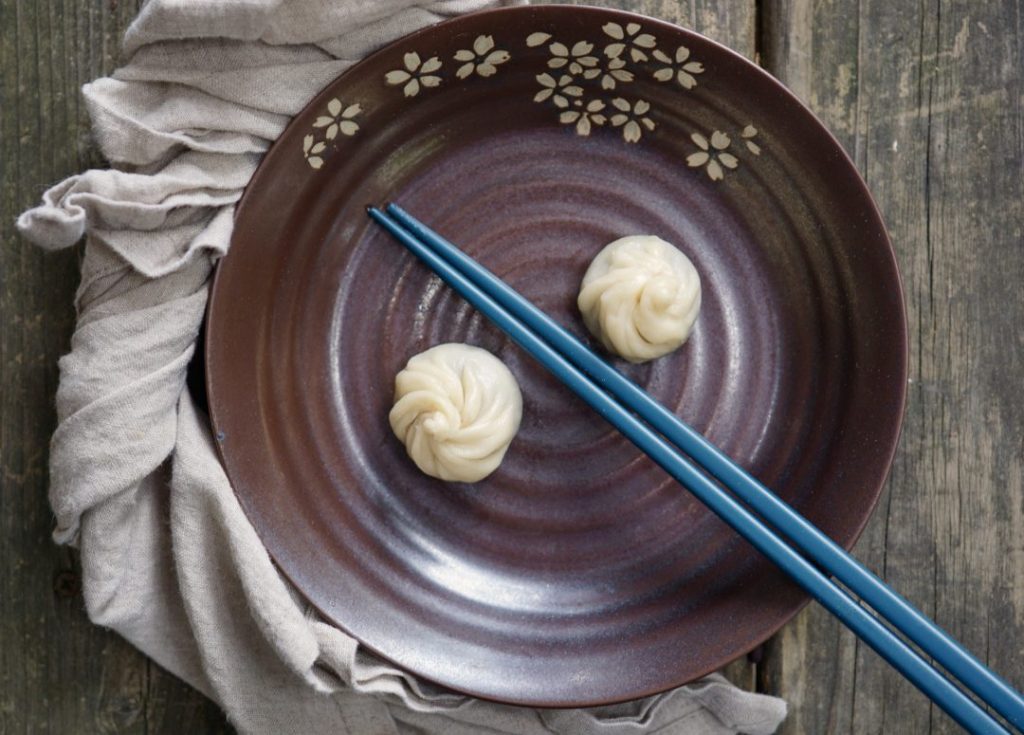 Once I had mastered the dough, I was almost there. I have read many articles about Din Tai Fung and what struck with me most was their highly controlled system for making their soup dumplings, almost like a factory. To start, absolutely everything is weighed. When I looked back I was able to find the weight of Din Tai Fung’s dumpling wrappers. In an article I had read a representative from the restaurant had been quoted saying that their wrappers weighed between “4.8-5.2 grams each“. And that right there was the missing piece I needed. I weighed my dough, I had been using double that suggested amount per dumpling.  I made the adjustment and was quickly able to get the thin delicate wrapper I need to make perfect chocolate Xiao Long Bao that tasted (according to my kids) exactly the same as the ones at Din Tai Fung. Mission almost complete. 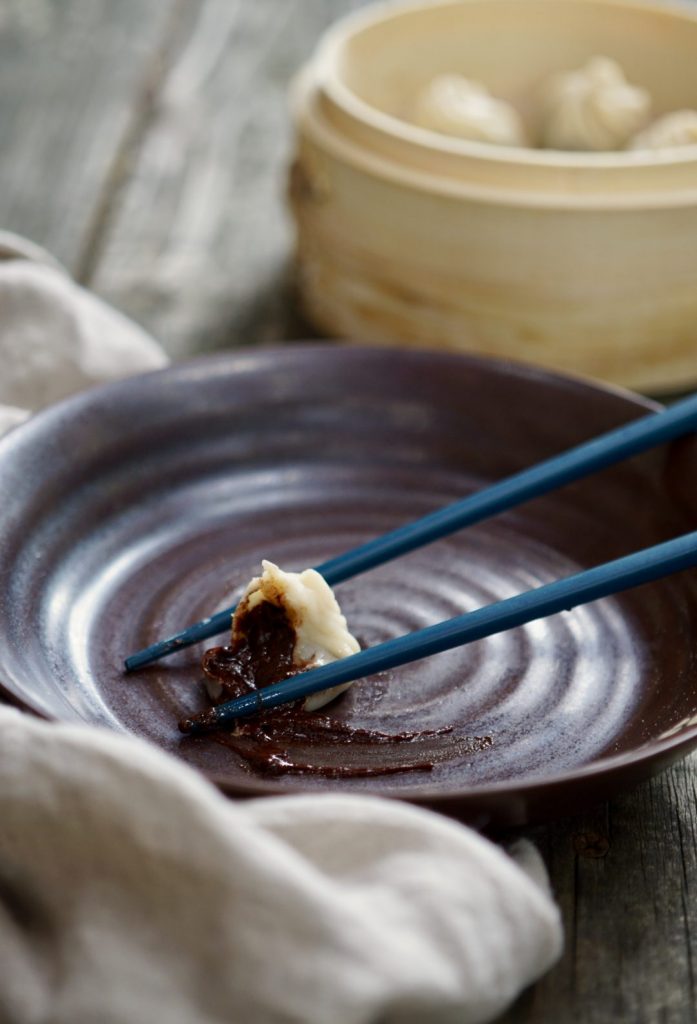 The actual folding of the dumplings was another hurdle (and for guidance on this I highly suggest you watch this video). My advise here is, the more you make them, the easier it will become, but they do not need to be perfect to taste great. I needed to play around with the steam time a bit, but after a few attempts, I think I hit the nail on the head. My family has had a lot of these dessert dumplings recently (the cost of recipe development) but I’m glad I accepted the copycat challenge because hands down these babies are worth it! 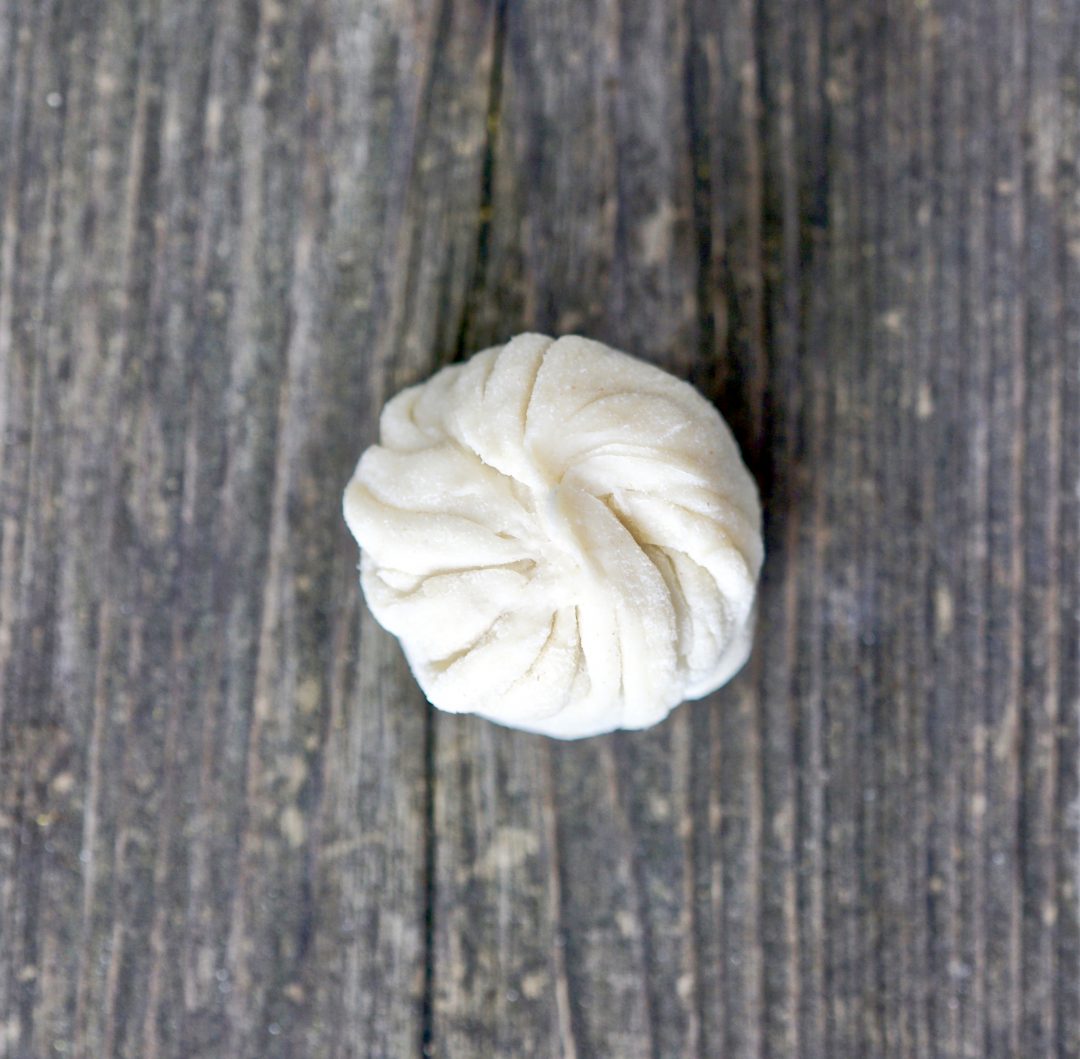 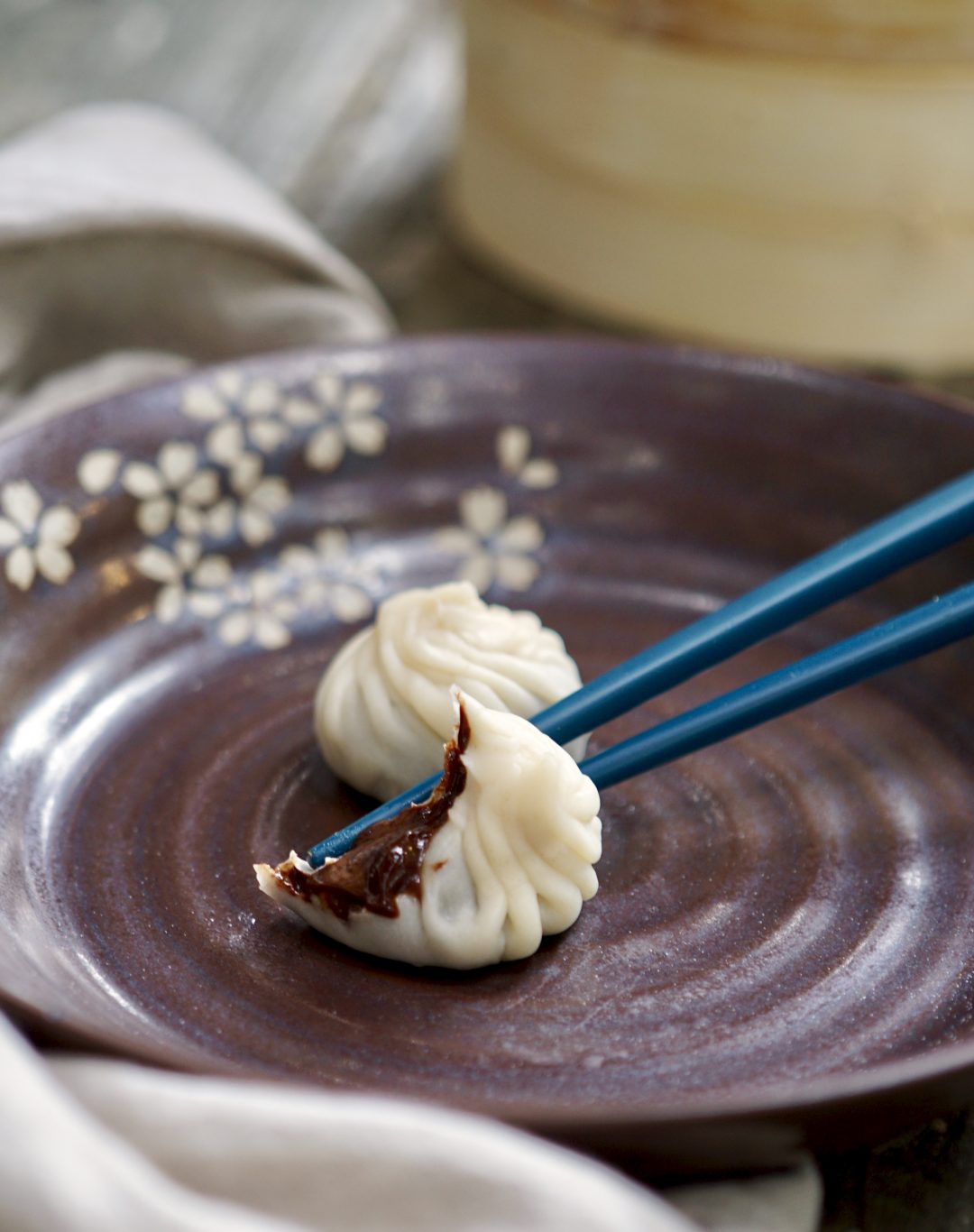