Bisquick Coffee Cake That Reminds Me Of Childhood 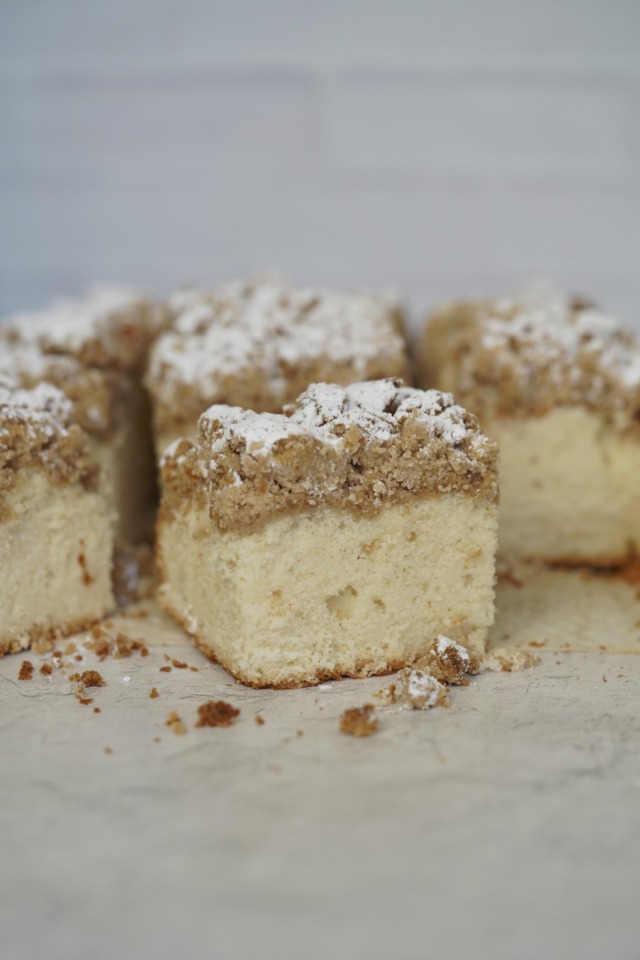 This is my go-to coffee cake. It is easy to make, contains few ingredients and never disappoints.  The secret ingredient in this basic recipe is the old-school ingredient, Bisquick. Growing up, my mom used Bisquick to make dumplings, which she put in her homemade chicken soup.  My older sister reintroduced me to Bisquick several years ago. My sister used Bisquick to make pancakes for her daughter, who has severe food allergies. 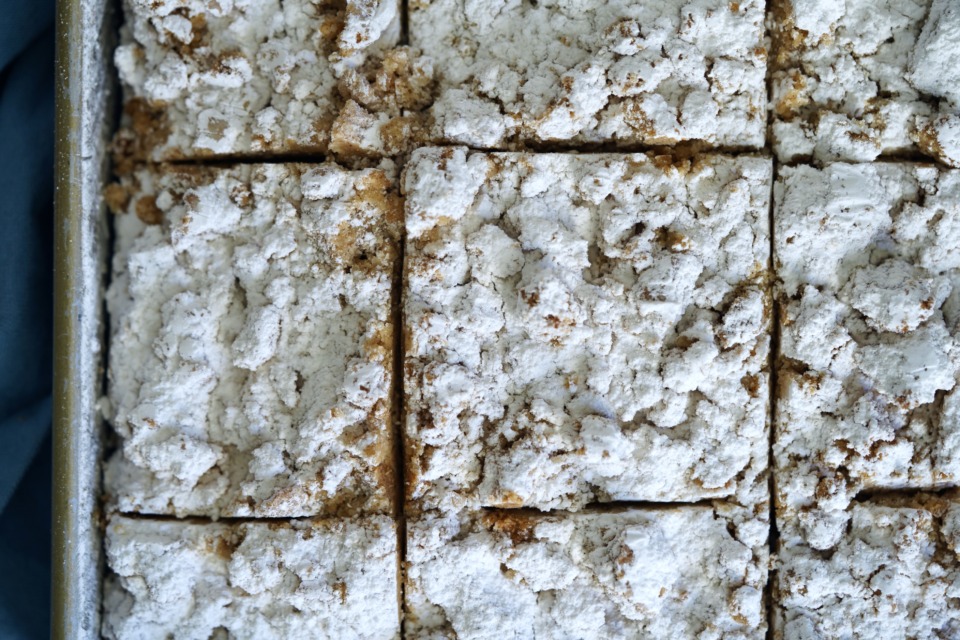 The Invention of Bisquick

Bisquick, is a pre-mixed baking product made up of flour, shortening, salt, and baking powder sold by General Mills.  The back story of Bisquick is actually rather interesting. Bisquick was developed around 1930 not long after a General Mills executive complimented a chef on a train about his homemade biscuits. Apparently the chef had come up with his own pre-mixed biscuit batter.

The chef’s mixture consisted of lard, flour, baking powder and salt.  The chef stored this mixture on ice to keep it fresh. This allowed him to make his biscuits fresh daily, as needed.  Some say the General Mills executive stole the chefs idea and created Bisquick, without crediting the train chef.  The original recipe was adapted slightly, adding oil instead of lard and eliminating the need for refrigeration.  Bisquick was officially introduced in grocery stores in 1931. 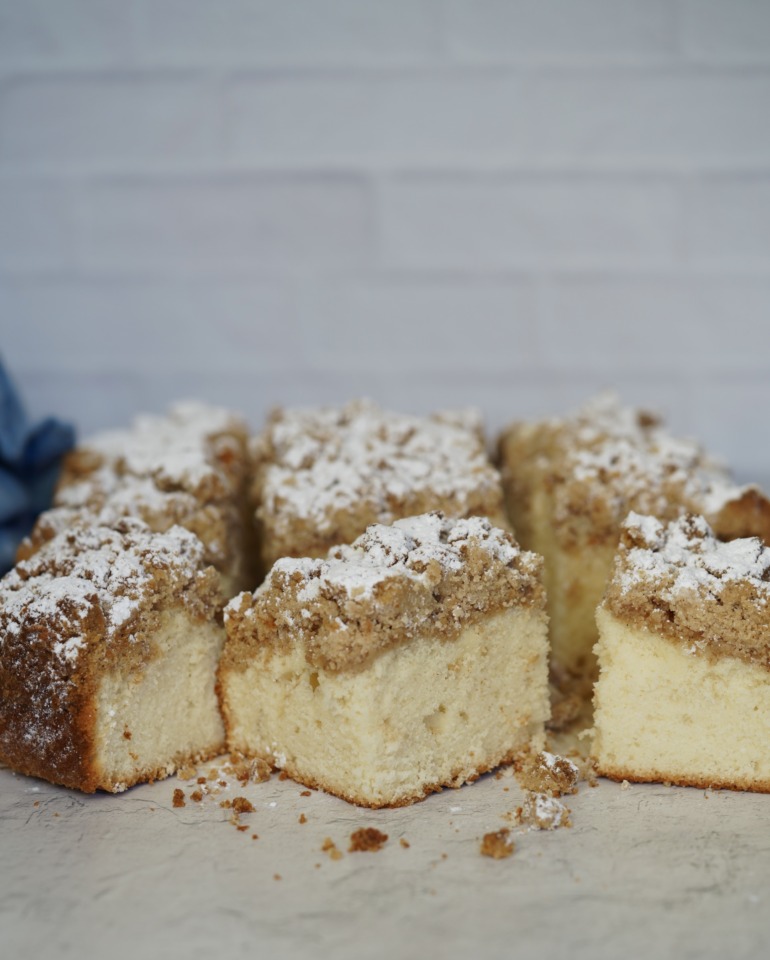 I don’t use Bisquick all that often. Many chefs would never touch the stuff. But I use it in the topping of this recipe, and it works extremely well.  Some people have told me this coffee cake reminds them a little of something I grew up with: Entenmann’s crumb cake, sold in the box with the clear top.  Others, here in Silicon Valley, have compared it to the well know Hobees’s coffee cake, minus the blueberries. 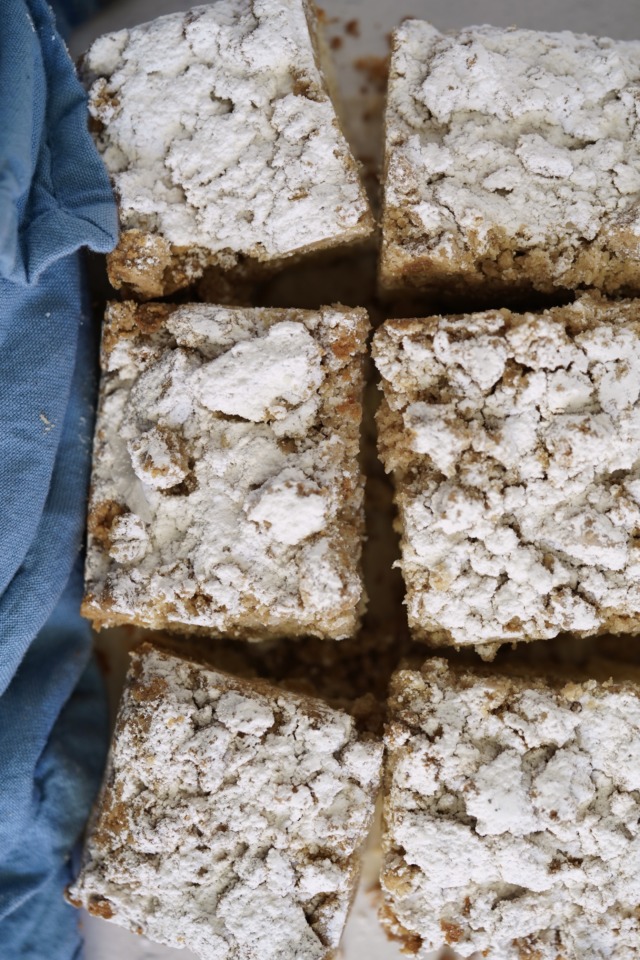 I’m hoping mine is a bit better than either of those!  Personally, I think this coffee cake has the perfect balance;  a moist vanilla cake with a sweet, powdery (thanks to Bisquick) brown sugar crumble topping  and sprinkled with powdered sugar.  It is not sticky or gooey, nor does it contain nuts, which many coffee cake recipes do.  It’s great with coffee or a plain cup of milk. 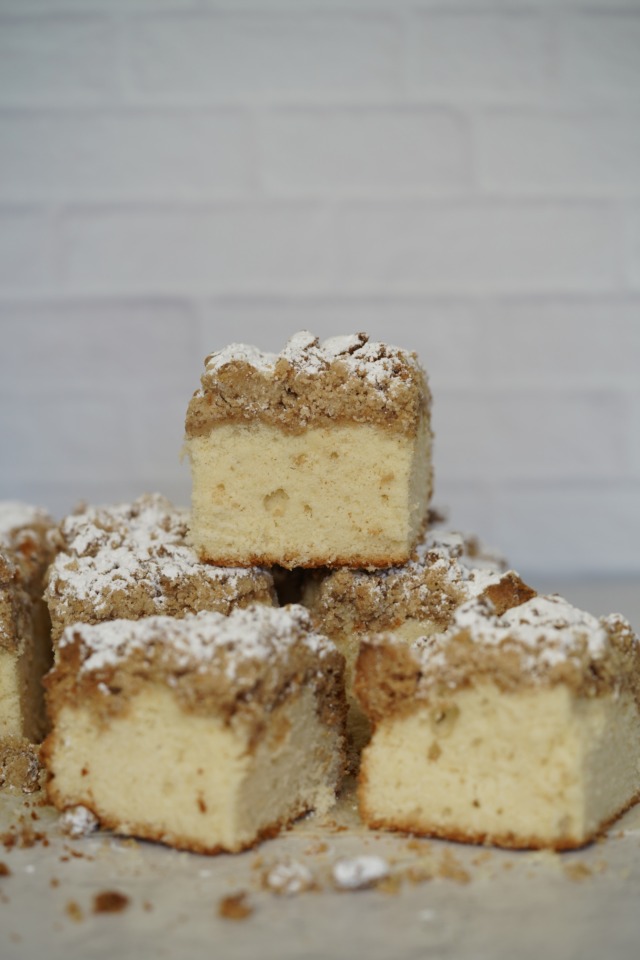 4 thoughts on “Bisquick Coffee Cake That Reminds Me Of Childhood”