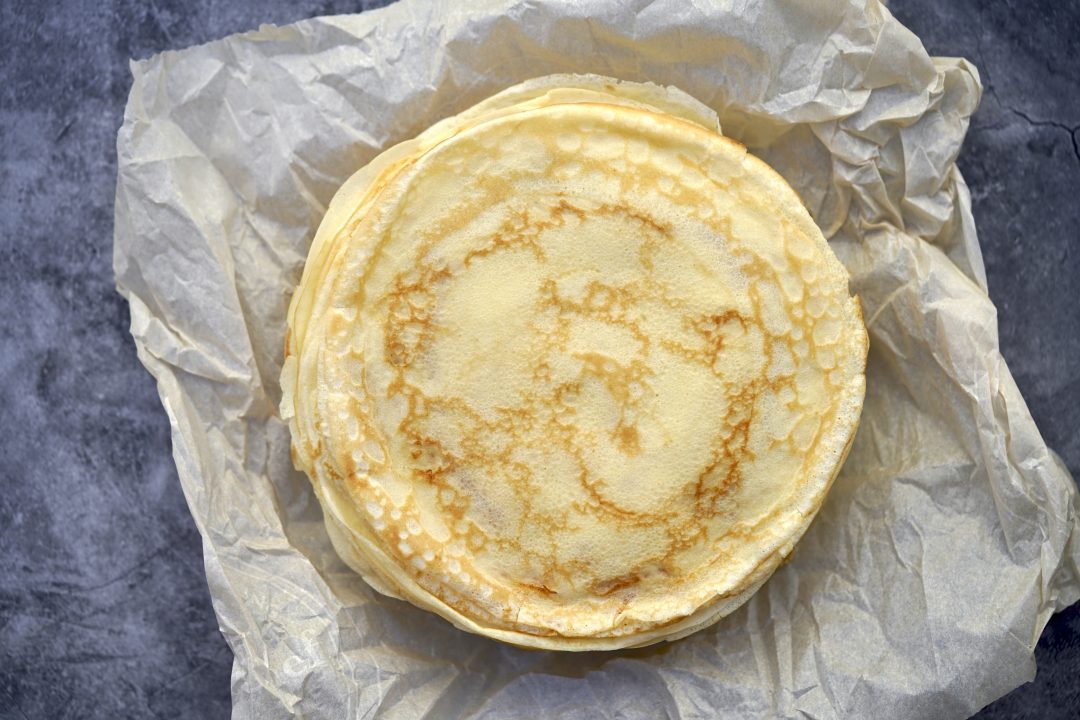 This post is for my youngest who absolutely loves crêpes. Honestly, I can’t blame him, a crêpe, when made from scratch, is AMAZING! Personally, I prefer a crêpes to pancakes, but my son is an equal fan of both, especially if Nutella is involved. I can’t remember exactly when I first gave my son a crêpe, but the love was there at first bite. One of my favorite crêpe moments was on a family trip to Paris several years ago.

In France there was a long list of foods both my boys were excited to have; artisanal chocolates, true French bread, cheese, pastries, and of course, crêpes. My older son prefers crêpes savory, so ham and cheese has always been his go-to. But my younger one has stayed tried-and-true to his beloved Nutella crêpe. The Nutella crêpes in Paris proved to be all that he imagined. In his words they were “absolutely perfect“; made-to-order, just a touch of sweetness, served warm and loaded with creamy, chocolate Nutella, so much so that it oozed out all over his little six-year-old hands with each bite he took. 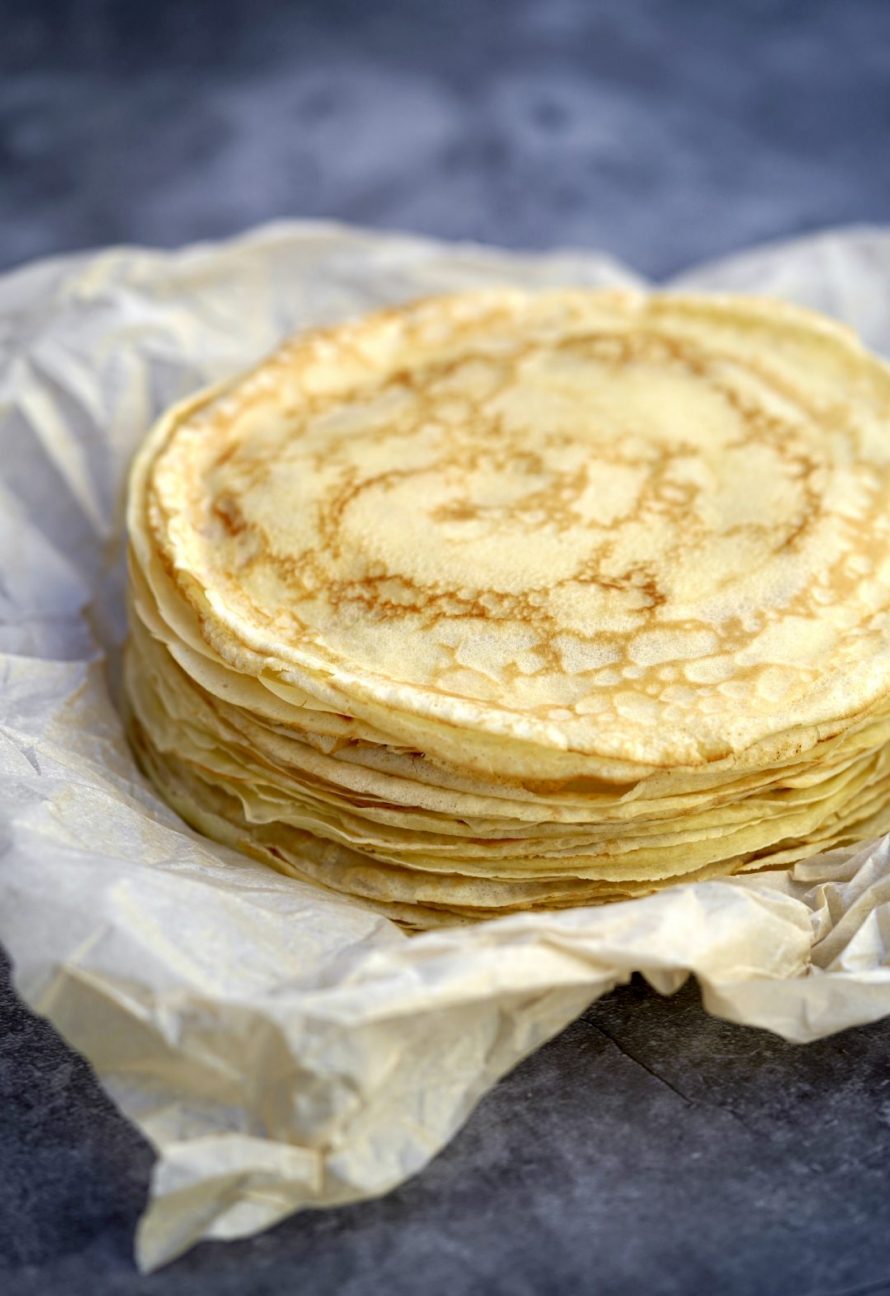 Truthfully, many people are hesitant or even intimidated to make a crêpe from scratch, but trust me, you shouldn’t be. Two things are important when making homemade crêpes; one, a killer crêpe batter and two, proper technique. And despite what many believe, you do not need a special crêpe pan to make them.  In fact, I actually prefer to use a small 8-inch nonstick pan which allows me to flip the crêpe easier.

Recipe-wise, there is not all that much to a crêpe recipe, but balance is really important. I add just a little bit of sugar to mine when making them sweet, I use a combination of milk and water, I like unsalted butter over salted butter, and I don’t let my batter rest for an hour like many do. This crêpe recipe is classic and reliable, but your technique, getting your pan to just the right temperature, not using too much batter, swirling quickly and watching for coloration is the real skill in making killer homemade crêpes. 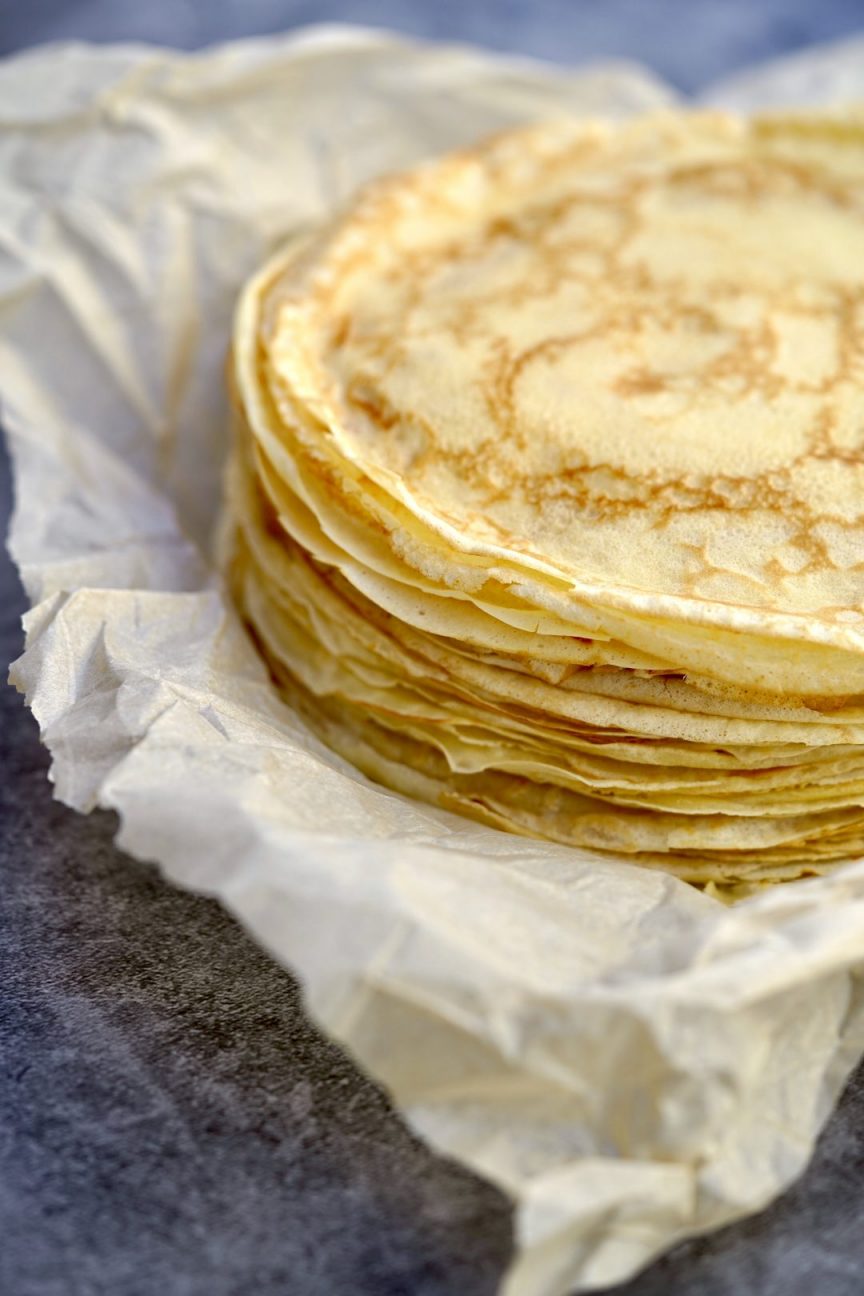 Like pancakes, the first few never come out exactly right, but don’t get discouraged, just push ahead. And my best advise is, when swirling the batter around, remove the pan from the heat. Not only does this give you more control of your wrist and the swirling, but it prevents the crêpe from cooking too quickly or most importantly, from becoming too thick. 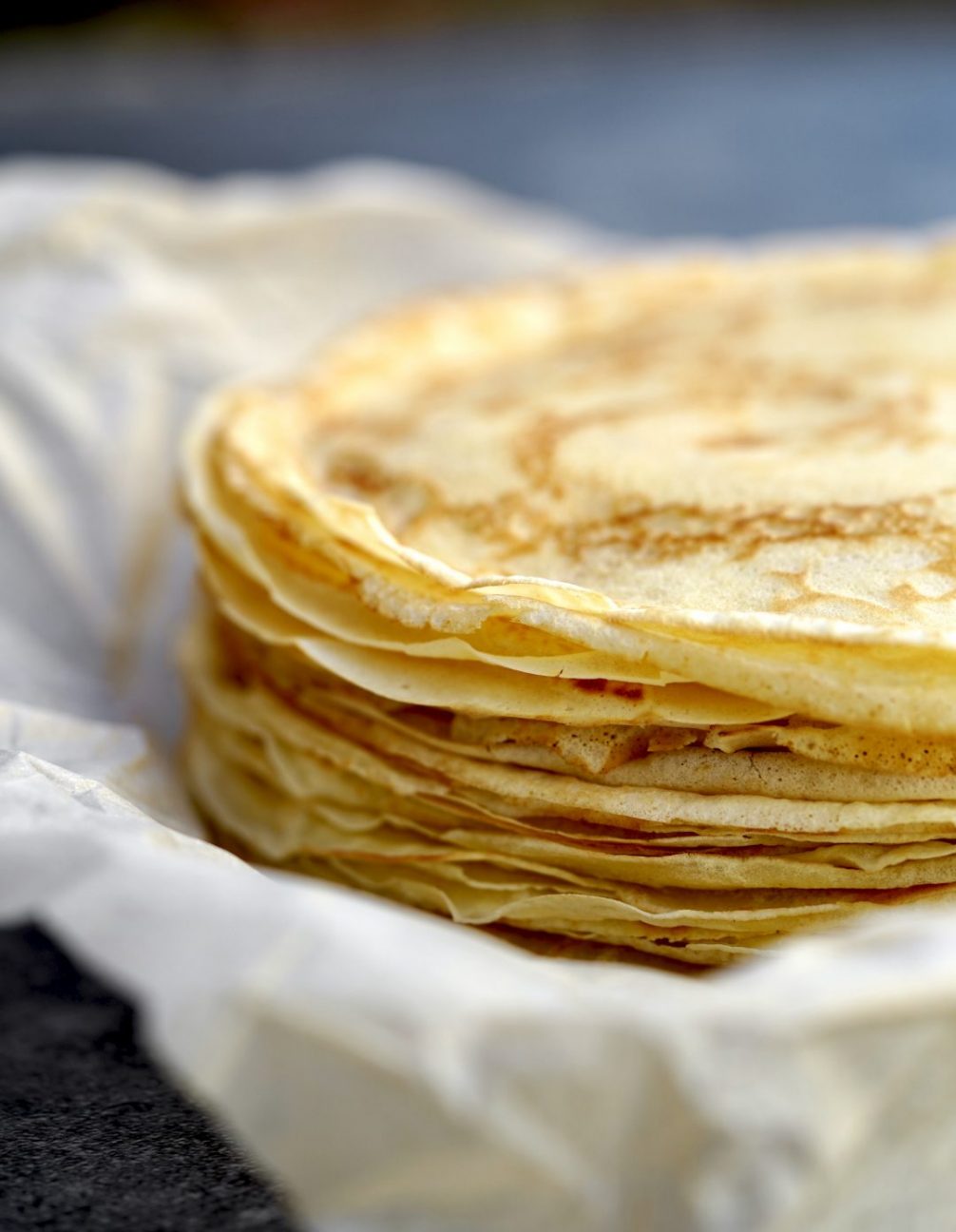 Once you master the correct technique, there’s no stopping you, and your options for crêpes, and what to do with them, is limitless. If Nutella is not your thing, go classic French with crêpe suzette, my favorite recipe is by my former instructor, master chef Jacques Pépin. Or, if you’re a baker by nature, and have lots of patience, try making a crêpe cake which typically requires 36-48 crêpes. Most people won’t tackle homemade crêpes during the weekday, but they are a fantastic recipe to play around with on the weekend so plan accordingly. 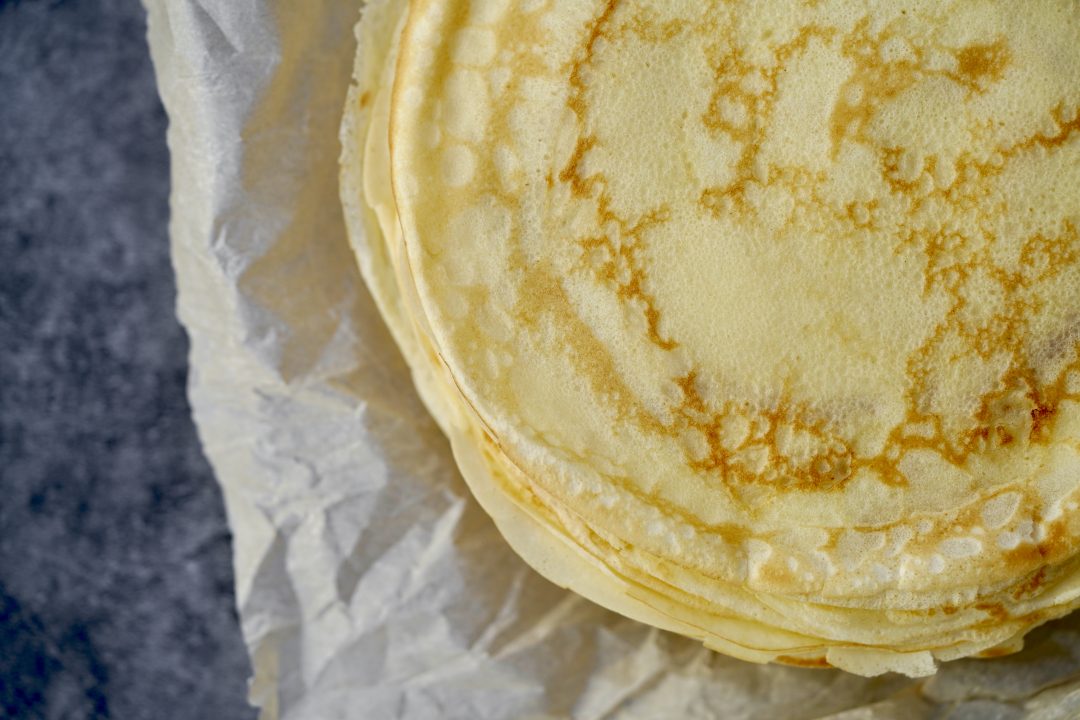