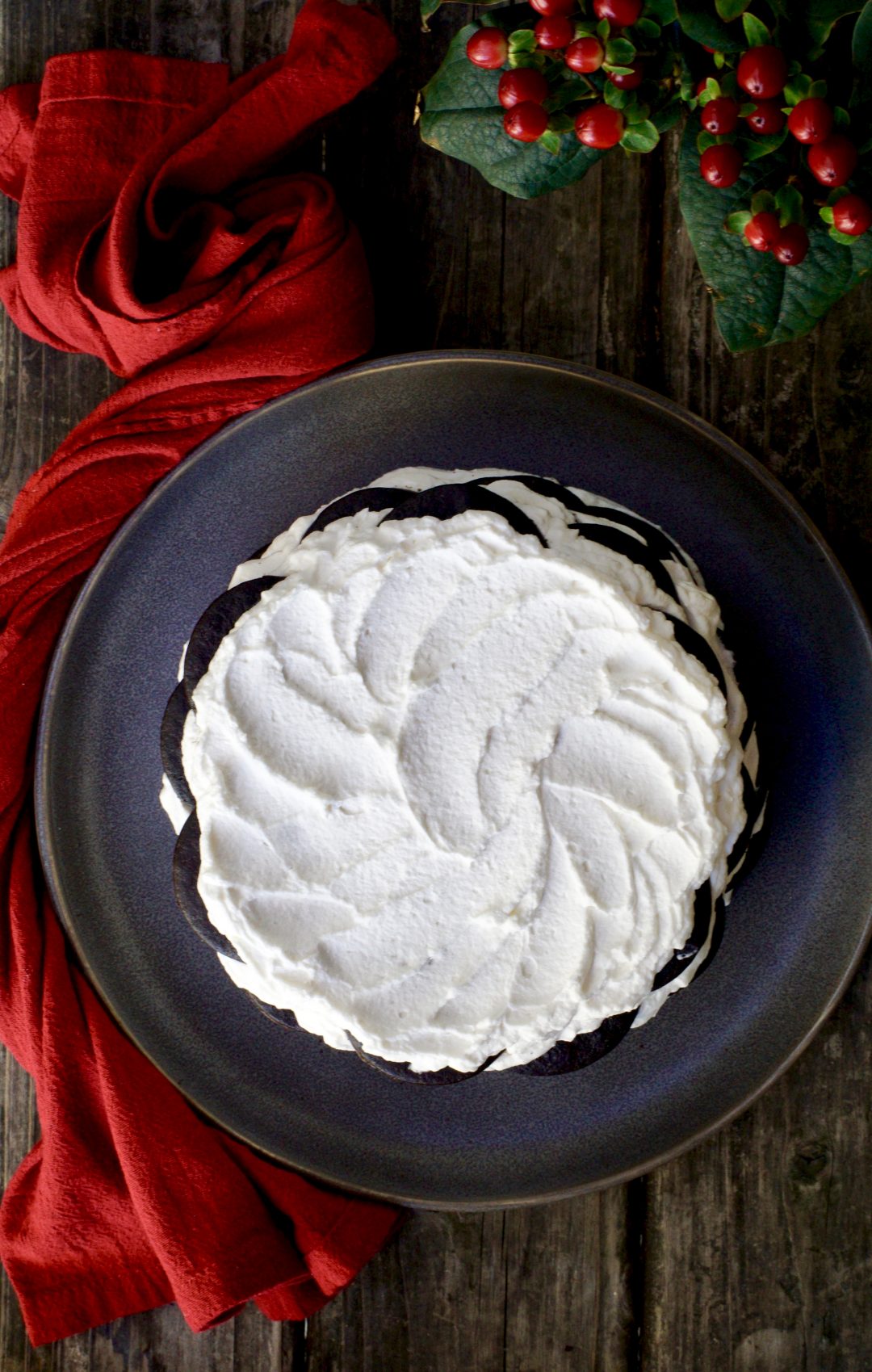 This is a holiday icebox cake, my new favorite, effortless no-bake retro dessert. The term “retro desserts” has been popular for a while now. Food, much like fashion, is often circular. Food trends swing far and wide, but those with real roots, often circle back within a decade or two.

Retro desserts pay homage to my grandmother’s generation of the 1950’s, when baking was just beginning to be modernized and quick, easy, straightforward desserts were appealing and could be fit in with caring for your family and working. 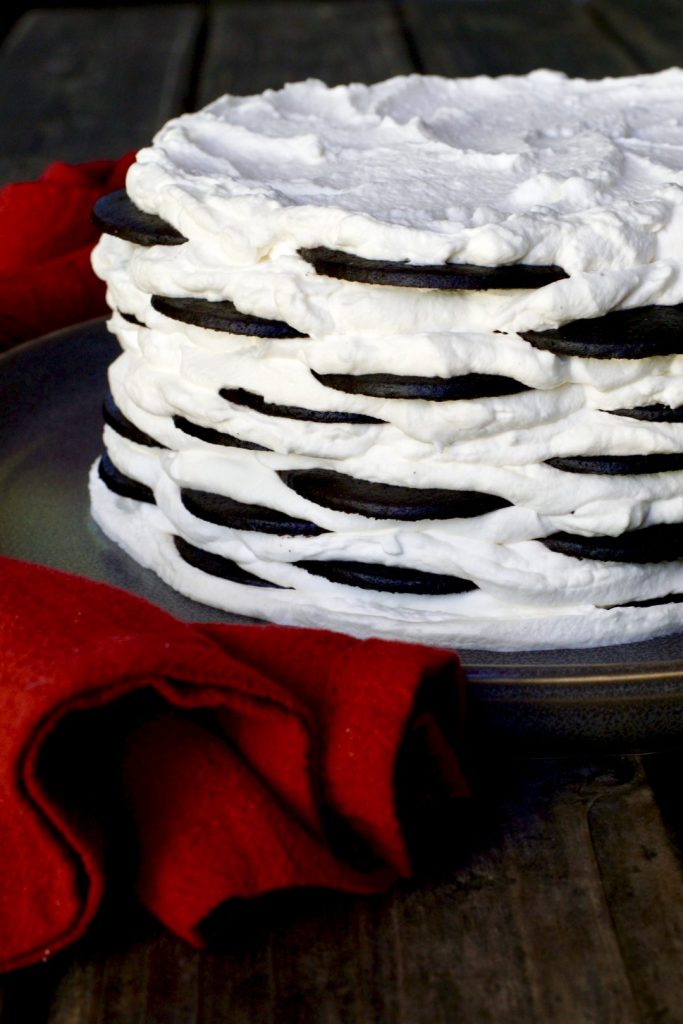 “Icebox” is a catchy name used to describe old-fashioned, creamy desserts that get chilled instead of baked. Icebox cakes were once considered examples of modern sophistication within the baking world and showcased as masterpieces at parties. Once sliced, impressive black and white stripes are revealed with a taste similar to that of an Oreo/ice cream sandwich cake. 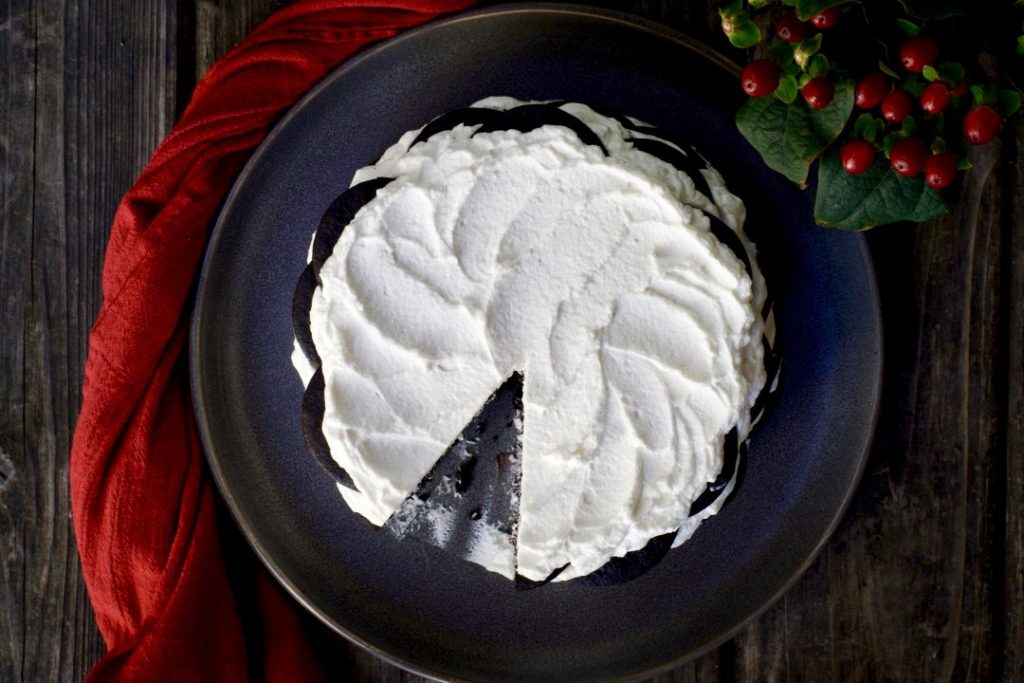 National Biscuit Company “Nabisco” began selling wafer cookies in 1924, with the focus on chocolate with ginger and sugar, but they soon switched to all chocolate. In 1929 Nabisco first introduced the idea of layering the wafers with whipped cream. This became incredibly popular. As a result, just a year later they began printing the recipe on the actual wafer tins.

Nabisco Famous Chocolate Wafer Cookies are the classic go-to in this recipe. Most known for their timeless canary yellow box, Nabisco’s fragile, wafer-thin chocolate wafer cookies make the best ice box cake if you ask me. 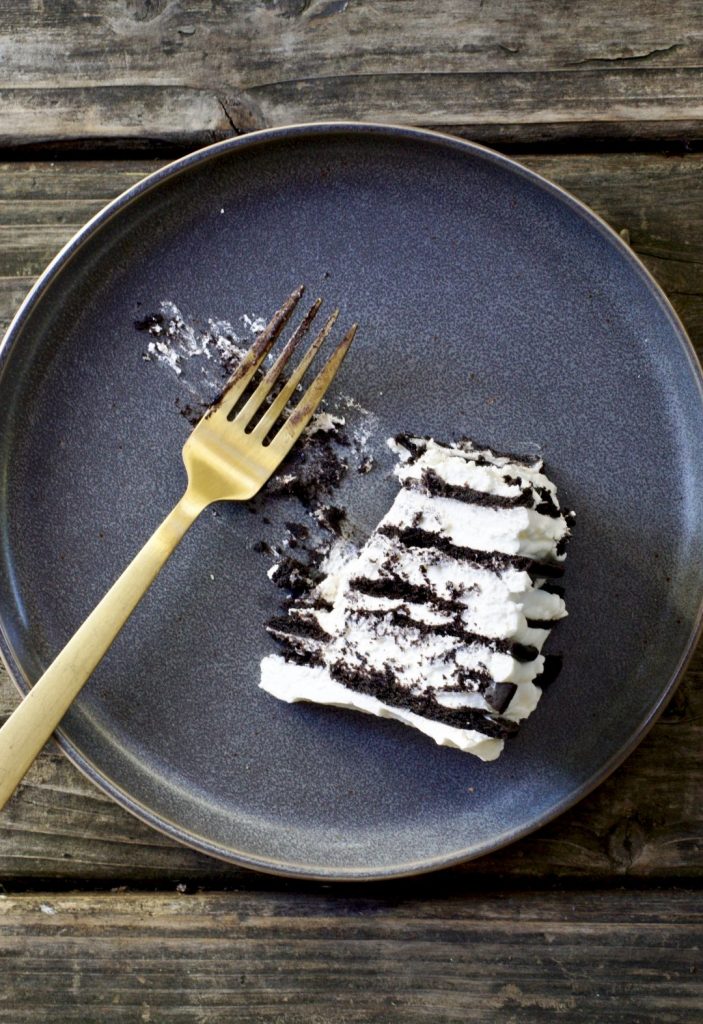 This chocolate icebox cake (or zebra cake as its also called) is one of the easiest cakes to whip up and therefor a favorite of mine during the busy holiday season. The prep-ahead, no-bake aspect of this classic dessert frees up my time and oven space which is a true bonus. And, best part, it’s easily adaptable for big or small groups depending on what you need.

The real trick is all about the assembly and advanced timing. This simple layered icebox cake is made using two boxes of chocolate wafer cookies, heavy cream, sugar and vanilla–that’s it. And the simple off-set placement of the wafer cookie layers that creates a dramatic modern effect that is eye catching when served. 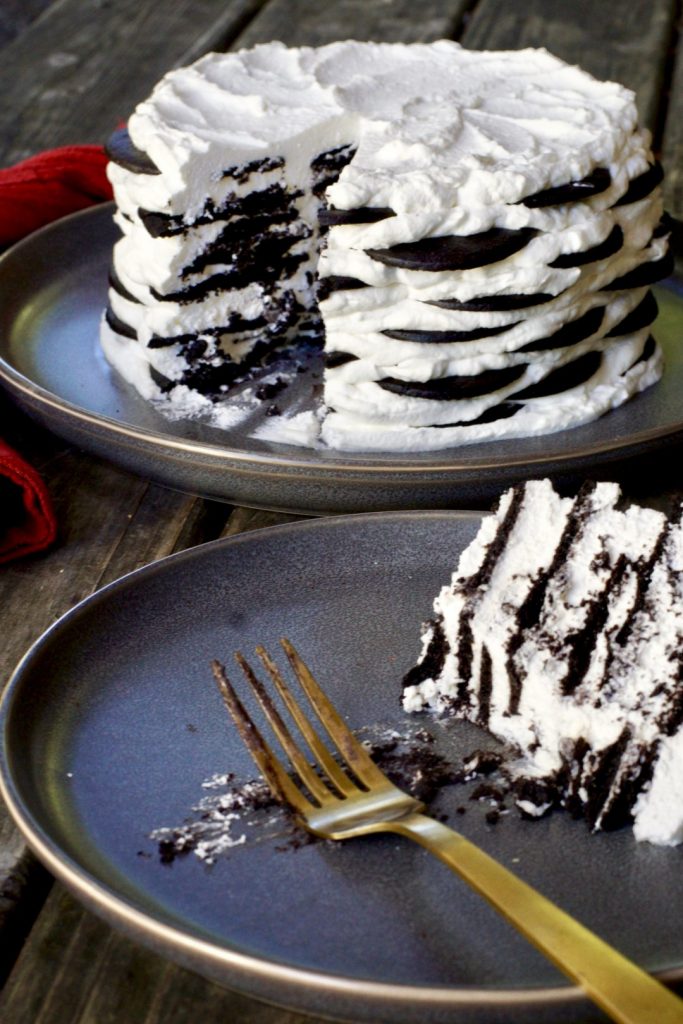 An icebox cake is best made a day in advance, this allows the wafer cookies time to soften and become more cake-like in texture.  As self-proclaimed whipped cream addicts, my boys became big fans of this retro classic after the very first bite. With holidays being as crazy as they are this “cake” is a no-brainer in my books as an easy prep-ahead option for any and all you may happen to be entertaining. 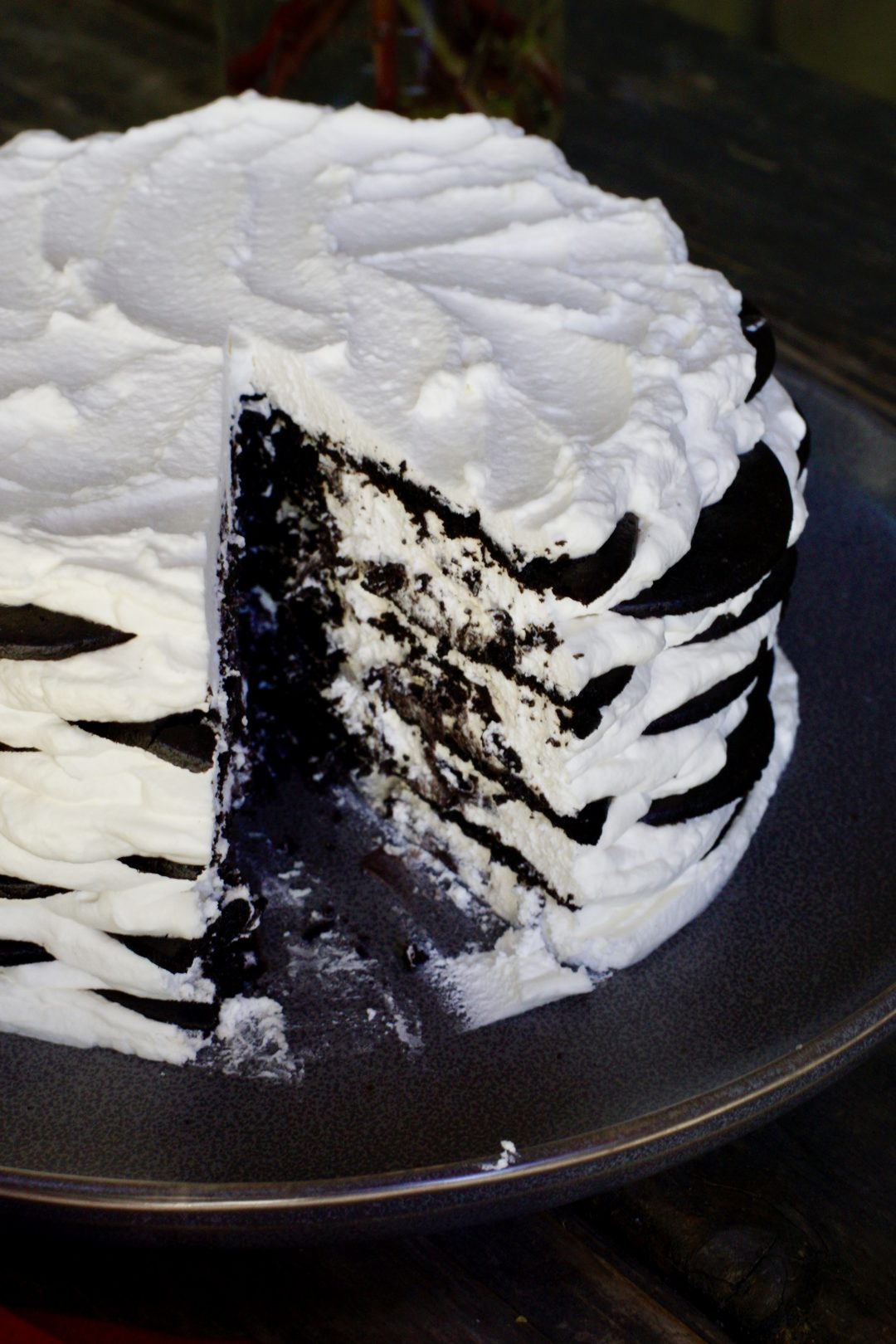