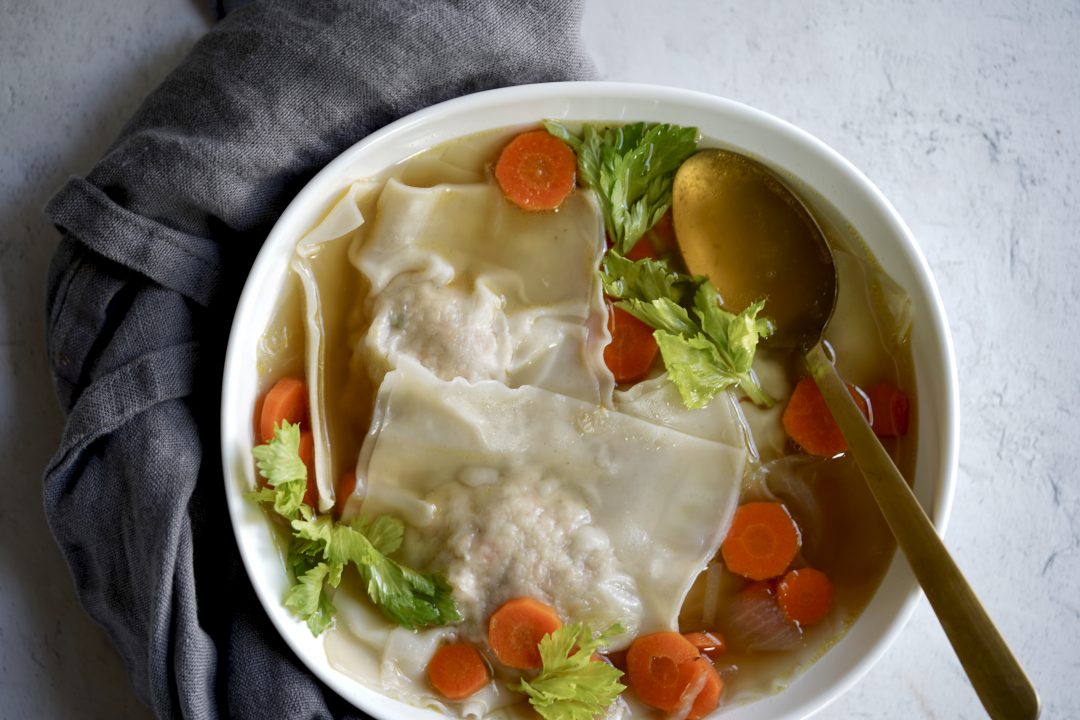 Chicken kreplach soup is a dish my husband has asked me to develop for a while now. Kreplach (pronounced krep-lakh) or “krepel” if singular, is the Yiddish name for the traditional triangular pieces of dough filled with ground meat or chicken, similar to dumplings. Also known as “Jewish wontons“, kreplach, just like Chinese dumplings, can be boiled and served in chicken soup or fried and served as a separate dish, which is a favorite of my boys. 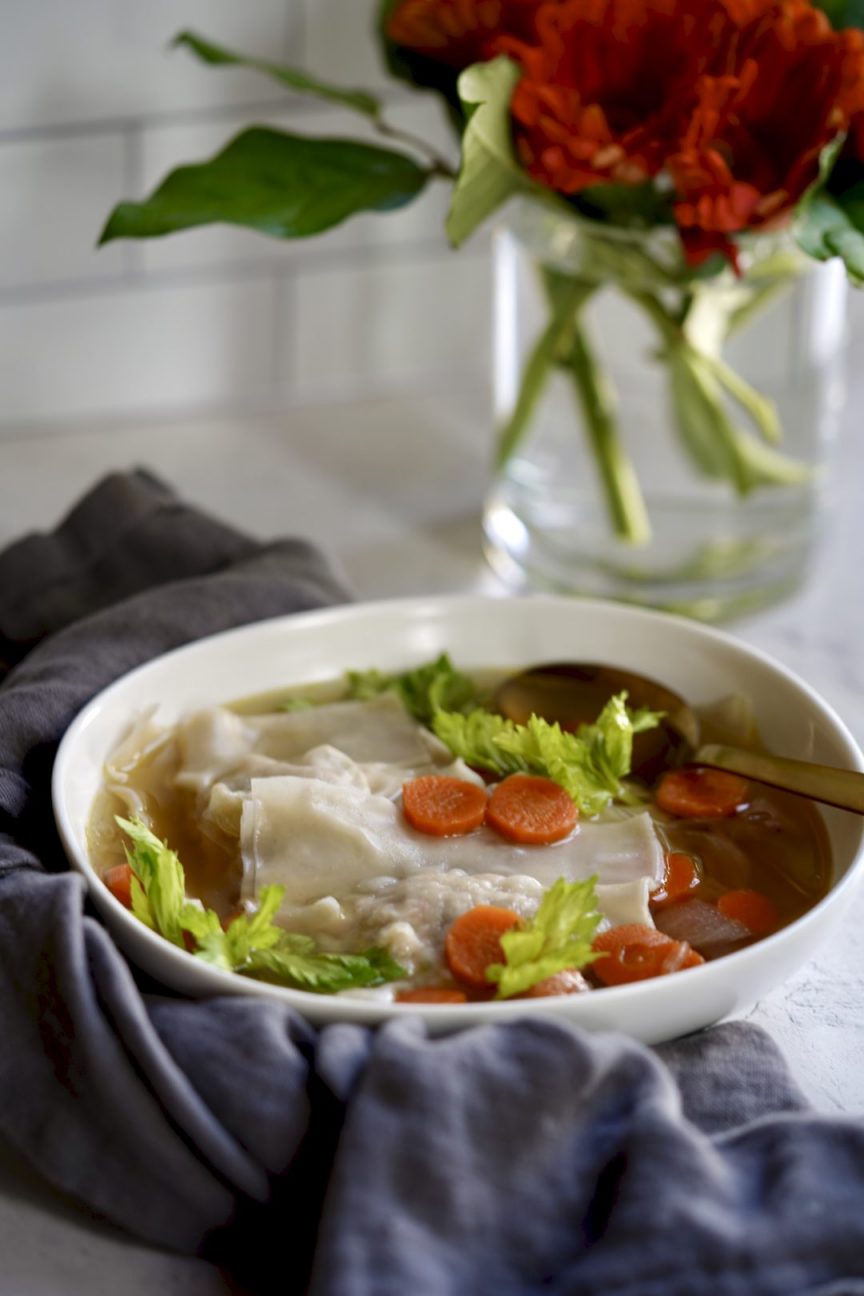 In the Jewish world, kreplach is often served on three different holidays: during the meal on the eve of the Day of Atonement (Yom Kippur); on seventh day of Sukkot, known as, Hoshana Rabbah; and on the holiday of Purim. In kreplach, the meat symbolizes severity and the dough represents an allusion to kindness. The belief is that in preparation for the Day of Judgment, we “cover” the severity with kindness. We are right now between the Yom Kippur and the Hoshana Rabbah holiday, so it seems like a nice time to share this special recipe. 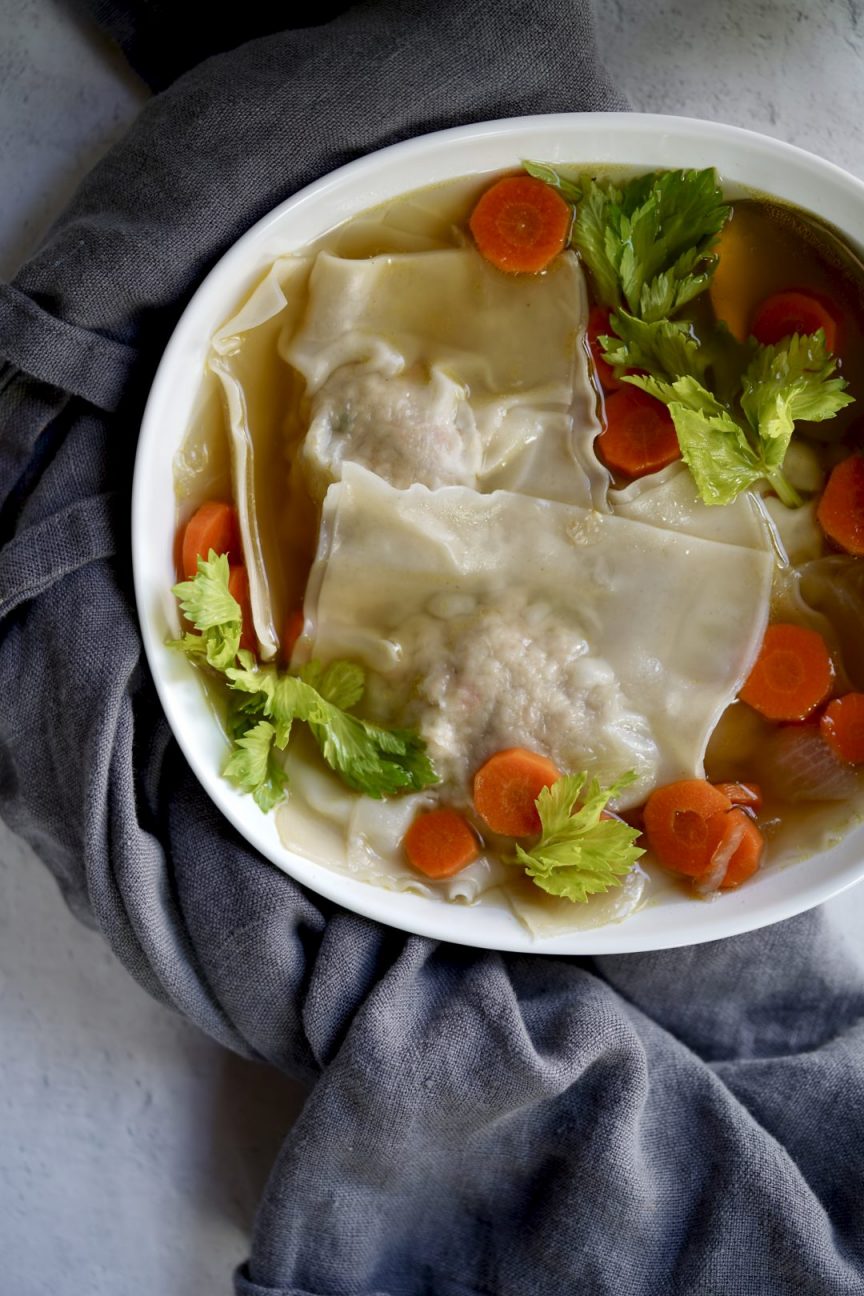 Many Jewish grandparents today grew up eating kreplach prepared by their own mothers and grandmothers. But few Jews actually make them anymore, and for good reason — kreplach are a lot of work, especially if you make the dough from scratch. I did not grow up Jewish and my husband’s parents and grandparents did not make kreplach. His connection to this traditional Jewish food actually came from close friends. I’ve tried making my own kreplach dough, but truthfully speaking, like a great Chinese dumpling wrapper, it’s complicated stuff. Getting that dough thin enough is a true endeavor. It’s doable, but it takes commitment. 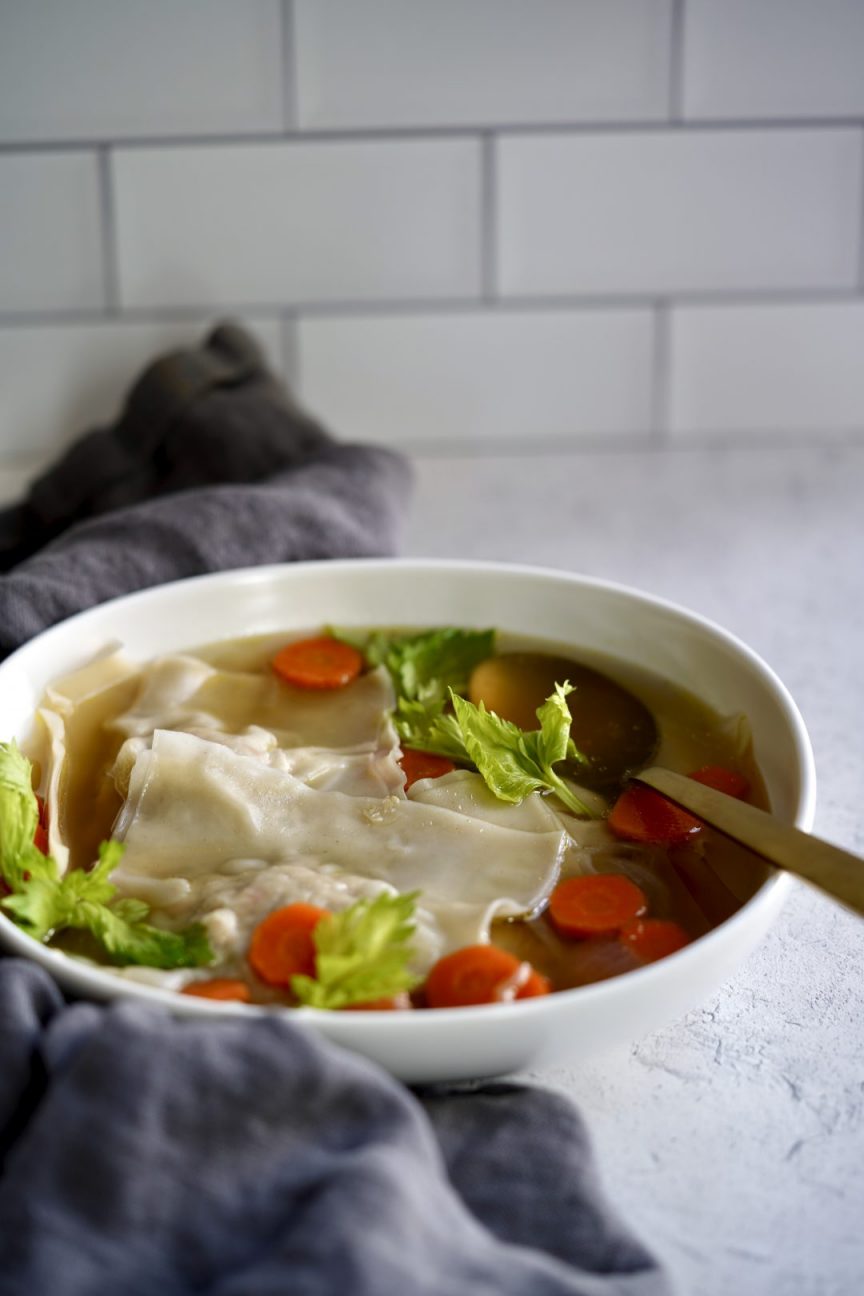 For my chicken kreplach recipe I borrowed the short cut my husband came up with when he made his crispy fried kreplach and used store-bought wonton wrappers. Totally brilliant. This is a shortcut I stand by. Not only do these wonton wrappers simplify making the kreplach, they are thin, hold together well and poach up perfectly in this flavorful golden broth. All the Jewish grandmothers may disapprove of this technique, but my modern kreplach, are solid and worth a try if you’re a kreplach lover, soup lover or perhaps both. 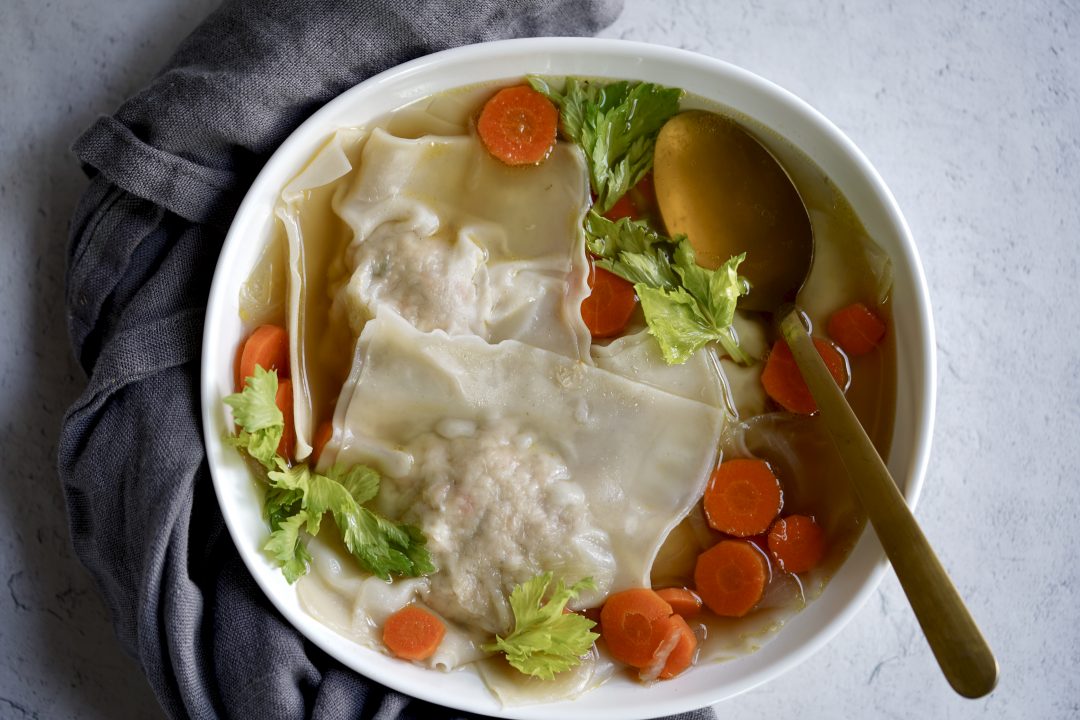