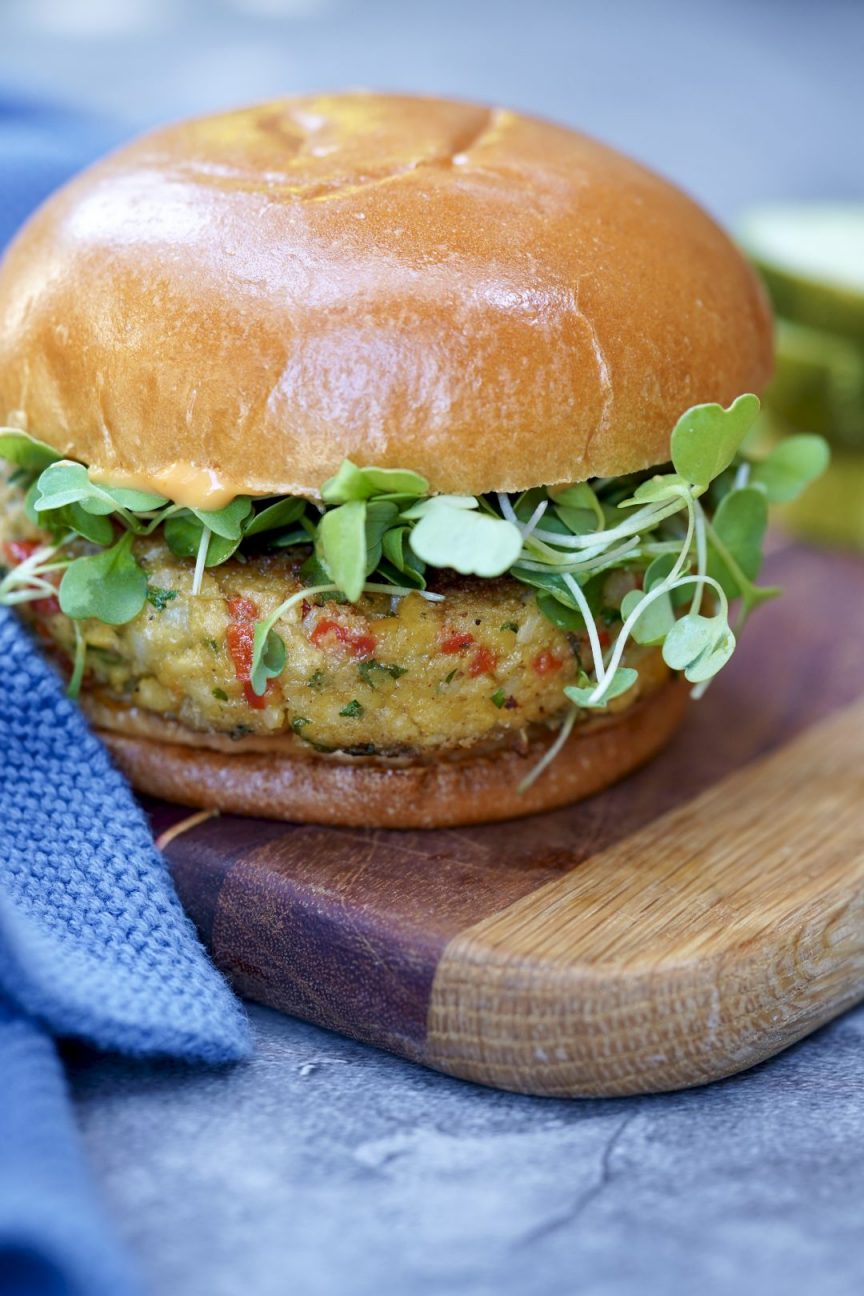 It’s no secret, I’ve blogged about my love for a great veggie burger before. But this time, it’s different. This is my chickpea veggie burger with sriracha mayo and it’s my new favorite. And although it sounds shocking, this meatless burger is actually great quick meal option. Meatless burger recipes are often labor intensive. But that’s because they are tying to create the texture of meat, something that is very tricky to do. This is not my angle here. My chickpea veggie burger is a healthy, flavorful, vegetarian alternative, that’s you can make quickly. All you really need to make it, is a food processor. 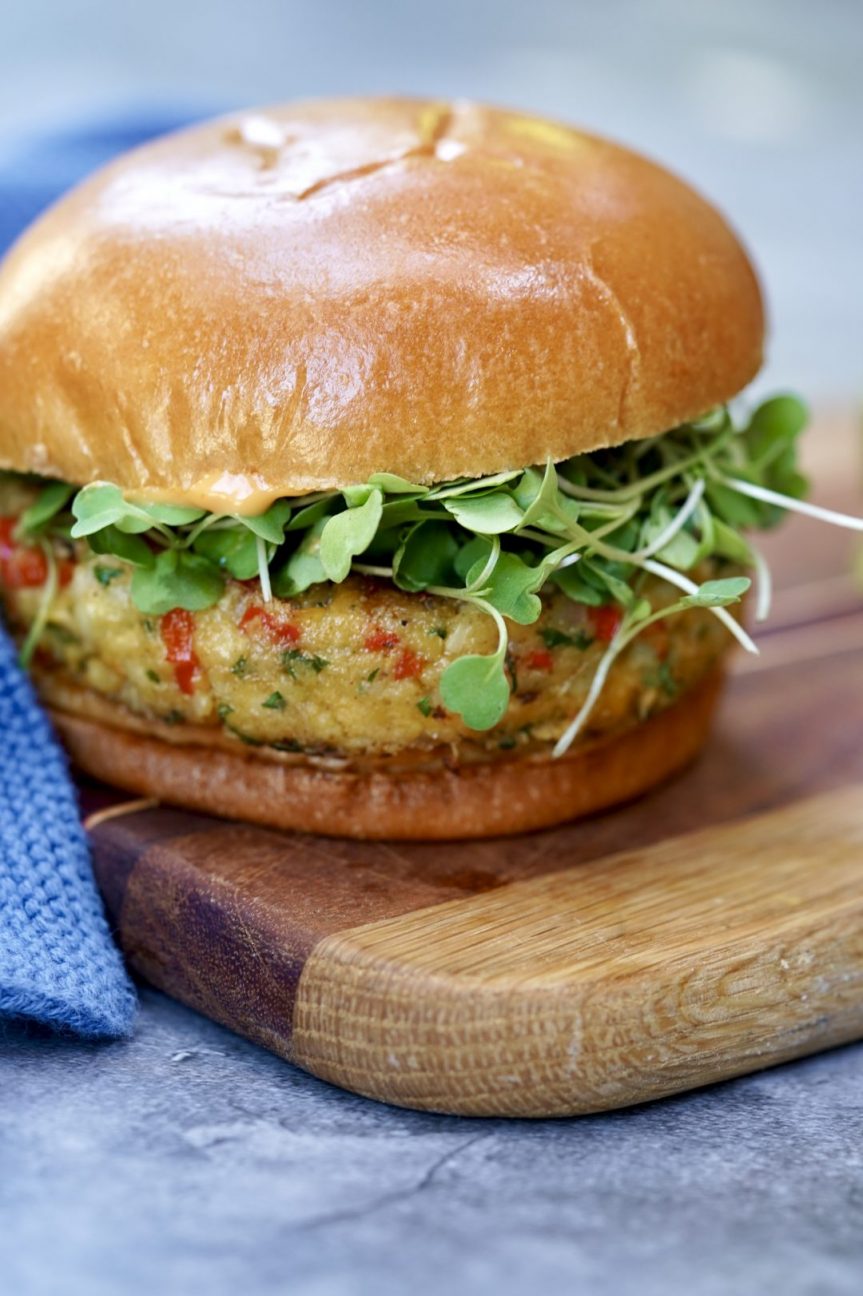 Gregory Sams remembers when he first came up with the idea of a an all vegetable “burger“. The London-based natural food restaurant owner called his product the “VegeBurger” when it first hit the market in 1982.  The word “Vege” or what Americans now know as “veggie,” was a relatively new thing in the 80’s and in-fact, it didn’t enter the lexicon until the late ’70s. The term “veggie burgers” was cited in the Camden (AR) News in 1976, but that actually referred to a hamburger with vegetables on top.

But before Sams began selling his product commercially, he and his brother had already been promoting a vegetarian diet in the United Kingdom. Although vegetarianism has a history that dates back to ancient Egypt, in the late ’60s a meat-less diet was uncommon in the UK.  In the United States, vegetarianism wasn’t considered trendy until about 1971 when Frances Moore Lappé’s bestseller Diet for a Small Planet was published. 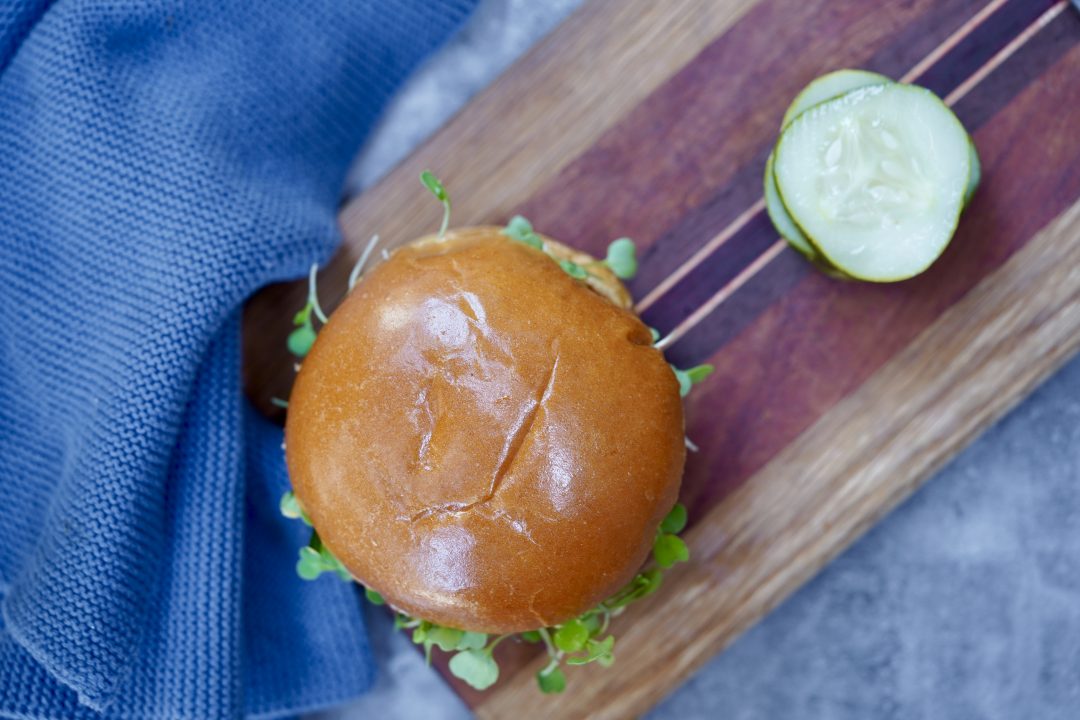 By the late ’60’s, Sams opened SEED, a macrobiotic restaurant in London. Its menu included rice, veggies, seaweed, unleavened bread, miso and some seed ingredients. Although this holistic approach to food is believed to have originated in Japan, macrobiotic restaurants, like SEED, it didn’t become popular in Europe until the latter half of the ’70s.

Sams invented his first meatless patty at SEED. That first veggie burger had a base of seitan and was flavored with tamari, aduki beans and oat flakes. Sam’s later VegeBurger actually got  created to save he and his brother’s company, The Harmony Food Brand. It took six months mixing different quantities of four main ingredients (wheat gluten, sesame, soy and oats) to create just the right texture. 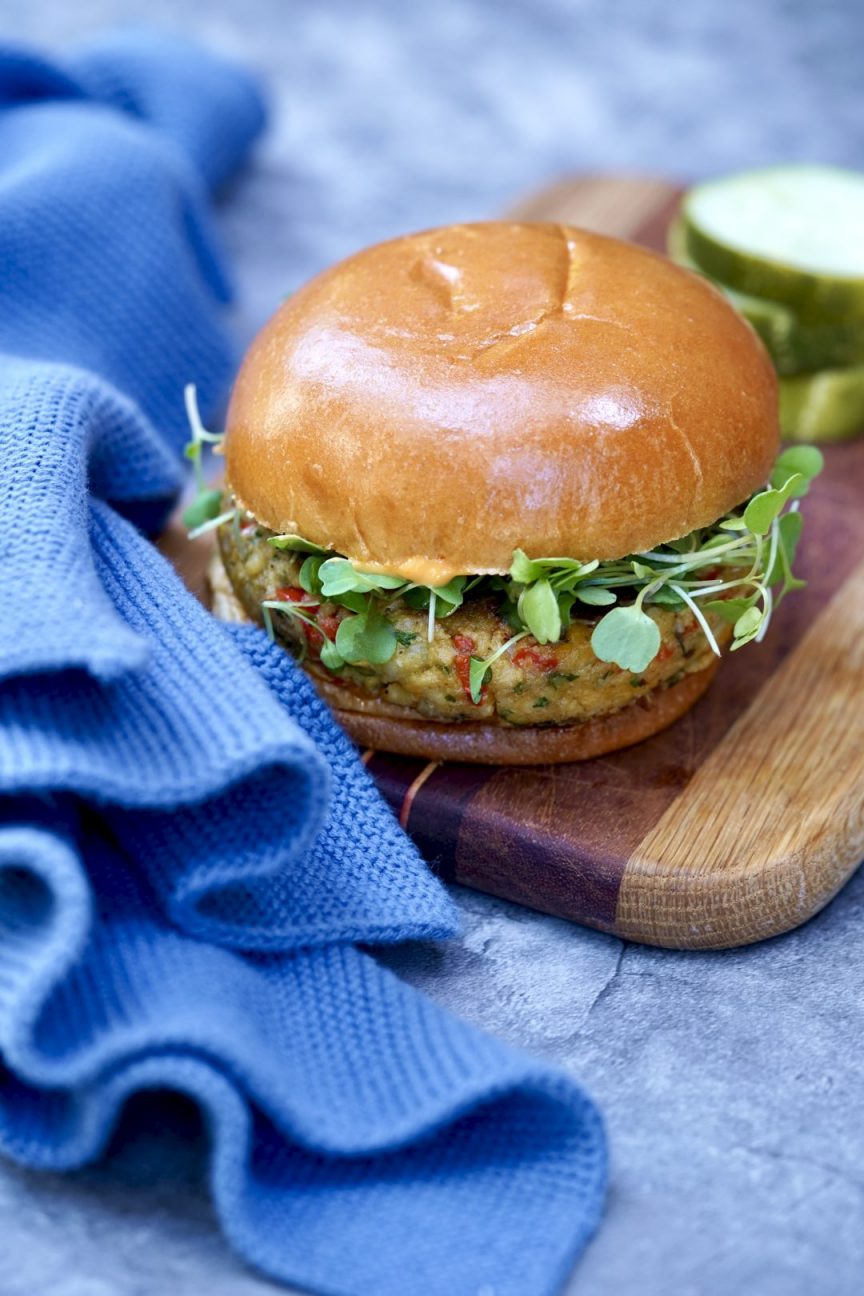 I’m not a vegetarian, (I tied it out at one point in college) but I make lots of vegetarian meals and love good meatless alternatives. So this burger was a fun project for me and my whole family seems happy. 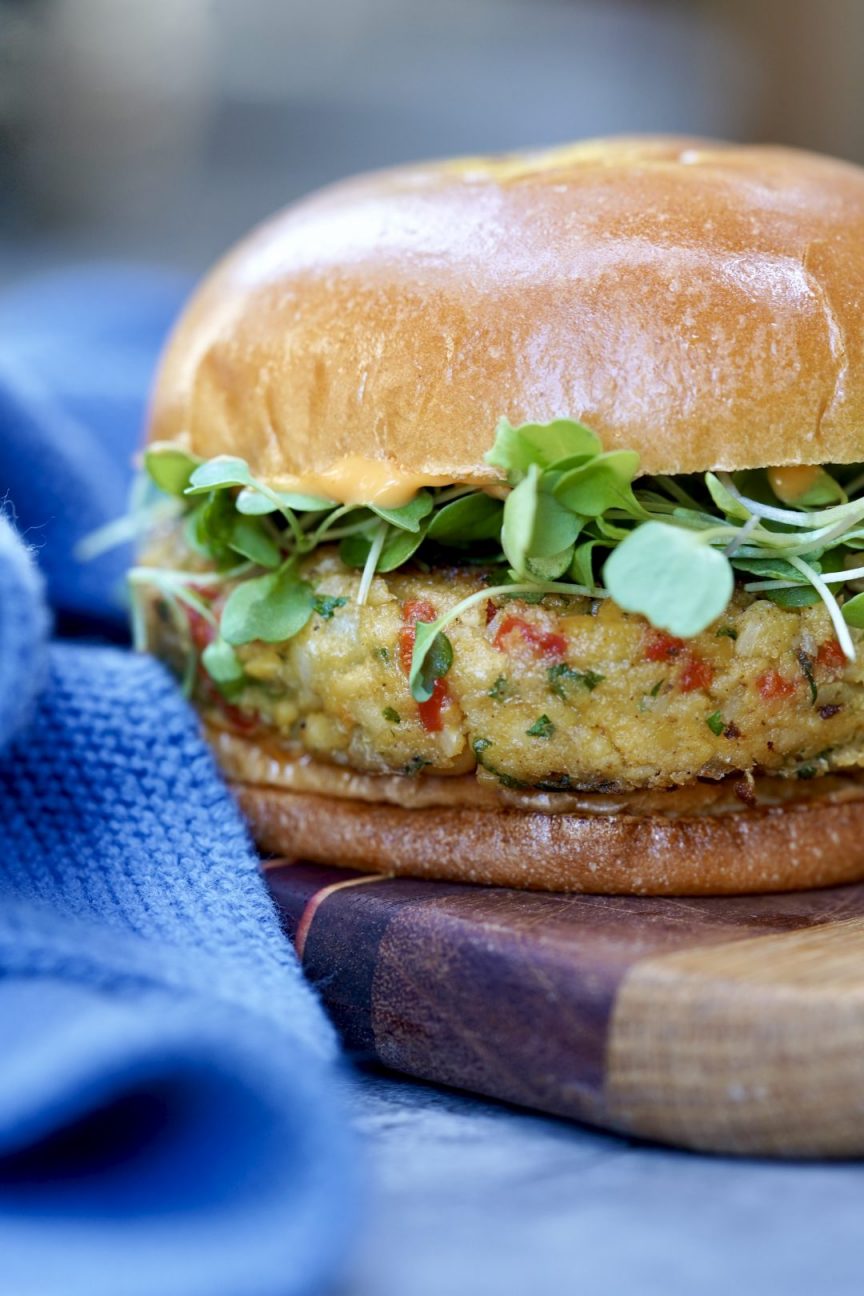