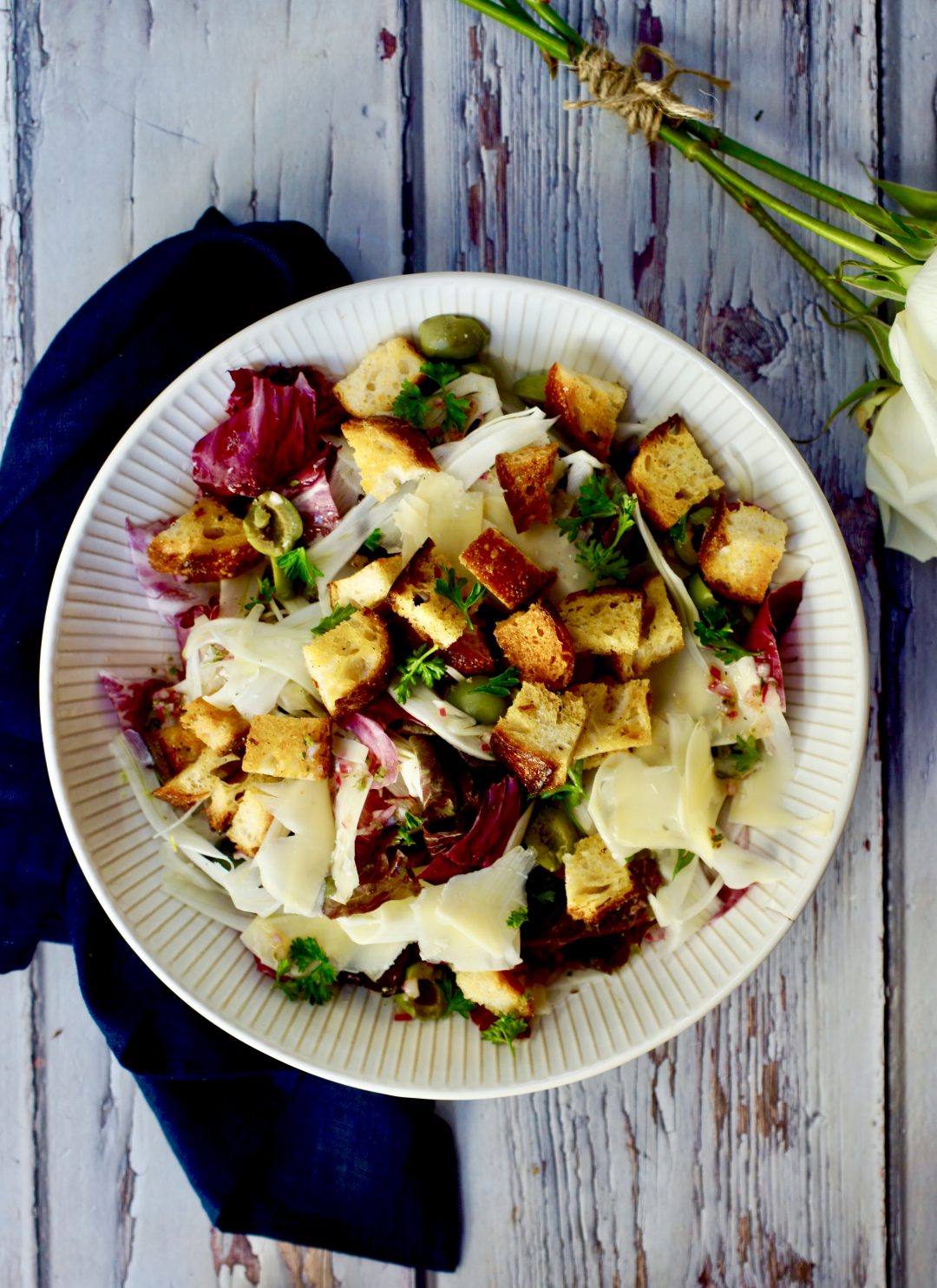 New favorite alert. This panzanella has got to be one of my all-time favorite new salads. And since it feels like Spring in Northern California  today, I just had to post about it. Packed with some of my all-time favorites; radicchio, fennel, olives, cheese and sourdough bread, this hardy, earthy salad goes together effortlessly in almost no time. For a weekday family dinners or big holidays gathering, this panzanella salad works every time. This is not my recipe, it’s from Bon Appetite Test Kitchen and it’s a keeper. I have lightly adapted this recipe, but the the original one can be seen here. 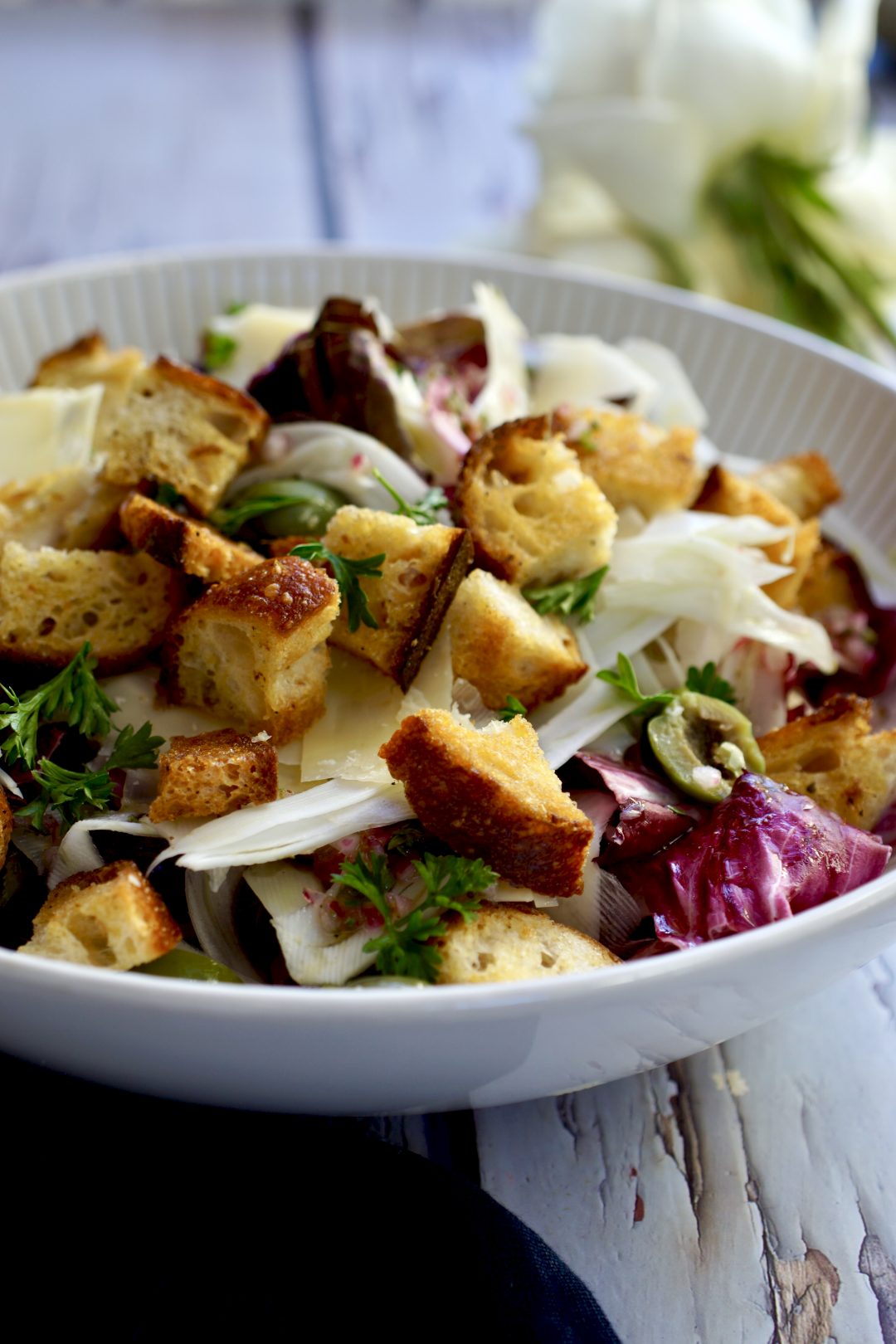 Health Benefits of Radicchio And Fennel

Radicchio is the bitter vegetable that is often overlooked or mistaken for lettuce or cabbage. But what most don’t realize is radicchio is actually a type of chicory so you sometimes see it referred to as “Italian chicory”  which is a predominant ingredient in Italian cooking. Radicchio is a perennial plant that’s grown commercially in Italy and as well as America, California being one of the largest growers. Alone, radicchio can sometimes be overwhelming, but in this panzanella said, it’s the star. Low in calories and fat but high in vitamin K which helps blood clot and contributes to bone and heart health so seriously, what’s not to love there.

Fennel is a perennial herb that belongs to the carrot family, like radicchio, this little tidbit surprises most. Native to the Mediterranean region, fennel has become widely naturalized in many parts of the world. Like radicchio, fennel is considered one of Italy’s most popular vegetables, California once again being largest US growers. Fennel is super high in dietary fiber, covering more than 25 percent of your daily value, as well as potassium, which is crucial in maintaining low blood pressure. It’s got vitamins A, C, B6. 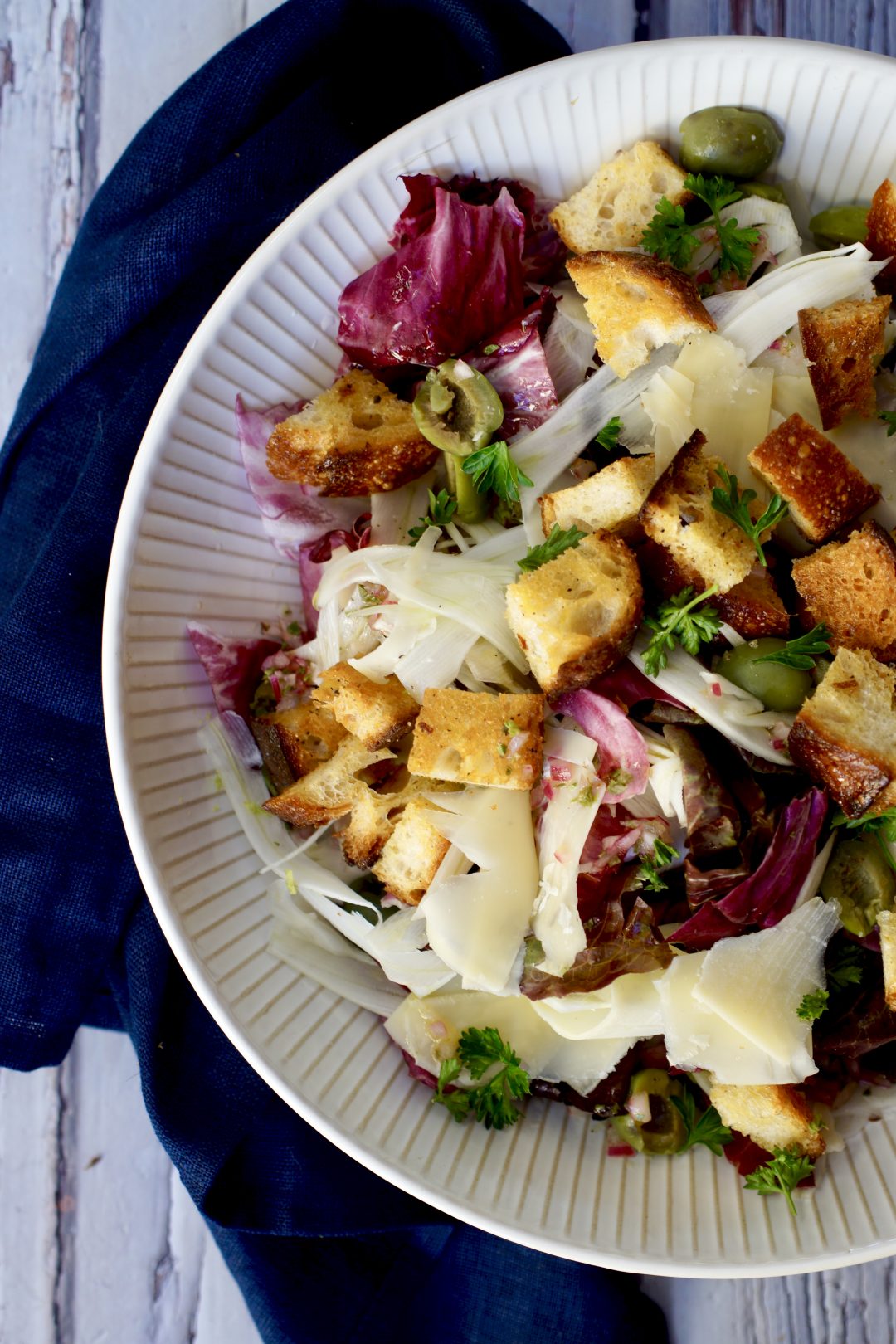 Fennel flavor can best be described as a spectrum that swings far and wide. Fennel can either have full-on anise (that black licorice flavor) or it can be mild and pleasantly earthy. But fennel, paired with radicchio is a whole different playing field creating balance and harmony in a salad bowl like you’ve never seen.

To clarify, this panzanella salad has clear health benefits, but also great flavor. Briny olives, ages cheese and crispy, baked sourdough croutons elevate this vegetarian side favorite to a repertoire regulars in my house. 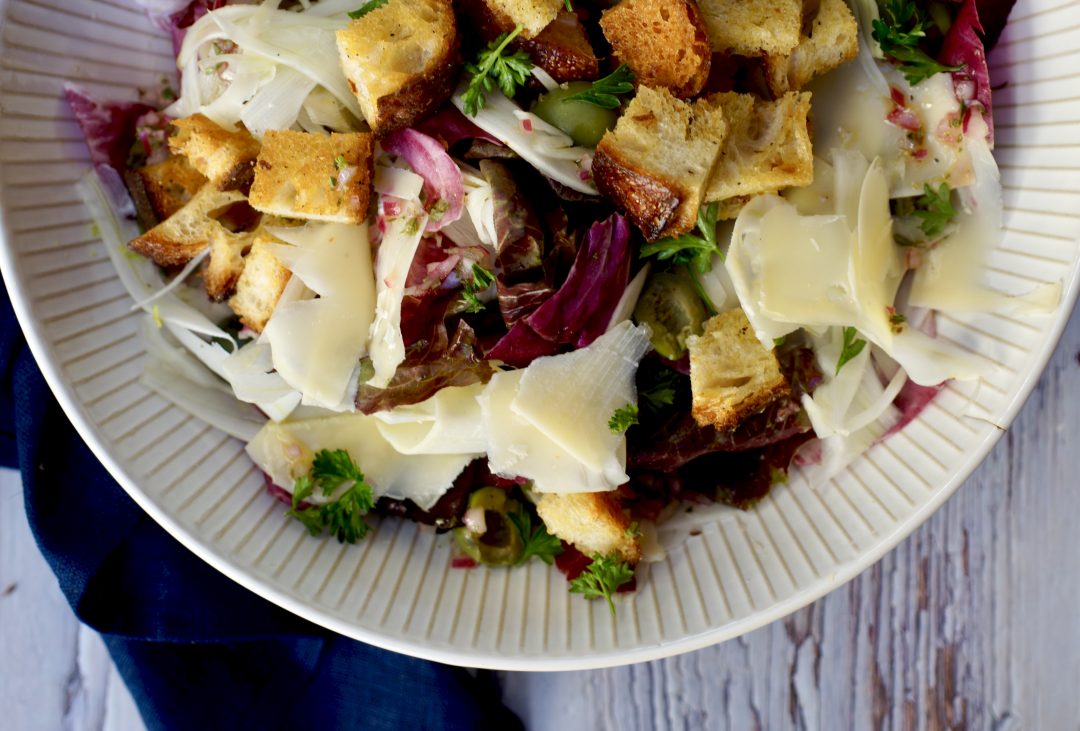