Perfect Potato Latkes That Are Not Just For Hanukkah 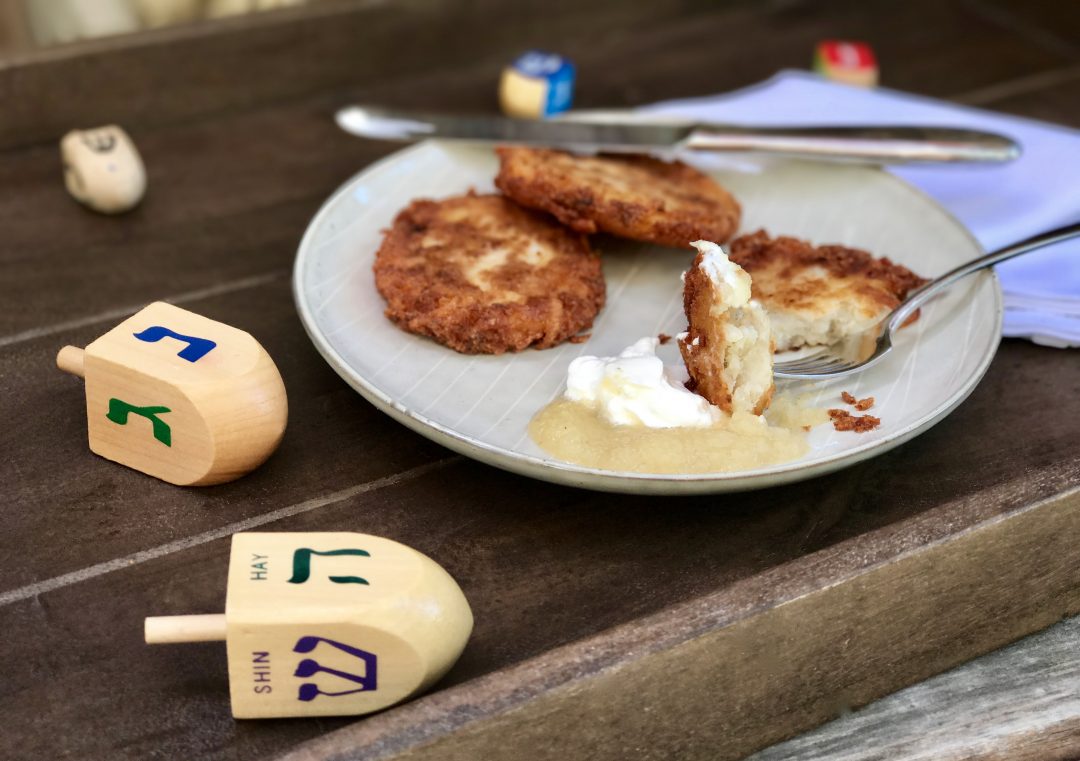 My older son is a potato addict.  I can’t blame him really, I was the same as a kid. Potatoes are delicious any way: baked, whipped, pureed, mashed, fried, or shredded.  Seriously, any way works for him.  I don’t eat them as much anymore, so when I do, they need to be worth it. Potato latkes are absolutely worth it.  To me, they are the ultimate Jewish comfort food and in my house, we make them all year-long.

So, why do Jews eat latkes (and donuts) fried in oil during Hanukkah?  Latkes and donuts are fried in oil as a way to pay homage (or celebrate) the miracle of the Festival of Lights.  Depending on what you read, there were a number of miracles relating to the rededication of the Holy Temple of Jerusalem in the 2nd century BCE.  One typically taught to children is that a single night’s supply of lamp oil provided light for eight nights.

Because it typically falls near Christmas, Hanukkah has received more attention than many of the other Jewish holidays.  But Hanukkah is actually considered a minor holiday on the Jewish calendar, and it was added to the Jewish calendar relatively late. 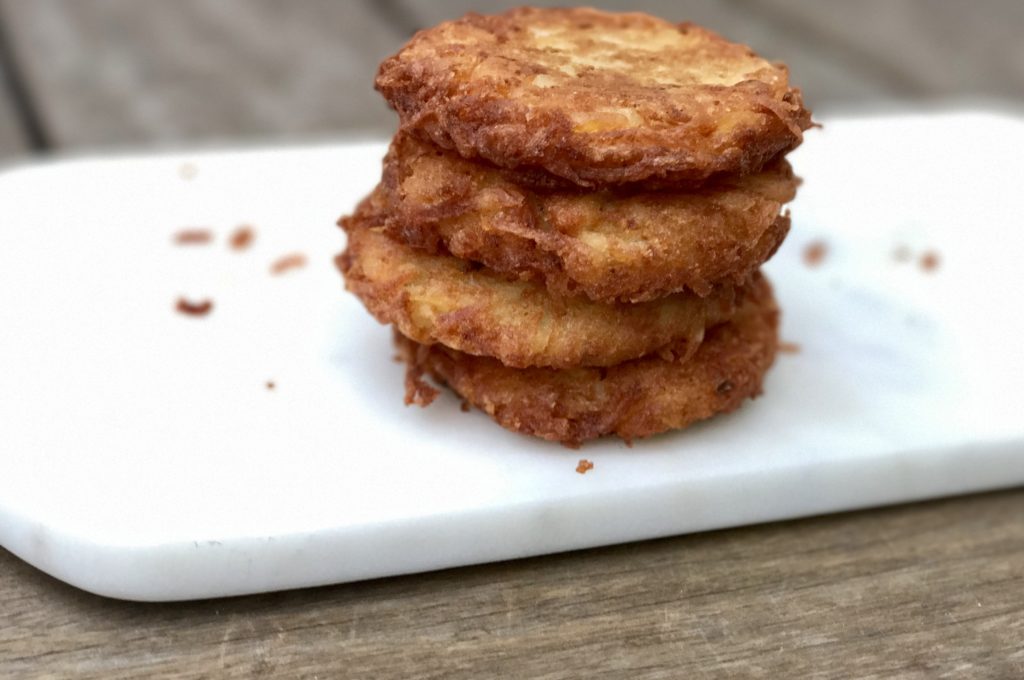 In addition to oil, latkes are all about potatoes.  The mix of partly shredded and partially blended potatoes in my recipe help the latkes stay together and fry up perfectly golden brown but moist in the middle.  This balance allows for you to make this recipe in advance and reheat in the oven without them drying out, which is ideal for large gatherings like one sees at a Hanukkah celebrations.  This recipe makes twelve latkes, and I say serves 4 people—that, however, does not work in my family.  I typically double or triple the batch because no one really wants to say “no” to having one more latke.

Latkes are incredibly versatile and not just for Hanukkah.  These tasty savory cakes work well as a side dish to almost anything you can think of.  Great for entertaining, cooked in advance and easily reheated in the oven to maintain their wonderful crispiness.  Serve with traditional apple sauce and sour cream or straight up, these latkes are absolutely delicious. 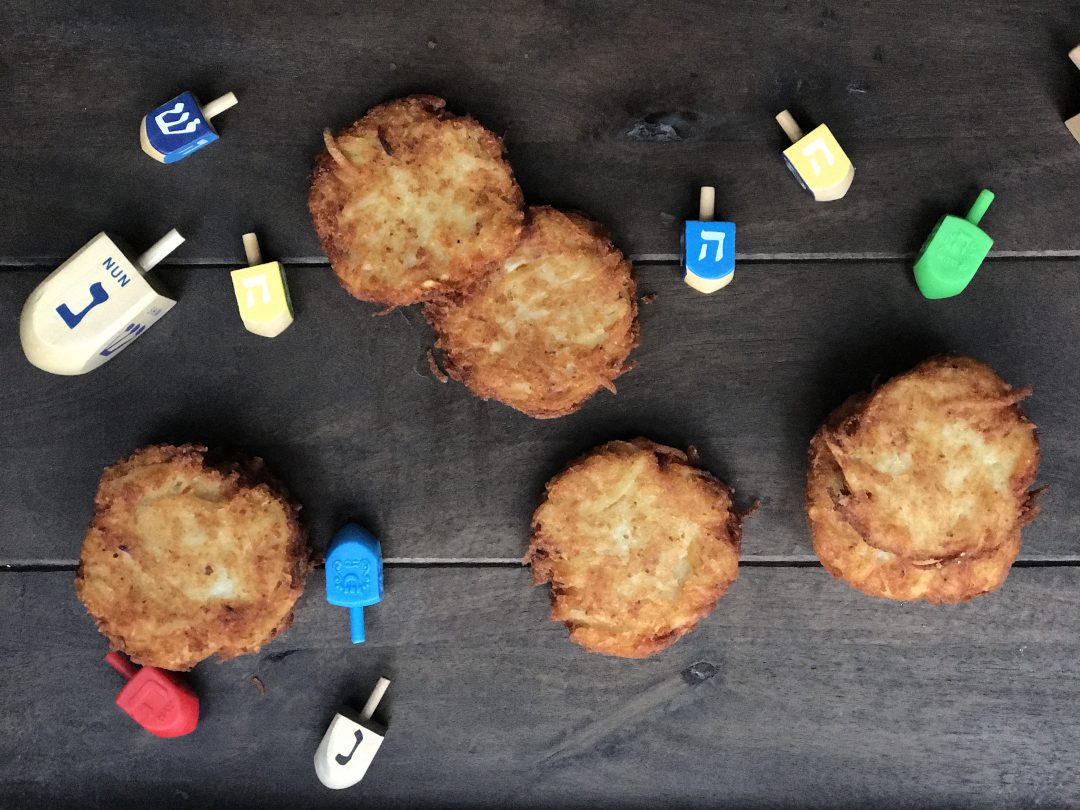 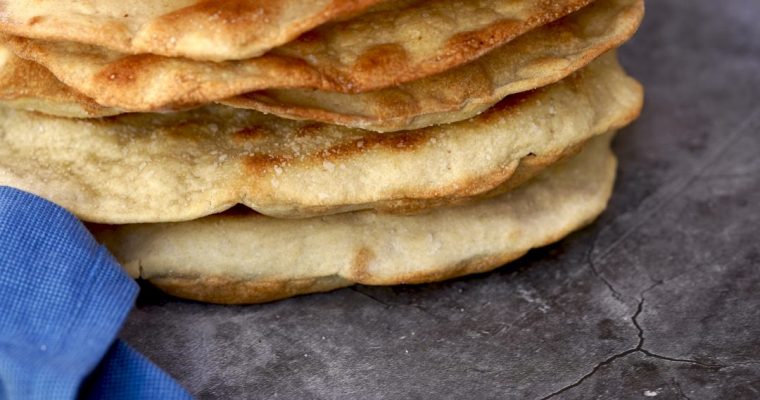 If you eat matzo during the eight days of Passover (or just want a fun cooking project with kids) try making this easy homemade matzo recipe, it is so good, you may never go back to the store bought-stuff. This recipe can be made will […] 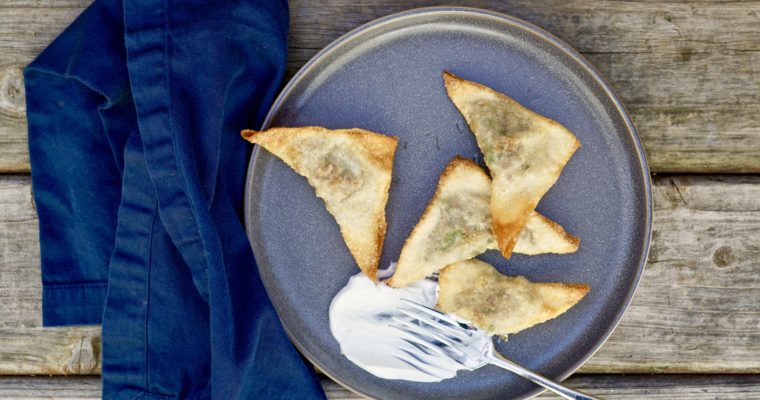 My husband is not a cook. He will however, if asked, make a dish or meal without hesitation and often rather enthusiastically. What typically happens is he returns from a trip to the grocery store with a vast assortment of condiments and pickled products and, […]