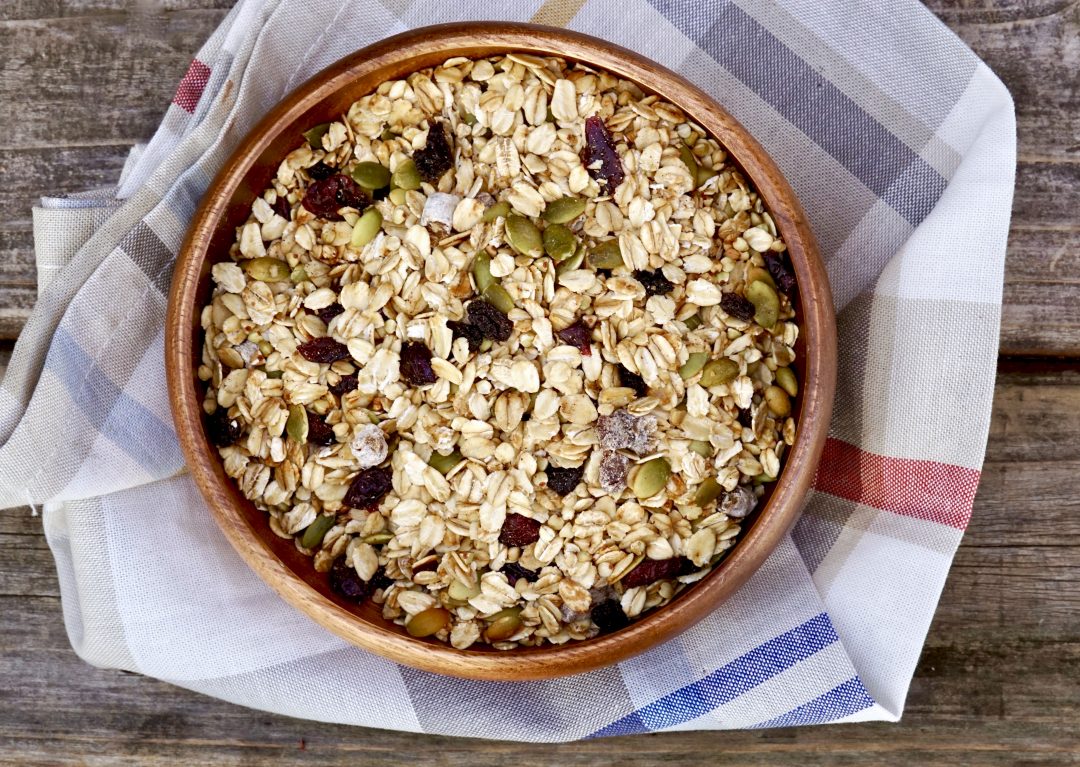 Muesli is a cereal I fell in love with when I traveled to Iceland a few years ago. Iceland is truly an amazing place and I enjoyed everything I did while traveling there. And I loved the special homemade foods. Nutty whole grain goodness was seen throughout Iceland in breads and cereals, with subtle yet distinct variations from place-to-place. Iceland, and muesli, are equally responsible for my discovery of skyr.  Now, I am completely addicted, to both , a combination which has become a great, healthy breakfast go-to for me.

The word “muesli”, is a variation of the word “mus” meaning porridge and suffix “li”.  The invention of muesli can actually be traced to the early 1900’s and is credited to a Swiss-German physician and nutritional pioneer named Dr. Maximillian Bircher-Benner.  His recipe, which he called “Bircher Muesli”, conceded of oat flakes, raw apples, condensed milk, nuts and lemon juice and according to Dr. Bircher-Benner, improved the health of many of his patients.

Dr. Bircher-Benner advocated that a nutritious diet consisting of whole grains, fruits and vegetables combined with exercise helped prevent disease-a controversial ideas as it conflicted with the general beliefs of the time. With the worlds current health crisis, I advocate doing whatever possible to maintain good health through diet and exercise, to the best of your ability, even in confinement. 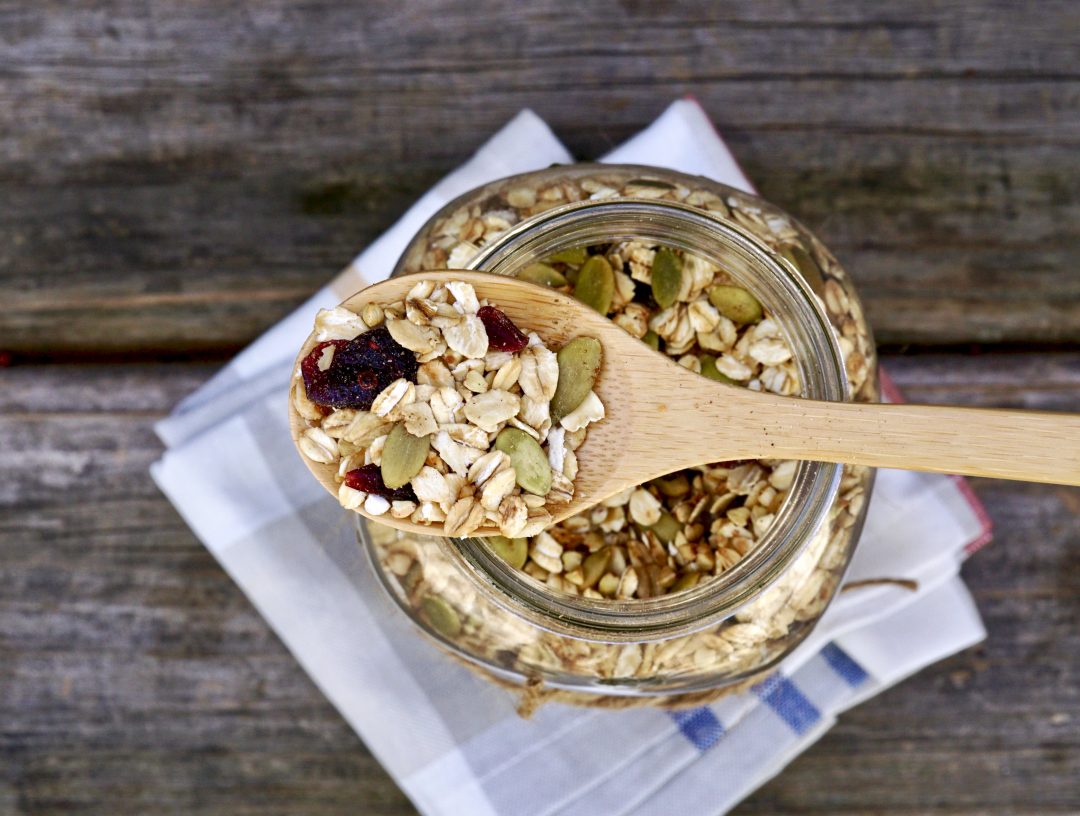 The first mass-produced muesli was in 1959 by a Swiss company called Somalon AG.  They used Dr. Bircher-Benner’s original recipe for this special formula appropriately titled “Bio-birchermuesli” which they claimed was “healthy food for the whole family”.  In 1970 the bio-birchermuesli recipe got adapted slightly, which included toasting the mixture as well as the addition of sugars and oils to meet the taste preferences of Americans. 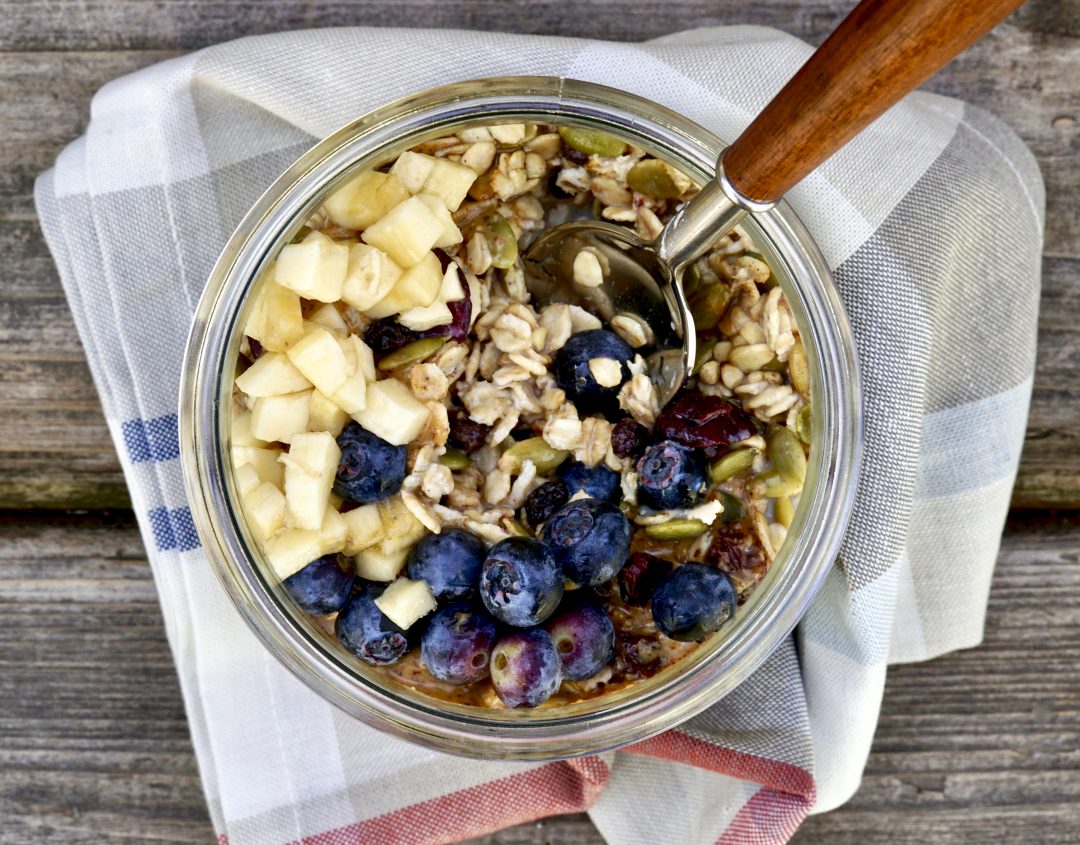 Bircher Muesli used rolled oats which I use as my muesli base, but I also add spelt for texture to help cut-down on the mush-factor.  The proportion of oats to fruit varies greatly in all muesli recipes, this is really about personal preference. Bircher Muesli used 1 tablespoon of oats plus two apples, that’s a bit too much fruit for me.  I like a combination of dried fruit in my muesli recipe and then when I use it to make overnight muesli (similar to my overnight oats), shown above. Adding additional fresh fruit when serving is a lovely way to balance texture and add natural sweetness. Another fun way to use muesli is for topping in fruit crisp, something I do often.

Similar to my homemade nut & fruit granola, this is a super simple recipe that is extremely adaptable to whatever you have in your pantry. Use my recipe below as a guide, but get creative incorporating different seeds, nuts or fruits you prefer or happen to have on hand. 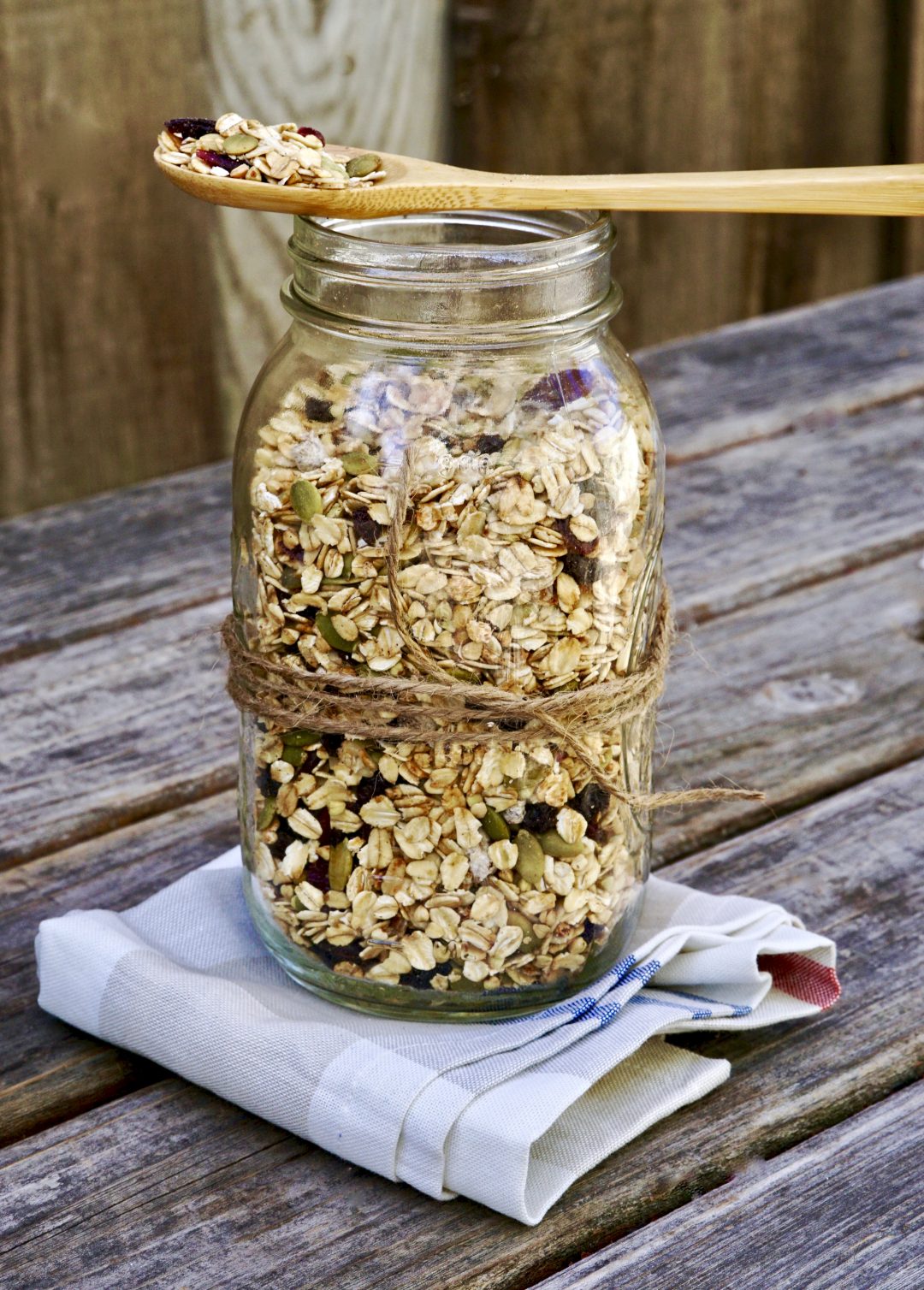