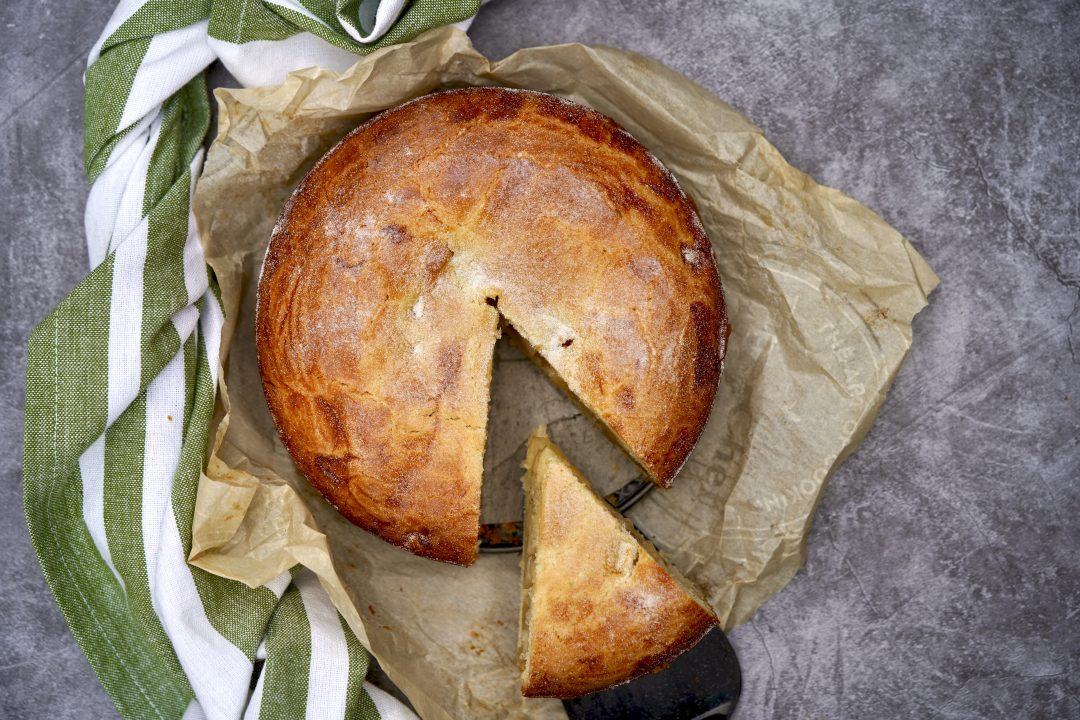 In the United States St. Patrick’s Day is typically a big deal. I happen to be part Irish, but I am astonished by how elaborate this holiday has become in the states. Instagram goes green weeks before and recipes from green burgers to green cinnamon buns with green frosting flood my feed as I recoil, yet am unable to look away. 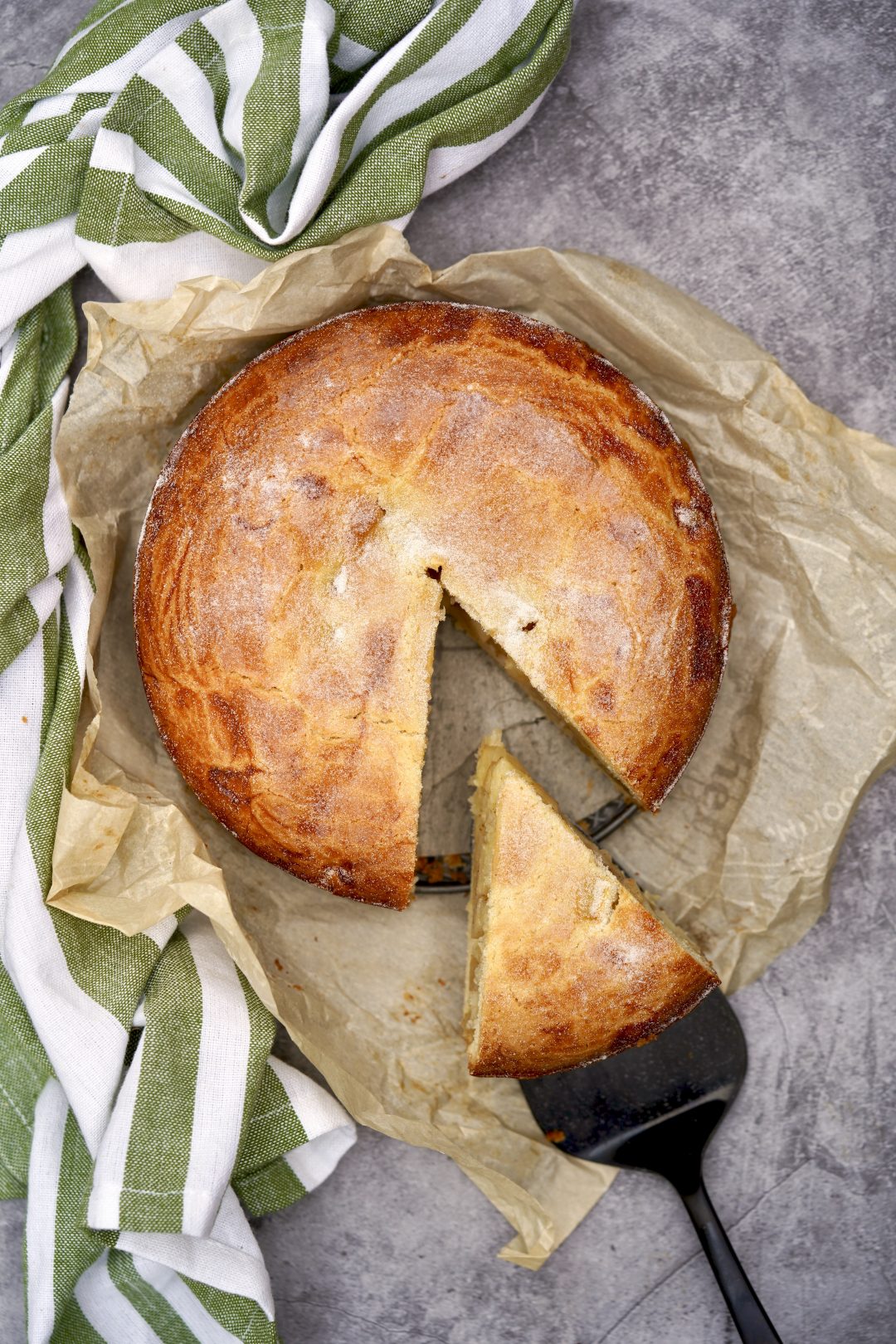 In the food world, restaurants and bars suddenly find their Irish roots and elaborate decorations cover the walls. Suburban areas favor lawn decor and giant blow-up leprechauns clinging pots of gold can commonly be seen in front yards. In Chicago, they color the river green. And amber colored beer is nearly impossible to find as mugs of the frothy green stuff is preferred. Sadly, this year will be very different. Because of COVID-19, most long-standing holiday celebrations world-wide have been canceled. Another sober reminder of our “new normal“. 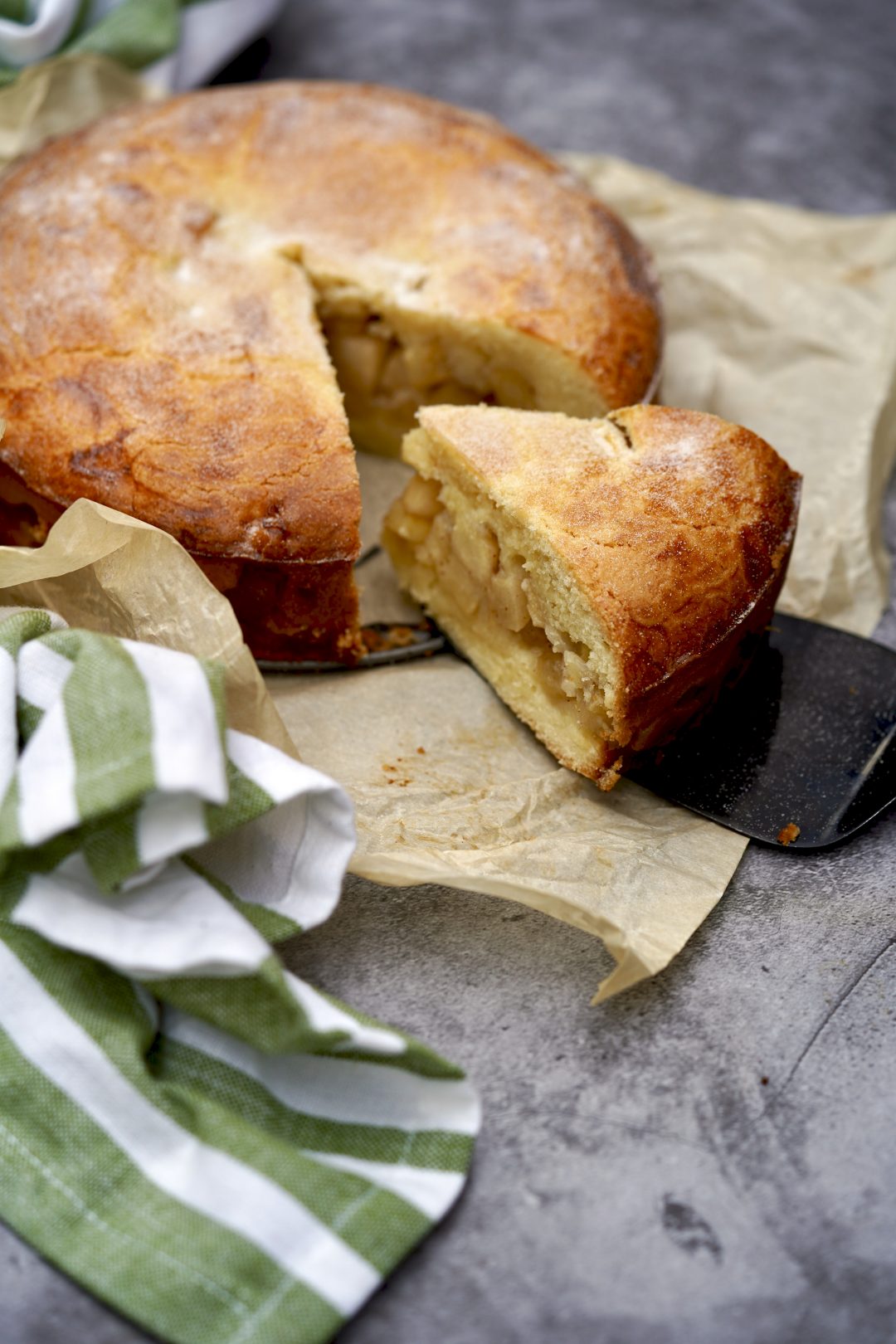 My way of honoring St. Patrick’s day has always been through enjoying traditional Irish foods, like corned beef, Irish soda bread and a my new favorite, Irish apple cake. This is by far one of the best Irish desserts I have recently discovered and one that reminds me of an apple pie my family fell in love with in Amsterdam. Irish apple cake is considered a traditional dessert in Ireland and one I have fallen hard for.

Best described as a cross between a cake and a pie, with a soft, moist, cakey texture and a crispier outer layer. Packed with apples, this cake is considered on the less sweet side, which is something I love. The diced apples hold their shape nicely in this recipe and retain some crunch with just a hint of spices so as not to take away from the tart apple flavor. 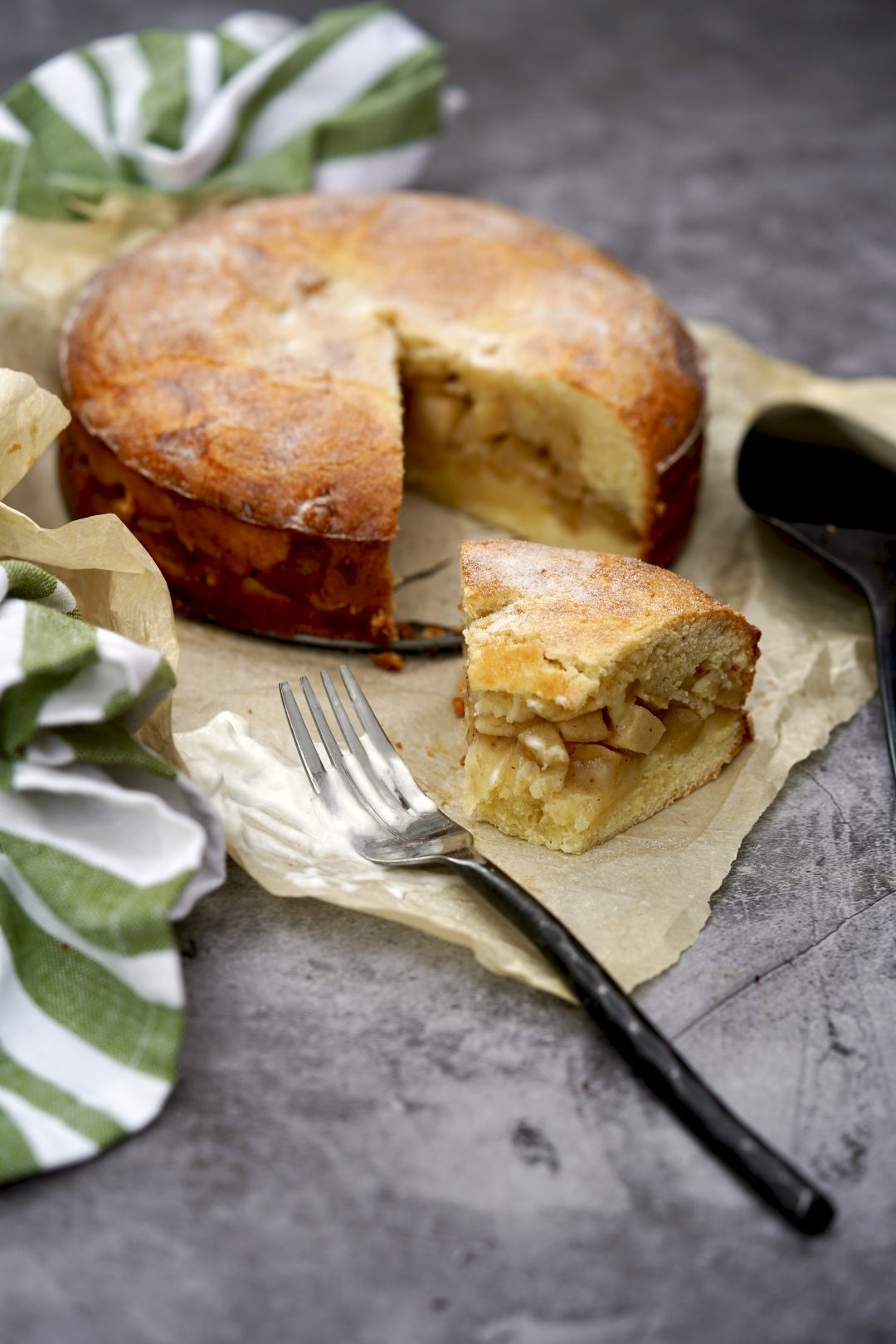 The Irish are known for their simple yet incredibly delicious recipes with staying power. There are dozens of ways to make a traditional Irish apple cake and lots of variance in texture and sweetness. Recipes and technique for making this St. Patrick’s Day favorite are often passed down from generations but in Irish household, typically everyone has one. Originally, these apple cakes were baked in a bastibleb or steamed in pots beside an open fire. And largely made from crab apples, of which are in abundant supply in Ireland. 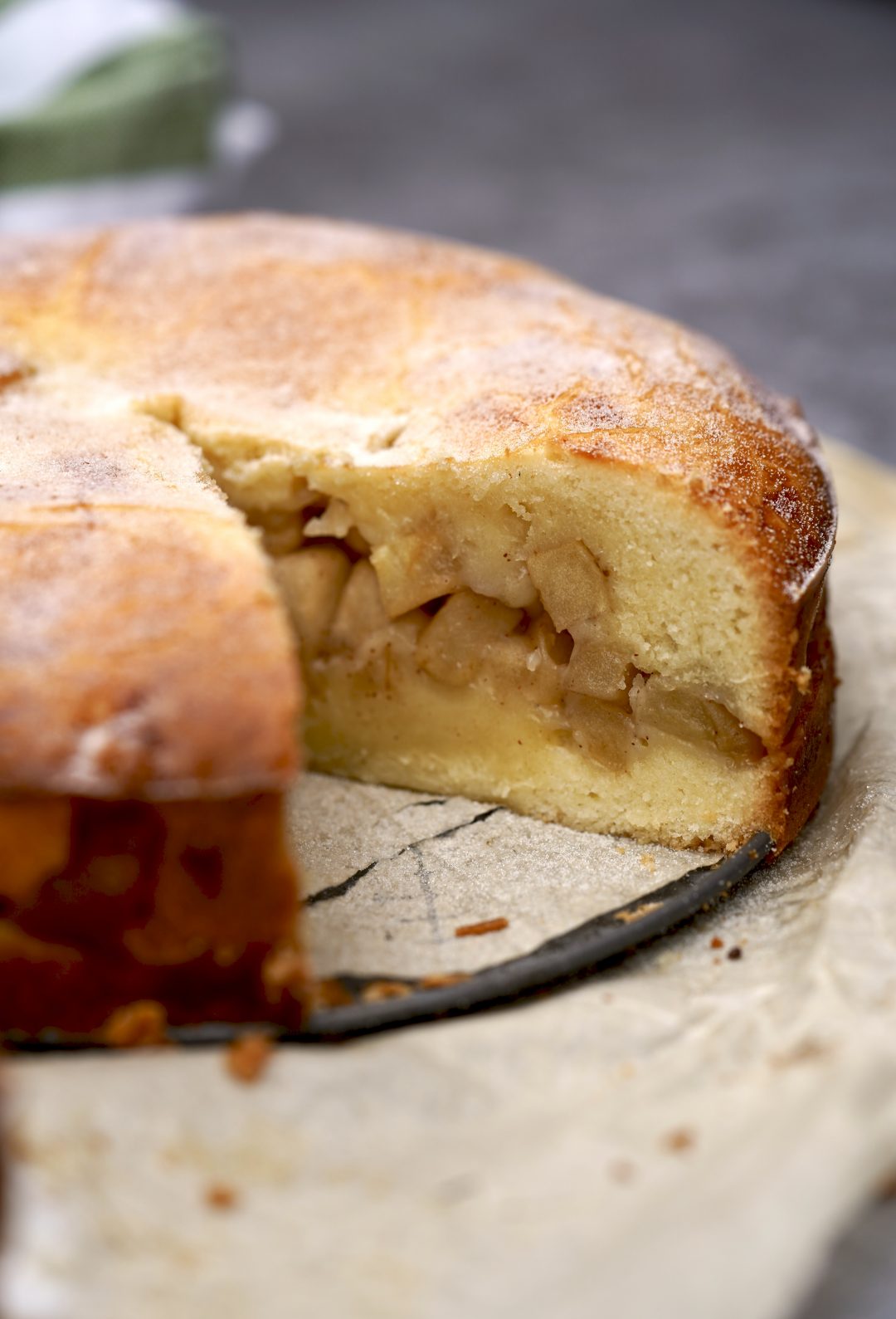 Apples, especially crab apples, play a large role in Irish and Celtic mythology. The legendary Avalon, where King Arthur was taken to recover from his wounds after fighting Mordred at the Battle of Camlann, is considered a sacred Isle of the apple trees. This lovely little cake makes for a fantastic dessert anytime of year, does not require too many ingredients and is an especially lovely way to honor the Irish, even from afar. 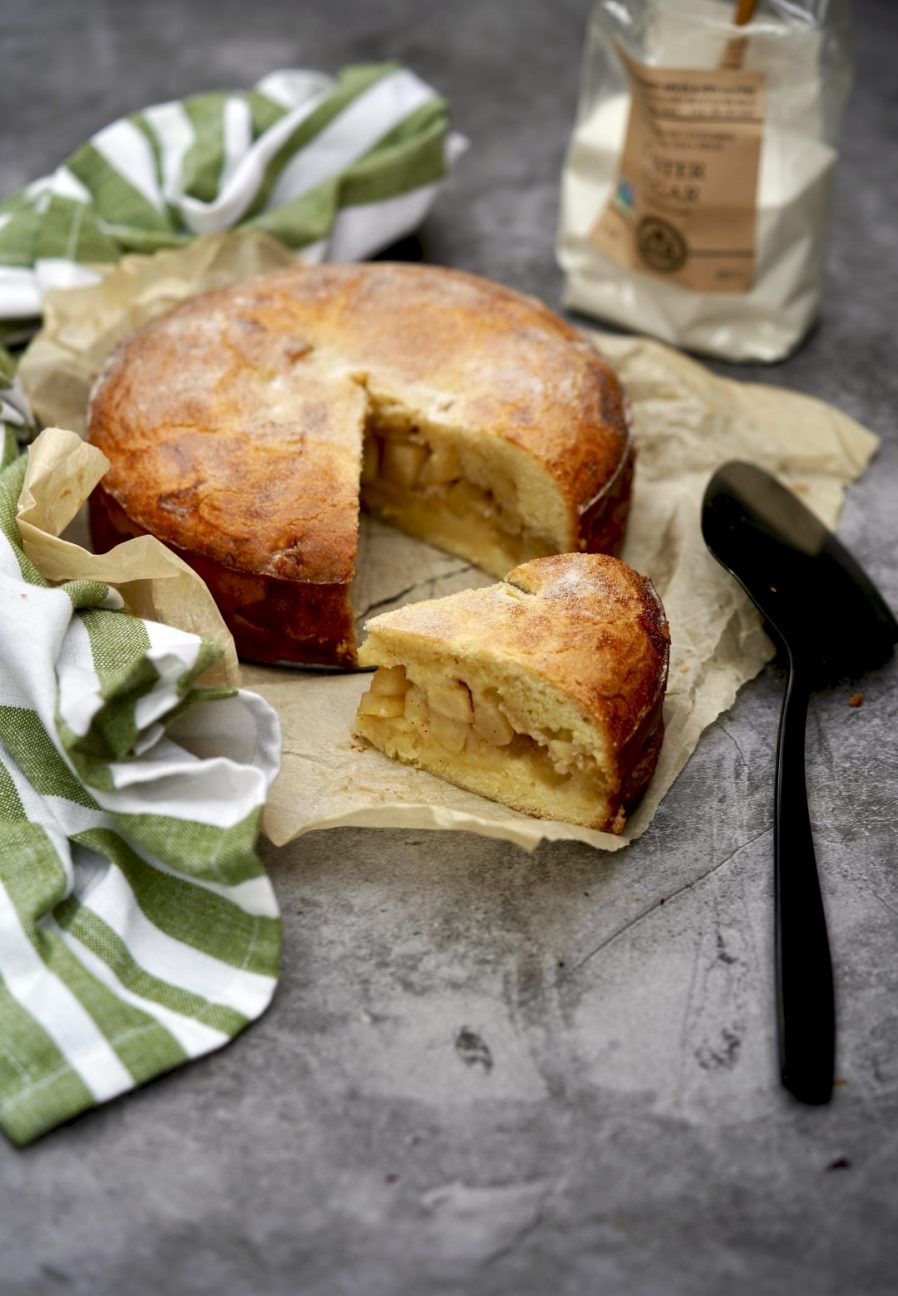