My Husband Prefers Pie For Breakfast 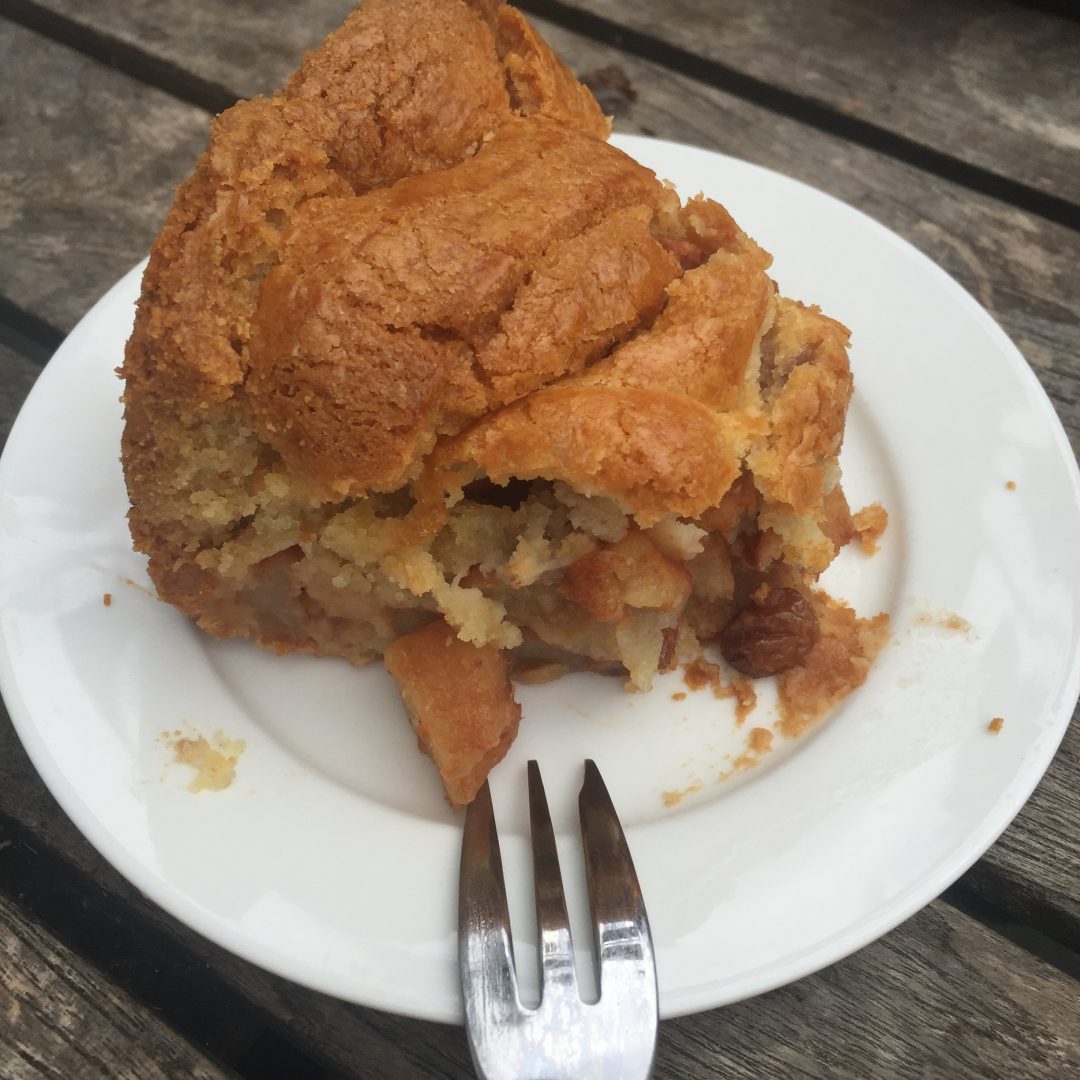 My husband is a big pie fan. Huge actually. His theory is: eat it in the morning for breakfast so you have the whole day to burn off the calorie bomb.  I find this particularly funny as my husband is 6”2 and on the slim side—weight, you could say, has never been his concern.  Lucky him.  My kids support his theory wholeheartedly.  Waffles with ice cream often appear on the breakfast menu when I’m away.  All three will push aside my protein-packed breakfasts to indulge in a slightly warmed piece of homemade apple pie with a generous dollop of whipped cream on the side.  This “sugar-bomb theory” can be applied to all sweets, but pie, including this Dutch apple pie, seems to be my husband’s kryptonite. 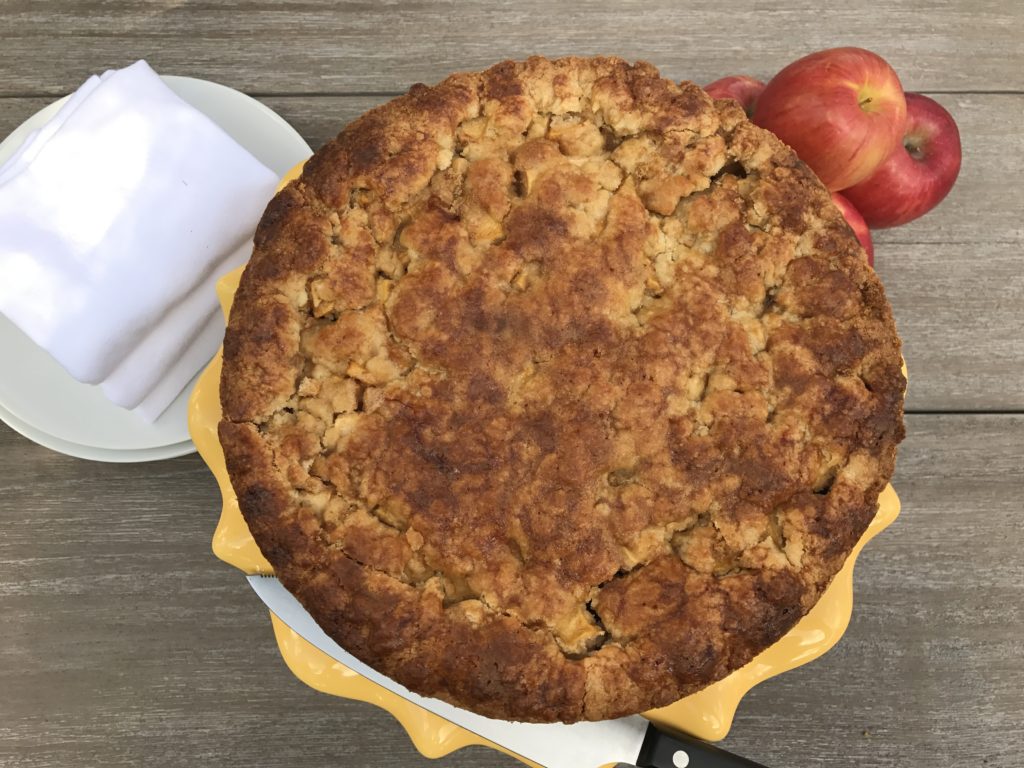 You’ve probably heard the saying “American as apple pie.”  Despite the saying, apple pie isn’t really all that American.  Apples are not actually even native to the United States; the English brought them to the American colonies.  At first, apple trees actually struggled to survive in the U.S. and did not begin to bear fruit properly until the introduction of the European honeybee around 1622.

Some say the first recorded recipe for apple pie was written in England around 1381, but it looked very different, containing apples along with other fruits such as pears, raisins, figs and saffron seasoning.  Sugar was too expensive and thus not used in older recipes.  Dutch apple pie recipes however, have been around for centuries and can be traced back to 1514.  French, Italian and German recipes can also be found well before the American colonies were established.  The first “American” apple pie recipe did not appear till the late 1700’s.

Like most Americans, I have tried hundreds of apple pies over the years.  I felt compelled to try to like them.  But they can be too mushy, too sweet, not sweet enough, have a bland crust, flavorless filling, too much cinnamon.  For me, there is always something to keep me from really enjoying a slice of apple pie.  After culinary school, I came to like the classic French apple tart.  Simple, delicate, not too sweet–this became my pie substitute.  It was close enough.

Everything changed for me when I traveled to Amsterdam in June 2016.  There I stumbled upon Café Winkle, a well-known cafe tucked away in the Jordaan neighborhood, and their amazing apple pie. 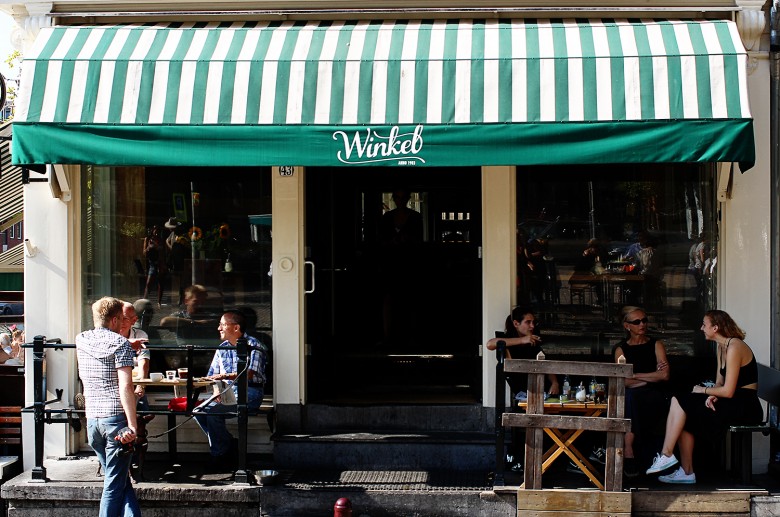 The Dutch call it “appeltaart”, but I refer to it Dutch apple pie  It is Holland’s magnificent national pastry, and it is truly amazing.  At first, I thought maybe it tasted so good because it was the first thing I ate after a long, 13-hour flight from San Francisco.  Maybe is was so good because it made my kids briefly stop complaining about how exhausted they were, despite sleeping more on the plane than my husband or I.  Maybe it was so good simply because we were on vacation.  But I was wrong, and I went back several days later before leaving Amsterdam and had it again, for breakfast, to confirm.  The deliciousness was confirmed.  It is like no other apple pie I had ever had.  It is, in fact, the “apple pie” I had been dreaming about my whole life.

In the Netherlands, the apple pie looks (and tastes) almost like a cake. It’s baked in a spring-form pan and the pastry is sweet with a French sablé-like texture.  The crust, instead of being rolled, is pressed into the bottom and the sides of the pan.  Firm and soft apples are used so that the pie keeps its shape and the apple pieces are still clearly visible when a piece is cut off.  The filling is flavored with raisins, spices, lemon juice and sometimes nuts and liqueur.  The top can be a lattice top or be a crumble-like.  It’s usually eaten cold or room temperature, and almost always served with fresh whipped cream on top.

Sadly, for me, Winkle does not give out their recipe, but I have come up with something I think is rather close.  Nothing can replicate being in Amsterdam, sitting at Winkle on that beautiful corner,near a canal, enjoying their national pastry.  Like a true French croissant, they are simply better when in France.  But for me, this is better than the normal American alternative. 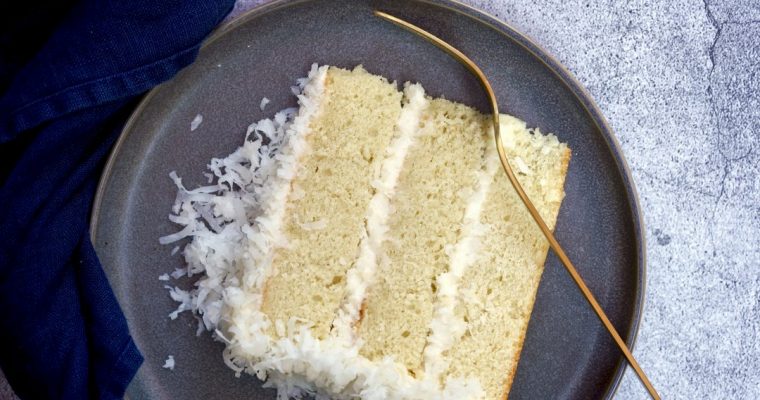