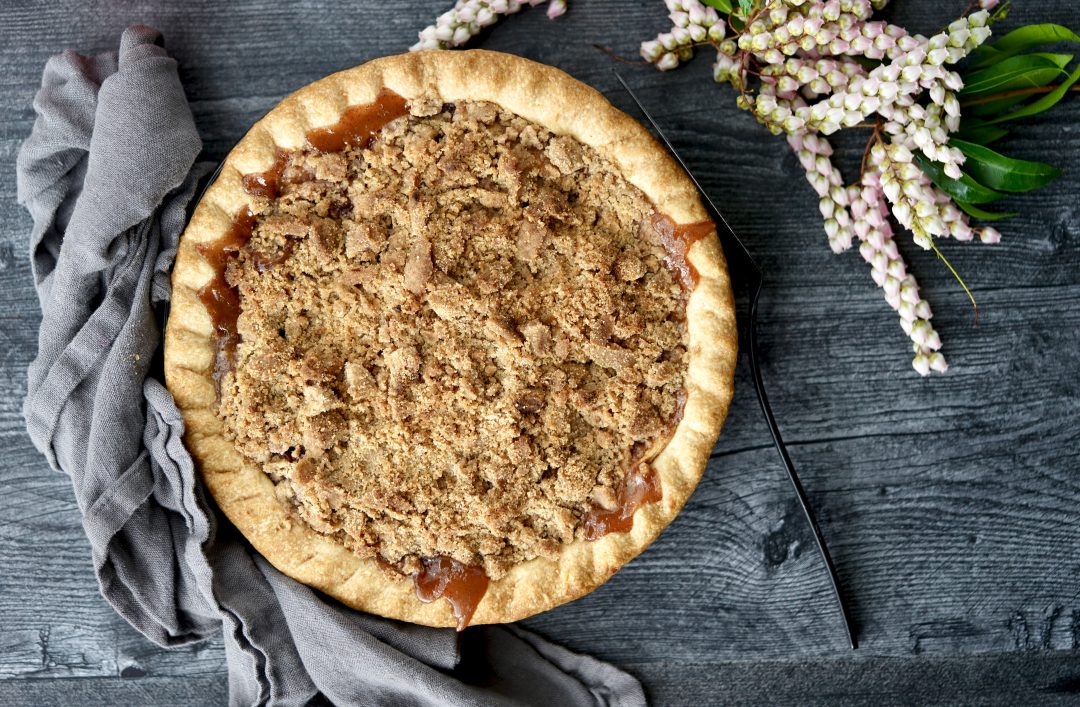 Let’s talk about pie. Most love it. I have learned to enjoy it. My husband can eat it anywhere, anytime. I’m just more select. I’m picky about the crust, the filling and the topping, so if I’m going to eat pie and really truly enjoy it, it better be worth it. This apple crumble pie is totally worth it. But I’ll confess, it’s taken me a while to perfect it. That may sound insane to you, but it’s true. While there are not all that many ingredients in this pie recipe, it is a delicate balance, and one I’ve worked hard to master.

Elements of A Perfect Pie:

For an apple pie, the most traditional of all pies, to be a prize-winning apple pie, there needs to be the perfect union; an exceptional crust with some fresh flavorful apples that contribute critical elements–acid, tannin, sugar, and flavor. Pie experts say, that a bad crust, even with the very best apples, makes only a fair pie. And a good crust, with merely fair apples, makes only a good pie. But, a good crust with great apples, makes a truly excellent and memorable pie. It’s important to remember that the flavor of the apples and the crust should be what dominates the pie–not spices or excessive sugar. Like so many things in baking and cooking, it’s all about balance.

When the average American lists his or her favorite desserts, they tend to include ice cream, cake, cookies and, you guessed it, pie. According to the American Pie Council, approximately $700 million dollars (about 186 million pies) are sold in grocery stores every year. Keep in mind, this number does not even include restaurants, food service or price clubs like Costco–only grocery stores. If you lined up the number of pies sold at U.S. grocery stores in just one year, they would circle the globe and then some. 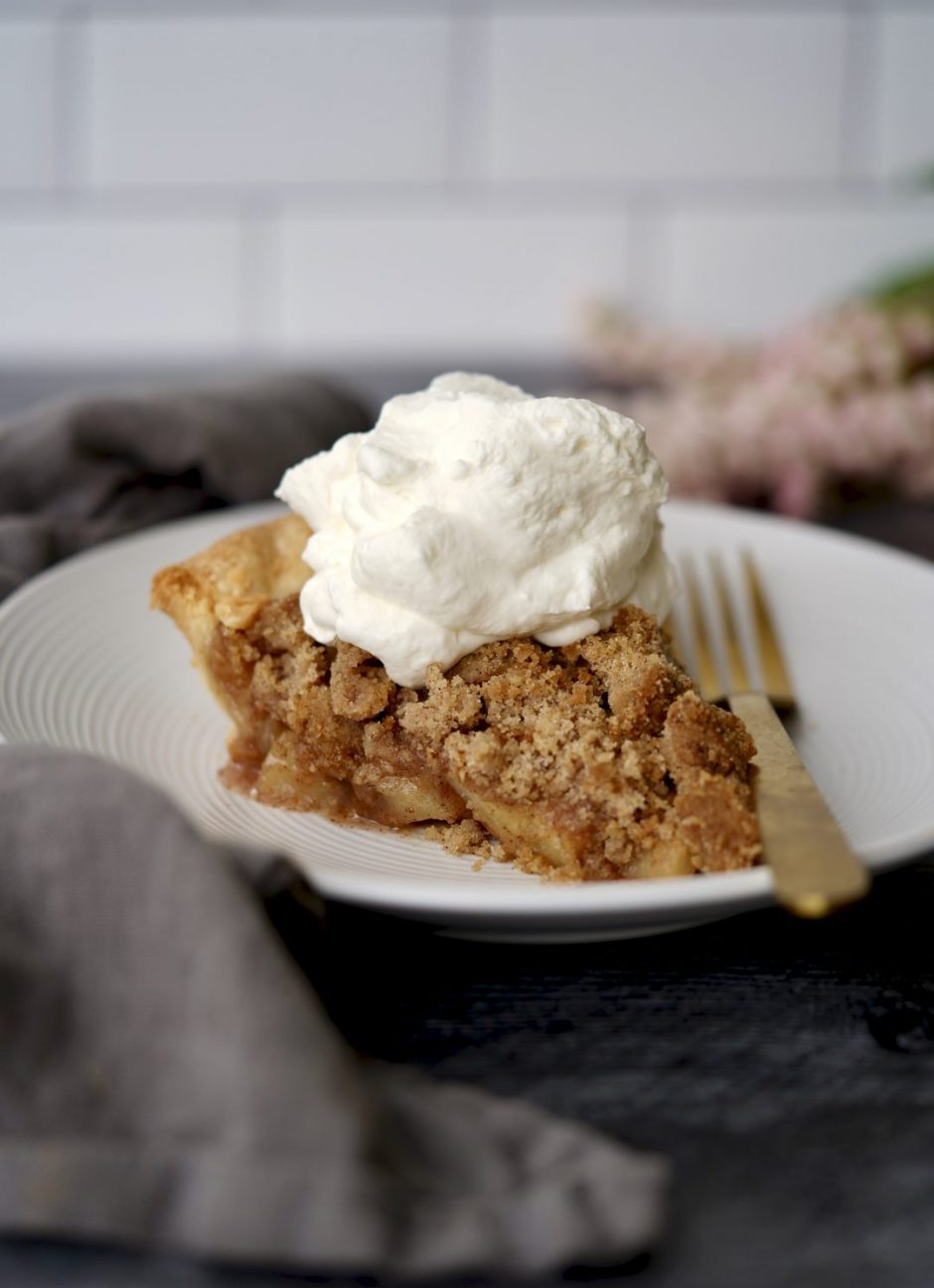 The History of Apple Pie:

The concept of pie was brought to England by the Romans. The Romans were known for making meat-filled pies with hard crusts made form flour and water. Although the English made apple and other types of fruit pies for several hundred years, their pies did not resemble what Americans call, classic apple pie. The pilgrims are credited for bringing the pie-making tradition with them to America, where fruit pies quickly became popular. Yet pre-Revolutionary pies were still made without sugar and and the crusts were said to still be unsavory.

Traditional American apple pie, with a flaky, buttery, crust, is actually the result of a mix of recipes brought by immigrants from England, Sweden and the Netherlands. Slowly, over time, the recipe evolved to include sugar, and at times, lemon juice and spices. Our modern recipe for apple pie is really a blending of different cultures.

John Chapman, a pioneer born in Massachusetts in 1774, if credited for spreading apple trees throughout the newly independent America. He earned his nickname, “Johnny Appleseed“, by introducing apple trees and apple nurseries in several states, including; Ohio, Illinois, Indiana, and Pennsylvania. At the time of Appleseeds death in 1847, he left behind a nursery in Indiana with 15,000+ apple trees. It’s impossible to know the true impact Johnny Appleseed had on America’s love of apple pie, but he clearly played an important role in giving post-Revolutionary Americans access to apples. 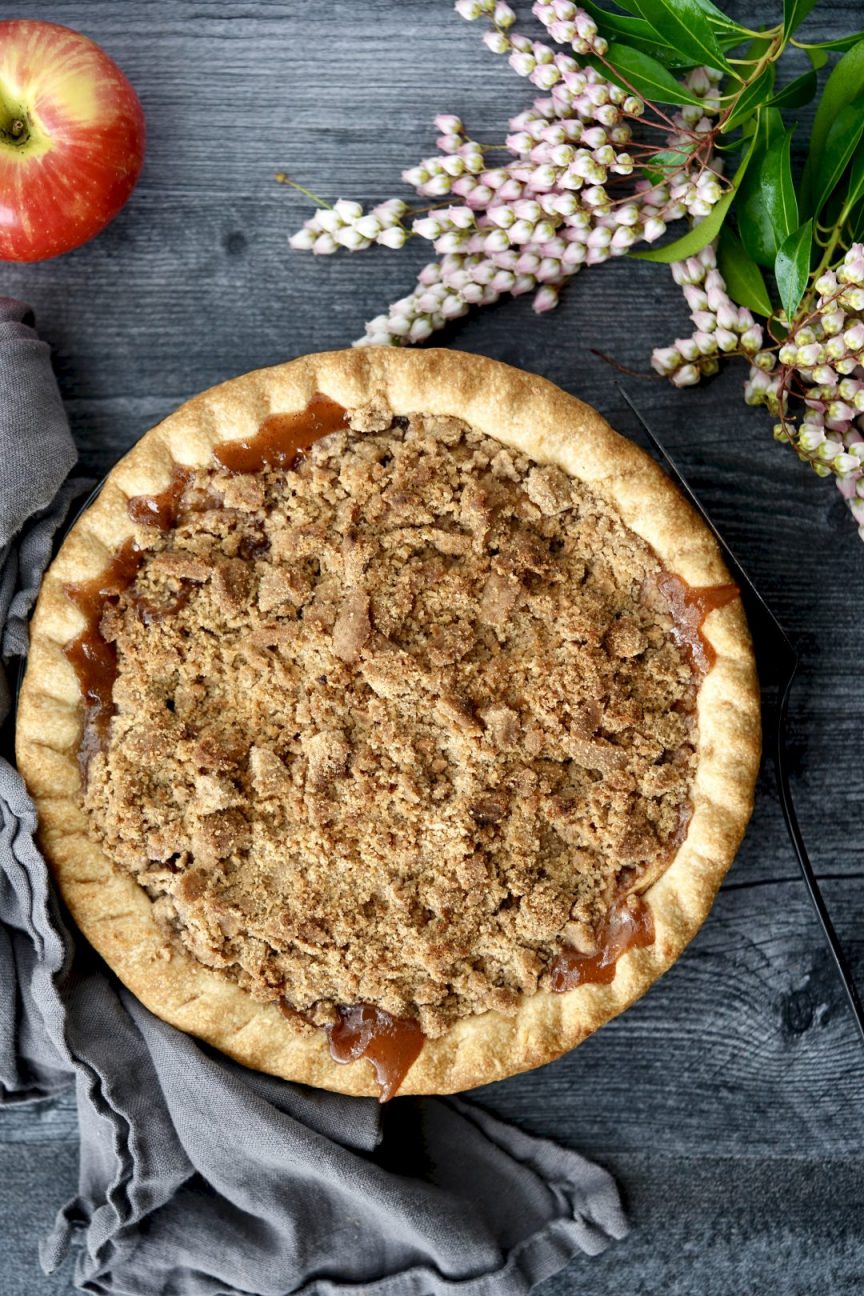 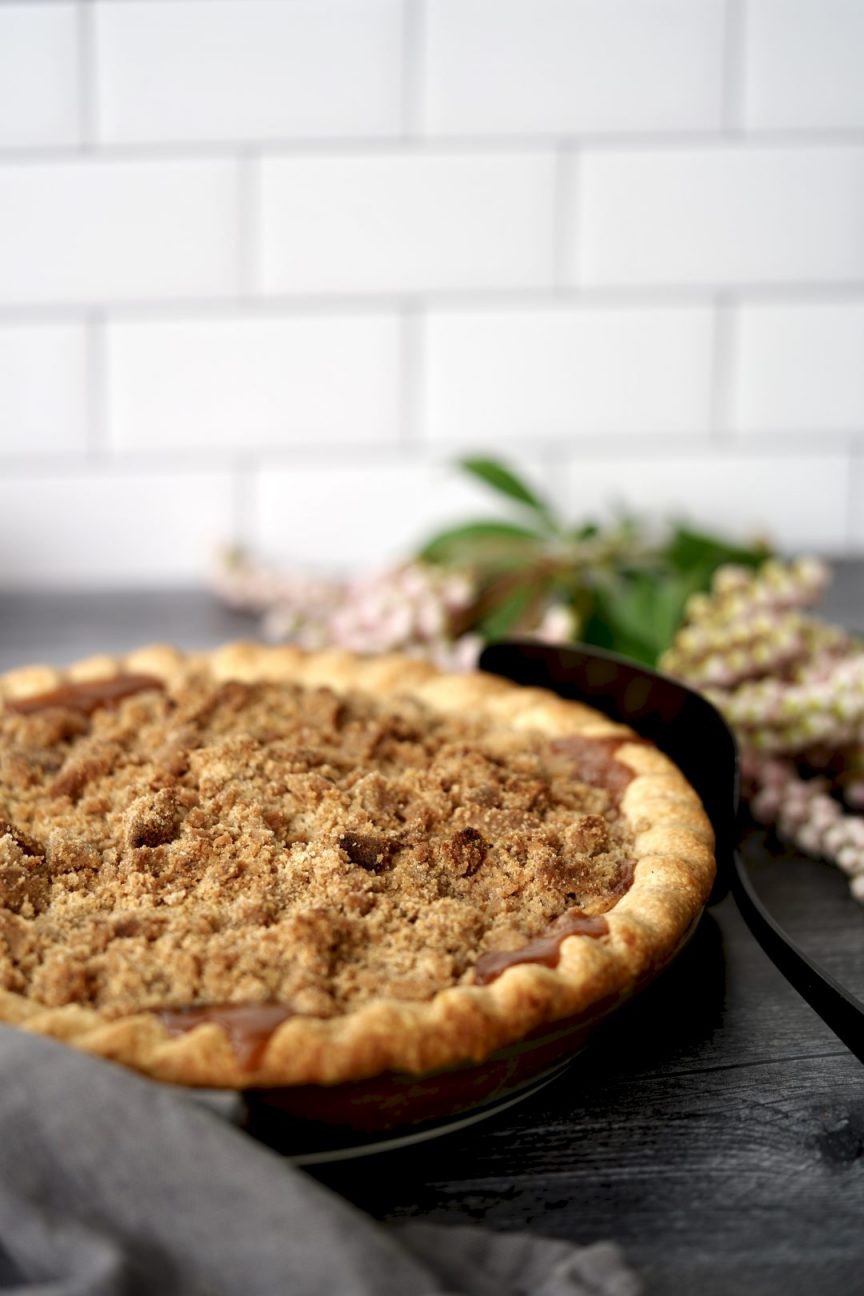 Thanksgiving is by far my favorite holiday. The focus on food makes it so. There is, however, a long standing debate about what pie should be served on this holiday, pumpkin or apple? Growing up, I always had both. I was team pumpkin, my sister was team apple all the way and my mother liked both. And the fact that we always had both, says a lot about who my mom is, a peacemaker. My apple crumble pie is a worthy condendor for your next holiday, Thanksgiving or otherwise, and I hope you give it a try. 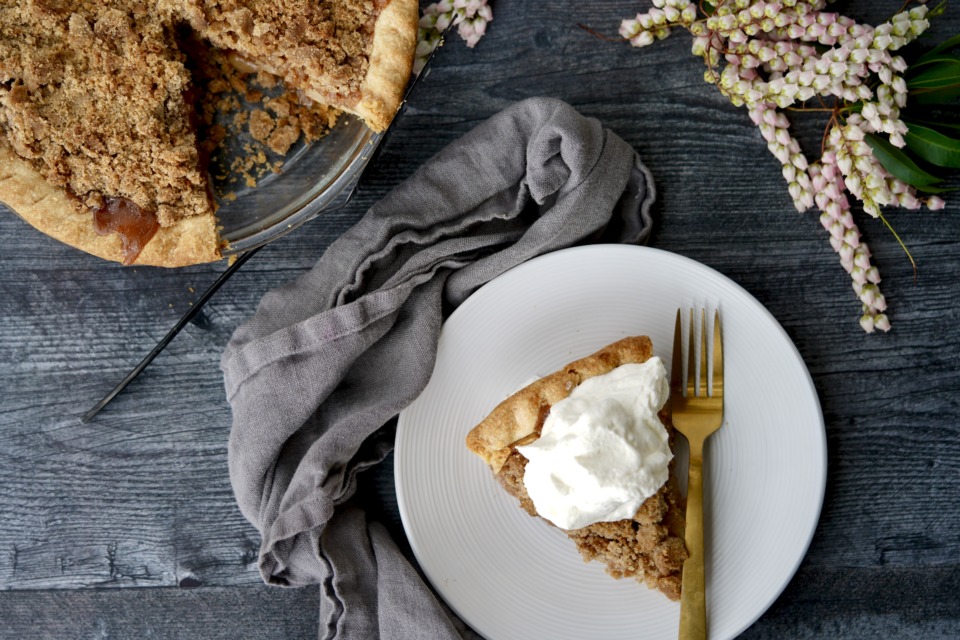