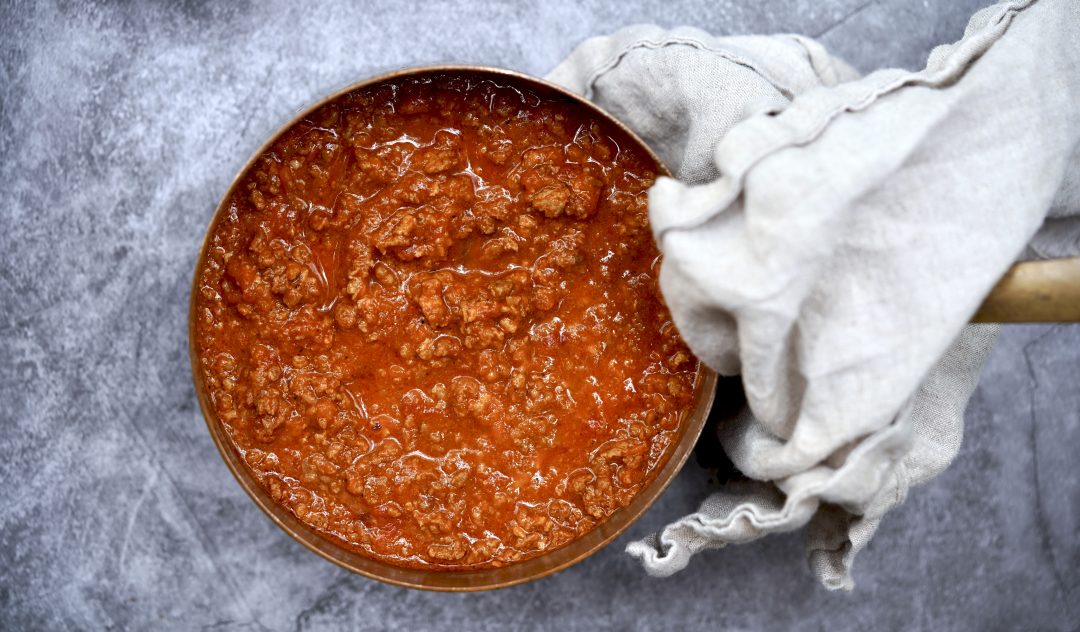 Bolognese, known in Italian as ragù alla bolognese, ragù bolognese, or simply ragù is a meat-based sauce in Italian cuisine, commonly associated with the city of Bologna. But contrary to popular belief, Bolognese has no definitive tie to the city of Bologna, in northern Italy. Food historians typically agree that the dish originated in Imola, a city that sits just west of Bologna, and is home to the earliest documented ragù sauce, dating from the end of the 18th century.

For those unfamiliar, Bolognese is a slowly cooked sauce, and its preparation involves several techniques, including sweating, sautéing and braising. Ingredients include a characteristic onion, celery and carrot, finely chopped beef, often alongside small amounts of  pork or sausage. White wine, milk, and a small amount of tomato pasta and or tomatoes are added, and gently simmered to produce a thick flavor sauce. 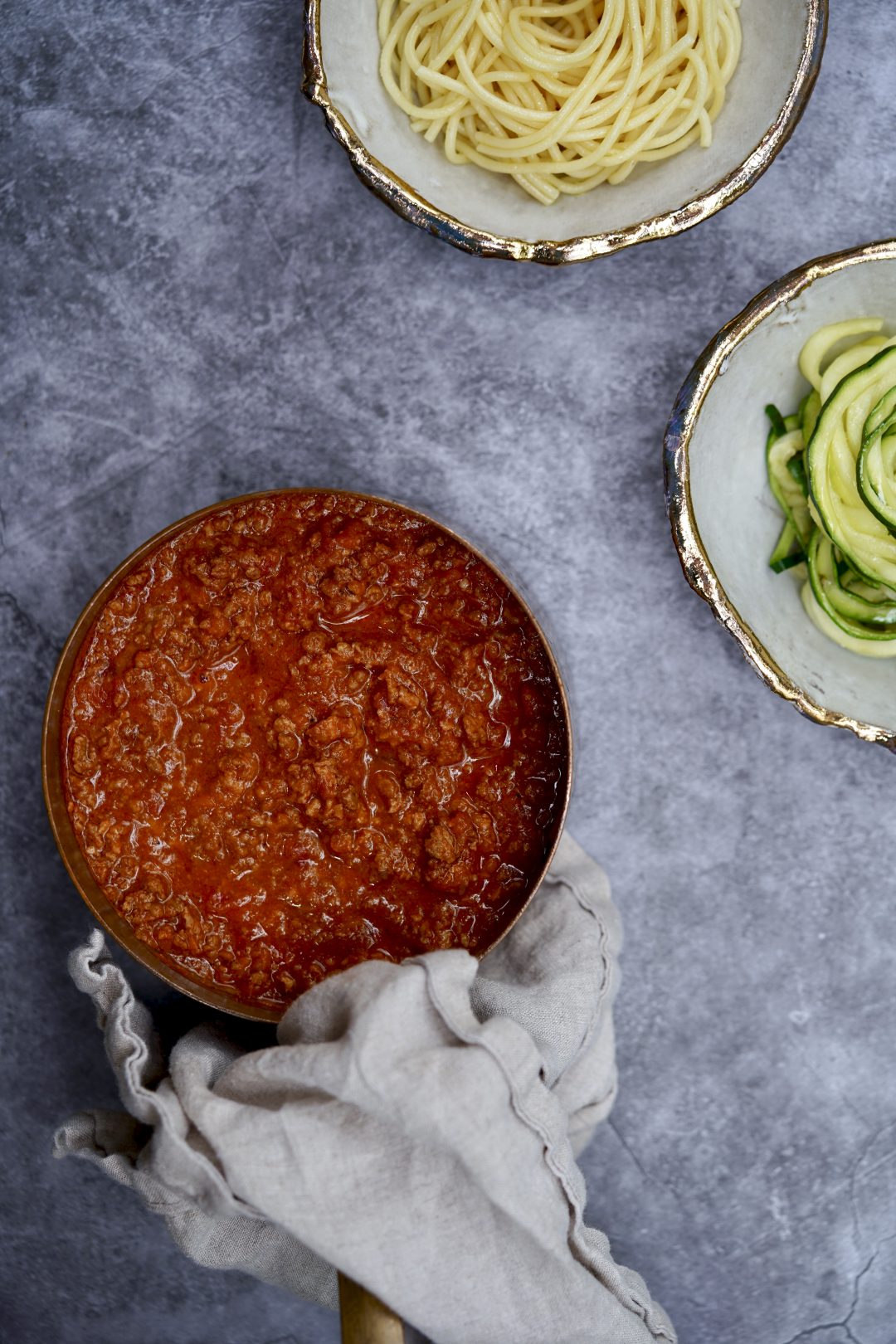 What’s the Difference Between Spaghetti Sauce and Bolognese?

Is there a difference between spaghetti sauce and Bolognese sauce? To be honest, they look and smell the same, but the taste is remarkably different. 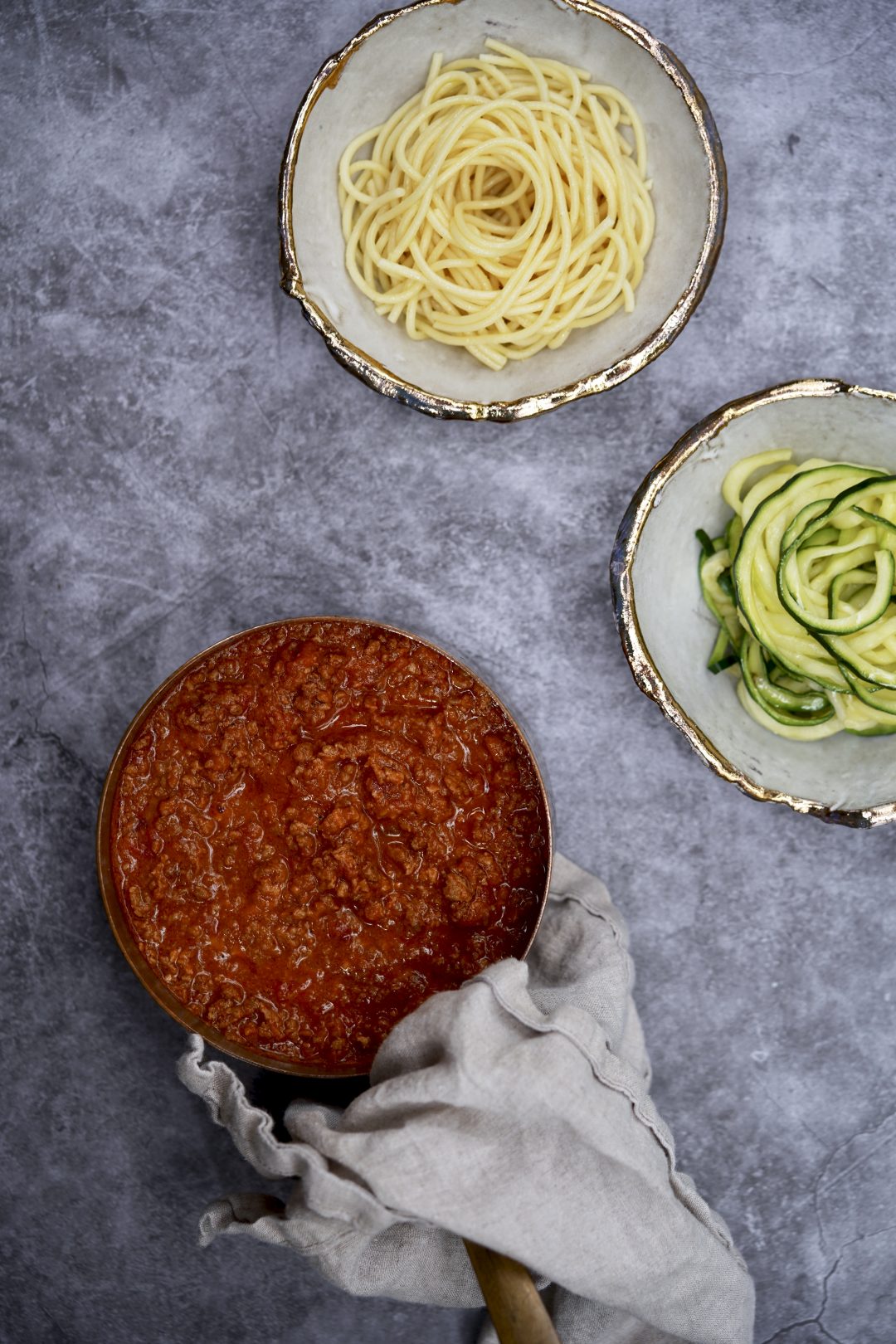 My older son asked me to make Bolognese for him after he fell in love with it while our family was traveling in Italy a few years ago.  As a kid, I also loved Bolognese, but had forgotten about it over the years especially since I stopped eating as much pasta. I perfected my Bolognese recipe during the the first few months of the COVID lockdown and it has quickly become a staple in my family meal repertoire.

In my recipe I use a combination of ground beef and ground pork sausage which I feels gives it the most authentic Italian taste that I remember from my trips to Italy. There are several techniques used in making this sauce properly, but nothing that is overly difficult, just slightly more time consuming. The truth is, you can’t rush a great Bolognese sauce, time is needed. Some things like rich flavor, you just can’t rush. I once read “a good bolognese can kindle a feeling of comfort and evoke memories”, I totally believe that now.

My boys like my Bolognese sauce served more untraditionally over a thinner pasta like spaghetti, many people would be appalled. More commonly you see this famous sauce served with a heartier pasta such as tagleatellie. My husband and I eat it over zucchini zoodles to cut down on the carb intake, so honestly, anything goes. 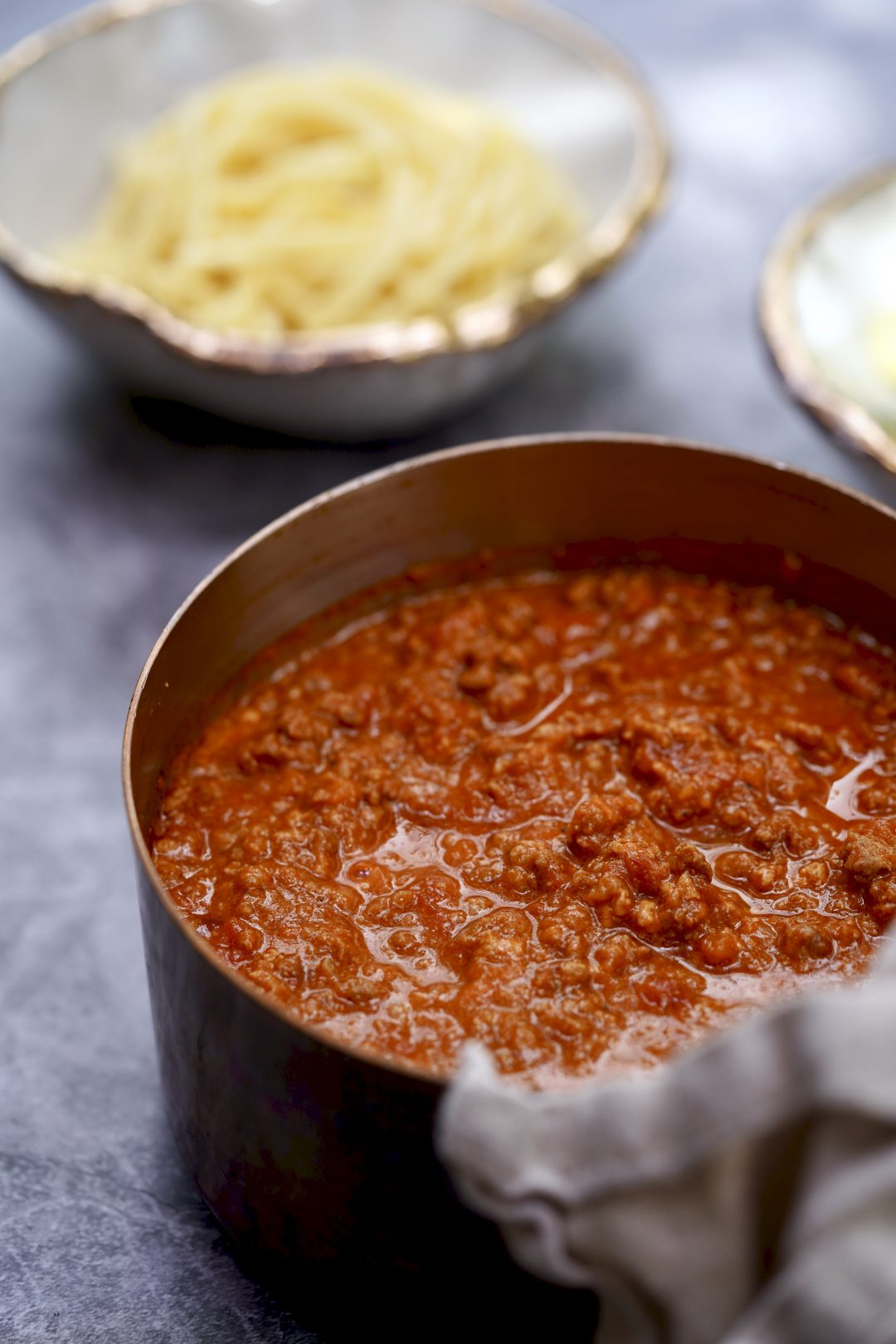