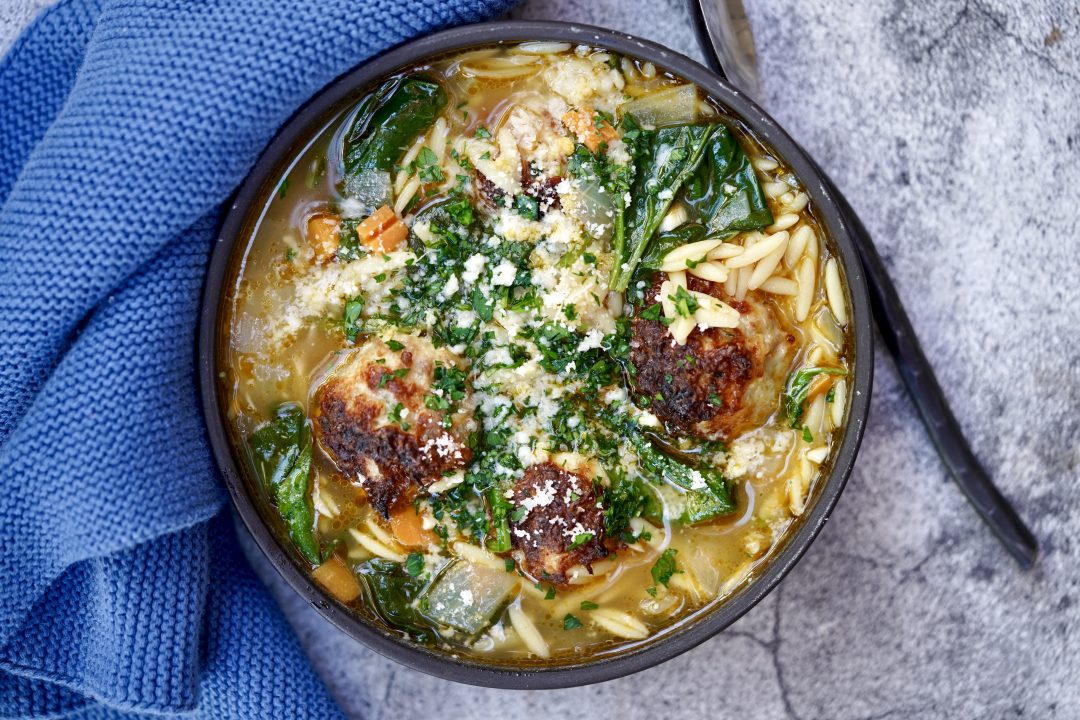 Its original name in Italian is minestra maritata, which translates to “wedding soup”. But some say a more appropriate name would be, “wedded broths”—as in leafy green vegetables (minestra) blended with meat (maritata). The marriage in this soup isn’t referring to the marriage between two people, like many believe, but rather to the dish’s nuanced flavors between the vegetables and meat. Blended and gently simmered, the two together make for a brothy union of complete perfection. 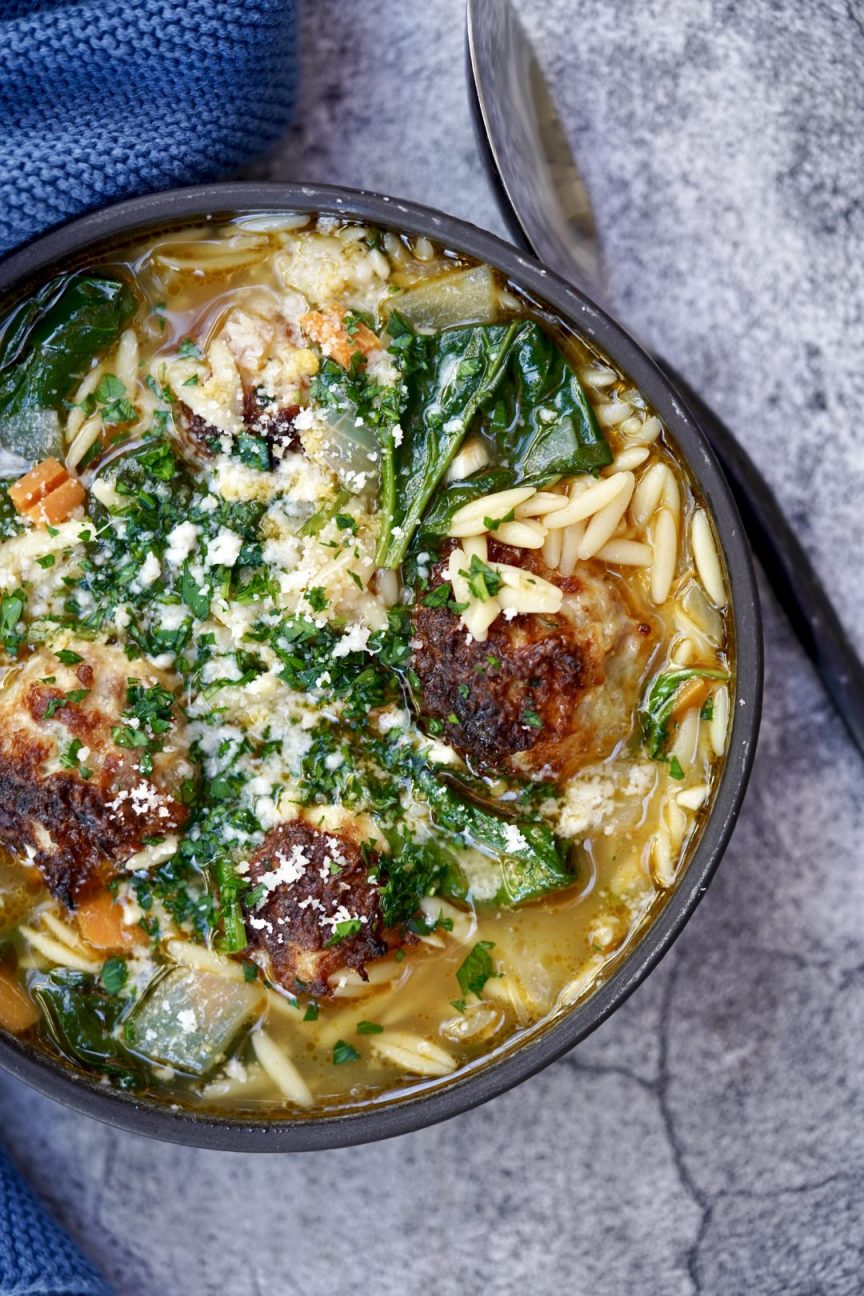 Wedding soup, or wedding soup with meatballs, as I call it, originates in the southern Italian region of Campania, where it’s found in various incarnations linked to traditional rituals. In the Alto Casertano, minestra maritata is related to the annual pig slaughter.  In the Irpinia zone of southern Campania, deep in the Apennines, most recipes for this winter dish also call for nnoglia di maiale, a salami made from pressed, cured pork lending itself to a rich, meaty flavor like none other. And the Neapolitan version is richer in its meat content. This version of the soup encompasses three separate broths: pork skin and other scraps, beef shank and hen. A variety of local greens from around the area, each prepared separately before joining the broths in their wedded matrimony. 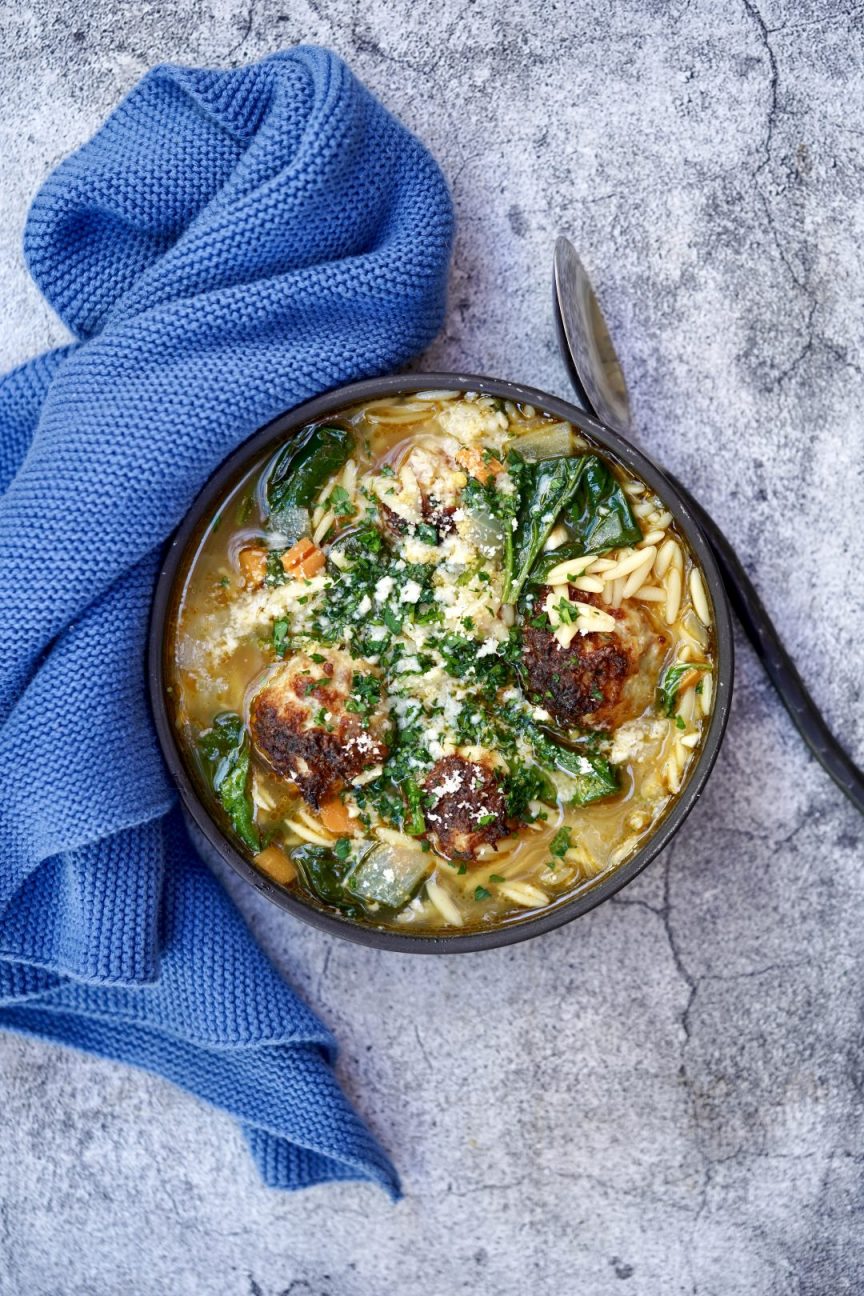 On the Amalfi Coast, the soup is prepared around Christmas as well as Easter. Owing to their distinct seasonal ingredients, the winter and spring versions could technically be considered two different dishes altogether.

Italian wedding soup history also has ties with America, where it was eventually brought by Neapolitans. The Americanized version is a lighter version. Some Americans considered the soup an exclusively winter dish, while others, like many Italians, embraced it in the springtime as well. Lacking the variety of bitter herbs readily available in south-central Italy, the diversity of greens was scaled back and reduced primarily to escarole in the States. The connection to the pork-slaughter ritual dissipated, small chicken meatballs crept into the equation, as did the addition of pasta and a new dish, with distinct similarities, emerged. 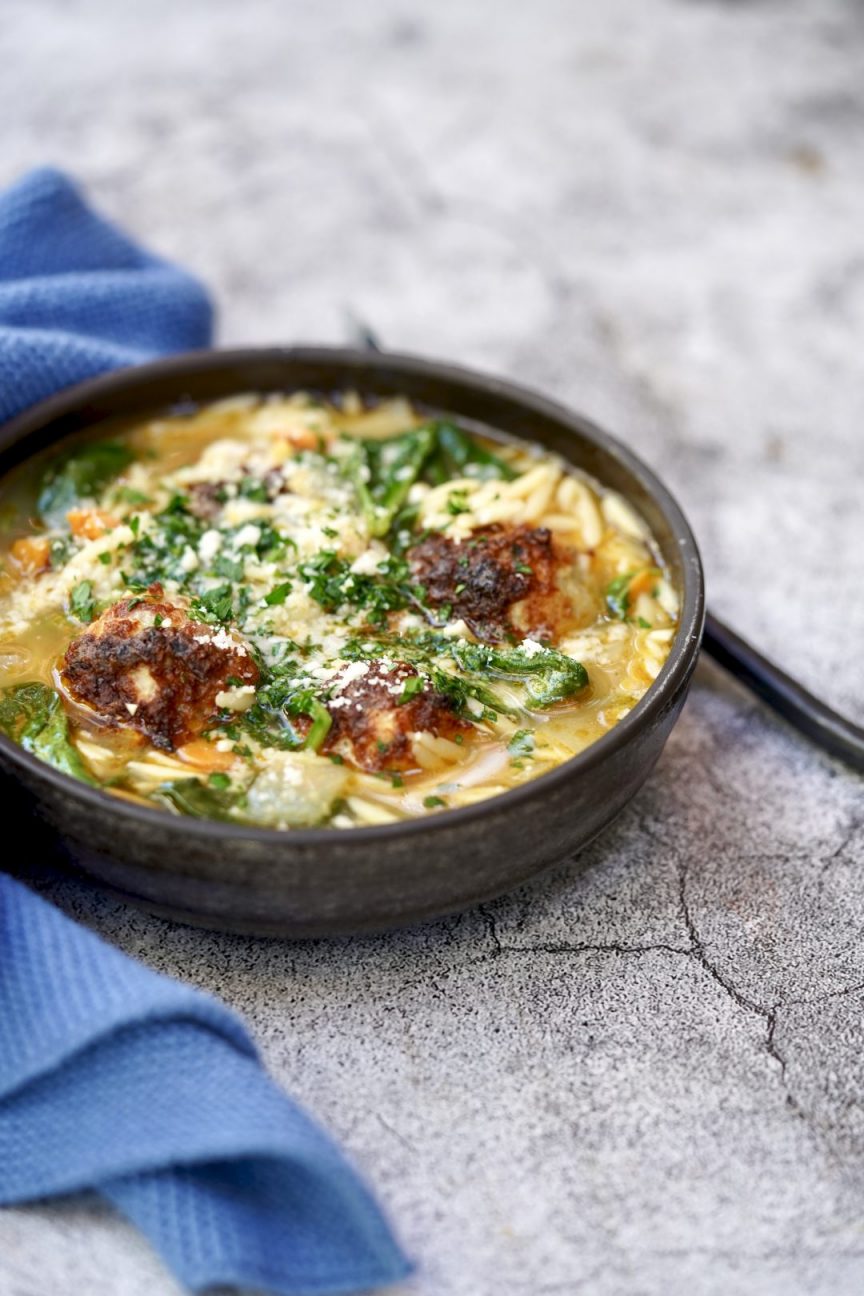 In the soup world, this wedding soup with meatballs may require a little more prep than some of your average soups, but trust me, it’s worth it. It also counts as a meal, at least in my house. Served with a simple green salad and some freshly baked bread, you really can’t go wrong. 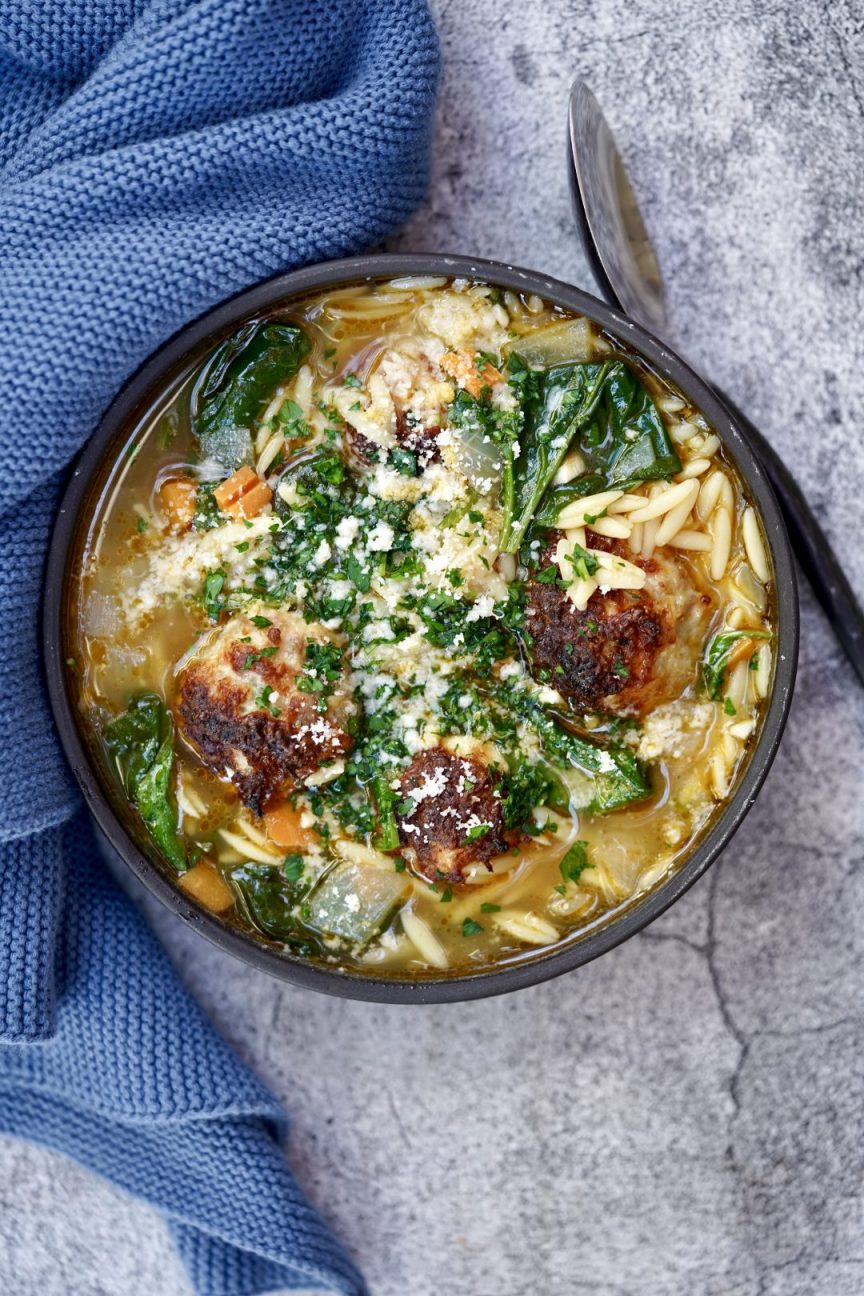 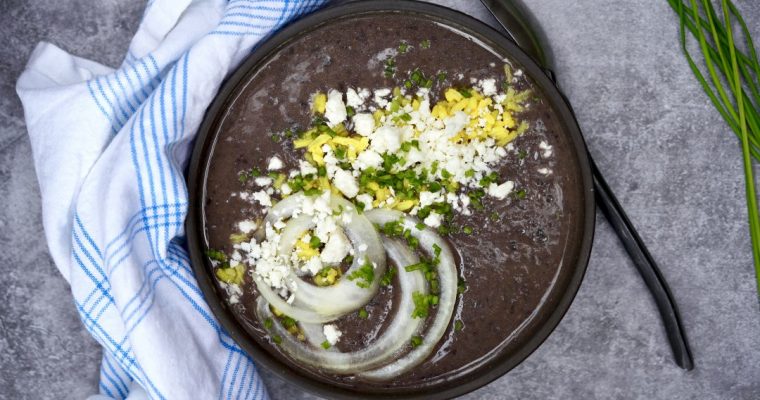 I love soup. Soup is comforting, healing, often healthy, hearty and, with the exception of consommé, relatively easy to make. I honestly think I could eat soup every day, even in the summer. This black bean soup is a favorite of my family.  To me it […]