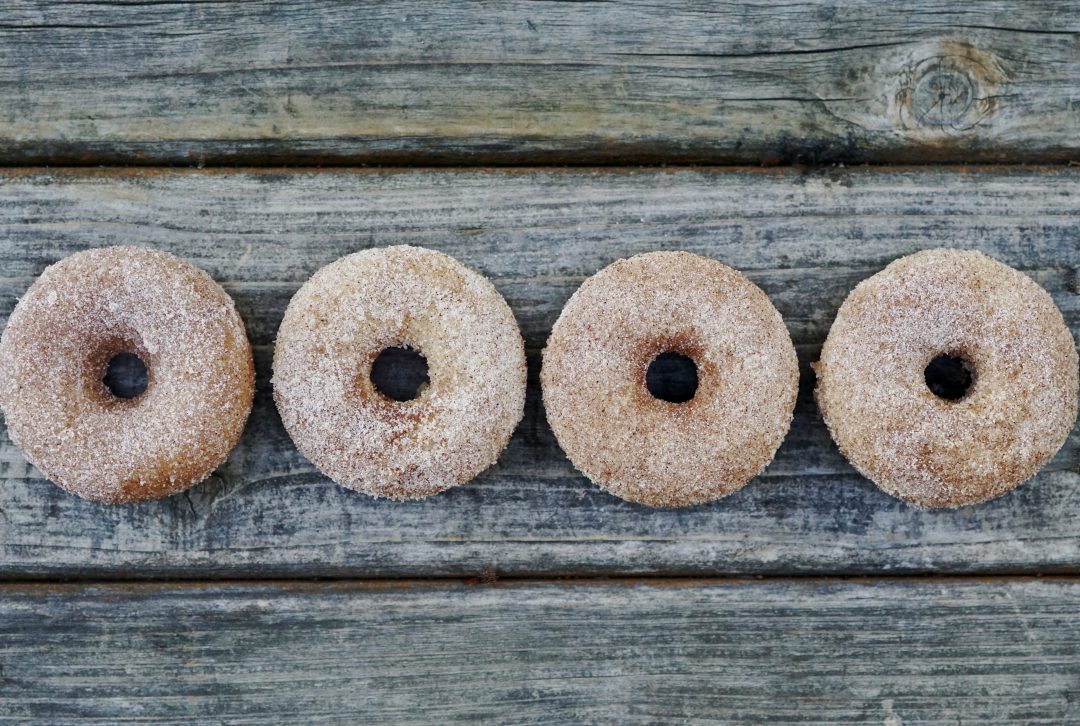 When I was a kid, I wanted to be the President, a lawyer, and Martha Stewart–in that order.  I gave up on the Presidency once I learned the odds.  I remained focused on law school until I worked as a paralegal and married a lawyer instead.  I ended up in culinary school and although I am, by no means, Martha, I still want to be Martha-like.  Although I do not know her, making homemade donuts makes me think of Martha.  I think if you’re going to eat a donut, even Martha would say to make it a great one.  These cinnamon-sugar donuts are great ones.

I have had a donut pan for years, I think it was a gift from my mother-in-law.  I recall this pan coming with a very fancy flavored donut mix of some sort.  I vividly remember making donuts for the first time with my youngest, who is a self-proclaimed donut addict.  (We don’t necessarily eat donuts regularly in our house, but they are a requirement for all family members’ “birthday morning surprise” and we periodically have them around as a special treat.)  As for the fancy donuts, they were not a hit.  So the donut pan disappeared in my specialty pan drawer not to be seen for years. 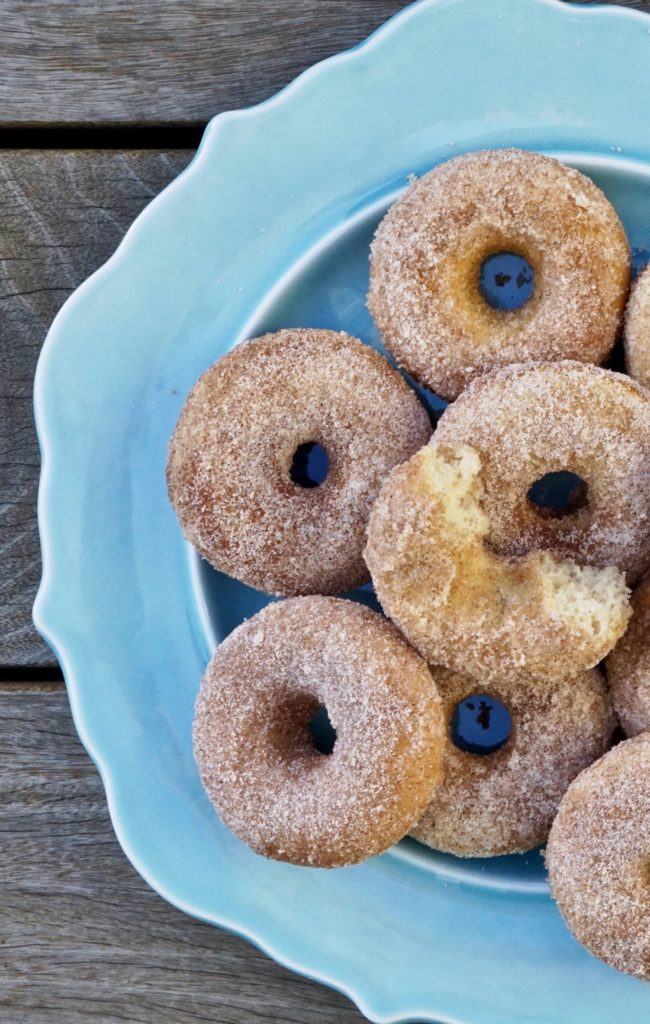 Now a food blogger, I’m inundated with photos and ideas from social media but mainly from my family who simply ask me to make something different.  My little one asked for homemade donuts recently, and so it began.  While I often develop recipes geared toward the person I have in mind, these I did not.  I love a great donut myself, so I went with what kind of donut I like best.

Somewhat cake-light, but not dense; fluffy but not too airy; sweet but loaded with cinnamon: and petite, rather than enormous.  Thankfully, I still had my special donut pan from years ago, and I put it to work testing batters.  After much long, indulgent, caloric testing, I found a keeper.  And thanks to my little donut pan, they baked easily in the oven without much hassle at all.

When it comes to flavors, I love a warm donut dusted in cinnamon and sugar.  My family gobbled these up within seconds.  I actually could not coat them fast enough, as they kept disappearing from my work station.  This is a simple recipe that kids may enjoy making with you.  As with many recipes I post, you can easily adapt the amount of sugar up or down for desired sweetness.  Whether you serve these with coffee or a glass of milk, I think Martha would approve.