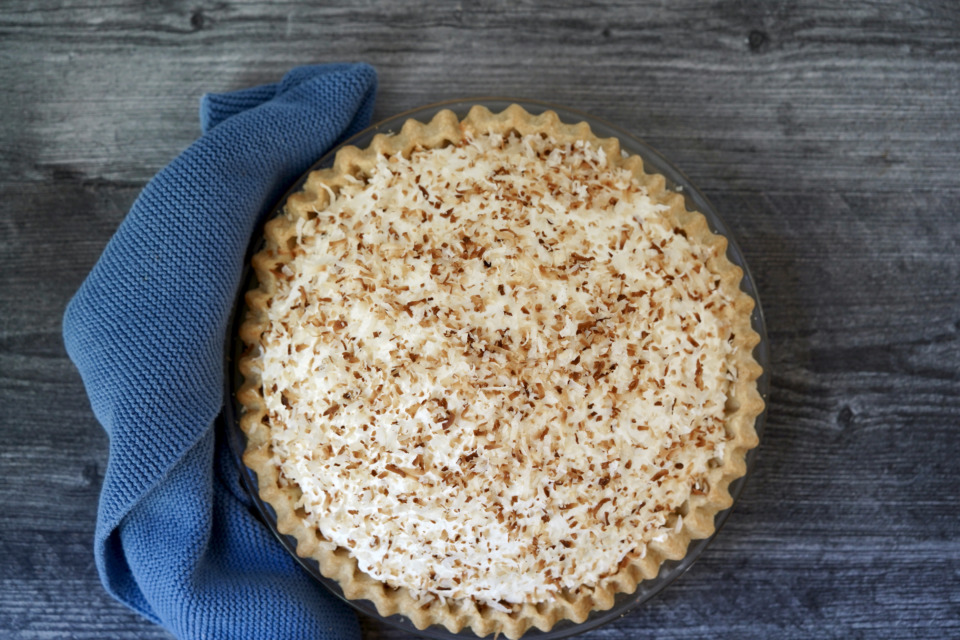 Coconut cream pie falls in the “retro dessert” category. By retro, I mean an old fashioned/vintage dessert that evokes a feeling of nostalgia whenever I have it. This old-school dessert, may have fallen in-and-out of popularity over the years, but it should not be forgotten. From custards and puddings to jiggly mid-century confections, many “classic” desserts have one important thing in common–they’re delicious. 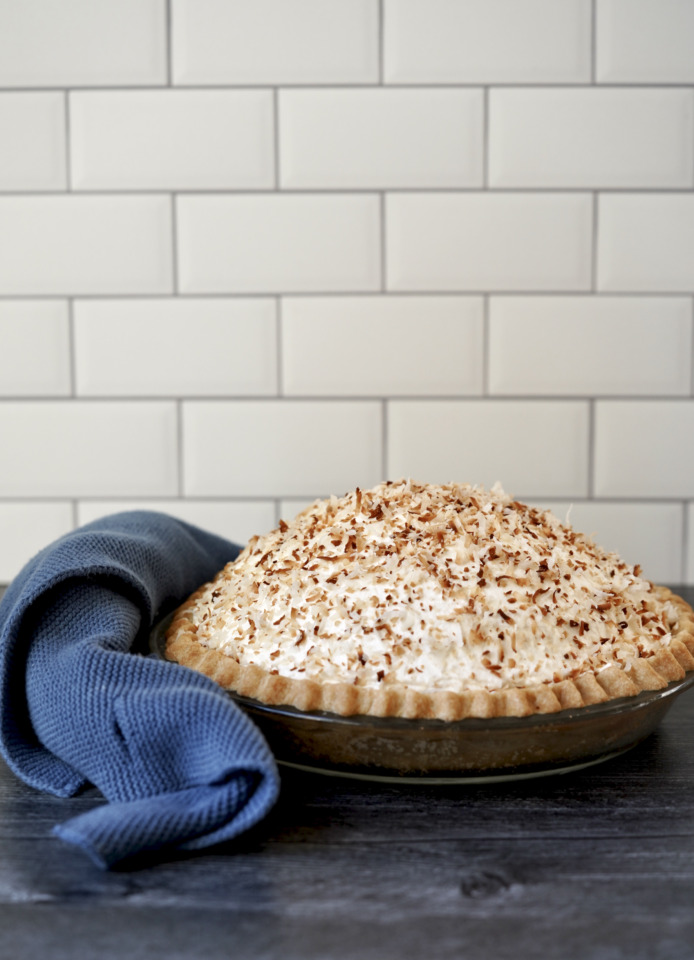 Coconut cream pie is also the one that has national recognition, National Coconut Cream Pie Day is May 8th and earned that recognition as a pie has been around a very long time. In the 19th century, with advances in importing and exporting perishable goods, Americans and Europeans fell in love with tropical fruits like bananas and pineapples. Coconuts were also on the radar, but they often spoiled on long voyages. People also lacked an understanding about what one actually does with a coconut. 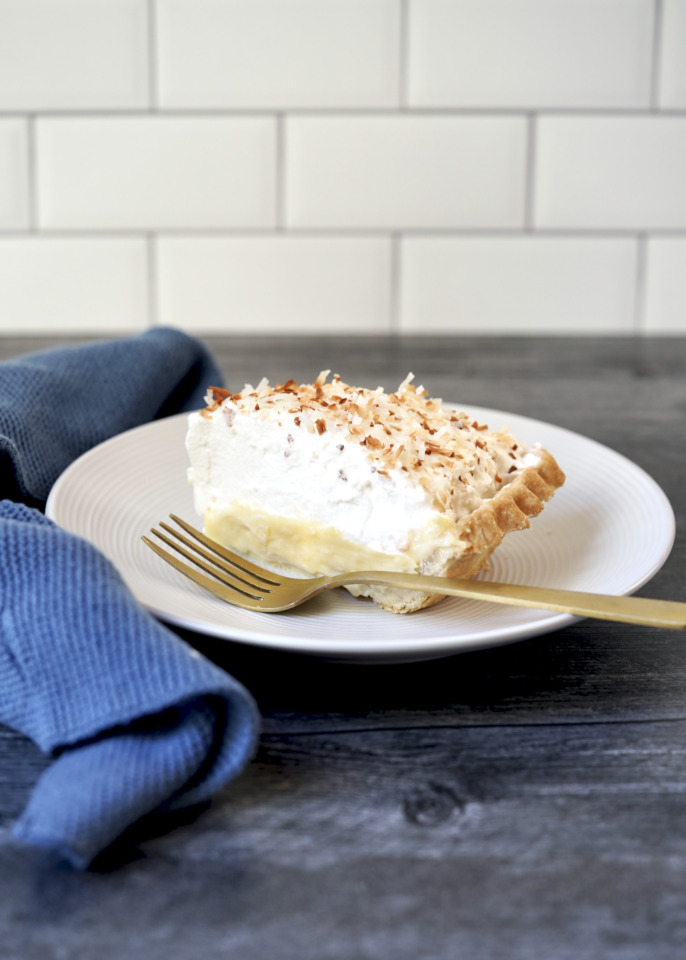 The coconut shipping problem was solved by a French export company in Sri Lanka. They were also the first to shred and dry coconut meat. I was this invention that made coconut more accessible to American and European chefs and increased coconut popularity worldwide.

Coconut as an Ingredient

Coconut, as a pie ingredient, got cemented around 1895. Franklin Baker, Sr, a Philadelphia flour miller, received a boatload of coconuts as debt payment from a Cuban client. Baker, searched for a buyer for his coconuts and learned a lot about the coconut business in the process. Baker realized there was an untapped market and set up his own factory to dry, shred and distribute coconut meat. Who owns the bragging rights for creating the first coconut cream pie, remains a mystery. But by the early 20th century, you could find coconut cream pies everywhere. 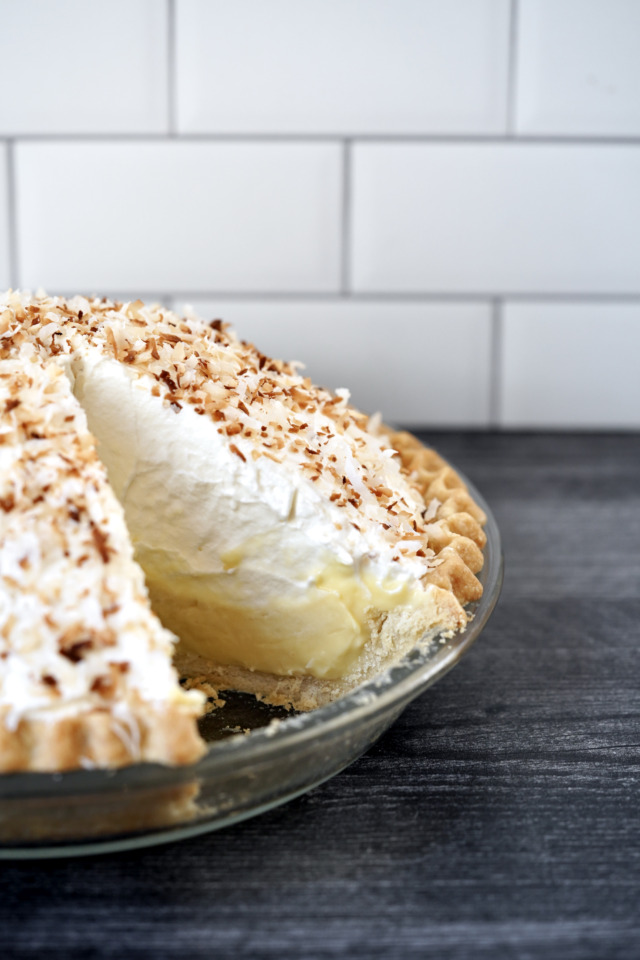 Like all pies in general, a coconut cream pie requires some effort, but it by no means impossible. In fact, I would even say, it’s somewhat easier to make a whipped cream top compared to making a decorative lattice top.

For my coconut cream pie, I opt for a slightly thinner layer of the rich coconut custard, which I feel creates a better balance, in comparison to the often overfilled restaurant versions. A cream pie is a very decadent treat, and too much of a good thing is overkill. The chill time required when making any cream pie is perhaps the hardest part, waiting to eat it is always difficult! This is a recipe I developed for my oldest son who is, and has always been, a devout coconut lover. 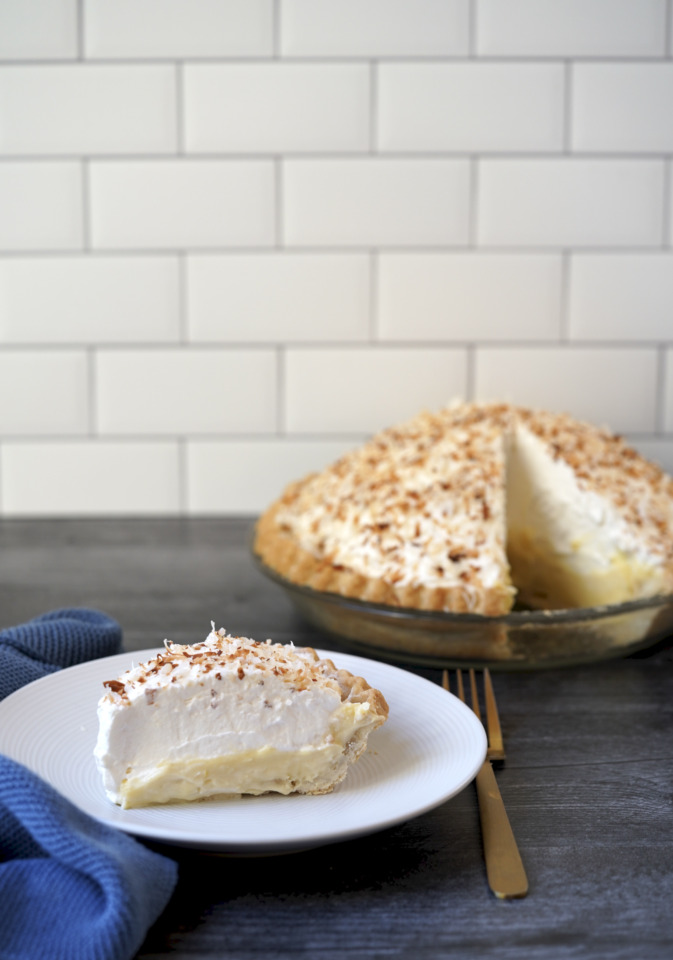