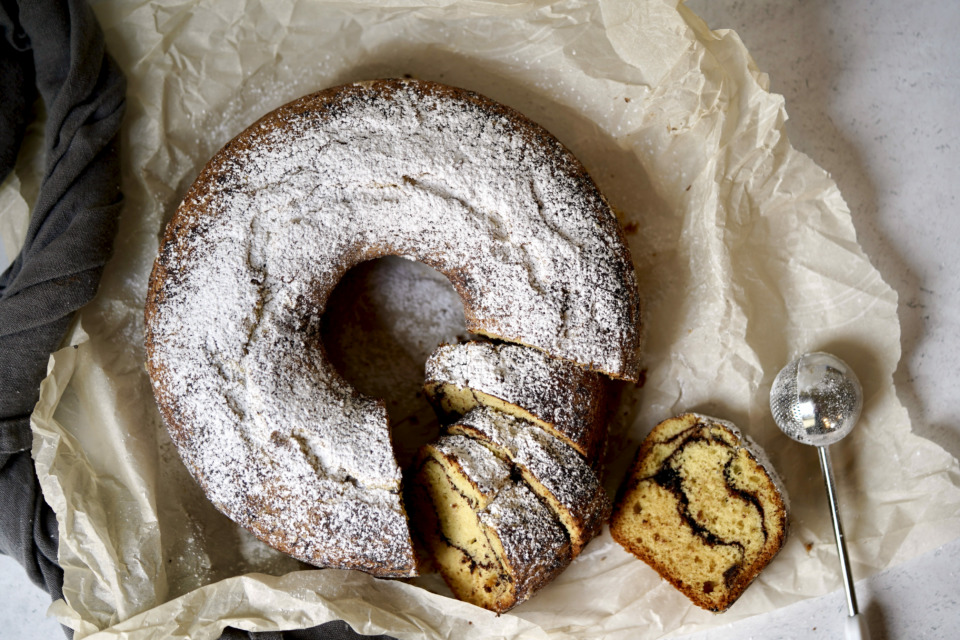 Mom’s are amazing. And I think it’s fair to say, being a mom is one of the hardest jobs there is. But the truth is, no one tells you that before you have kids, only once you’ve had them. But being a mom, I totally get it. It’s a learn-as-you-go, hope you don’t mess up too badly, kind of gig. I still remember the day when I admitted to my boys, around 3 and 5, that I was still new at this mom role and that they didn’t come with instructions. They found this hysterical.

Motherhood really is a journey; a marathon, not a sprint as they say. Looking back on all the mom years I’ve banked thus far, I can say I have been both the most patient and impatient person imaginable. Both of which have surprised me. I am not the mother I once was, but I think that’s both a positive and a negative, depending on how you look at it. I have learned a ton, but I’ve yelled a lot (more than I though I would…). Truth be told, I think most of us moms have, but not everyone will admit it. The fact is, to be a really good mom you need to be selfless, present, flexible, and resilient. You must also be ready, at any moment, for disaster to strike, because it will, but you’ll survive. Motherhood is a hard and exhausting, life-long job.

All that said, I love the Hallmark holiday of Mother’s Day because it’s a day of recognition for all the many sacrifices, big and small, us moms have made. For Mother’s Day this year I decided to post a recipe for myself, something I love; a chocolate marble bundt cake. My boys (and husband) are all chocolate lovers, but I prefer vanilla. So this classic bundt represents what I prefer; a fluffy vanilla cake with subtle cocoa swirled throughout. There’s also a little coffee thrown in there, because lets face it, coffee is a moms’ best friend. 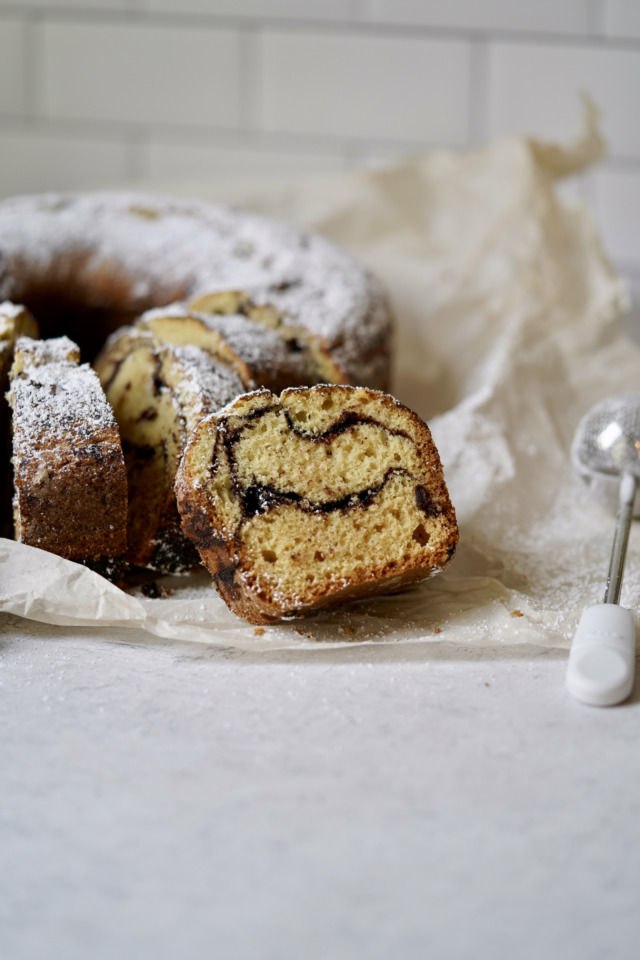 I have always been a bundt cake fan and I credit my maternal grandmother for that. Bundt cakes are relics of the the 1950’s, but represent of a time of growth and independence for moms. A Bundt cake is really just a cake of any kind that is baked in a special Bundt pan, shaping it into a distinctive donut shape. The shape is inspired by a traditional European cake known as Gugelhupf, but Bundt cakes are not typically associated with one single recipe. The style of the mold in North America was popularized in the 1950s after the cookware manufacturer Nordic Ware trademarked the name “Bundt” and began producing Bundt pans from cast aluminum.

A Bundt pan can take many shapes, from simple to elaborate, typically with fluted or grooved sides. A bund pans’ most defining design element is the central tube or “chimney“, as it’s called,  which leaves a cylindrical hole through the center of the cake, not unlike a donut hole. The design means that more of the batter touches the surface of the pan, helping to provide faster and more even heat distribution during baking. 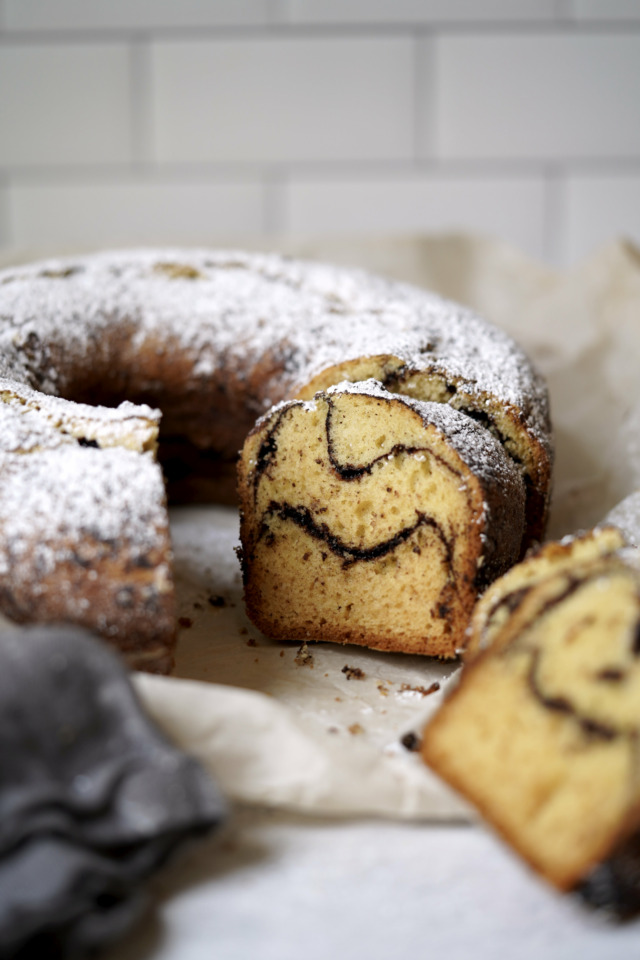 Initially, when first introduced, the Bundt pan sold so poorly that Nordic Ware considered discontinuing it. The product received a boost when it was mentioned in the 1963 New Good Housekeeping Cookbook, but did not gain real popularity until 1966, when a Bundt cake called the “Tunnel of Fudge“, baked by Ella Helfrich, who took second place at the Pillsbury Bake-Off. Helfrich won $5,000 for her recipe but the resulting publicity resulted in more than 200,000 requests for Bundt pans. This quickly led to the Bundt pan surpassing the tin Jell-O mold as the most-sold pan in the United States. I think this is a really awesome “mom” story.

Seventeen plus years in, I can say I really do love being a mom, the good, bad and the ugly, and it does get ugly at times.  So this chocolate marble bundt cake is what I’ll be requesting from my kids and spouse on Mother’s Day this year. And when I sit down with a giant slice of this cake, (that I did not bake) and my extra large Sunday morning cup of coffee, I’ll be thinking about all of the awesome moms out there who give constantly and unconditionally without reservation.